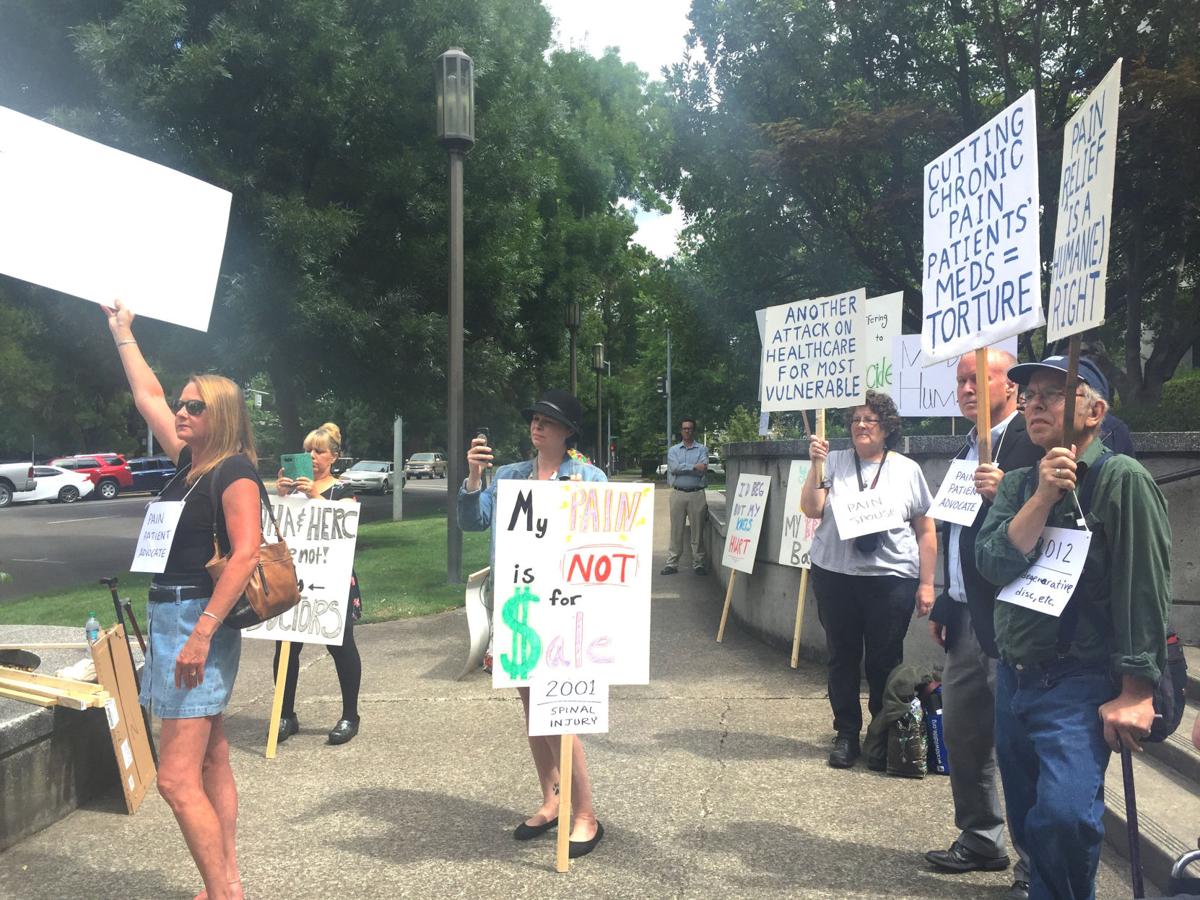 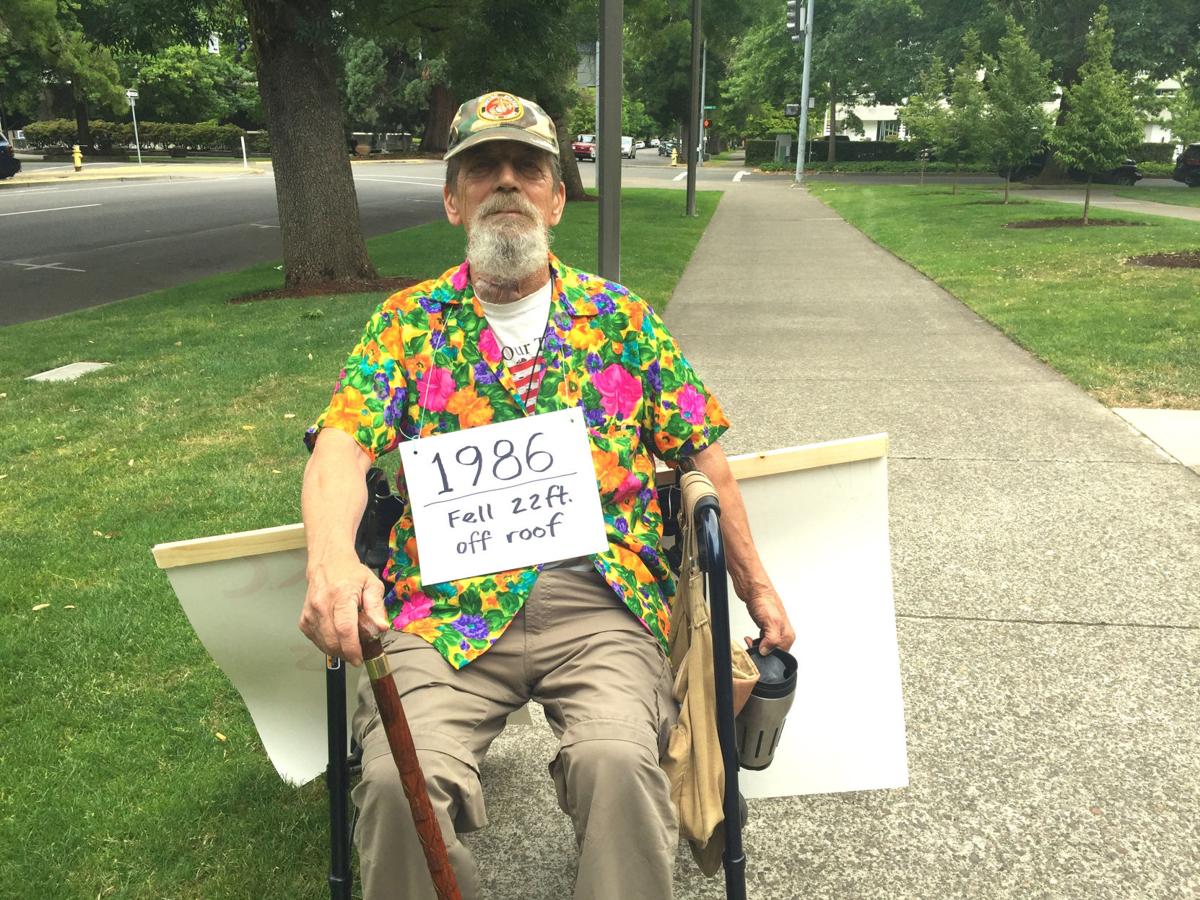 Tim Harless of Tigard demonstrates in support of opioid access for chronic pain patients during an event at the Oregon Health Authority office in Salem July 19, 2018.

Tim Harless of Tigard demonstrates in support of opioid access for chronic pain patients during an event at the Oregon Health Authority office in Salem July 19, 2018.

In an effort to reduce opioid addiction, a state commission is considering changes to dramatically decrease how much opioids some chronic pain patients could receive under the Oregon Health Plan.

A proposal recommended by Oregon Health Authority’s Chronic Pain Task Force would limit prescriptions to treat certain pain conditions to short-acting opioids prescribed for no more than seven days. The opioids could be prescribed for no more than a total of 90 days. Patients would be able to access previously uncovered alternative treatments by acupuncturists, chiropractors and other specialty providers.

“We are in an opioid crisis in Oregon,” said Jonathan Modie, an OHA spokesman. “Over prescribing has been the main driver of overdose and death. We want to make sure patients have more non-pharmacological options such as acupuncture, massage therapy and chiropractic care.”

The proposal follows guidelines that the Health Evidence Review Commission approved earlier this year for patients with chronic back pain.

A group of patients with chronic pain conditions has already organized to oppose the proposal. They demonstrated against the proposal Thursday, July 19, outside of the OHA office in Salem.

They said the proposal shows a lack of understanding of what it’s like to live with chronic pain.

Tigard resident Tim Harless, who is a Marine Corps veteran, said he has had back pain since falling off a roof in 1986. He has had a lumbar reconstruction and recently had two discs in his back replaced

Without opioids, he said, it would be too painful to perform basic daily activities such as showering, driving or participating in the demonstration opponents held Thursday.

“It gives me a respite and increases quality of life because with that respite they’re able to do stuff,” Harless said.

Another demonstrator, who goes by “Julia” and declined to give her full name, said she tried non-opioid treatments for eye pain for several years after an experimental surgery to address blindness. Taking opioid on a regular basis finally gave her relief, she said.

The commission should distinguish between addicts and pain patients, she said.

“The way you tell the difference is pain patients have pills left at the end of the month; addicts don’t,” she said.

The policy on opioids for some of these chronic pain patients is not final and could change as commissioners hear stories from patients during a public comment period, said Dana Hargunani, OHA chief medical officer.

The commission could vote on the proposal as soon as October, she said. It could hear the final recommendation for the policy as soon as its Aug. 9 meeting.

Oregon saw a more than 5 percent spike in drug overdose deaths in the 12-month period ending April 3, according to the federal Centers for Disease Control and Prevention.

In March, Gov. Kate Brown declared drug addiction a public health crisis and signed an executive order that requires the state Alcohol and Drug Policy Commission and certain state agencies, such as the OHA, to develop a statewide strategic plan for addiction prevention, treatment and recovery.