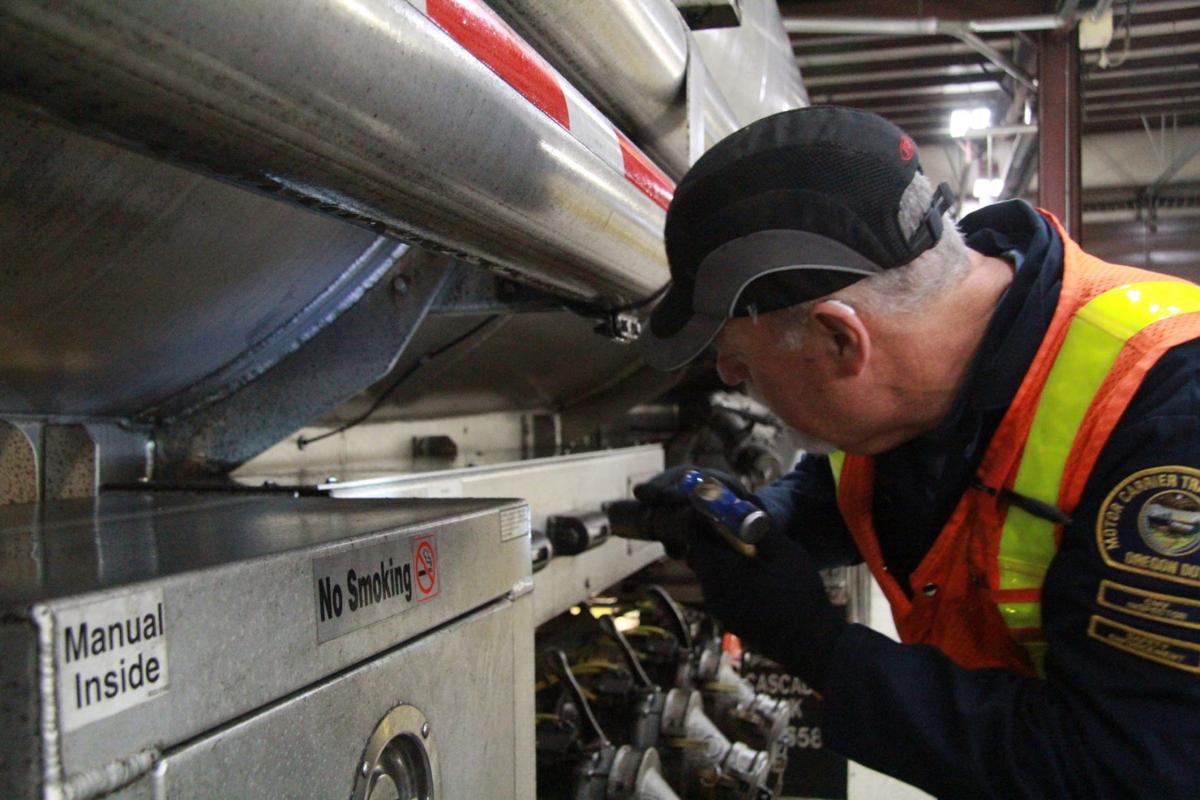 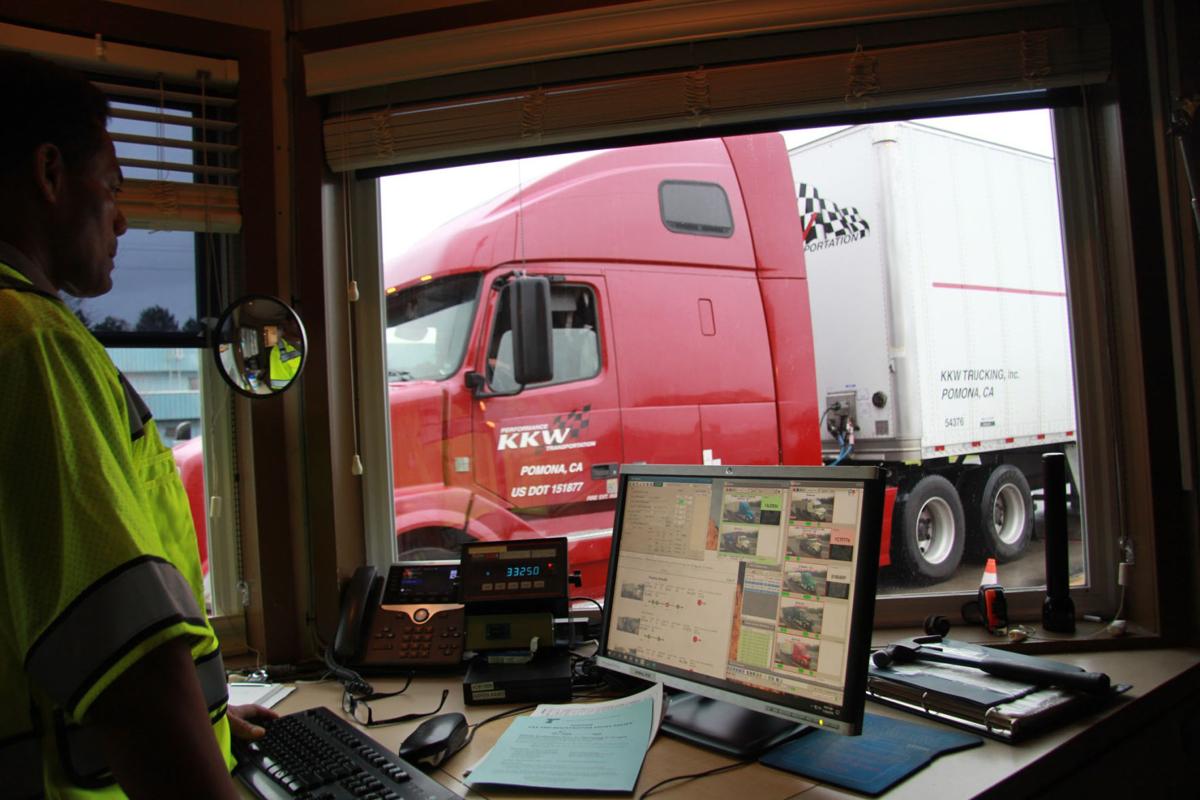 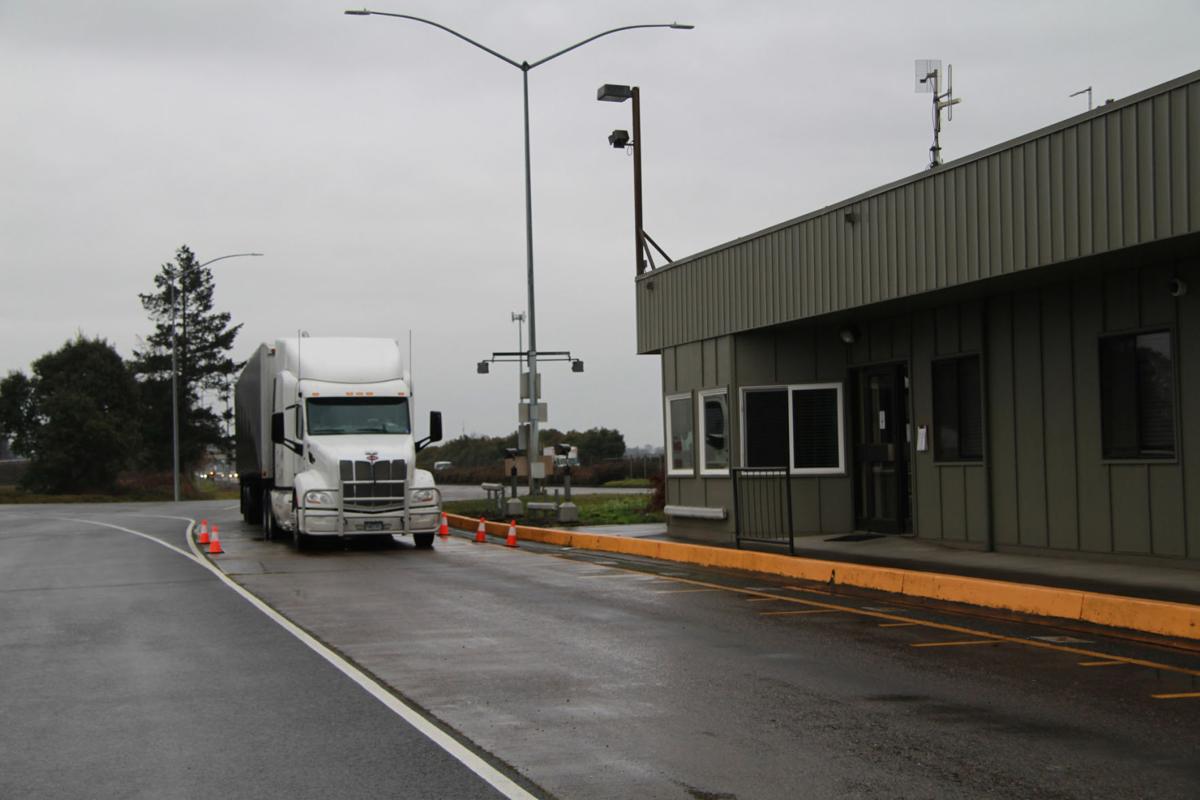 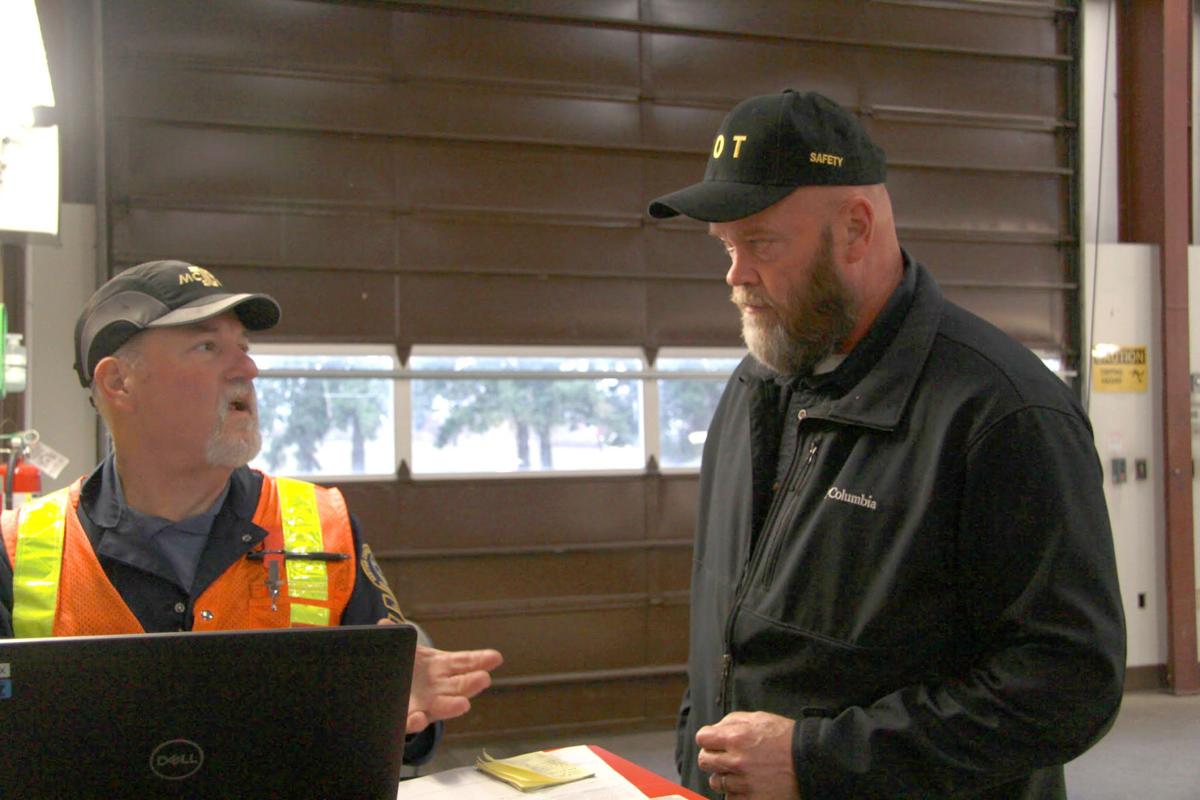 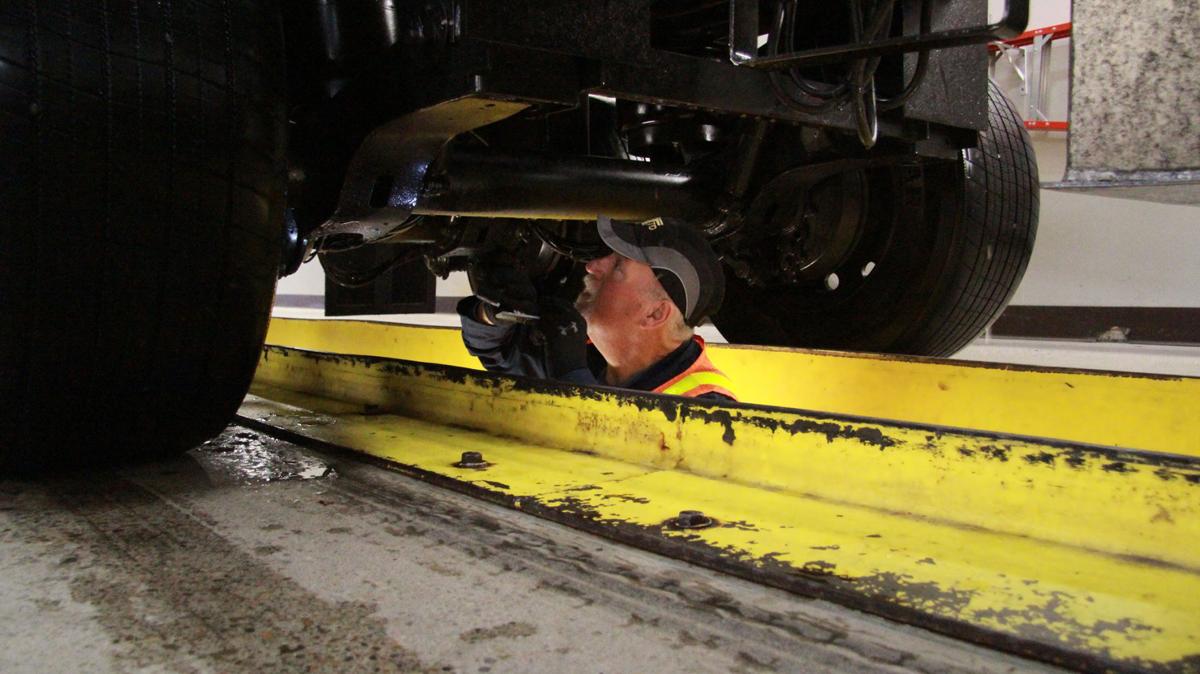 Gagandeep Singh was traveling south on Interstate 5 near Woodburn when smoke started boiling up from under his Volvo tractor-trailer and filling his driver’s cabin.

He pulled to the shoulder and was out investigating when a Freightliner tractor-trailer driven by Rex Hollopeter, 51, of Salem, sideswiped Singh’s.

The wreck, which hospitalized Hollopeter, closed the freeway for hours.

Then, another truck accident in the northbound lanes snarled traffic even more.

The high-profile crashes in October raised fresh questions about the safety record of an ever-increasing number of commercial trucks rolling down Oregon’s highways.

Yet state data shows that despite the increasing miles put on by truckers, their accidents rates have held steady and even dipped in recent years.

In 2008, Oregon saw 2,113 truck crashes on its roads, according to state Transportation Department data. In 2018 — the most recent year for which data is available — there were just 1,408 crashes. That number is surprising given that the number of miles traveled by trucks throughout the state grew by 181 million miles over the decade.

Between 2015 and 2018, ODOT data shows there were 5,934 truck crashes. That’s an average of four crashes a day. The highest annual total during that period, 1,608 crashes, came in 2017 when a January blizzard buried and closed roads across the state.

That means 2,849 crashes were caused by outside factors such as other drivers or brutal weather conditions. ODOT uses police reports to establish where to place fault. Police put the blame on drivers for a number of reasons, but at the top of the list are speeding, failing to remain in their own lane, following too closely, improperly changing lanes and failing to pay attention.

ODOT won’t release numbers for 2019 until all investigations are finalized to determine fault, but the agency does report its year-to-date numbers to the Federal Motor Carrier Safety Administration halfway through the year.

According to federal data, there were 858 truck crashes in Oregon as of June 30, with 23 fatalities and 289 injuries. The early numbers are on track to meet or slightly exceed Oregon’s average over the previous five years.

The Federal Motor Carrier Safety Administration also rates Oregon for its response to crashes and inspection of trucks. The agency gave the state a “good” rating on its last assessment, with a score of 90% or better in all 10 criteria including inspection timeliness, accuracy and completeness. “I think that rating reflects the importance that safety has in Oregon. It’s our number one priority across all of ODOT,” said David House, spokesman for ODOT’s Motor Carrier Division.

According to House, Oregon’s rating isn’t about comparing itself to other states, rather looking at where it can do better in efforts to educate, train and inspect motor carriers across the state.

While truck miles traveled continue to climb, increasing by 10 percent between 2008 and 2018, Oregon’s truck crash rate is declining, the state data showed. From 2005 to 2008, Oregon averaged 1.13 crashes per million vehicle miles traveled. Between 2015 and 2018, the state’s average dropped to 0.80. Oregon’s crash rate reached its lowest in a decade at 0.73 in 2018 with more than 1.93 billion miles traveled by trucks in the state.

“It’s encouraging that the (crash) rate isn’t going up in proportion to vehicle miles traveled, that doesn’t mean we can’t make it better and improve things through enforcement, education, engineering of roadways and emergency response,” House said.

In 2016, ODOT adopted a new transportation safety plan that envisions zero deaths on Oregon’s roads by 2035. The Motor Carrier Division is responsible for three of the four areas crucial to ODOT’s vision: education, enforcement and emergency response.

Those functions are administered from 173 inspection and weigh stations located throughout Oregon, but only a handful are open full time. Those include the ports of entry in Ashland, Woodburn, Klamath Falls, Cascade Locks and Huntington.

The trucking industry is mostly regulated by the federal government, but licensing and registration is handled by states. That means education plays a huge role in the state’s efforts to continually improve safety.

In that effort, ODOT has a partner in the Oregon Trucking Associations, the trade organization of close to 600 members that advocates for Oregon’s truck companies and drivers. The organization also provides training and information on new rules and regulations related to safety.

“We work closely with the Motor Carrier Division and try to give them feedback on what see works and doesn’t work,” said Jarvis. “Safety is the number one priority for our organization.”

Jarvis and Waylon Buchan, the association’s director of government affairs, lobby at the state and federal level.

In recent years, the biggest change they’ve seen to improve safety was a federal mandate to use electronic log books to better track driver hours and enforce breaks. Before the 2017 mandate, drivers did their logbooks by hand, allowing some drivers to fudge their numbers to continue driving and earning.

“We’re always going to have safety as part of the calculation whether supporting or not supporting something because ultimately we want our drivers and passengers on the road to get home safely,” Jarvis said.

Enforcement of regulations is also an important part of ODOT’s safety equation, but the agency’s attitude toward enforcement has shifted in recent years from punishing truckers and trucking companies to educating them.

By mid-November, the agency had issued more than 2,900 warnings and citations from 16,516 inspections. Drivers can be cited for improper maintenance of critical systems including brakes or how loads are secured, weight violations, failure to maintain a medical exam certificate, outdated registration and not carrying chains when required. Most of those citations require the driver to fix the issue within a certain amount of time, while others carry monetary penalties.

According to data, one in five citations is serious enough that inspectors place a truck out of service until fixes can be made on the spot or the truck towed. That’s on par with national statistics.

“If safety is your priority, then enforcement isn’t about punishment, it’s about education,” House said. “We don’t want to punish you or put you out of business. We want you to do it right.”

For Brown, preventing accidents and massive traffic disruption caused by crashes like the fiery Woodburn incident begins with those contacts between inspectors and drivers, where ODOT can be an ally rather than antagonist.

“I would love to be a resource for every driver out there to try to help. I think it’s critical that we do that,” Brown said. “We have to enforce regulations, and sometimes that’s unfortunate, but at the same time, the more informed everyone is out there, the better off we are.”