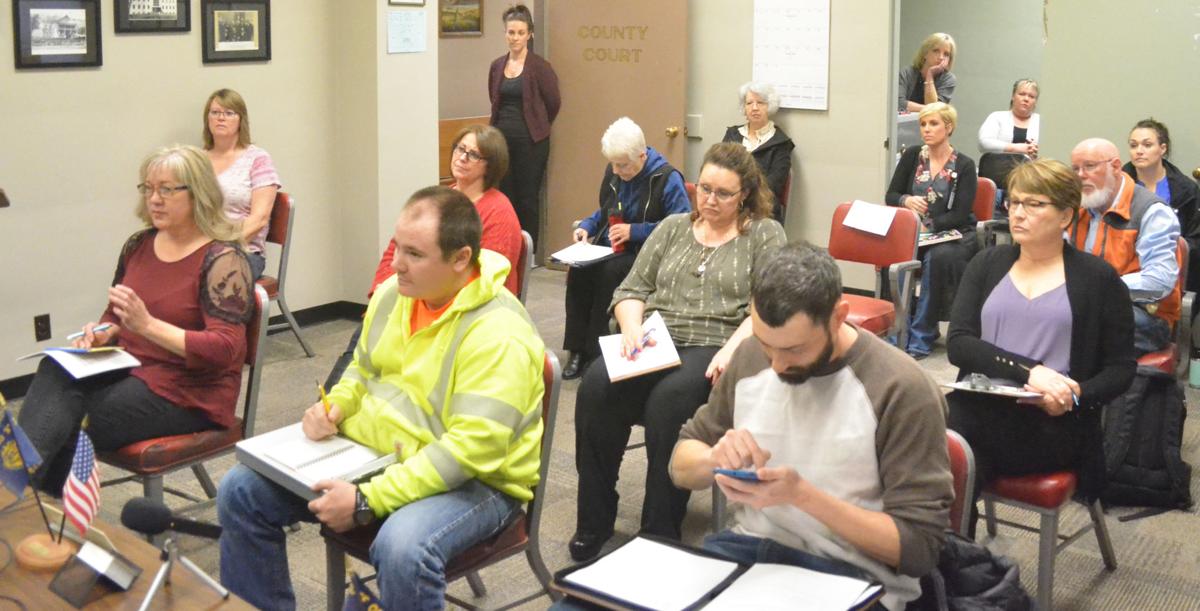 Grant County Court’s special meeting March 18 was limited to 25, and attendees were not to sit within 3 feet of another during the proceedings. 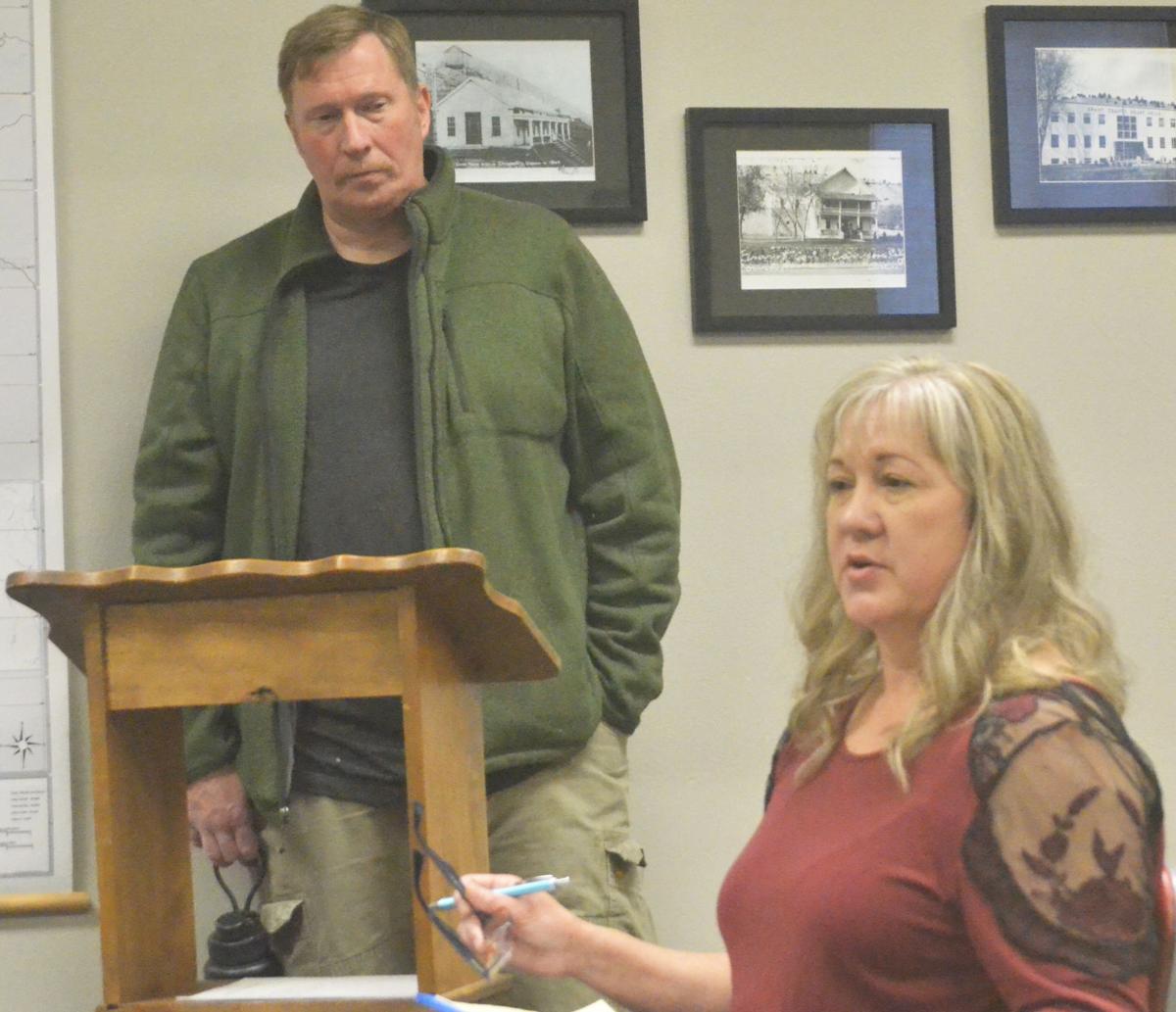 From left, Grant County Commissioner Sam Palmer, County Judge Scott Myers and Commissioner Jim Hamsher voted unanimously to declare a state of emergency in response to the outbreak of the coronavirus March 18. 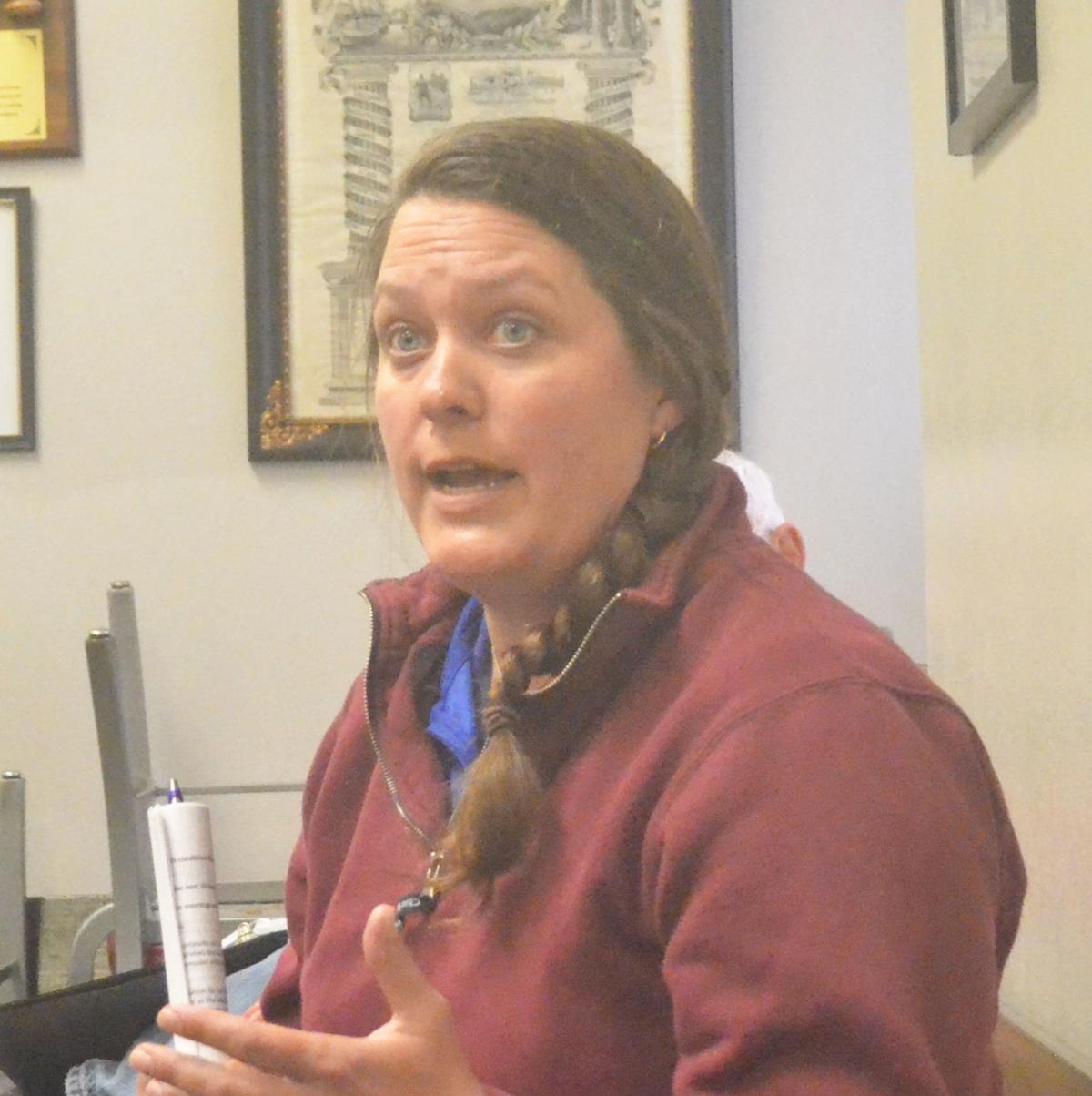 Grant County Court’s special meeting March 18 was limited to 25, and attendees were not to sit within 3 feet of another during the proceedings.

From left, Grant County Commissioner Sam Palmer, County Judge Scott Myers and Commissioner Jim Hamsher voted unanimously to declare a state of emergency in response to the outbreak of the coronavirus March 18.

Grant County Court declared a local state of emergency March 18 in response to the coronavirus to qualify for state and federal reimbursements for resources used to respond to the global pandemic.

The declaration will give the county flexibility in responding to the public health crisis.

Dobler was named incident commander of the county’s coronavirus response team on the recommendation of Grant County Sheriff Glenn Palmer in an emergency court session March 6.

County Judge Scott Myers said the intention is to have Dobler in the position on a temporary basis.

Dobler said he wanted to be clear that he is only stepping into the role because he was asked by the court.

“I’m taking hits in the public like I moved in on this position,” Dobler said.

County Commissioner Jim Hamsher said the court’s efforts are proactive, and the community needs to understand that the court, not the sheriff’s office, oversees emergency management in the county.

The county also approved $9,000 for supplies at the emergency operations center for radios, whiteboards and a Go-to-Meeting conference call service among other things.

Dobler said communication is critical and that many conference call services are down.

“The reason for the radios is several-fold,” Dobler said. “One is there are some things we want to do with community support, neighborhood watch and law enforcement. We want to make sure we have closed, simple, easy-to-use radios.”

Myers asked Dobler, who also serves as the sheriff’s search and rescue coordinator, to track all purchased items for emergency management and make sure not to comingle resources with search and rescue.

Myers emphasized to the court, public and department heads that emergency management items may be reimbursable on the state end federal level with the county’s emergency declaration.

The court moved that any purchases over $200 would need collective approval.

The court agreed that the courthouse would remain open for now because fewer than 20 people are usually in the building at one time.

Frances Preston said the virus could have been in the county since January.

Myers said, without the ability to test for the virus, it is impossible to know.

County Commissioner Sam Palmer said, when he was in Washington, D.C., the last week of February, he spoke with the Federal Emergency Management Agency, Homeland Security and heads of state, and there was just idle chatter here and there about the coronavirus — nothing that indicated a global pandemic was coming.

Hamsher said he had followed the news, state briefings, and information on the state health authority website.

He said, before the county’s March 6 emergency meeting, he met with businesses and saw a lax approach to the virus from some of them that prompted the emergency meeting for a more proactive approach.

Judge Kathy Stinnett asked the court to hear from the department heads since the front row seats were reserved for them, and they were asked to be at court.

The court said the policy is based on guidance from the Oregon Health Authority, Centers for Disease Control and Prevention and Grant County Public Health Department, with some changes to fit the County’s needs.

Walker said she is worried about what a county employee with an essential job function who cannot telecommute will do if there is a reduction in hours from a shutdown.

Hamsher suggested Walker find tasks for employees at the airport. Walker said her employees likely would not be affected, but generally speaking, she wanted to ask the question.

Palmer said the Oregon Department of Employment had addressed those scenarios and that he would disseminate the information through the EOC.

Wright said Klamath County, who provided a template for Grant County, has paid regular wages in the event of a shutdown but allowed employees to use accrued time off if they have it if they have chosen not to work.

Wright said, in Klamath County, those who are sick with the virus use sick leave.

Wright said at the state level, though, anyone who is out sick is required to take two weeks off.

Grant County Health Department Director Kimberly Lindsay, who was in the meeting by phone, said the medical aspects of the county’s policy were sound but that the information is ever-changing.

“We are trying to find our way in a dark room right now,” Lindsay said.

Louise Laduke, a former Blue Mountain Hospital doctor, stressed the importance of the county staying on top of prevention efforts.

“This can kill millions of Americans,” Laduke said.

Laduke contrasted Italy’s response with that of South Korea. She said South Korea’s cases plateaued because they tested a lot and followed cases.

“Italy did not do that,” Laduke said.