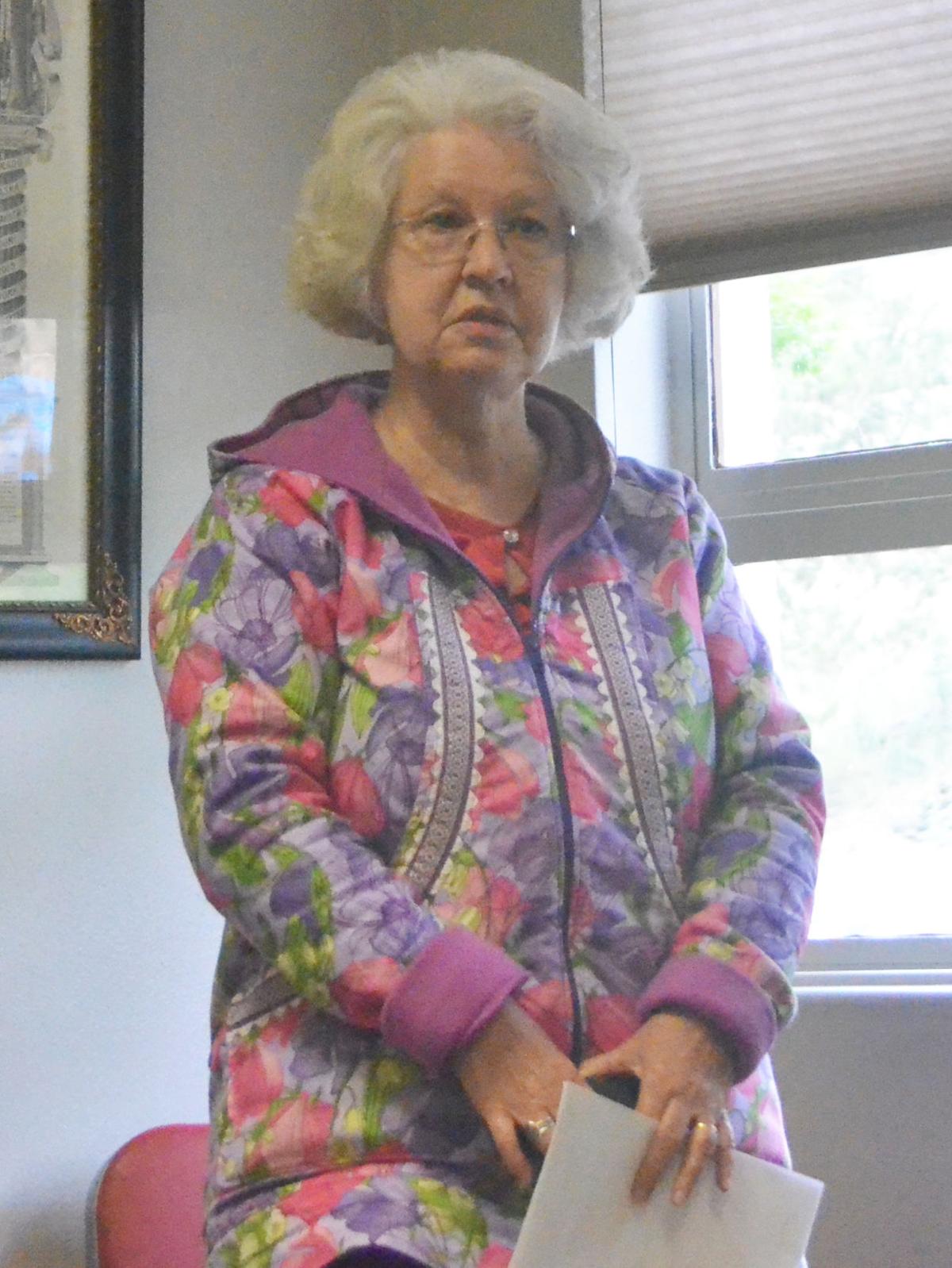 Grant County citizen Frances Preston addresses the court regarding what, in her opinion, was a lack of oversight of the Emergency Operations Center on the court’s part. 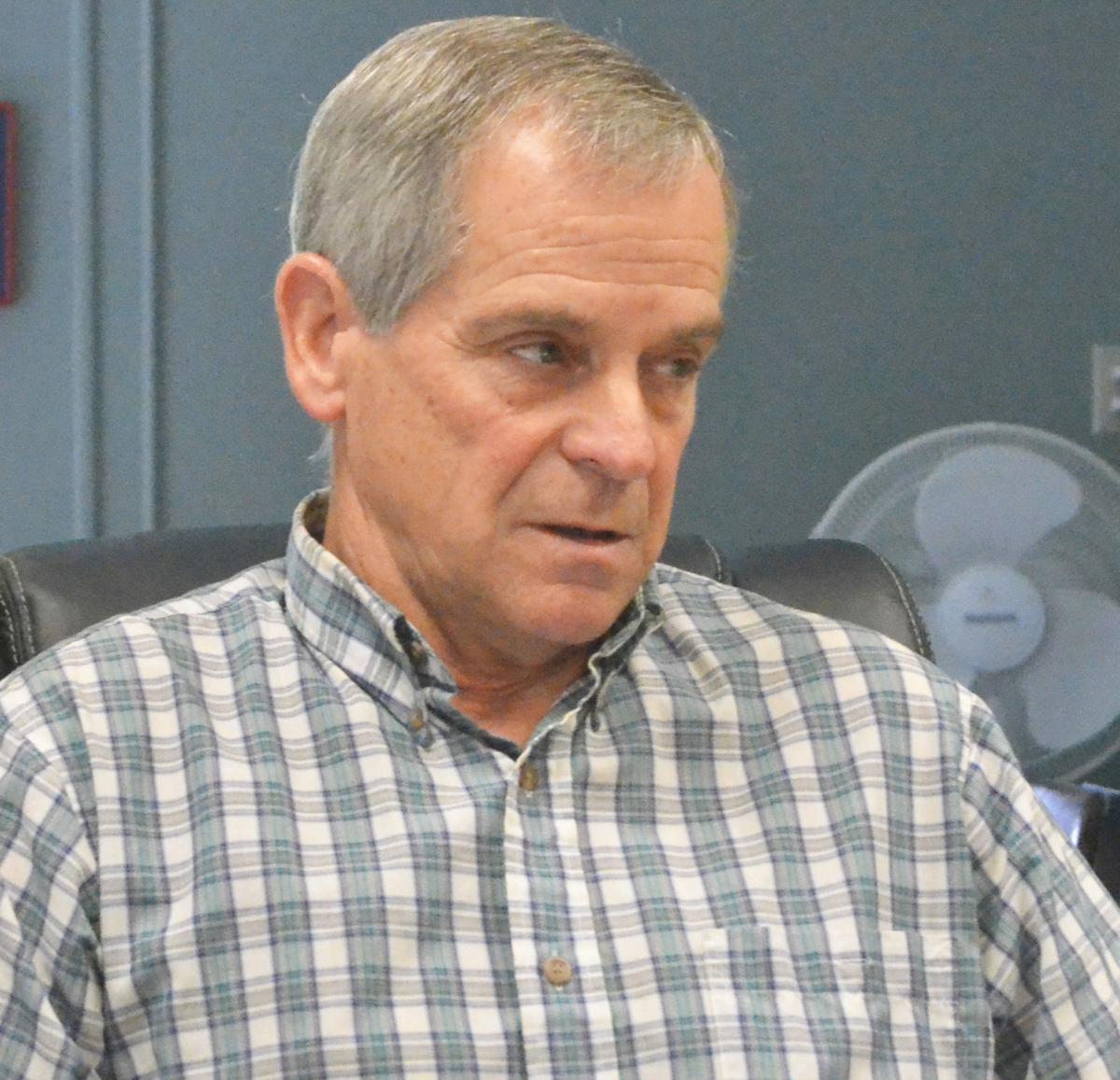 Grant County Judge Scott Myers said during the June 17 session “there is no question” Grant County’s Emergency Operations Center should continue operating, but the center, in his opinion, should operate on a tighter budget with fewer employees.

Grant County citizen Frances Preston addresses the court regarding what, in her opinion, was a lack of oversight of the Emergency Operations Center on the court’s part.

Grant County Judge Scott Myers said during the June 17 session “there is no question” Grant County’s Emergency Operations Center should continue operating, but the center, in his opinion, should operate on a tighter budget with fewer employees.

Tempers flared during the June 17 Grant County Court Session as residents demanded accountability of how county commissioners spent thousands of dollars at the Emergency Operations Center and flouted Oregon public meeting law while overspending its budget by $75,000 in less than four months.

Despite word the county will receive $335,000 in Coronavirus Aid, Relief and Economic Security Act dollars to reimburse the county for 100% of the money spent at the EOC, Grant County citizen Frances Preston said the county lacks a “mechanism of oversight.”

“The group chose not to do, as requested by the judge, to come back to court in 45 days and ask for more money,” she said. “There was money spent that did not follow the process, and we appear to be holding no one accountable.”

Documents presented to the court in May by former Incident Commander Dave Dobler show the EOC spent nearly $200,000, after being budgeted $125,000.

County Commissioner and EOC liaison Jim Hamsher told Preston that she was not “even speaking the truth,” and the court did approve the purchases.

Hamsher said the reason the EOC’s budget did not come back to the court for public deliberation was that Gov. Kate Brown’s COVID-19 shut-down orders closed the courthouse and other county offices, making it impossible for the court to hold a public meeting.

Furthermore, the commissioner said a year-old motion the court passed allows the county judge to approve purchases of budgeted items outside of county court.

Jack Orchard, a lawyer from Ball Janik LLP, said he does not believe the governor has the authority to issue orders on public meetings law.

“The legislature has not delegated to the governor the right to disregard these basic public meetings standards,” he said.

According to the approved meeting minutes from March 13, 2019, the court approved a motion to give the county judge discretion to approve the purchase of previously budgeted items.

The EOC was budgeted $23,564 for materials and services, according to Grant County Court Treasurer Julie Ellison. The EOC spent $91,791 in supply procurements, according to a document Dobler submitted in court May 27.

Hamsher told the Eagle about $5,000 of the procurements was for personal protective equipment for the courthouse and that Dobler emailed invoices to a commissioner who would print them and circulate them for signature among the court members.

Preston said it appeared Hamsher and Palmer were getting compensated from both the county and through state reimbursement the county will be receiving in the next few weeks.

Hamsher said he and Palmer both have been paid for only 13.3 hours per week from the county, and the hours they have been putting in at the EOC have been volunteer hours.

The reason the hours were tracked and reported to the state of Oregon’s Coronavirus Relief Fund was so the county could get reimbursed for wages that went toward the county’s coronavirus response.

“The wages for those weeks will all be reimbursed to the county,” he said. “That will help on the budget for any other shortfalls we have this year.”

Hamsher said, between he and Palmer, the county will be reimbursed for 166 hours.

Hamsher said the CARES Act reimbursements are for actual costs incurred while responding to COVID-19 — which includes wages for the health department and the economic development office.

Another citizen, Austin resident Billie Jo George, said the EOC is worried about “petty stuff” while the county faces a potential surge in COVID-19 cases on the level of what Union County is experiencing after a recent outbreak sent their numbers from single digits to over 200.

“There is a large group of Hispanics from Washington in here picking mushrooms commercially,” she said. “And they’re going in your grocery store, and they’re going in your gas stations and restaurants. Everyone of those license plates is from Washington, so get prepared, because it’s coming to you, and the boys down at the Forest Service choose to do absolutely nothing about it.”

She said worrying about radios, laptops and other high-ticket items is “minor” compared to the threat of a potential outbreak mushroom pickers pose.

While health officials have noted minority and migrant communities have disproportionately been impacted by the virus, state and county health authorities tied the 240 confirmed cases of COVID-19 in Union County to the Lighthouse Pentecostal Church in Island City.

The church held services in April and May, despite Brown’s executive orders limiting gatherings of over 25 people, and recently held a wedding and a graduation ceremony with more than 100 people at each event.

“We cannot tell people that they cannot come through our county, and we certainly cannot restrict them because they are Hispanic or anything else,” he said. “That would be very discriminatory.”

Myers said Hamsher brought up the risk of the spread of the virus that commercial mushroom pickers can bring to the county during a court session last month. Hamsher said the county court does not issue mushroom permits or enforce laws on federal land.

However, he did say the county purchased radios that could help if the county saw an increase in cases because some positive cases could be in areas where there is no cellphone service. He said first responders and fire departments across Grant County now have radios, and they purchased items for the next emergency, so the county is prepared.

“We ended up buying more stuff for emergency management that’ll be able to be used — God forbid — for the next emergency down the road,” Hamsher said.

Preston said she supports Search and Rescue, but her concern was people involved with SAR used the pandemic to purchase equipment that the county did not need.

“The emergency rescue people took advantage of the COVID-19 situation and bought a bunch of stuff that they didn’t really need at this time,” she said. “Don’t misunderstand me, I realize they’ll probably use it in the future, but I don’t like the methods that they used to get what they wanted.”

Seth Klingbeil, EOC staffer and SAR volunteer, who attended the meeting via teleconference, said SAR had not received any equipment during the COVID-19 pandemic.

Palmer said emergency management needed equipment and will be reimbursed 100%, not at local taxpayer expense, and the county can use the supplies in future emergencies.

“It was 100% the wisest way to purchase and spend money and to be prepared for this emergency and any future emergencies,” he said.

Preston told the court she has heard both of the commissioners say in the past that they have moved forward to build SAR, and Palmer’s comment that the EOC took advantage of CARES Act reimbursements to purchase emergency equipment confirmed what she always believed.

Hamsher said the county now has software for federal reimbursements, and he pointed to the Canyon Creek Complex fire and the floods last year and how the county missed out on thousands of dollars in refunds.

Palmer gave an analogy to justify the purchases to George and Preston.

“When your house catches on fire, it’s a little late to buy a fire truck, purchase all the equipment to go on your firetruck, and then train your firefighters and then ask them to come out to your house when it’s on fire,” he said. “And it’s the same thing with an ambulance, a little too late.”