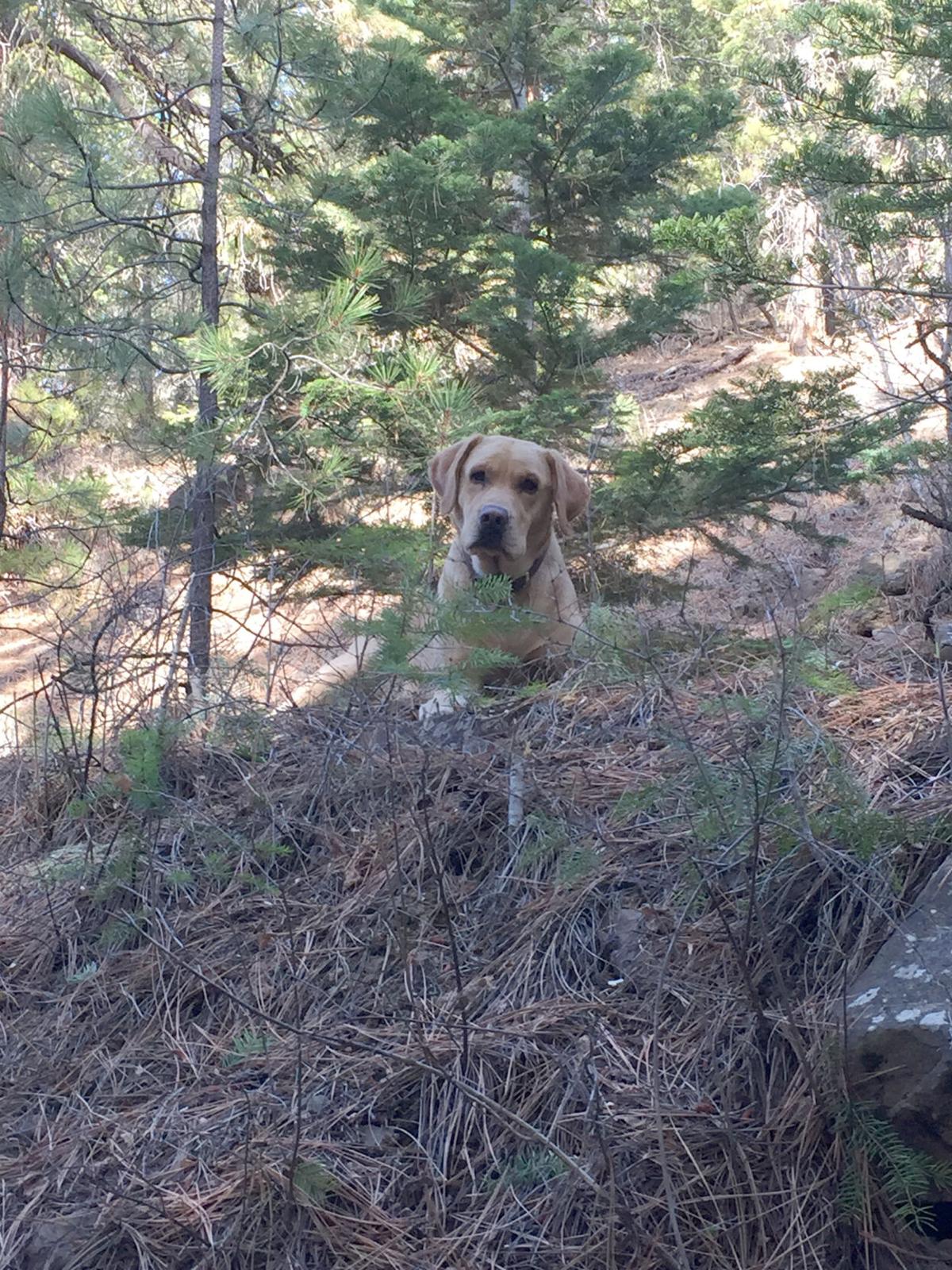 Every time the UPS delivery driver makes a stop at our porch, he is greeted at the gate by a drooling small yellow horse. I would call him a dog, but I know my 16-month-old son could put a saddle on its back without any trouble. Duke, my trusted yellow lab, is a great candidate, high in the running for mascot to represent the gloriously upsetting chronological period we humans refer to as 2020.

Duke is a loving dog and loyal as the day is long, but I believe he was near the end of the line when God was handing out brains. In 2019, we arrived home late from an evening with my parents. At the time, we lived over near Mitchell. Our pup, excited we were home, ran out to greet us and ended up under the tires of my pickup. Fearing I had killed him, we called the vet and raced towards John Day. After an X-ray, he had a couple of broken bones in one leg and a broken pelvis. Costly as it was for the surgery, downtime and recovery, we were glad he was going to be OK.

Eventually, as he grew, I started to take him to work with me. Part of my duties at the time consisted of lots of tractor driving. Duke eagerly came along, chasing butterflies and birds as I drove along. Sometimes he would get so fixated on a squirrel mound that he would lose track of the big noisy diesel rig roaring in his immediate direction. Several times I’ve had to swerve the tractor in a last ditch near miss to save his blissfully ignorant keister.

I never planned to train him for bird hunting, mostly because I found out early that he is scared to death of gunshots. I had read somewhere guys were teaching their pooches to retrieve shed antlers. That sounded promising, but old Duke never got the knack of bringing them back, nor more importantly turning loose of them to me. Try as I might, he just wouldn’t do it. Goofy giant that he is, he likes to sit on my lap in my recliner. I’m sure collectively we exceed the weight limitations of the poor chair by the weight of at least one adult male.

A couple of weeks ago while clearing fence at work I decided to fall a dead pine snag that curled precariously over the barbed wire. If I didn’t fall it then, eventually it would rot and break and smash a section of fence with it. Duke, though not super wary of things that will kill him, had gleefully played as I worked clearing fence lines off and on for weeks. As I finished the preferred Humboldt undercut, Duke sat a few safe feet behind and uphill of me. Sometime between then and when I finished the back cut, he had trotted off looking for who knows what and wandered directly into the path of the rapidly descending snag. I saw it happen, and when the tree landed right across his lower back and appeared to smash him to the ground with all of its weight, I turned away, hearing his yelp of pain.

I was mad, upset, hurt and scared all at once. My poor dog who had been through so much would now seemingly meet his demise for literally being in the wrong place at the wrong time. As we felt his legs and spine, we could miraculously feel nothing broken. We saw no wounds or blood. He could walk and, although was quite understandably under duress, appeared to be OK. I couldn’t believe it. I just knew that tree had smashed him, and I would then have to put him down.

Another quick trip to the vet after making a phone call was eerily reminiscent of the last time. However, by the grace of a higher power which apparently also watches over my dog, he had no broken bones and no internal bleeding. The vet told me plainly that, although he needed medication and convalescence, his logging days were over and that we should buy a lottery ticket. In spite of all the pain and loss we have experienced in 2020, it looks like at least we didn’t lose Duke. He is one lucky dog.

Do you have a lucky dog? Write to us at shootingthebreezebme@gmail.com!