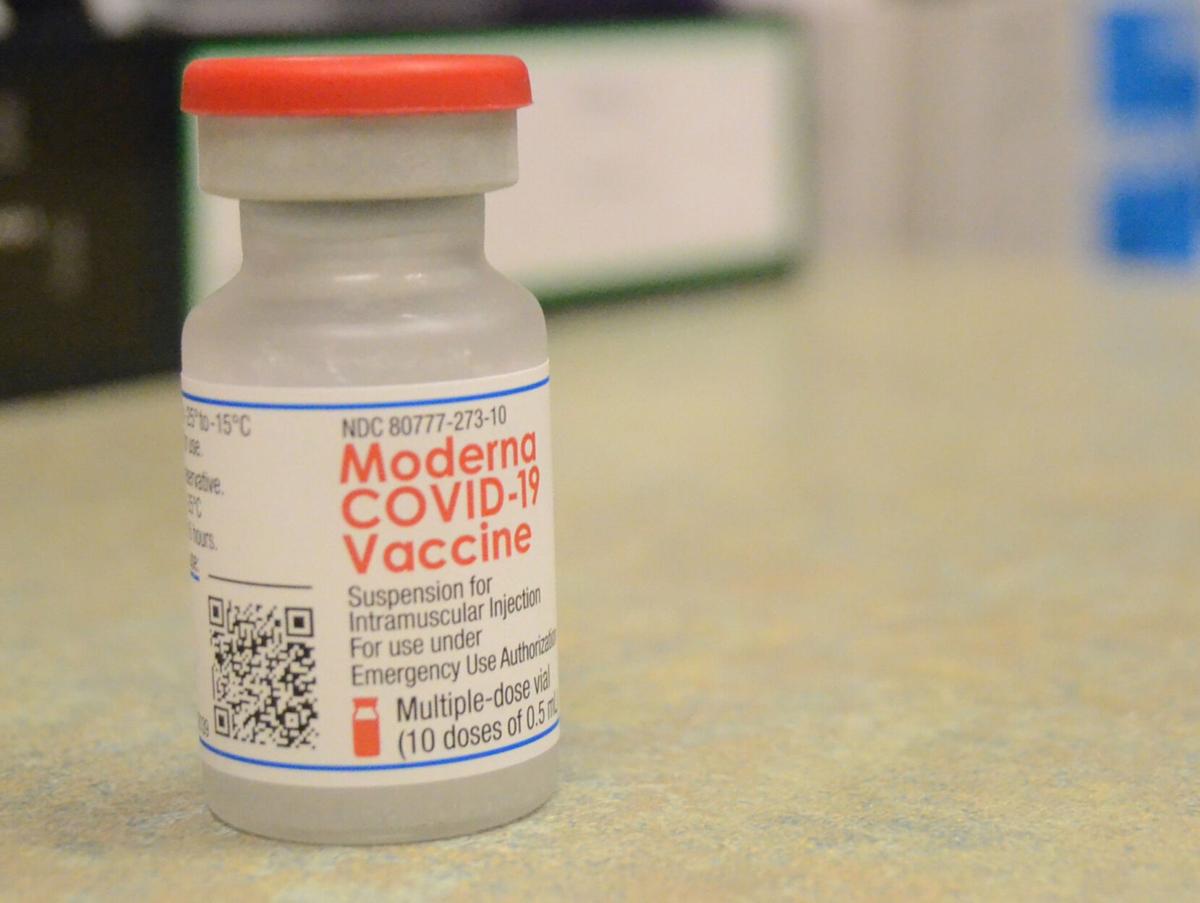 A vial of the Moderna COVID-19 vaccine on the counter of the Grant County Health Department. 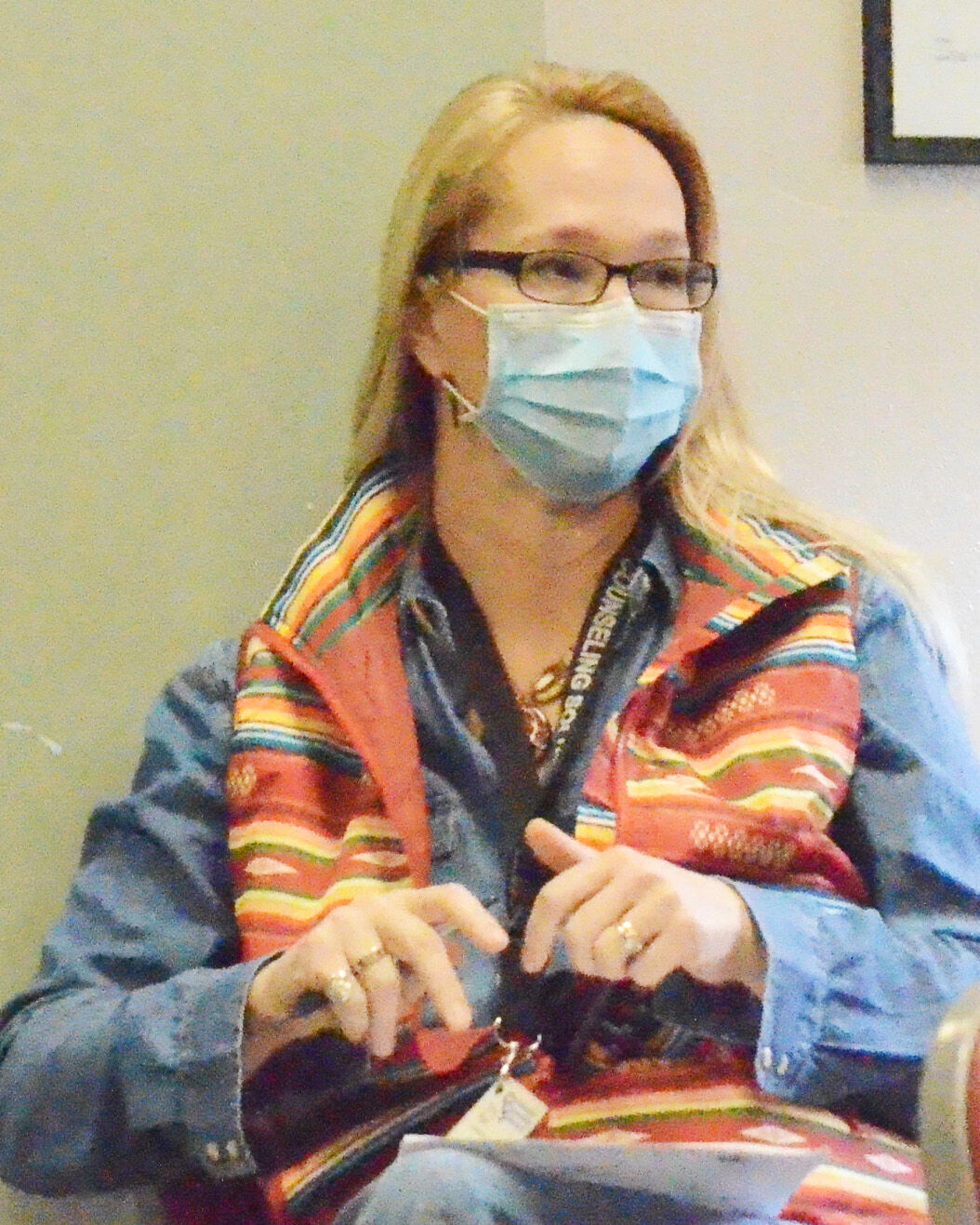 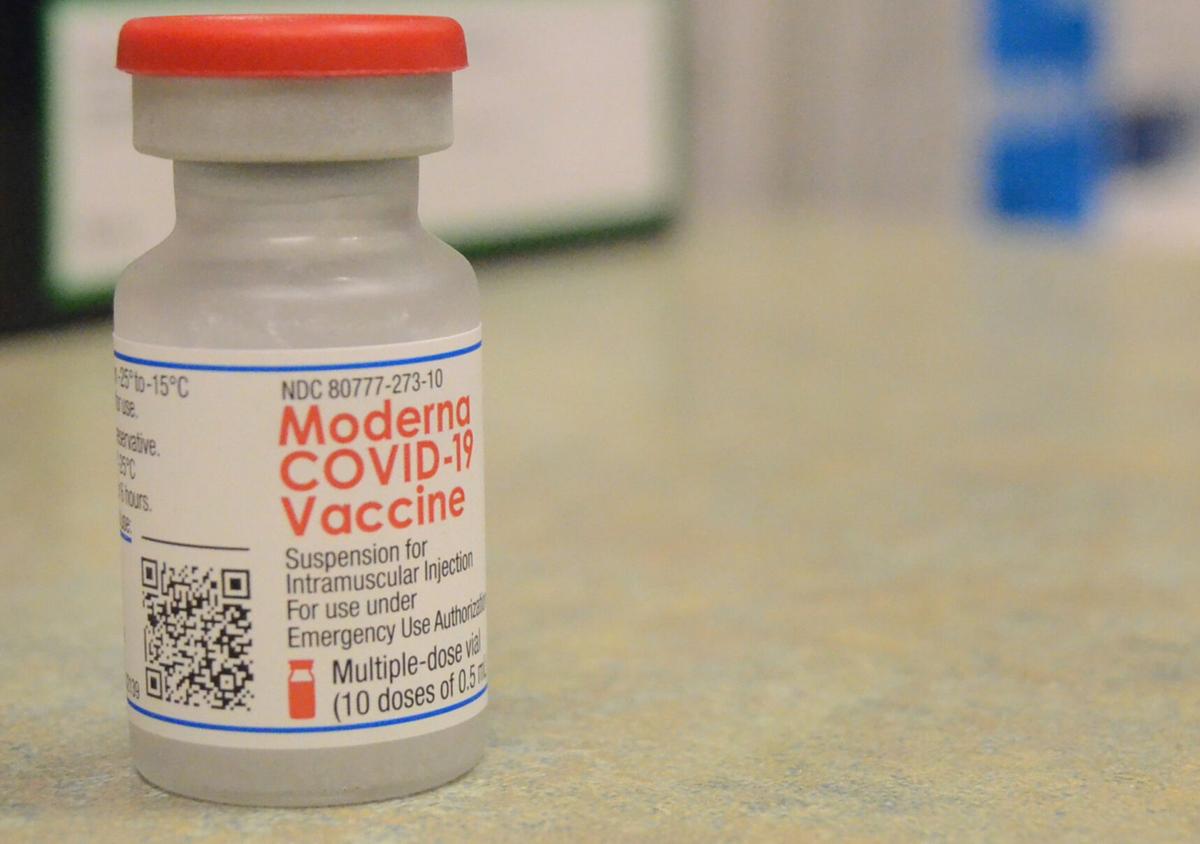 A vial of the Moderna vaccine sits on a counter Monday at the Grant County Health Department.

A vial of the Moderna COVID-19 vaccine on the counter of the Grant County Health Department.

A vial of the Moderna vaccine sits on a counter Monday at the Grant County Health Department.

A hundred COVID-19 vaccines won’t be sitting unused on a shelf in Grant County for a month after all.

The Grant County Health Department received word Monday afternoon that it can proceed with vaccinations after being told last week to stop distributions for up to a month while the state determined who should be included in the next vaccination group, according to Grant County Public Health Administrator Kimberly Lindsay.

Ahead of most of the state, Grant County has already completed most of Phase 1a of the vaccination rollout, getting shots into the arms of health care providers and long-term care facility employees and residents who wanted them. County educators are scheduled to receive their doses this week in Phase 1b.

Lindsay said a state health official told her last week they did not want to slow the health department down in getting the vaccine to more people, and as long as they vaccinated educators first, they could move on to get the vaccine to people in other at-risk groups, including people 65 and older and those with significant medical issues.

However, a quick call to the state for guidance on whether grocery store workers qualified as food workers to be included in Phase 1b stopped the progress.

Lindsay said the state sent her a notice not to vaccinate others beyond the educators because other counties lack the supply to immunize beyond Phase 1a and Grant County “must keep the pace with other counties.”

She said she was told the Vaccine Advisory Committee needs to define Phase 1b more clearly and prioritize those groups. Lindsay said she spoke with Muriel Brown, a committee member, and Gov. Kate Brown told her that those decisions could be months out.

Lindsay said she offered to send the extra doses back to Oregon Health Authority, but OHA told her to hold on to the shots. After vaccinating the county’s educators, that would have left roughly 100 doses unused.

“I am very frustrated,” she said. “We are working hard to get the vaccines out to people.”

The state knew the vaccines were coming in July or August, and Lindsay said the committee should have begun meeting in October.

According to OHA’s daily COVID-19 email, the VAC met for the first time on Jan. 7 and discussed how they would prioritize critical workers and other populations.

In an email last week regarding when the VAC would decide on how to prioritize grocery store workers, Communications Director Jonathan Modie said he did not know.

“It’s important to remember that the committee will be meeting through February,” Modie said. “But we hope to start seeing sequencing decisions by the committee by the end of this month.”

Fortunately for Grant County residents who want the vaccine, with the new direction provided Monday, the health department can continue working to provide the vaccine to those at greatest risk.

‘It is a mess and absolutely not okay’

Lindsay said Monday, while she does not regret making the call to OHA to get more clarity on grocery store workers and retail employees, the state would have been none the wiser about the county’s plans to vaccinate the broader demographics had she not made the call.

It underscores the inconsistent communication and changing or rules that have plagued the vaccine rollout from the start, she said.

“They have changed the criteria for who gets the vaccine and when no less than six times in the past four weeks. I appreciate that they want to ensure that all minority groups are heard in the vaccine rollout, but while they are going through the listening process, at-risk people who want the vaccine are not able to get it,” she said. “Some will die.”

She said a rural county like Grant County has a higher percentage of at-risk people with limited access to health care.

“The state has doses available,” she said. “It is a mess and absolutely not okay.”

Harney County Public Health Administrator Nic Calvin said the county had been vaccinating the people it could.

“We are just trying to roll out the vaccine as quickly as possible,” he said. “We’re still waiting on the state to come out with Phase 1b, but frankly right now, we can’t wait weeks and weeks on end, while we have people dying in our community.”

Law enforcement was originally included in Phase 1a, but they were later “bumped” to Phase 1b after the health department had offered and provided them vaccinations, Lindsay said.

She said the county also received permission from the Oregon Health Authority to share the health department’s doses with care center residents. According to Lindsay, they were looking at a three-month delay until Walgreens and Rite Aid could get their doses to them.

Lindsay said the health department has 10 vials, and within each vial, there are 10 to 11 doses with a six-hour window to administer the shots after opening a vial.

Lindsay said people have changed their minds at the last minute or failed to show up on more than one occasion.

“It’s a little frustrating, and you don’t want to waste doses,” Lindsay said. “I don’t want to be reporting back to the state that we used 70 and dumped 30, especially when there are 30 people out there that you know that want it.”

On a couple of occasions, she said they have called people on the waiting list to avoid dumping doses out.

She would not provide the number but said some doses have spoiled due to no shows and last-minute refusals.

As of Monday, 142 vaccines have been administered in Grant County, 87 by the health department which received 200, and 55 by the hospital which received 100 doses that can only be used for hospital employees.

Although one reason Grant County so quickly completed Phase 1a was because of high refusal rates, Lindsay said the people who want vaccines in the priority groups have been able to get them quickly.

“We are getting it to the people that want the vaccine quicker than other counties because of the refusal rate,” Lindsay said. “Our doses are lasting longer.”

Lindsay estimated that between 60-70% of those in the first phase turned down the vaccine.

She said it is likely that Phase 1b’s acceptance rate will be similar to those in the previous phase.

“We could have a high acceptance rate with educators and food service workers,” she said. “I don’t know.”

She said she is not surprised to see higher refusal rates in rural Oregon.

The Centers for Disease Control and Prevention recommends continuing restrictions until the vaccination rate reaches 70-80%, Lindsay said, and she expects the refusal rate will decrease over time.

“They will grow more comfortable and see there are no long-term side effects or babies born with health concerns,” she said. “Before we relax public health measures, it’s the vaccination rate we look at to be safe.”

Group 2: Both staff and residents at long-term-care facilities and congregate care centers, including volunteers.

Group 1: Educators and other staff at schools.

"The state has doses available. It is a mess and absolutely not okay."