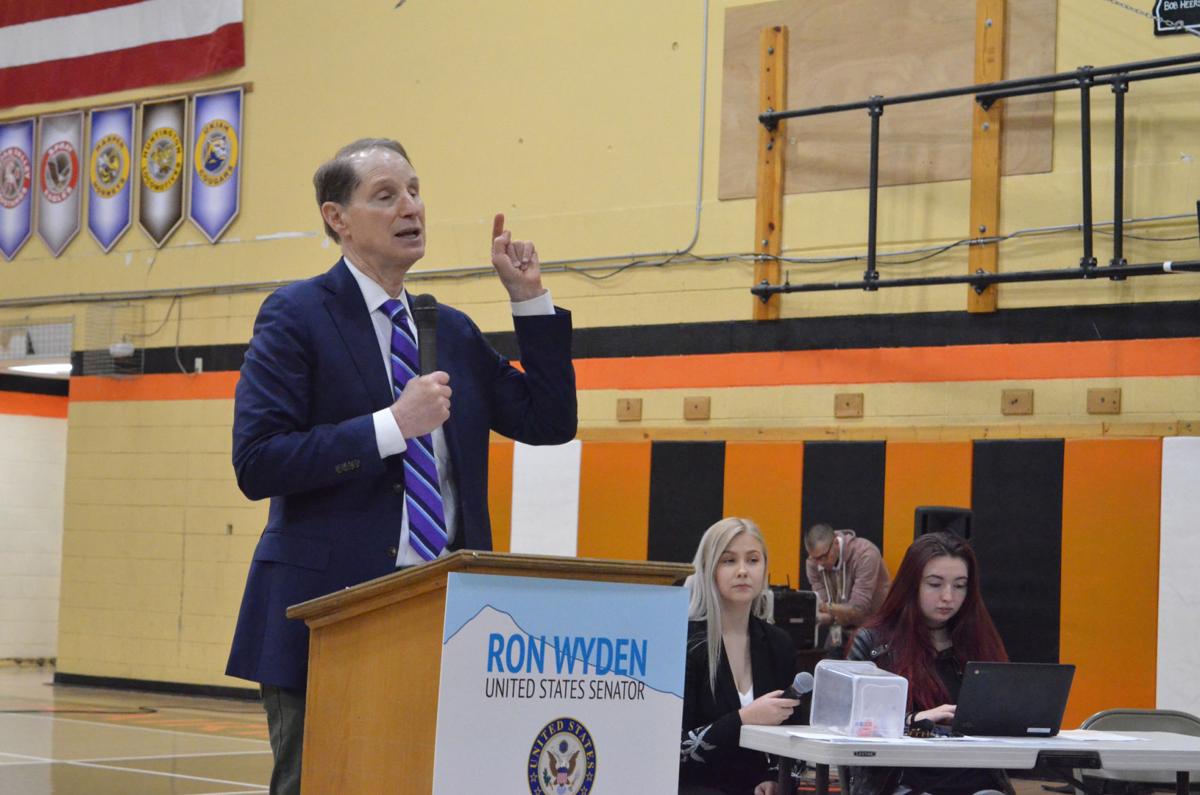 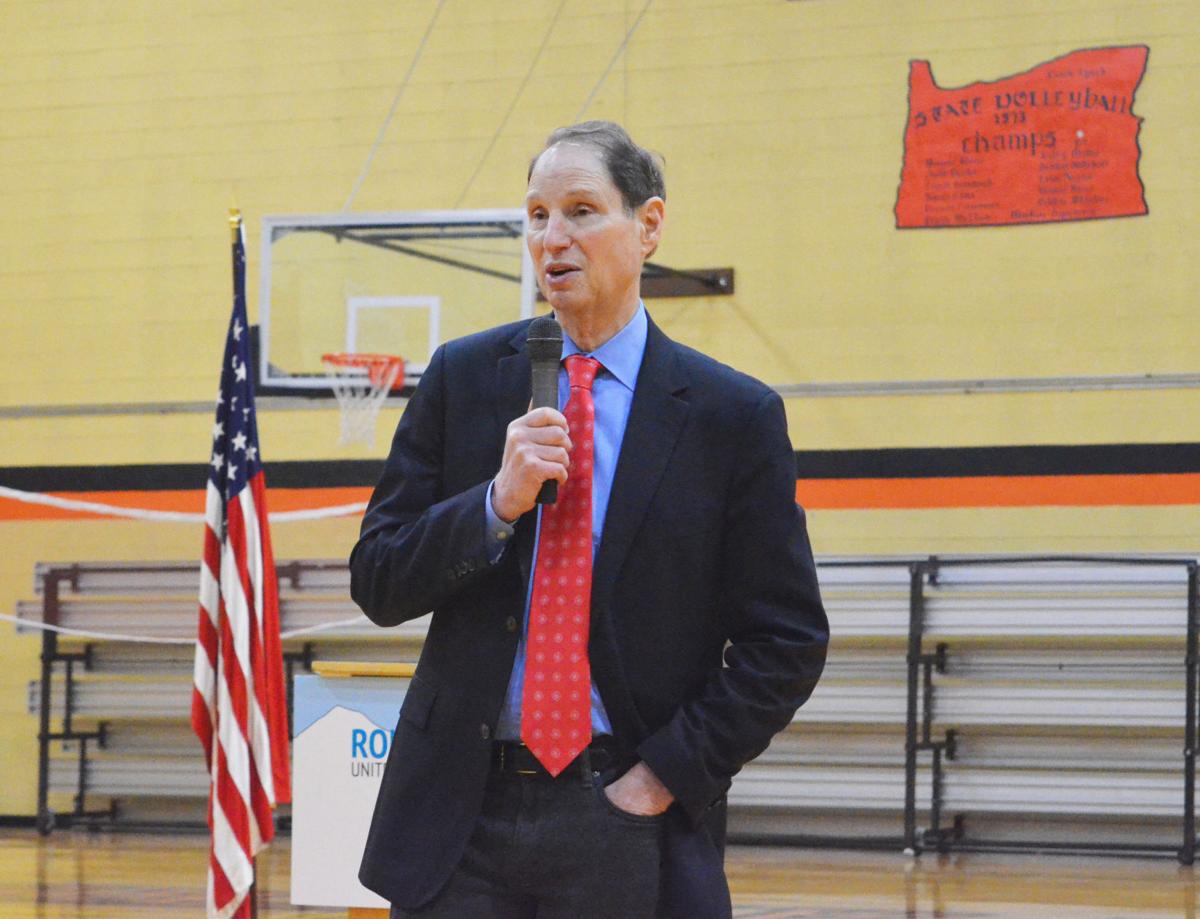 Sen. Ron Wyden speaks during a town hall meeting in the Prairie City School gym in 2018.

Sen. Ron Wyden speaks during a town hall meeting in the Prairie City School gym in 2018.

Sen. Ron Wyden’s virtual town hall on June 22 provided an opportunity for residents from Grant, Baker, Harney and Malheur counties to ask questions on current events and their concerns.

Beth Spell of John Day, a Democrat who is running for the Oregon House of Representatives for District 60, asked the first question.

She began her question by telling Wyden that with the overwhelming polarization on current topics, such as COVID-19, Black Lives Matter and political differences, people cannot meet in the middle and talk about the issues weighing them down.

She asked what people can do to bring the conversations back to middle ground.

Wyden highlighted the importance of the “Oregon Way,” a history of bipartisan work from widely respected Republicans and Democrats.

“We’re all in this together,” Wyden said. “Whether it’s my work for ranchers on (Payments in Lieu of Taxes), for (Secure Rural School Act) for our communities that are heavily forested. Now what I’m trying to do in terms of the Justice Bill is to see if we can find some common ground. My goodness we ought to be able to find common ground on just saying choke holds are wrong.”

The example he provided is his work with Republican Sen. Mike Crapo from Idaho and trying to transform the PILT and SRS program that are important for rural communities.

“When he and I get together to talk about priority business for the communities in Southeast Oregon, we don’t talk about Democrats or Republicans. We talk about what it’s going to take to get urban legislators to support the ideas important for our rural communities,” Wyden said.

Marietta Harrison expressed concerned about unemployment as a self-employed musician. She asked what resources are available and when to expect to get support for income losses due to coronavirus.

Wyden said he wrote the legislation that made the $250 billion available for the extra unemployment benefits until July 31 and the expanded coverage. But the Oregon Employment Department, which is making changes, is responsible for getting benefits out.

He added that he made sure at the federal level that the benefits are retroactive.

“Despite the incredible frustration, and I can hear it in your voice, that you haven’t gotten the benefits yet, they are retroactive,” Wyden said. “You are gonna get them back to the date that the program began.”

The discussion continued on the mentality of people receiving unemployment benefits during the pandemic.

“There’s been some people who said, ‘You know, these folks who are getting these $600 a week, they really don’t want to work,’” Wyden said.

He said he disagrees and knows Oregonians want to work and believe in the dignity of work.

After July 31, Wyden wants to find an approach that works for the long term to tie unemployment benefits to the economic conditions on the ground. When unemployment is high, the benefits stay up, but if it goes down, the benefits go down with it.

A Grant County resident said the switch to distance learning highlighted the disparity in broadband access between urban and rural areas.

He asked if Wyden could share his thoughts on plans for federal legislation to provide broadband everywhere.

Wyden said it is important to avoid an information aristocracy where those who are well off have access to services where everybody in small towns feel like they are going back to dial-up days.

“We can’t have rural Americans and rural Oregonians in the dark, period,” Wyden said.

The current programs available to help are the U.S. Department of Agriculture’s Reconnect program and the Federal Communications Commission’s Rural Digital program.

“We are available to help with both of those, but my vision is exactly what our caller talked about,” Wyden said. “We really need to knit together a national strategy that interconnects all Americans with access to decent quality broadband.”