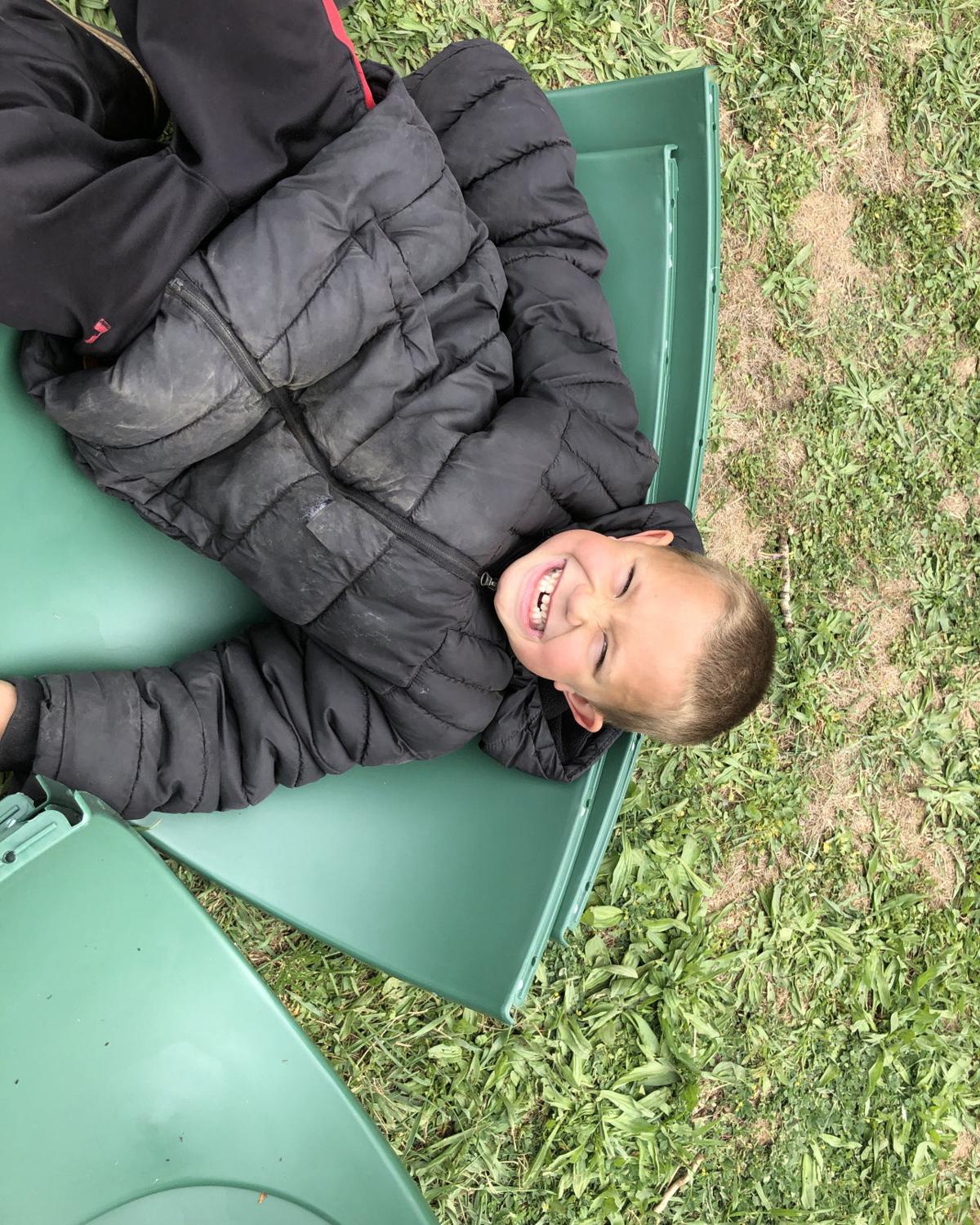 Wyatt Simmons plays in the backyard in mid-May before the construction of a swing set. Wyatt was diagnosed with a Wilms tumor, a rare kidney cancer, said to be highly treatable. 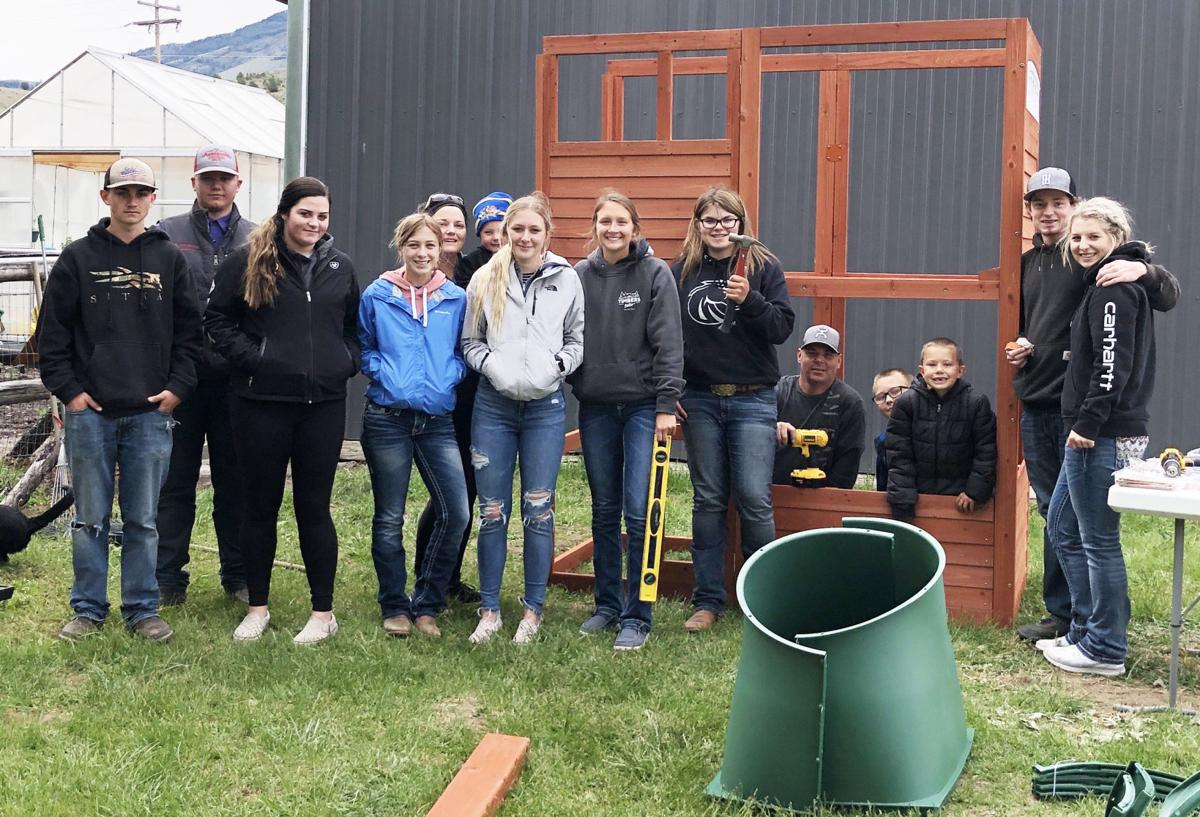 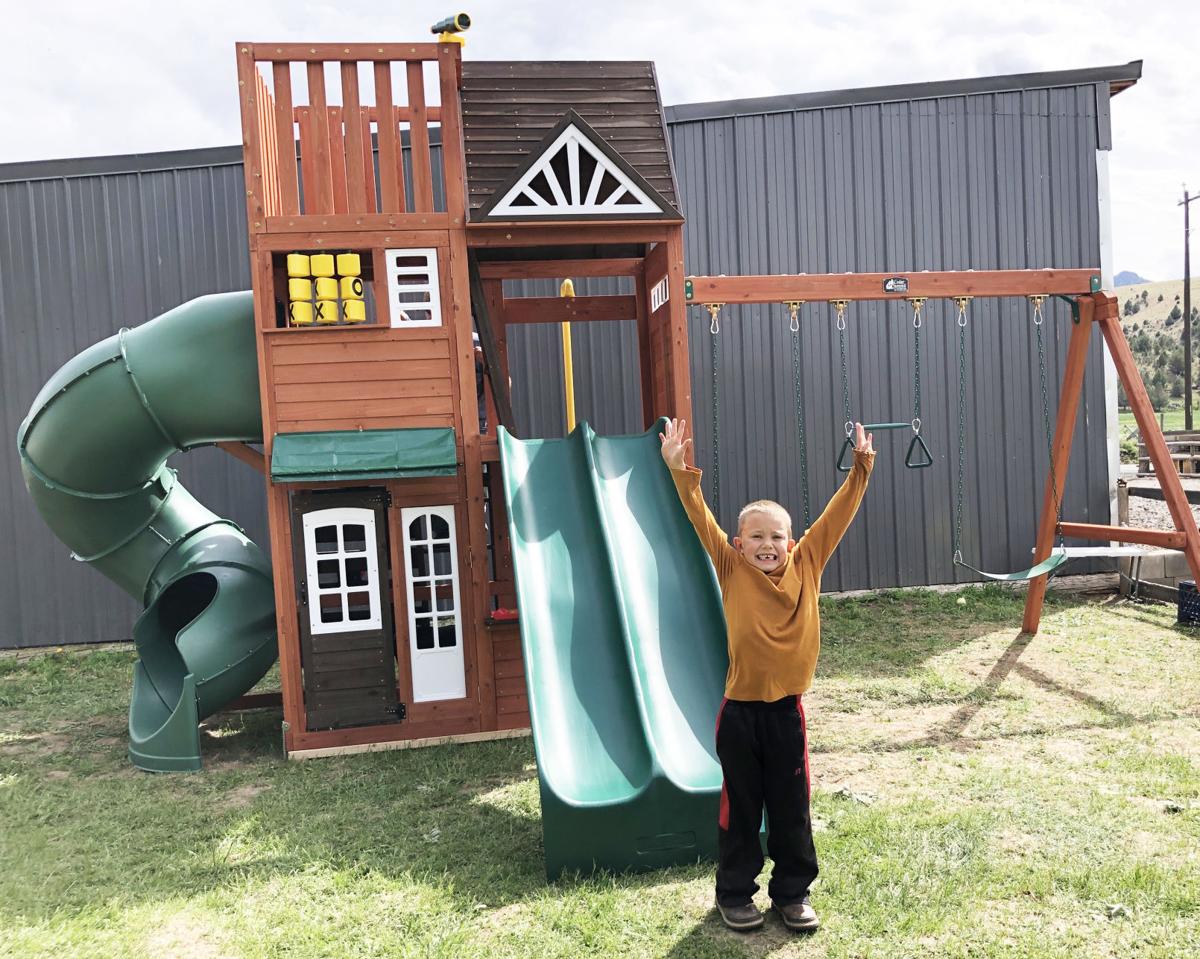 Wyatt Simmons celebrates after receiving his swing set May 16 in his backyard in Mt. Vernon. Simmons said the slide is his favorite part of the set. 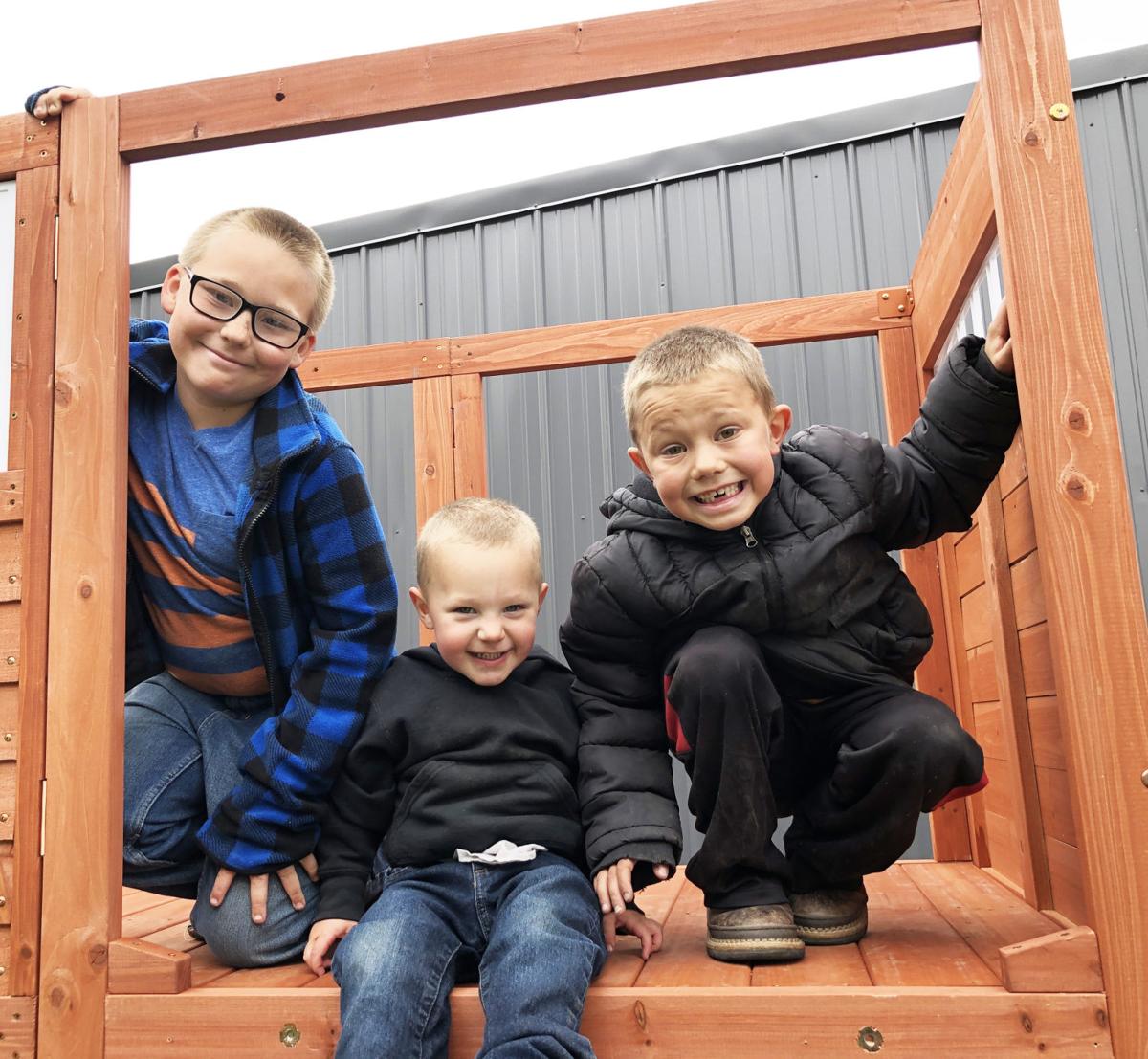 Wyatt Simmons, right, and his two brothers Noah, left, and Blanton play on the new swing set May 16 after Tanni Wenger's team of seniors put it together.

Wyatt Simmons plays in the backyard in mid-May before the construction of a swing set. Wyatt was diagnosed with a Wilms tumor, a rare kidney cancer, said to be highly treatable.

Wyatt Simmons celebrates after receiving his swing set May 16 in his backyard in Mt. Vernon. Simmons said the slide is his favorite part of the set.

Wyatt Simmons, right, and his two brothers Noah, left, and Blanton play on the new swing set May 16 after Tanni Wenger's team of seniors put it together.

A team of up to 15 seniors delivered and assembled a swing set to a 7-year-old Mt. Vernon boy who has won his battle with cancer so far.

When taking Humbolt Elementary School pictures last fall, Wenger noticed Wyatt Simmons had to have his photos taken separately while going through chemotherapy because he was at such a high risk.

Wenger said she made the senior team open to anyone who came to her studio to take their senior portraits. She said one of the prerequisites to joining the group was to take part in a community project.

“I just wanted these kids to give back to the community,” Wenger said. “This little community does so much for them.”

Wenger said she wanted to do something new for the seniors this year, and she saw a need when she heard about Simmons.

After throwing some other ideas out for the seniors, she said she let them decide on the project, and ultimately they decided on Simmons.

“All the kids just kind of fell in love with him,” she said.

Rylee Browning said she loved that, despite everything he has been through, he is always happy and upbeat.

Tiler Voigt, a senior on the team, said she previously knew Wyatt from working with his father, Mike Westland.

For her senior project, Averie Wenger oversaw the project and was instrumental in organizing the auction last year.

“He is a super sweet and happy little boy,” Averie said. “And he has the cutest little voice.”

Wenger said they decided a swing set would be something that both Wyatt and his two brothers Noah, 9, and Blanton, 2, could each benefit from.

The team raised the money through a can collection and coin buckets at Grant County businesses such as Sinclair gas stations. It opened an account through Bank of Eastern Oregon — the name of the account was Wyatt Strong Senior Project. They also sold T-shirts and hoodies with sizes for children and adults.

Wenger said the students were responsible for the change buckets and were expected to make regular deposits at BEO.

Wyatt’s mother, Areah Anderson, said the outpouring of support from the community had kept her and her family going since the 7-year-old was airlifted from Burns to Portland after she took him in to see the family doctor for what she thought was appendicitis, but later turned out to be a Wilms tumor. This rare kidney cancer is said to be highly treatable.

“We just barely moved here, and it has meant a lot to all of us,” Anderson said. “The boys love their swing set, and everything that they’ve done is amazing.”

Anderson said the community support transcends finances. She said the hospital and the hospice center have been very supportive.

“The nurses at the hospice center are like his own personal nurse,” Anderson said.

She said it had been a very long journey, and they are still on it.

“His whole passion in life is to fish,” Anderson said.

She said Oregon Department of Fish and Wildlife plans to put on an event for him at Prairie Pond but had to postpone due to the social distancing regulations.

The Make-A-Wish Foundation planned to send the family on a fishing trip to Alaska in July but had put the trip on hold due to COVID-19 as well.

Anderson said, while Wyatt is not terminal, the Make-A-Wish foundation always does something for kids with cancer to bring them hope.

Wenger said the project recognized seniors affiliated through a scholarship program. Both Maddy Way and Voigt each won a $250 scholarship that all of the seniors were eligible for participating in the project.

Wenger said the committee that awards the scholarships is made up of people who are not from the area and do not know any of the kids.

She said they fill out an application and send it to the committee members in Arkansas.

Meanwhile, Anderson said she is grateful to everyone involved in the project, and the community has helped her and her family endure.

“I wouldn’t have been able to get through this without a lot of people,” she said. “And Tanni has helped immensely.”

Steve Howey and Sarah Shahi split after 11 years of marriage

Pierce Brosnan has 'no regret' about leaving James Bond behind