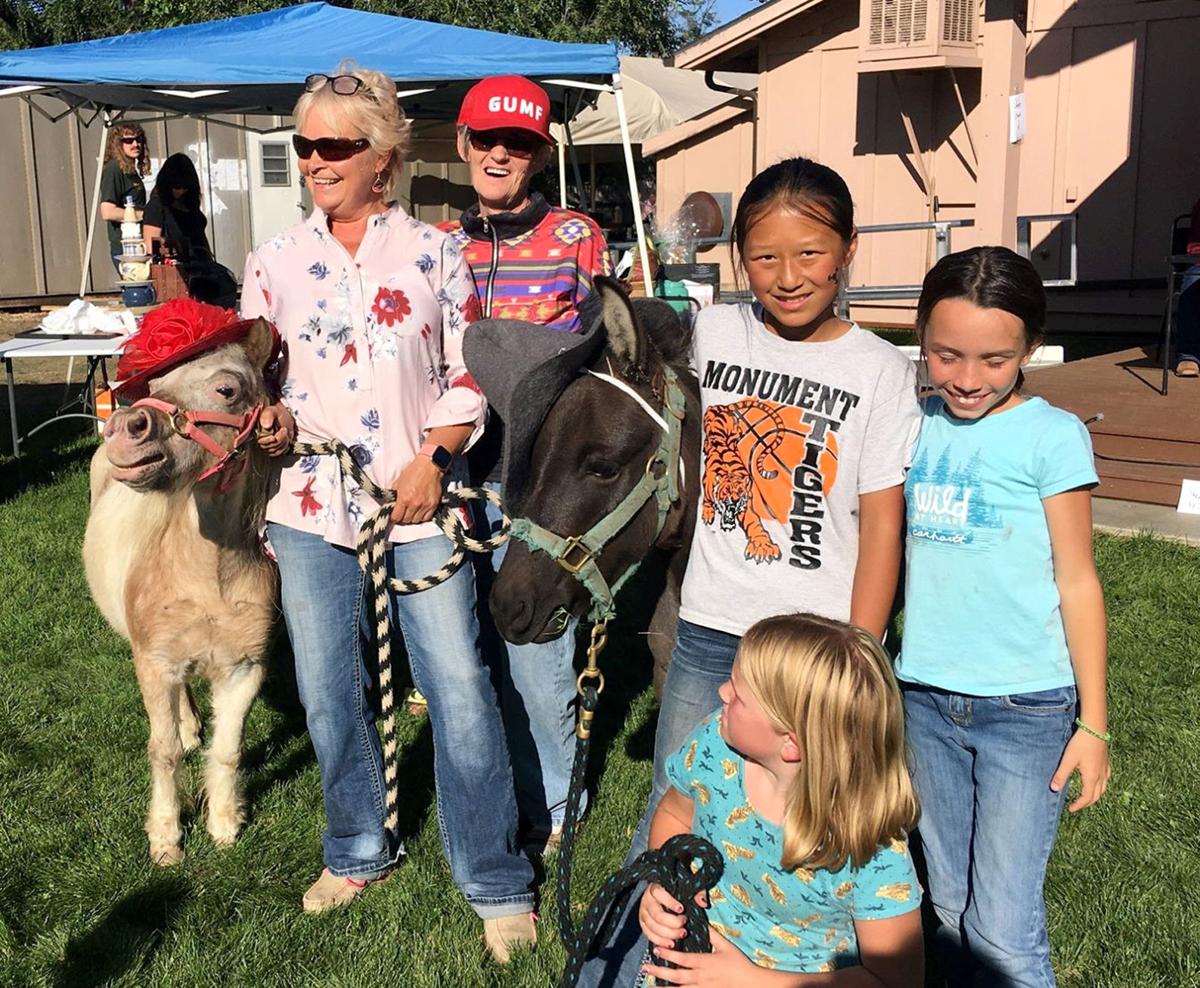 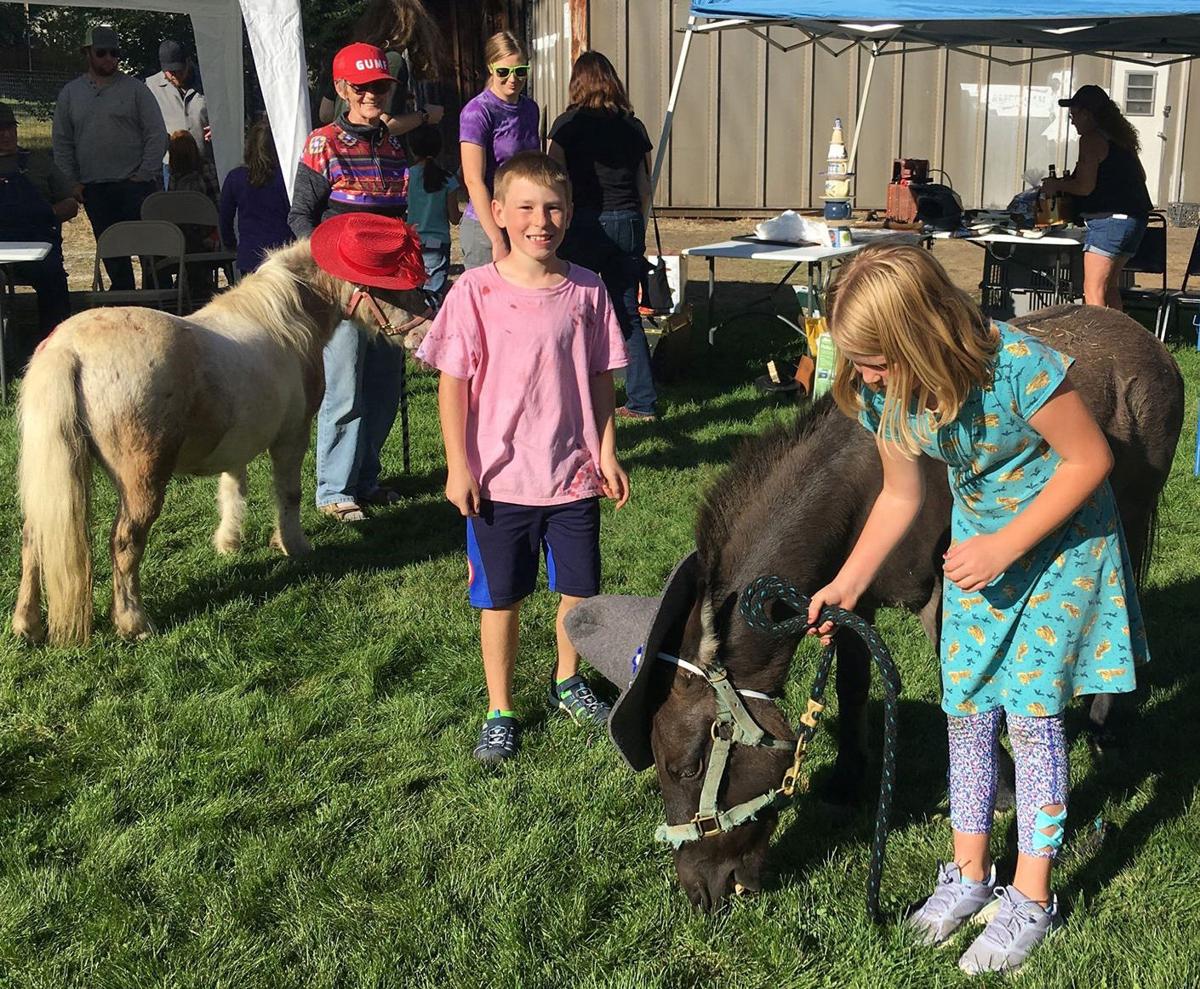 Activities were plentiful at the fourth annual Monument Buckaroo Festival & Fall Harvest Auction on Saturday at the Monument Senior Center.

Organizer Judy Harris said about 200 attended the elk and salmon dinner, and there were more people enjoying the other activities, including a petting area with a miniature horse and mule provided by Silent Wave Horse Rescue, face painting, corn hole, silent and live auctions and more.

“It was another grand success,” Harris said. “It takes many volunteers to make it happen, and we sure do have a great group.”

Bringing in $1,200 during the live auction was a handmade wooden box full of liquor. The box was made by Dan Morrow of Long Creek. Suzi Mael had the winning bid.

The fundraiser benefits the Monument Senior Center, which is known as a hub for the city with many community events held in the facility each year.

A set of handcrafted salt and pepper grinders, made by Dennis Abraham and created from a walnut tree that was in Harris’ yard, were auctioned off for $360.

Monument 4-H club members were also part of the festival, selling lunch as a fundraiser.

Music at the event was provided by Nestle Davis Williams and Tommy Erhardt.

Katharine McPhee 'has helped David Foster to open up'