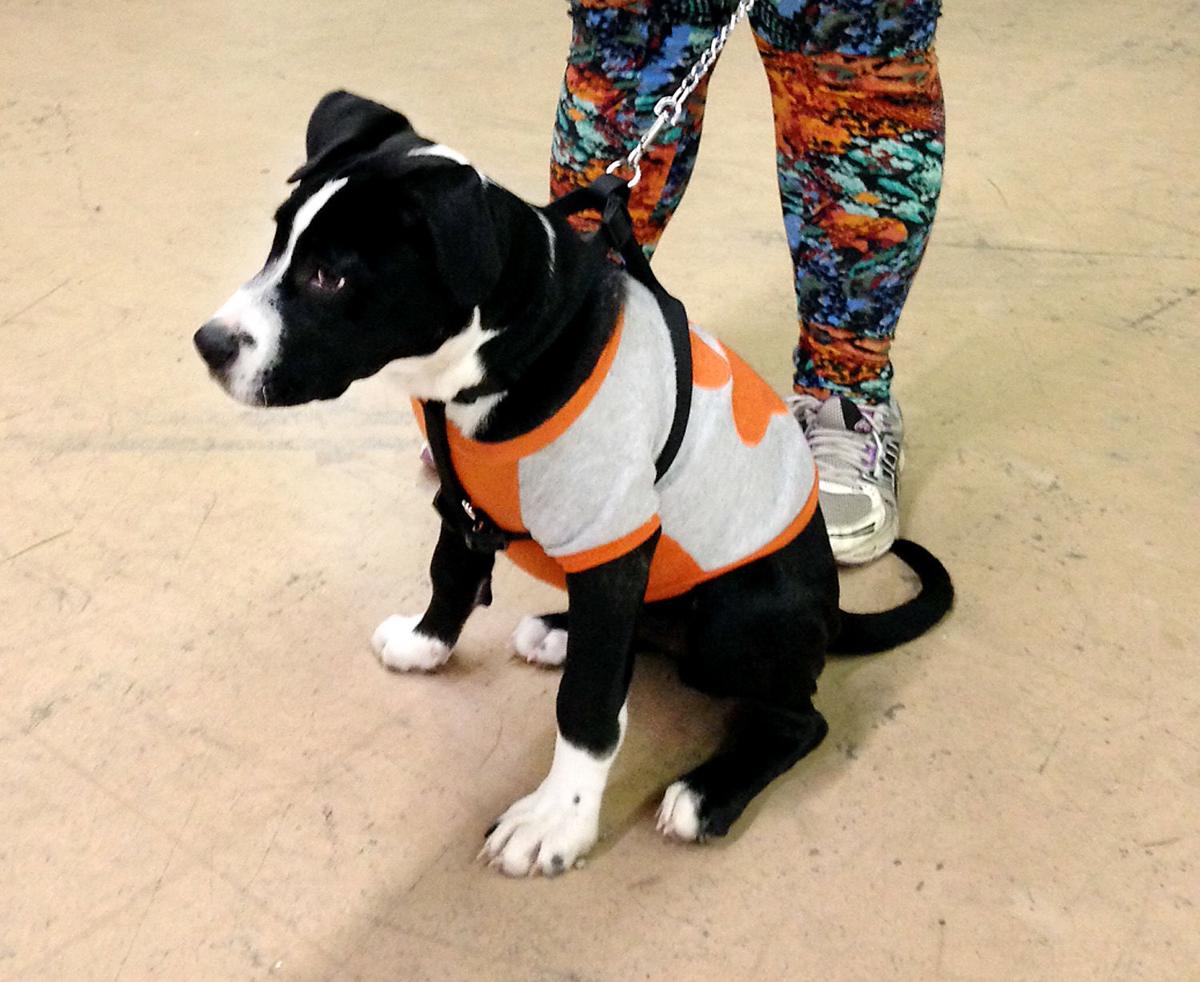 Rescue dog Milo, adopted locally, is dressed up to attend a 2019 fundraiser. 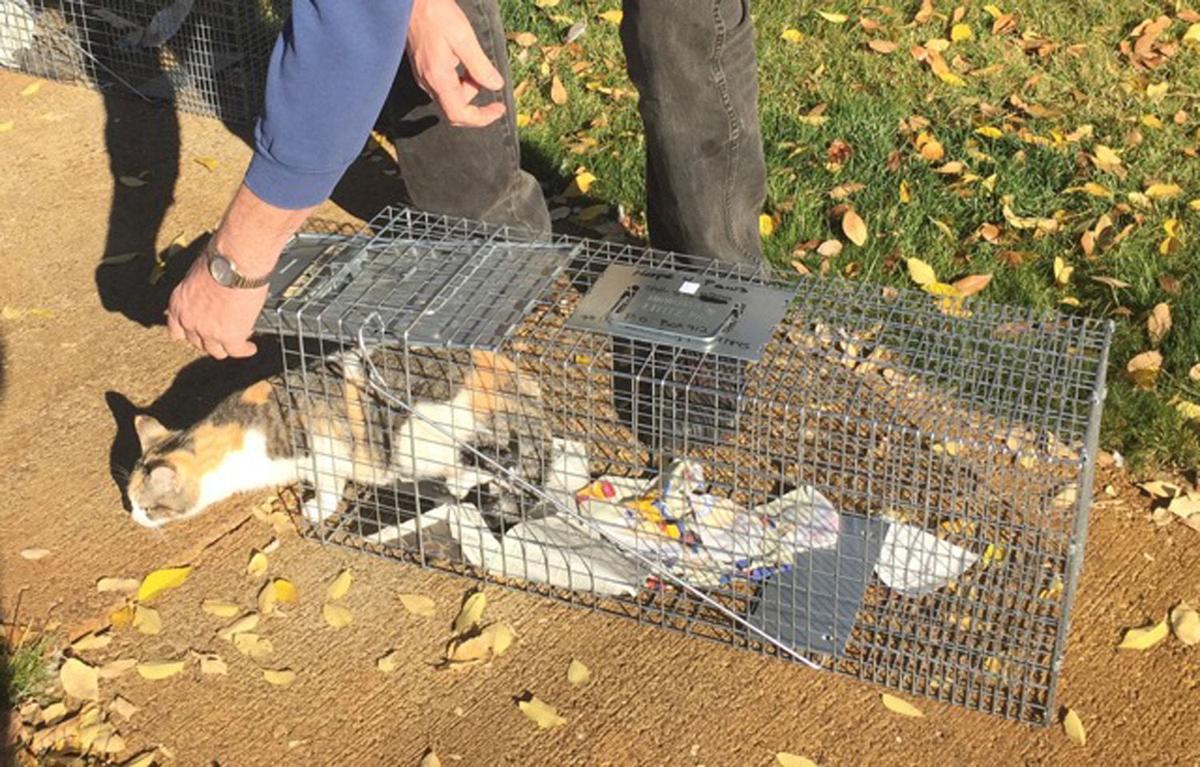 A volunteer releases a spayed cat at one of Hope 4 Paws' trap-neuter-return operations last year. 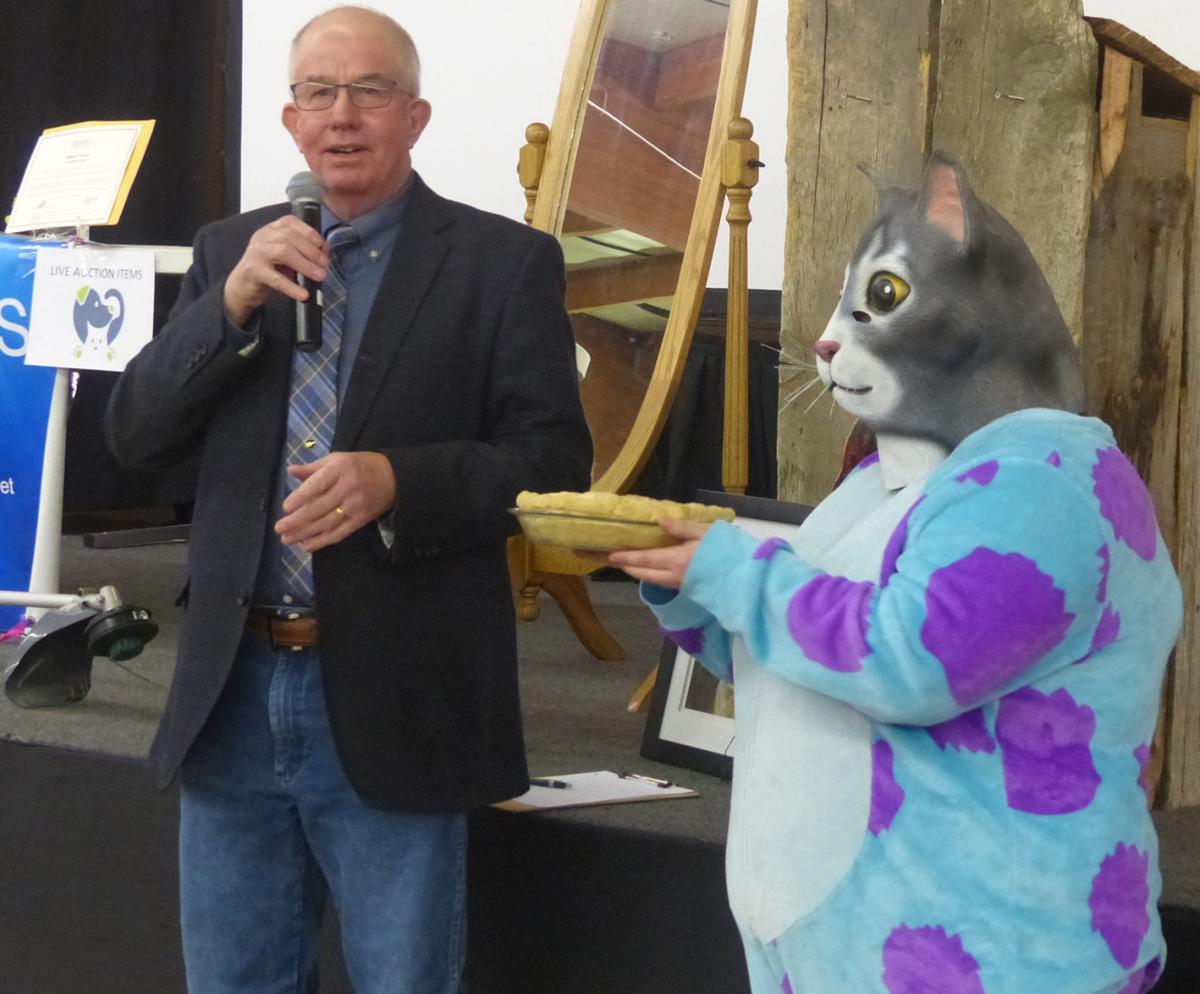 {div}Auctioneer Jack Southworth is assisted by a feline volunteer showing off items in the dessert auction at the the Spay-ghetti fundraiser for Hope 4 Paws last year.{/div}

Rescue dog Milo, adopted locally, is dressed up to attend a 2019 fundraiser.

A volunteer releases a spayed cat at one of Hope 4 Paws' trap-neuter-return operations last year.

{div}Auctioneer Jack Southworth is assisted by a feline volunteer showing off items in the dessert auction at the the Spay-ghetti fundraiser for Hope 4 Paws last year.{/div}

Rescuing stray or lost dogs and cats, providing spay or neuter assistance and returning lost pets to their owners are a few things that Grant County Hope 4 Paws brings to the community.

When the group was founded in 2016, they focused on providing these services because there were no shelters, impound facilities or government-sponsored animal control in Grant County, said Scotta Callister, the board chair for Hope 4 Paws.

In 2019, Hope 4 Paws spent nearly $14,000 to help people spay and neuter 230 pet cats and dogs as well as 46 foster or adoptive animals and 119 feral cats. A lot of work was done through an ongoing, year-round voucher program and a new series of free spay and neuter clinics available for Grant County pet owners through the John Day River Veterinary Center, Callister said.

“In bigger population counties, people take those things for granted in being able to call animal control or going down to the shelter,” Callister said. “That’s one of the reasons that Hope 4 Paws was formed because there was no rescue program, spay or neuter programs, which led to a lot of unplanned and unwanted litters. ... We had to look at the beginning of the problem and address that.”

With litters of unwanted pets, people would try to sell them during the spring and summer, but Shawn Duncan, a director that focuses on dogs, added that this led to problems with the canine parvovirus spreading because people weren’t vaccinating puppies and the virus would spread.

“And it used to be the mentality of people to take the dogs or puppies out and shoot them if they didn’t want them,” Duncan said. “So now they have a place to bring them and call for help, but we have to get the word out that you can email or Facebook us for help.”

Hope 4 Paws needs more volunteers to help serve on the board or help on various projects and activities planned for the year, according to Duncan, Callister and Susan Church, a director that focuses on cats. The board currently includes Callister, Duncan, Church, vice chair Chris Labhart, treasurer Robin Olterman and secretary Lindsay Bullock. People can also help by fostering animals.

“When we have dogs that come into our system, a surrendered dog or a lost dog, before we can re-adopt them, they have to be held for a certain amount of days and are checked out,” Callister said. “They go to the vet clinic and we pay boarding, but with cats, we have these three houses that are overwhelmed. People can choose to foster a cat, and that would be a really big help.”

If fostering is not an option, people can transport animals to a shelter such as Brightside in Redmond. Volunteers can walk the dogs when Hope 4 Paws has dogs at the veterinarian. Callister said this allows dogs to socialize and exercise, which would help dogs when people are looking to adopt them. On June 6 at the Grant County Fairgrounds, there will be a joint event with Silent Wave Horse Rescue, and volunteer help would be appreciated, Callister said.

The organization also wants to incorporate signage where cats and dogs are commonly abandoned and have a microchip and tag clinic to make it easier to find an owner of a lost pet. Finding the owner faster would help minimize the cost of lodging at the clinic, Duncan said.

“If there’s a feral colony somewhere, we will go — there is a contract they sign that they will continue to feed and receive the animals — so we go out and we trap them and neuter them and spay them, and they have a clipped ear (for identification),” Church said. “Then we release them back to where we trapped them.”

For Church, Callister and Duncan, finding forever homes for dogs and cats provides the greatest reward.

Callister said a major project that cat volunteers did at Riverside Home Park on feral cats in 2018, and certain rescues, have been highlights of their work.

“Volunteers, we need help, and we want you to join us,” Callister said. “It is a rewarding experience.”

“We want to also thank the community for the support we have gotten,” Church added.

When making donations or contacting Hope 4 Paws, Duncan said to make sure the numeral four is used since Hope for Paws is a different organization. People can contact the organization through Facebook or by emailing hope4pawsgc@gmail.com.

Thandie Newton was groomed by a director at 16