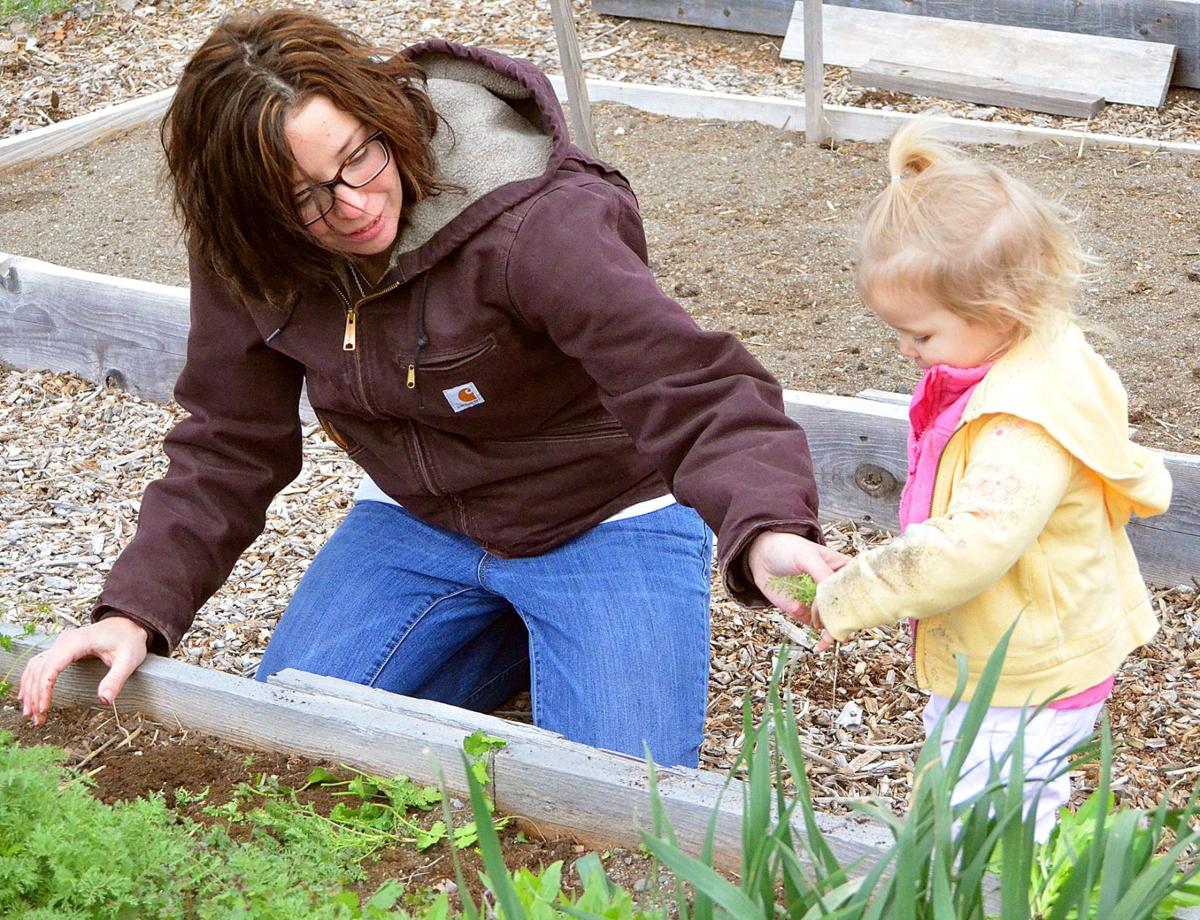 Josie Hollowell, 20 months, of John Day, gets lessons on ‘Weeding 101' from her mother, Renee. 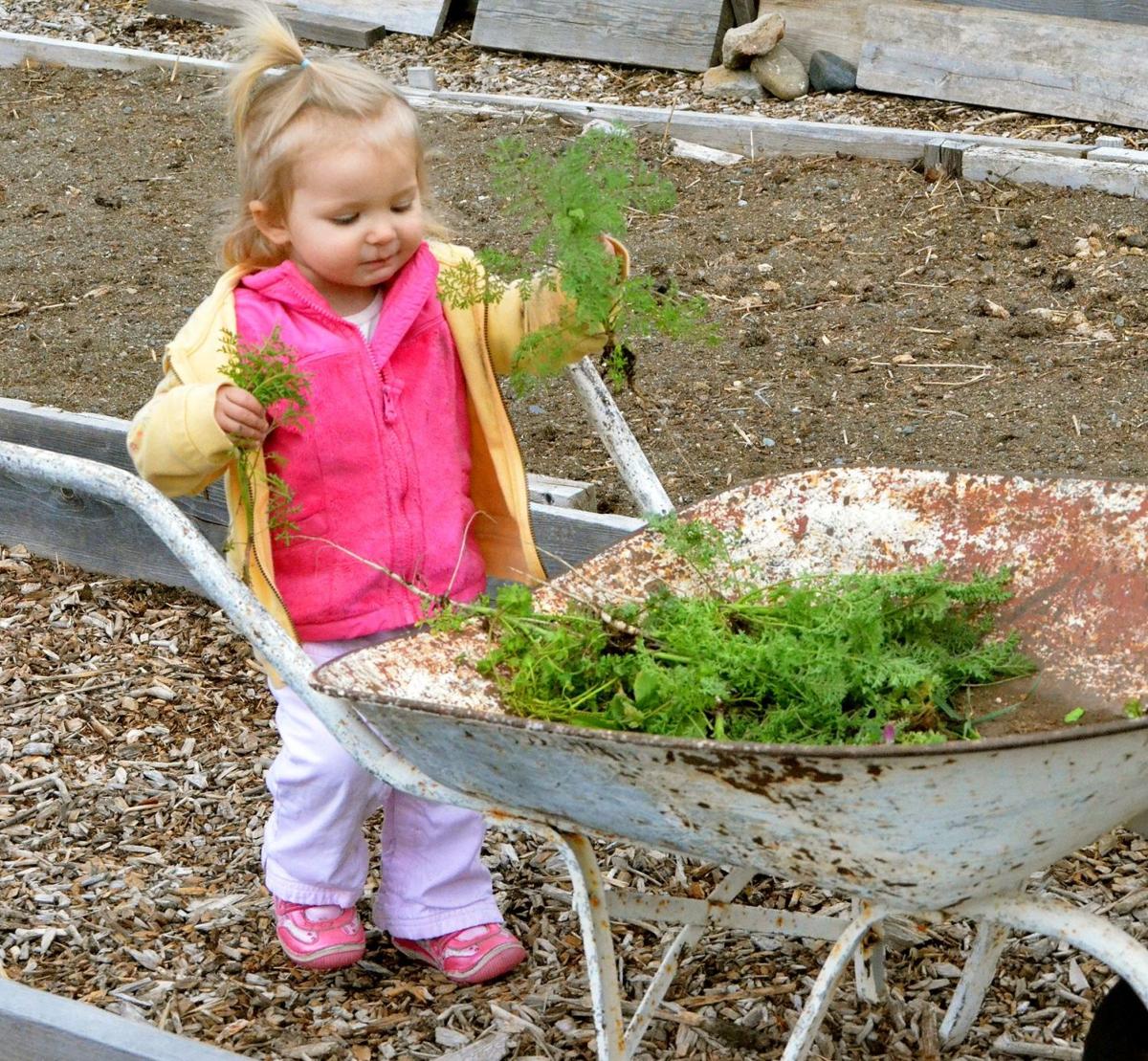 20-month-old Josie Hollowell of John Day dumps fistfuls of weeds into a wheelbarrow. 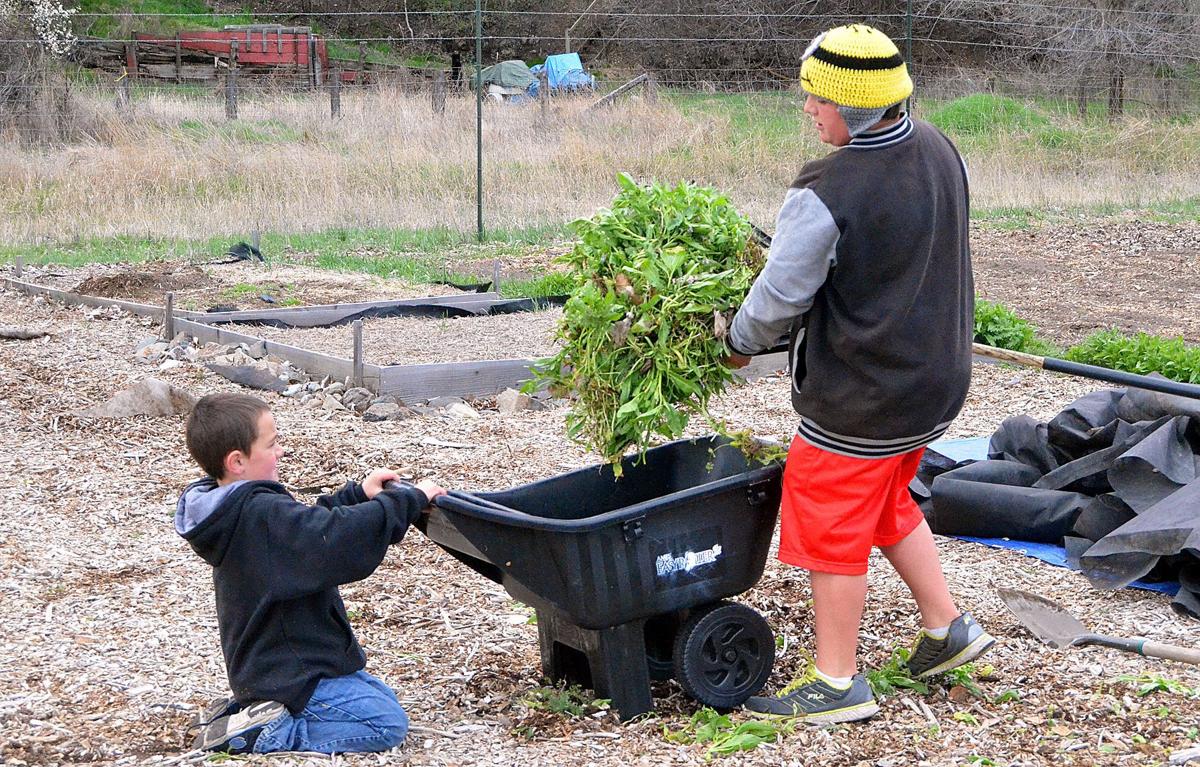 Josie Hollowell, 20 months, of John Day, gets lessons on ‘Weeding 101' from her mother, Renee.

20-month-old Josie Hollowell of John Day dumps fistfuls of weeds into a wheelbarrow.

JOHN DAY – Some people just like to play dirty.

Thanks to several of those folks, the John Day Community Garden should be bursting with produce-bearing crops over the coming weeks and months.

A crew of gardeners of all ages raked, weeded, hauled and dug at the garden’s April 11 opening day event, to get things spruced up for the 2015 season. They were rewarded with a hearty noon lunch of chili and focaccia bread, cooked in the garden’s cob oven.

Even 20-month-old Josie Hollowell of John Day was put into service, filling a wheelbarrow with weeds as fast as her mother Renee could pull them from one of the raised beds. As adult volunteers cleared out of a larger open area, Kevin, 12, and Trevor, 6, Duvall of John Day, raked and dumped loads of weeds into bins.

The garden, now in its sixth year, is located on the 3rd Street Extension, across from the Grant County Fairgrounds rodeo arena.

Garden volunteers said one of this year’s projects is to improve the garden’s irrigation system. They are also hoping to expand the pumpkin patch, which has become a popular attraction in the fall.

All the current garden beds have been taken, but several more will be added soon. Individuals who would like to rent a plot, or businesses interested in sponsoring one, should call 541-620-0719, or email johndaycommunitygarden@gmail.com.

Brendan Fraser to star in The Whale