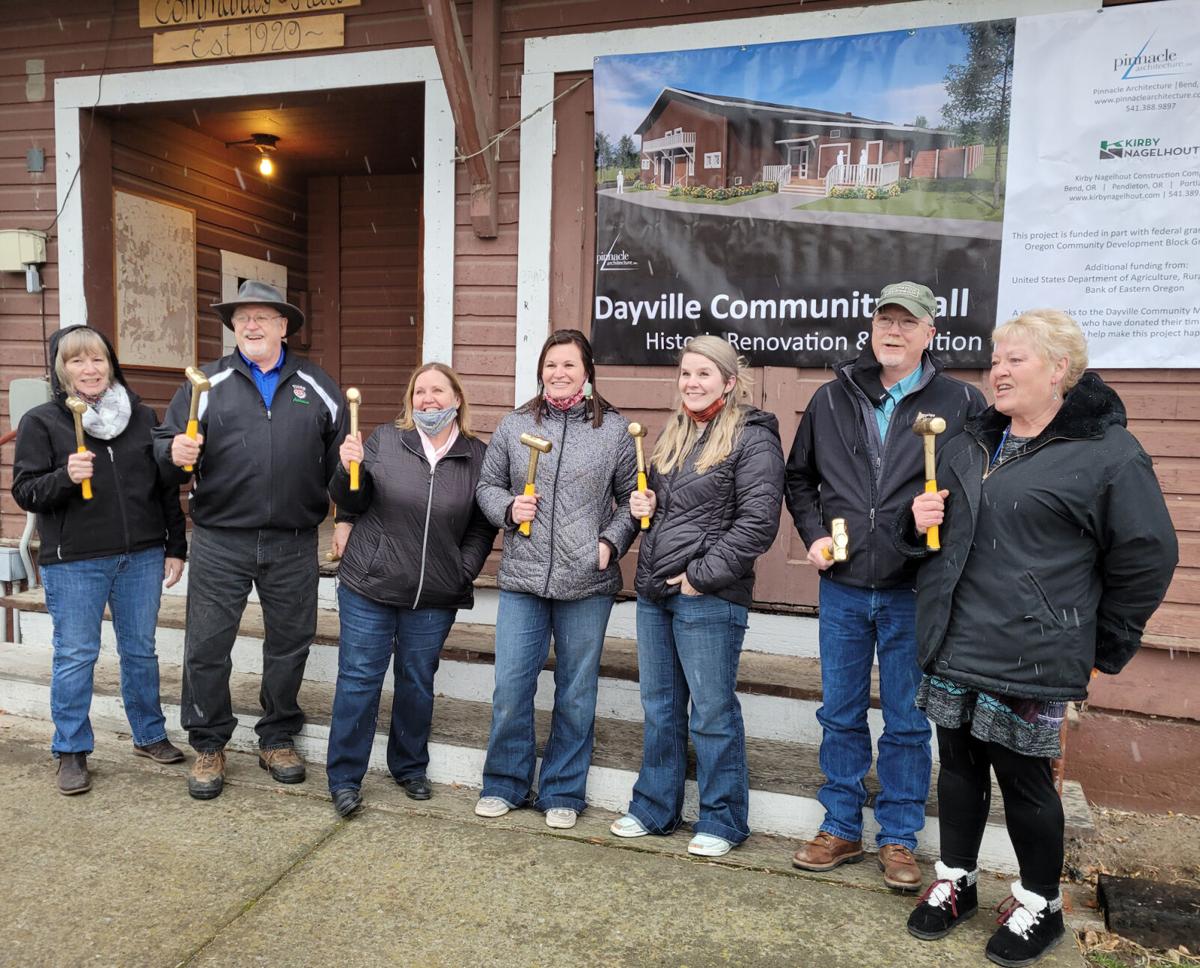 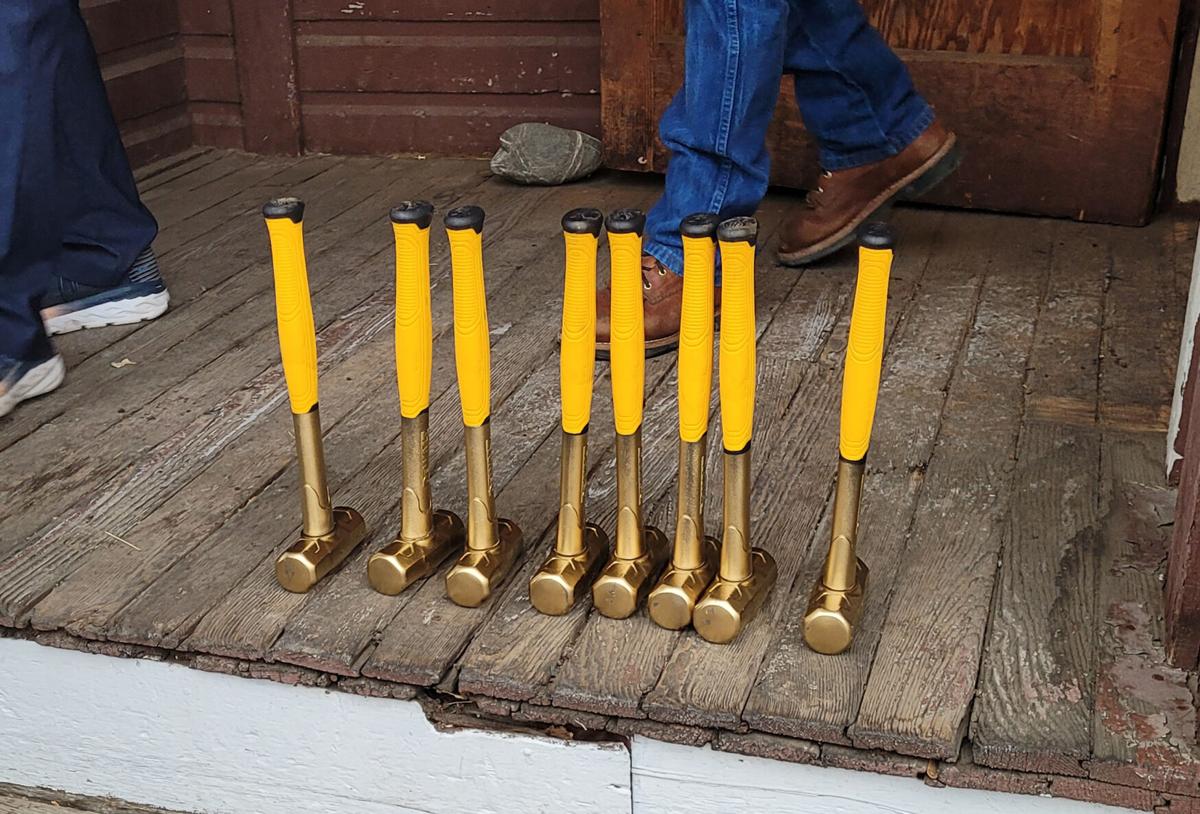 Golden hammers and a speech by Mayor Ilah Bennett commemorated the start of renovation on the community hall in Dayville. 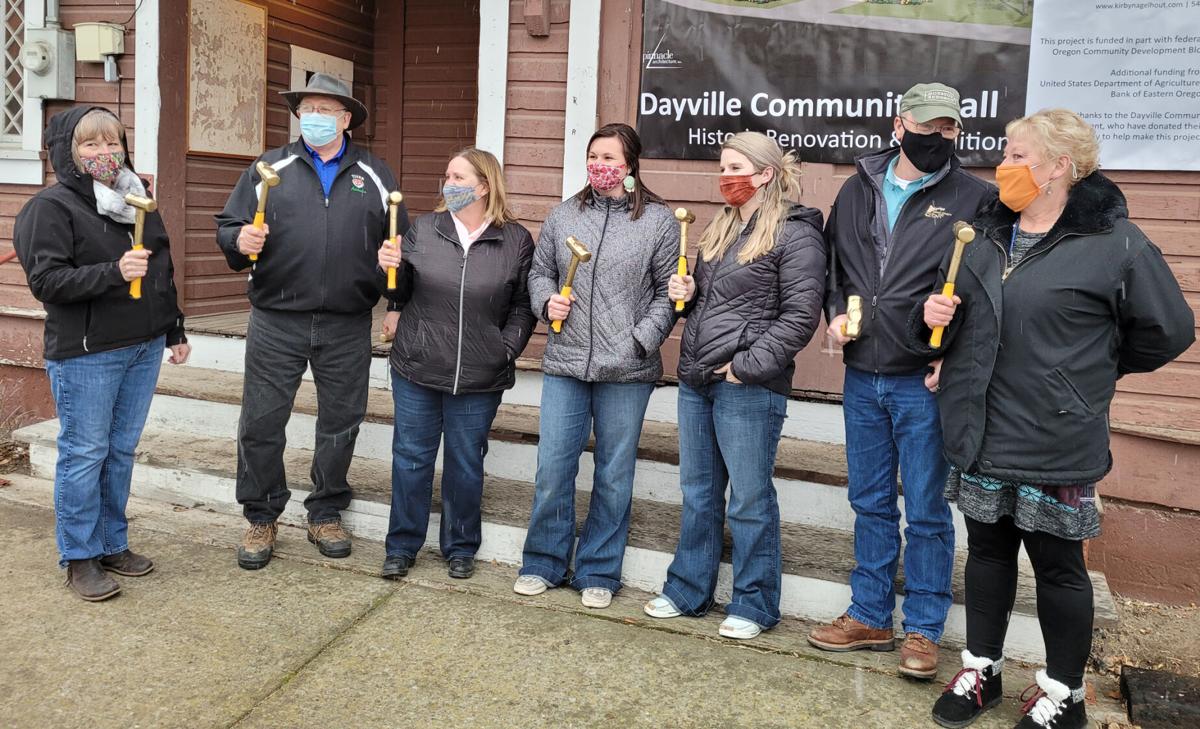 Golden hammers and a speech by Mayor Ilah Bennett commemorated the start of renovation on the community hall in Dayville.

A Dayville project 40 years in the making has realized a huge benchmark.

On Feb. 18, residents gathered for the groundbreaking ceremony for the renovation of the community hall.

Dayville City Recorder Ruthie Moore said about 35 people were at the ceremony as golden hammers and a speech by Mayor Ilah Bennett commemorated the monumental step in Dayville’s history.

“Everybody’s just excited that we got through all the paperwork and jumped through the hoops, and now we’ve got a start date for the project,” Bennett said.

Bennett said the renovation will begin on March 1 with the completion expected around November of this year.

Dayville City Councilor Skip Inscore said the ceremony marked a culmination of an abundant amount of work from several people over the last 20 years. He said former Dayville Mayor Peg Adams had a dream of refurbishing the hall that was built in 1920 so it could be used year-round. After Adams’ time as mayor, Inscore said Moore helped keep the project going forward.

“The town owes a great deal to Ruthie Moore and Peg Adams because they helped spearhead the project for many years,” Inscore said. “It was very gratifying for our little town to come together and work to garner the money that we have for the project.”

At the ceremony, Bennett said the community spent four decades making the renovations possible. She said this project started to become a reality when the late Scott Fairly of Business Oregon heard about the deteriorating community hall during a small cities meeting.

“Because of him, we received $1.5 million,” Bennett said. “He will never see the finished building, but he will not be forgotten.”

Numerous people and organizations also helped bring the project to fruition, she said.

Melanie Whedon, a project architect from Pinnacle Architecture, said many of the original characteristics of the hall will remain or be reconstructed to match the aesthetics and history of the original hall.

“We are just as elated as the city to finally see this project move into construction,” she said. “This project contains the historic renovation of the existing community hall ... as well as a new addition containing new updated restrooms, a kitchen and a meeting room. New mechanical and building envelope upgrades will allow this building to be used year-round.”

Kirby Nagelhout Construction Company will carry out the construction.

Dayville City Councilor Robert Waltenburg said the public acknowledgments at the ceremony mentioned many people who made the project possible, which highlighted what a small community can do.

“The Dayville Community Hall is where we see celebrations of life, wedding receptions and community celebrations,” Waltenburg said. “It’s huge that we have this revamped venue for our community to have.”