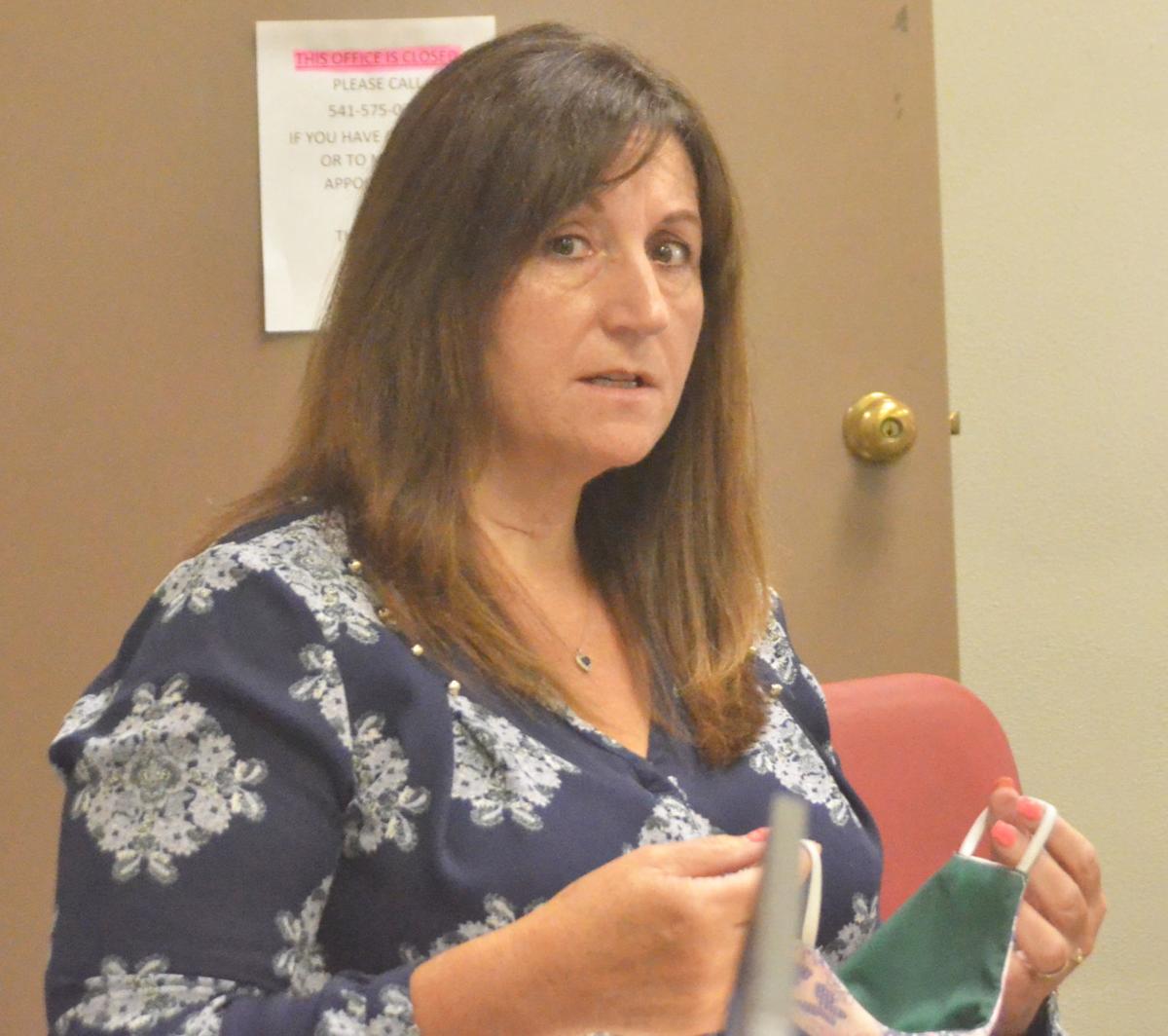 Dispatcher Cammie Haney said a bill in Congress that would reclassify dispatchers as first responders instead of office administrative support workers passed in the United States House of Representatives but has stalled in the Senate.

“Those professions do not in any way endure the same amount of stress and trauma that comes from calmly and meticulously handling high-risk fire, police and medical situations,” Haney said.

After attending a stress management class and learning that little research exists about mental health among dispatchers, she decided to develop an informal survey last year using a free survey engine and shared it with several 911 social media groups she belongs to.

The survey was an anonymous self-report and ended with an open comment section. She said about 750 responded across the country, and there were a few international participants as well.

Haney said the survey also revealed dispatchers and police officers have PTSD at roughly the same rate — dispatchers at 18% and cops at 19%.

Haney said, in light of the Senate’s inaction on the bill, states and counties are making changes locally by passing resolutions recognizing dispatchers as first responders.

Haney said the counties in Oregon that passed resolutions include Clackamas and, most recently, Harney.

“By the county court approving a resolution declaring 911 dispatchers as first responders, they are sending a clear message to the state of Oregon and our country that the occupation of a 911 dispatcher is more than a secretary sitting at a console, pushing buttons and taking notes,” she said.

Commissioner Sam Palmer said he is concerned about the liability of signing onto the resolution and asked if legal counsel or an insurance carrier had reviewed the proposed declaration in the event of “something going wrong.”

For instance, he asked what the legal repercussions would mean for the county if a 911 dispatcher gave “outdated” medical advice.

Valerie Maynard, John Day Emergency Communications Agency manager, said the resolution is “symbolic” and would go to the state and be used to build more support to push legislation on both the state and federal level.

Maynard said their proposed resolution mirrors the one passed by Clackamas County, which was reviewed by their legal counsel.

Palmer said he was also concerned that the resolution Haney and Maynard submitted to the court included verbiage that a dispatcher would stay on the phone with someone until a paramedic arrives on the scene.

He asked what would happen if a paramedic did not respond to an emergency, or if there was no paramedic available to answer.

Palmer said there was an incident earlier this year where a paramedic could not respond because the ambulance was on another call and someone else ended up responding and transporting the victims to the hospital.

Haney said the proposed resolution is a template, and the court can change the language.

Palmer said, if he were going to pen his name, he would like to have the word paramedic changed to something else, such as an emergency medical services provider.

County Judge Scott Myers asked if “other responders” could replace the word “paramedic.” He said it seemed like a simple fix.

He said they could have the proposed resolution reviewed by their legal counsel.

“I know it’s a matter of semantics,” Palmer said. “But in this day and age, semantics matter.”

Maynard said she appreciated the concern.

Haney said after the meeting Palmer asked a valid question and made a valid point.

Maynard said the resolution would open up more benefits for 911 dispatchers, including access to mental health, training and eligibility for more grant funding.

Palmer asked Maynard if the dispatch center offered intervention programs for the high rates of PTSD among dispatchers.

Haney said there is a peer support group with Grant County Sheriff’s Office, John Day Police Department and other emergency workers that check in one another after traumatic events occur instead of meeting on set day and time.

“It really falls back on making sure everybody is being taken care of,” she said.

Myers asked if passing resolution would bring a change in pay or their Public Employee Retirement System benefits.

Maynard said the designation would not have any “fiscal impact” to the county and that 911 dispatchers already have the option for early retirement.

“It recognizes the dispatcher for what they do,” she said. “We truly are the first first responder.”

Grant County resident Jim Spell asked the court about the current status of the Emergency Operations Center. He said there had not been much information out to the public about the center.

Commissioner Jim Hamsher, the EOC liaison, said there is a “limited staff” that is working on an as-needed basis and said the county will interview a potential emergency management coordinator Thursday. He said the new coordinator should have a recommendation on what direction they would like to take regarding its future.

Maynard said the dispatch center does not have any information and asked if the phone numbers at the EOC were still valid as dispatch still receive calls. She said they have been telling people they do not know if any EOC staff members are at the Grant County Regional Airport location.

Myers said there were three or four numbers exclusively for the EOC. Hamsher said there is nobody putting in hours to answer calls to the center, but emails are forwarded to staff members.

Maynard asked that the court update the dispatch center when they hire a new coordinator and bring on new staff at the EOC so they can give the public accurate information.

She said she spoke to her staff member who receives complaints for businesses that do not comply with the requirement and Grant County is the “best actor” out of four counties.

She said a formal letter is sent to the business if they should continue to not follow the order, and as a last resort, there are penalties that the department is required to issue.

She said the staff has not had to send out a formal letter.

Lindsay said the COVID-19 core medical group continues to meet regularly and has started reviewing reopening plans from a couple of schools in the district.

She said the state requires the medical group to review reopening plans, and the benchmarks to meet come from the state.

Health Department Accreditation Coordinator Kathy Cancilla, named the county’s emergency planner a month ago, briefed the court on Grant County’s testing data and said there were incorrect numbers reported to the state of how many actual tests were administered. Lindsay said it appeared that not all of the results from the Abbott rapid-testing machine at Blue Mountain Hospital were submitted.

Grant County Health Department Clinic Manager Jessica Winegar said Monday that she met with hospital staff to review the numbers and confirmed that some test results did not get reported to the state.

“Over the last six weeks, it appears that a few test results were not submitted and/or some tests did not have appropriate items checked to be included in the counts,” Winegar said. “The issue has been rectified — all results have been submitted and state confirmed receipt.”

Winegar said the hospital’s lab is currently being reviewed for the second time for all of the lab’s tests. A “new electronic pathway” was developed for reporting the test results and she confirmed that as of Monday afternoon Grant County continues to have only one positive test from March.

• The members of the court signed on to officially endorse the Zero Suicide Initiative and framework being implemented by Community Counseling Solutions. Lindsay said CCS would include the endorsement from Grant County Court on their website. Lindsay said CCS offers suicide prevention training and recommended those interested in learning more about suicide prevention to go to CCS’s website as they have links to the “Question, Persuade, Refer” training program.

• Lindsay asked the court to sponsor CCS on its application for a Community Development Block Grant to remodel the building they purchased from the county. She said her goal is to bring the CCS staff under one roof. She said she met with Business Oregon, and it looks like they qualify, but they would need the county to sponsor CCS. Myers said the county is sponsoring Heart of Grant County for the construction of its domestic voilence center. Lindsay said the county can sponsor up to two block grants. Myers and Palmer moved to sponsor CCS, but Hamsher suggested the court check with the Grant County Fairgrounds.

FBI: 'Darkside' gang from Russia to blame for cyberattack on largest U.S. pipeline