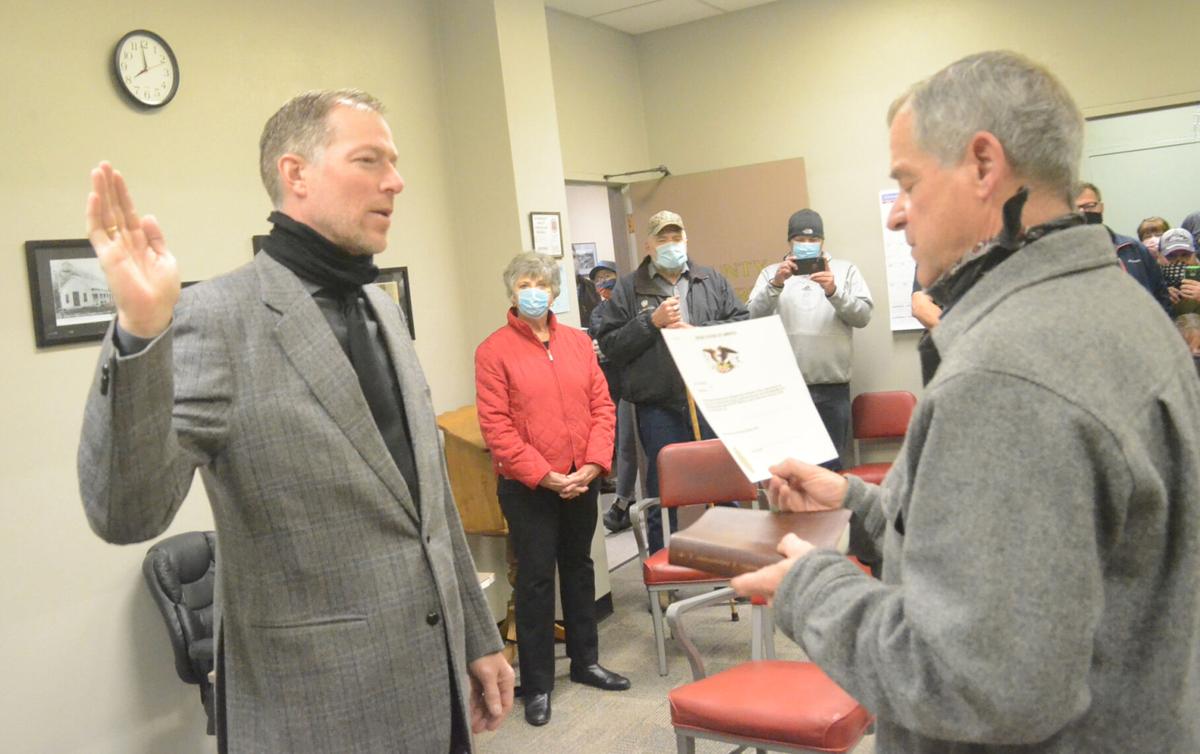 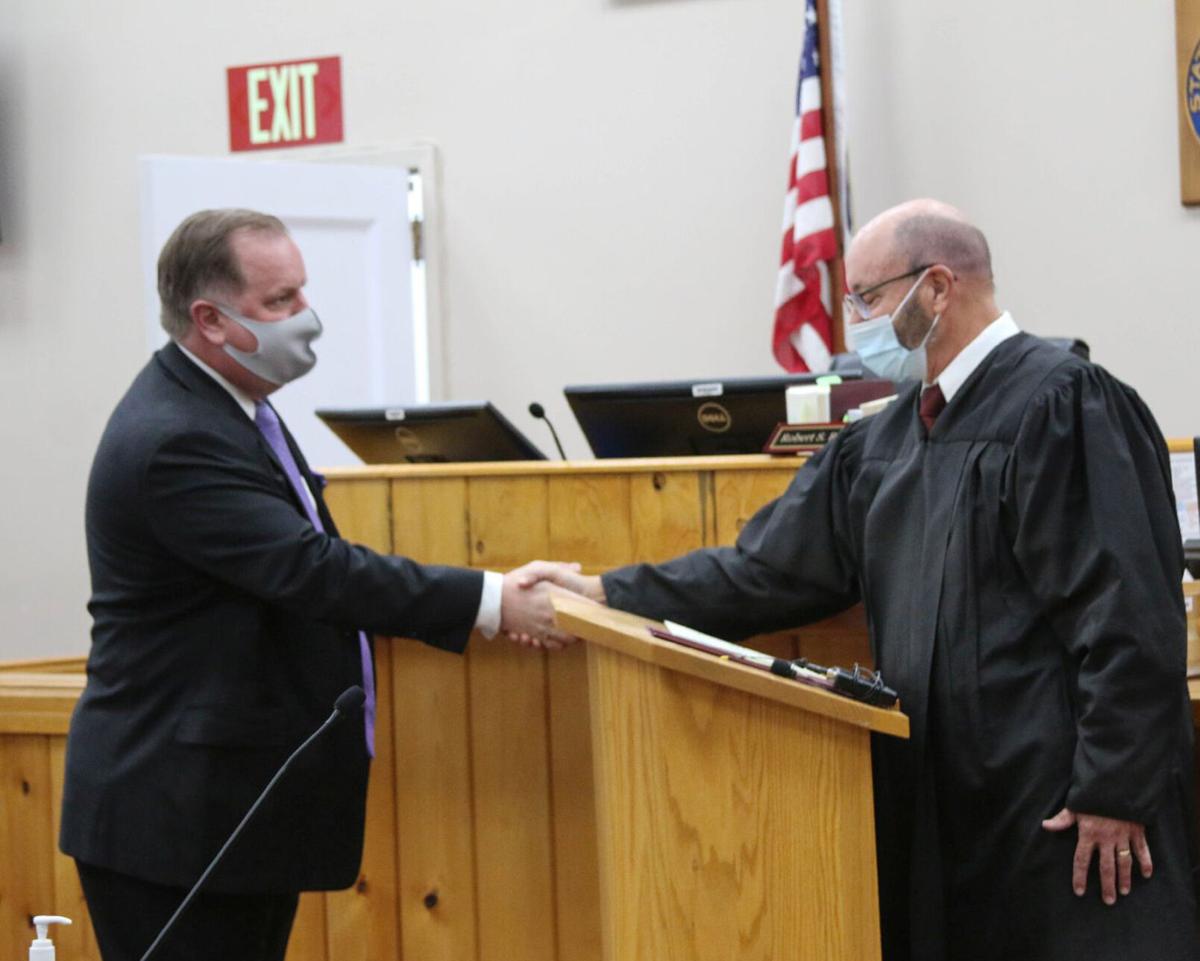 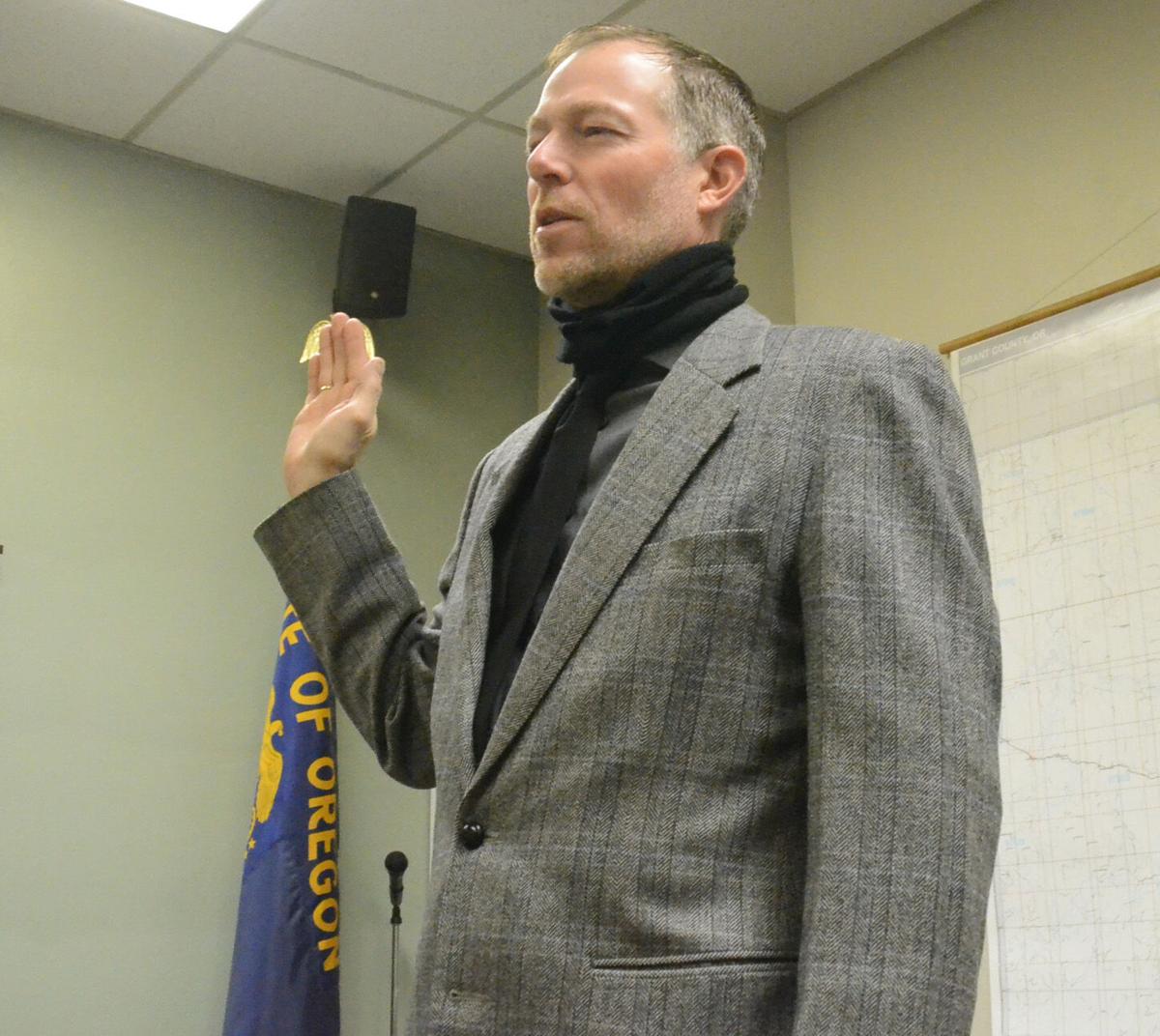 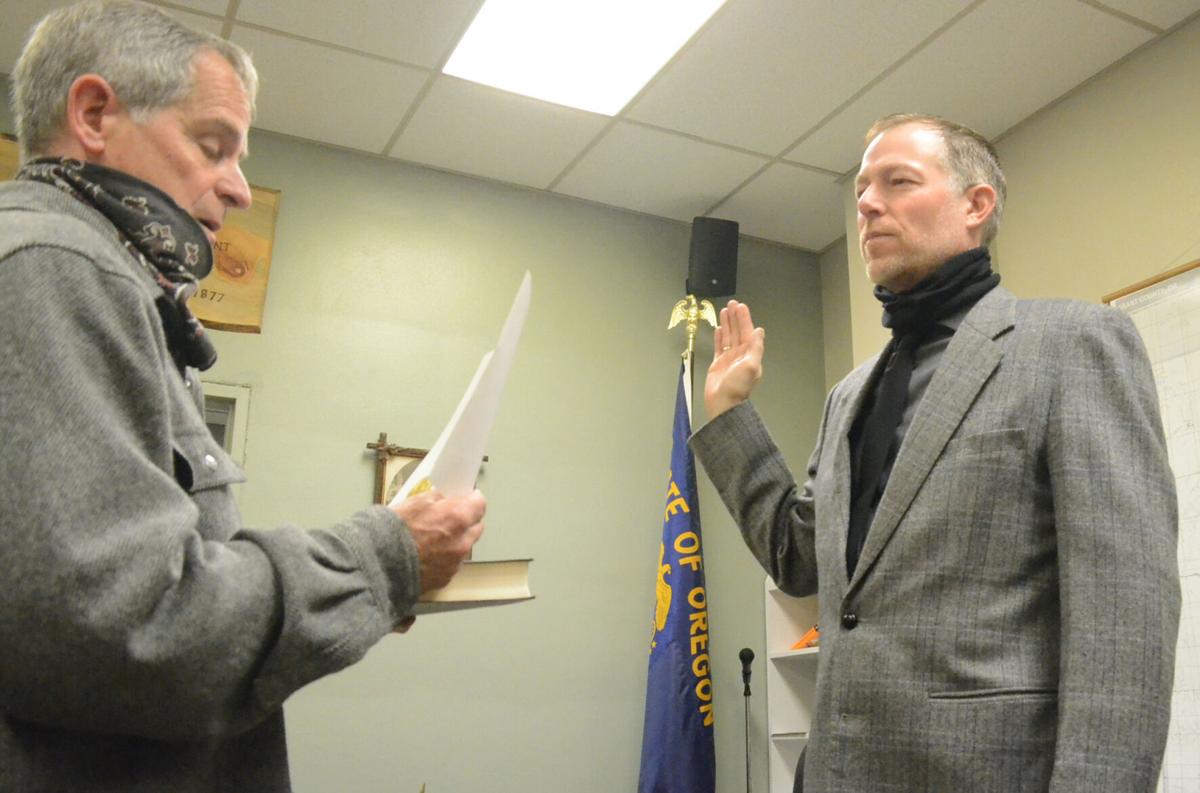 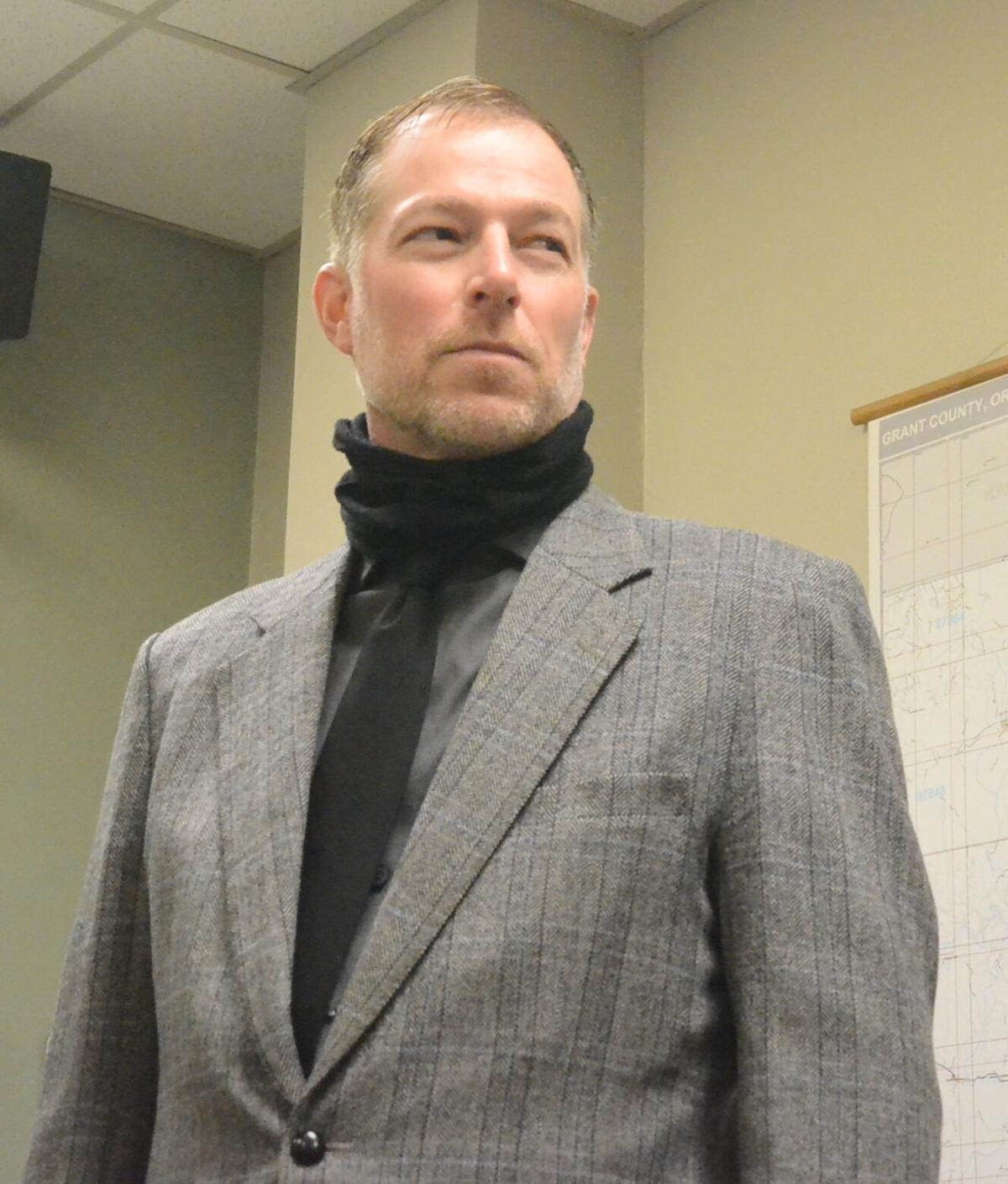 Todd McKinley waits to be sworn in as Grant County Sheriff Monday at the county courthouse.

Todd McKinley waits to be sworn in as Grant County Sheriff Monday at the county courthouse.

There’s a new sheriff in town.

Roughly 20 people showed up at the Grant County Courthouse Jan. 4 to see a veteran lawman Todd McKinley be sworn in as the county’s new sheriff, along with other elected officials.

“It was quite a journey to get here,” McKinley said in a phone interview from the sheriff’s office in between swearing in his deputies.

“(The job) began immediately after being sworn in,” he said.

McKinley said his new deputies were “relieved” to finally have a chance to sit down and talk to him since he could not do so after November’s election.

He said the conversations have been positive, and he is excited to take the helm.

He said his first conversation was with outgoing Sheriff Glenn Palmer.

“It went well,” McKinley said of his conversation with Palmer. “I’m going to leave it at that.”

McKinley, who defeated Palmer by about 500 votes, said he wants there to be less turmoil coming out of the sheriff’s office.

“There is always some turmoil in a sheriff’s office, but I don’t want the office to be the cause of it,” he said.

He said he wants people in the community to feel like they can reach out to their sheriff’s office.

McKinley said he was surprised at the number of people who showed up for the swearing-in ceremony.

He said he wanted to be careful how he phrased it when he said that it gave him “some new hope” for the county.

“The sheriff’s office is for the people,” he said. “It’s not about a hidden agenda. It is the people’s office.”

Raschio said he was on the bench “making decisions” hours after being sworn in by outgoing Circuit Court Judge William D. Cramer Jr.

“I’m excited to finally be on the job. I feel the gravity of the moment,” he said. “I’m going to really enjoy doing the work.”

Raschio said his biggest goal right now is to make sure that people in both Grant and Harney counties have “access to justice, openly, fairly and quickly and that the Constitution is front and center in all the decisions that are made in our courtroom.”

"The Sheriff's Office is for the people. It's not about a hidden agenda. It is the people's office."

Autonomous robot will work on the sea floor

Santa Maria man, dog charm the world in viral TikTok video: 'I love her more than my life'