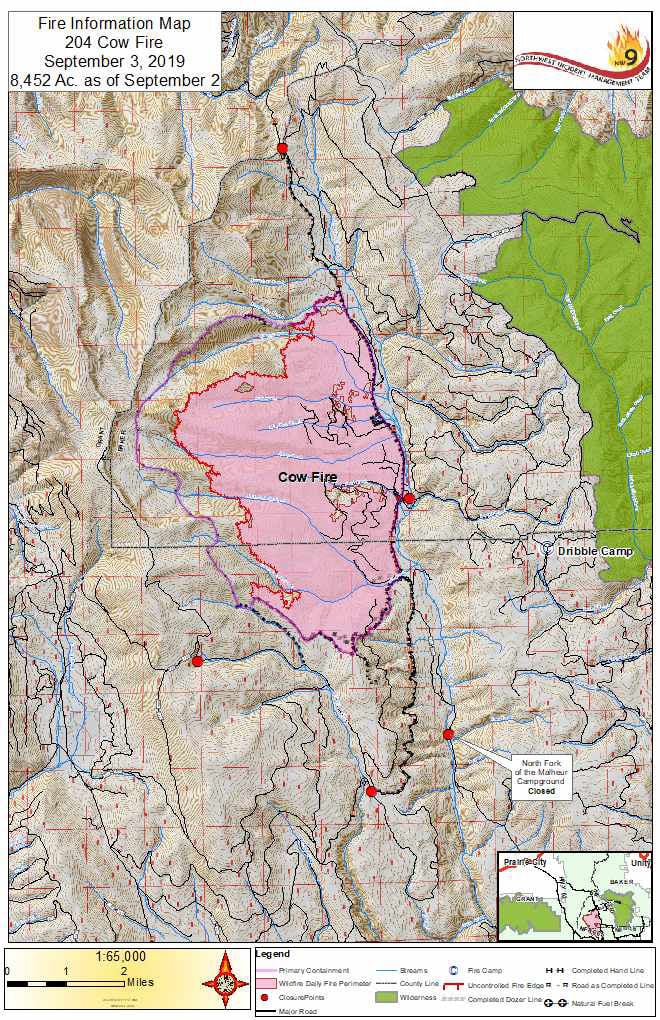 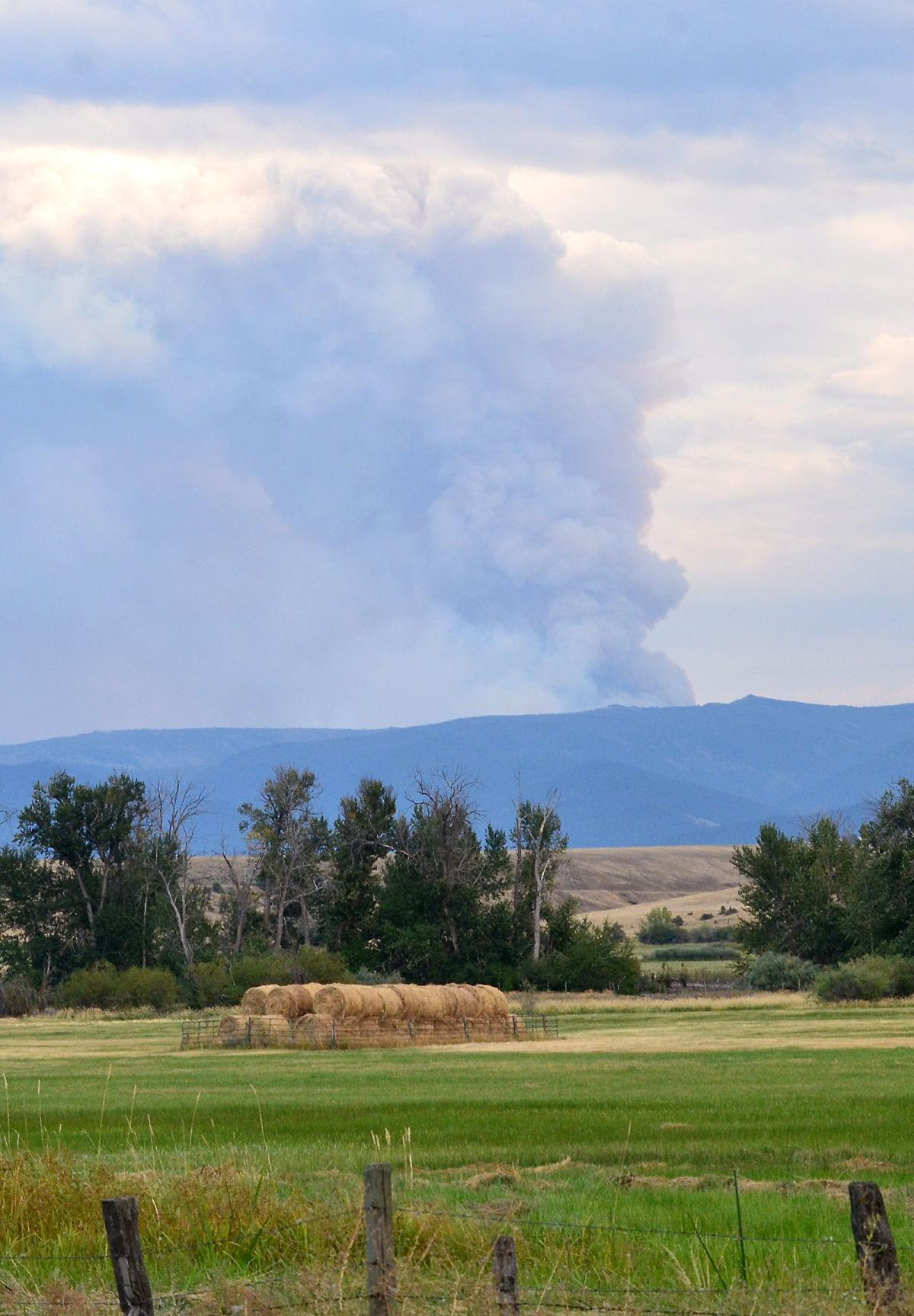 On Monday, crews completed bringing the fire out to the primary containment lines, with the exception of a short piece of the northwest line near Swamp Creek, according to a press release.

Firefighters expected to complete this final section Tuesday night when wind speed and direction are favorable.

Crews actively searched for and extinguished spot fires outside the line on the eastern and southern flanks. No spot fires were located after 2 p.m. Monday.

With the completion of strategic burning operations on most of the fire, crews will concentrate on mopping up areas immediately inside fire lines, to create a wide, black, cold barrier to the fire’s spread. Unburned islands within the fire may continue to burn and put up a smoke column.

They will watch for and help suppress spot fires resulting from embers that could carry across the lines in the fire’s smoke column.

Crews will search areas outside the line for spot fires on a grid pattern, so no area remains uninspected.

The number of total personnel assigned will steadily decrease as the containment level rises. With the conclusion of fire line construction and hazardous tree removal near fire lines, feller-bunchers and other heavy equipment will also be released.

A temporary flight restriction is in place. The NOTAM is 9/9780. The use of an unmanned aerial system (UAS, or “drone”) within the TFR is prohibited. There is very active use of helicopters and fixed-wing aircraft within the TFR, and any drone incursion will force the grounding of all firefighting aircraft.

Forest Road 13 remains closed at the Deardorff Summit, along with Forest Road 16 between the Short Creek Guard Station (forest road 13/16 junction) and the forest road 1665/16 junction. The North Fork Malheur Campground is closed.

The recreating public is reminded to use extra caution and slow down for heavy fire traffic, road closures and traffic delays.

To protect public and firefighter safety, a Closure Order is in effect for the vicinity of the Cow Fire and surrounding roads.

The Closure Order can be viewed on the Cow Fire InciWeb site at http://inciweb.nwcg.gov/incident/6526.

The Incident Management Team remains prepared to initial attack new fires in the vicinity of the Cow Fire, and to support other efforts in the area if requested by local agencies.

Barista shamed for enforcing rules gets more than $90k in tips

See inside a hospital on the front line against coronavirus