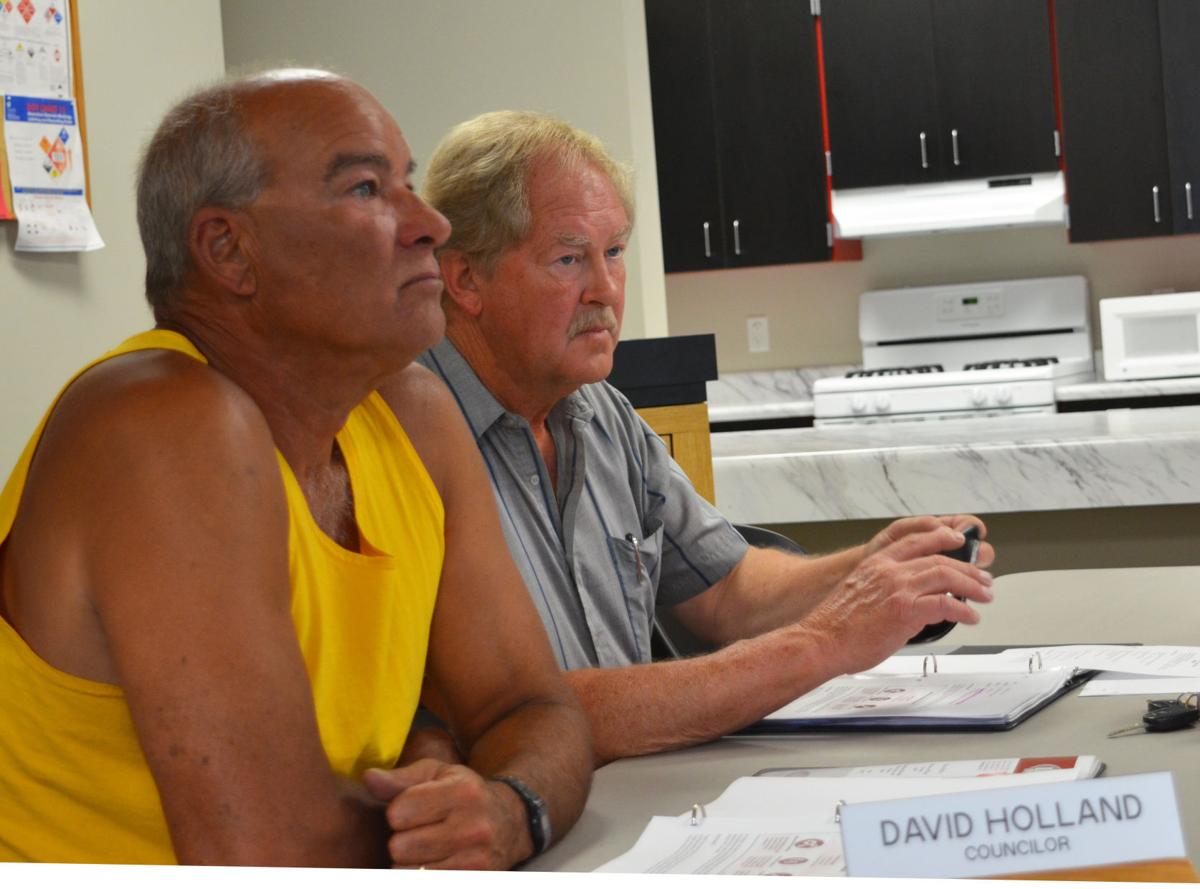 From left, Councilors Dave Holland and Paul Smith watch a presentation on the city's strategy for growth during the city council's July 24 meeting. 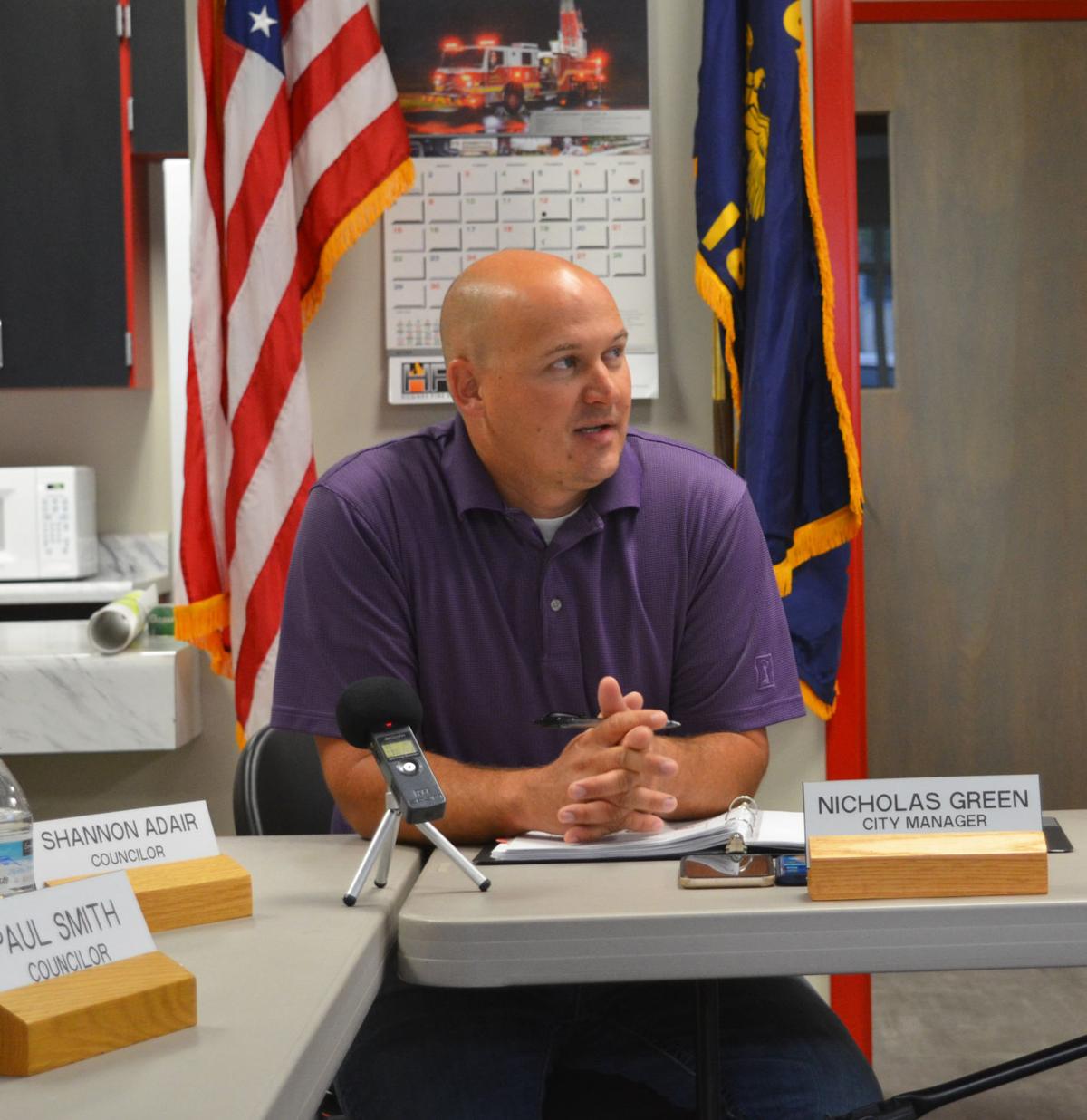 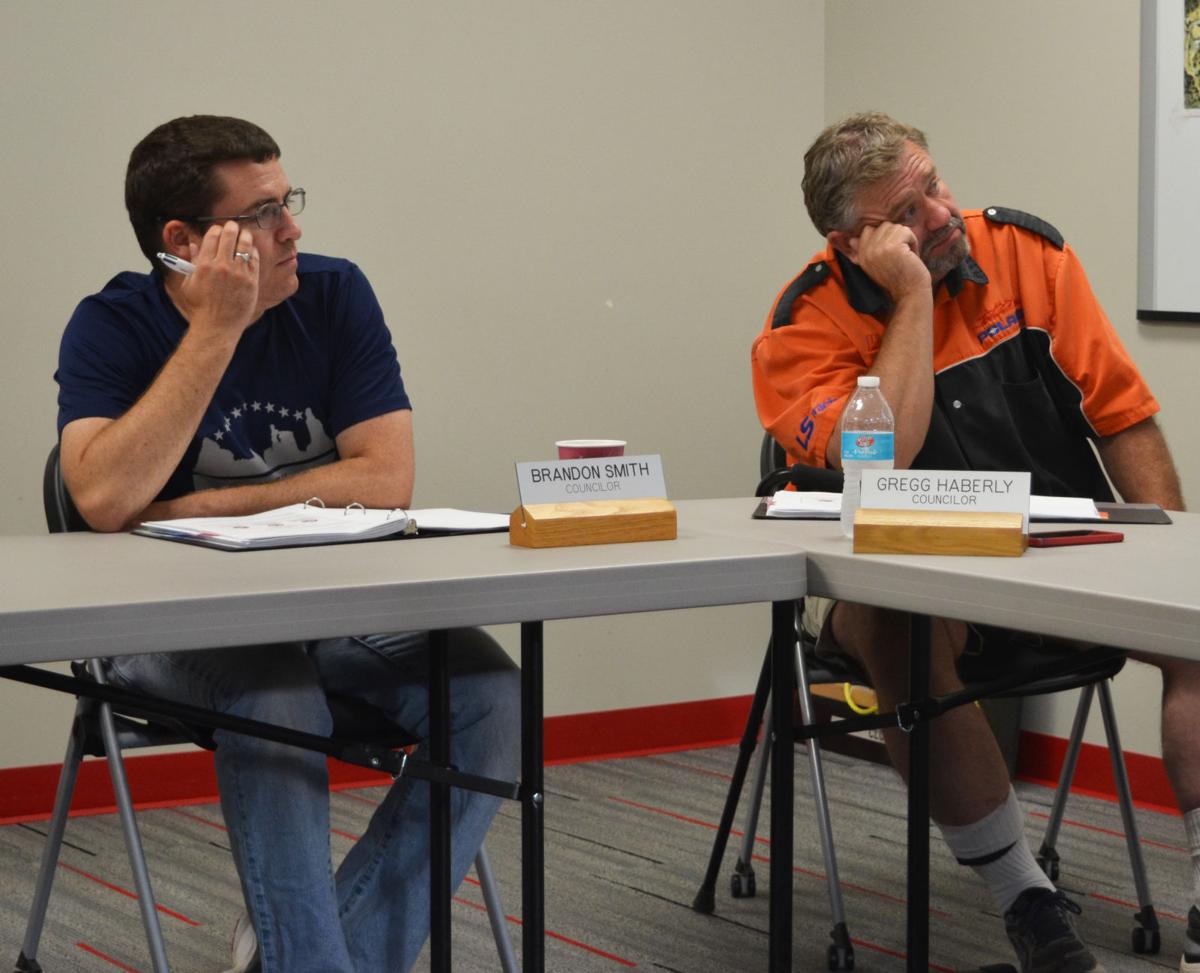 From left, Councilors Brandon Smith and Gregg Haberly watch a presentation on the city's strategy for growth during the city council's July 24 meeting. 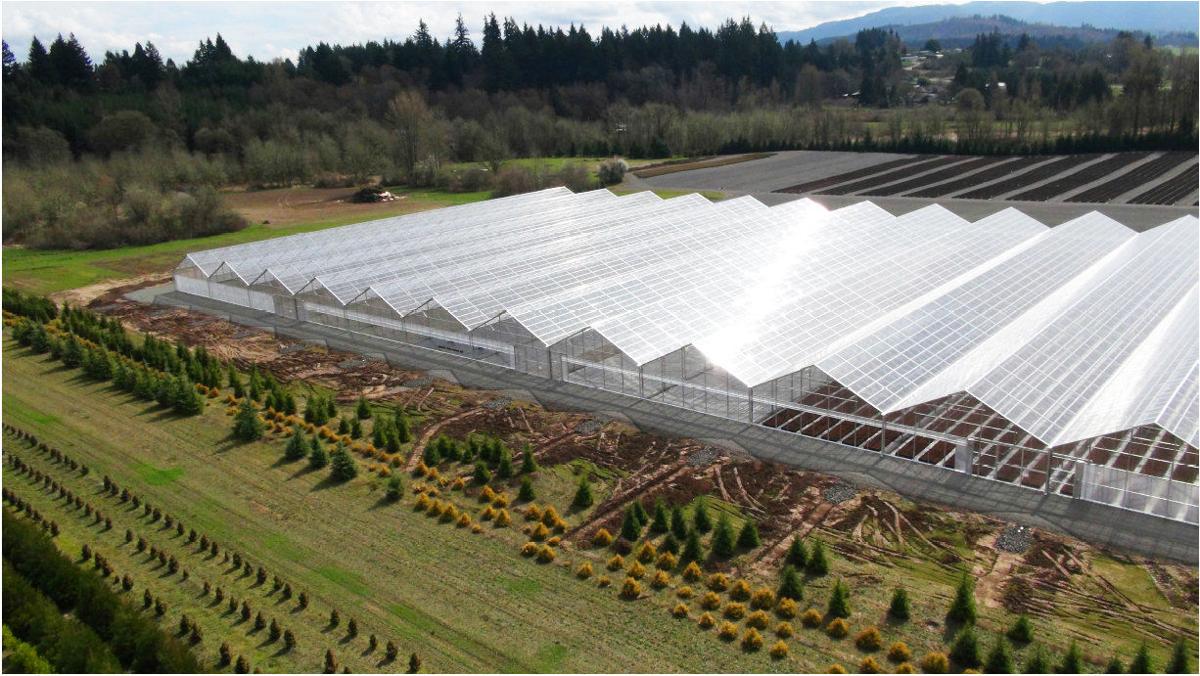 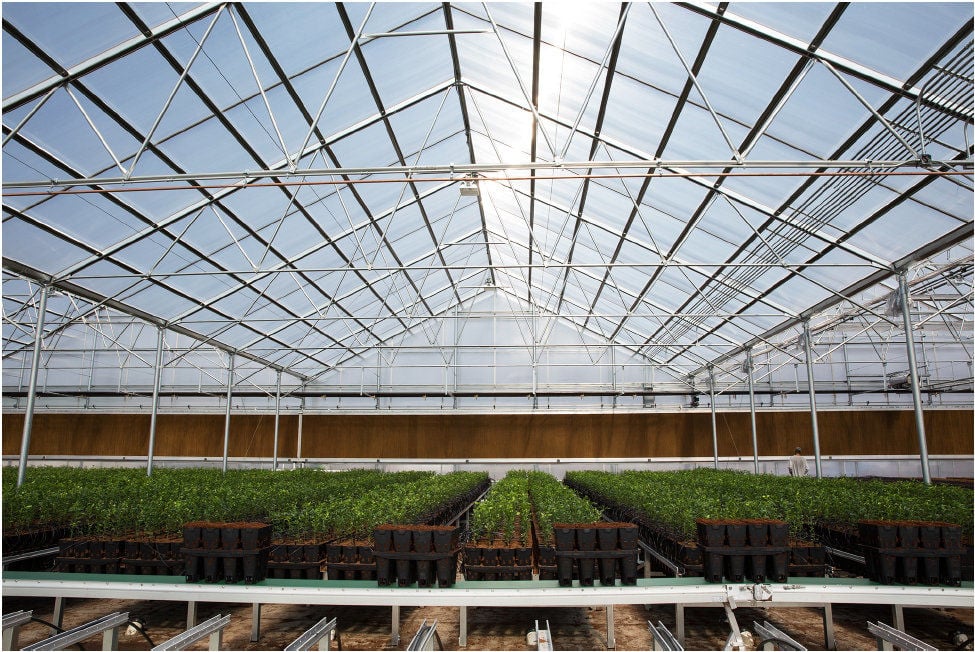 From left, Councilors Dave Holland and Paul Smith watch a presentation on the city's strategy for growth during the city council's July 24 meeting.

From left, Councilors Brandon Smith and Gregg Haberly watch a presentation on the city's strategy for growth during the city council's July 24 meeting.

The city of John Day moved ahead last week with commercial greenhouse plans for the Innovation Gateway site at the city’s west entrance.

The city council approved a notice of intent to award EuroMex, headquartered in Spain with offices in Los Angeles and Mexico, a $337,590 bid for a 6,240-square-foot greenhouse that will produce about 30 tons of produce per year, meeting the city’s demand.

Green said EuroMex will send personnel to John Day to install electronics and oversee city crews who will assemble the greenhouse. If the project works out, the city could build additional greenhouses and start exporting produce, Green said.

The city council will take up the EuroMex bid at its Aug. 14 meeting. The project will be reviewed by the Grant County Planning Commission later in August because the 2-acre site lies outside the city limits.

In a busy meeting, the council also picked two street projects to apply for funding from Oregon Special City Allotment grants, which recently increased from $50,000 per year to $200,000 for two separate projects. The deadline for submitting the grant application was Aug. 1.

The council agreed to apply for the grant funding to extend Valley View Drive to Patterson Bridge Road near the Malheur National Forest building, which would provide access to street networks within Phase 2 of Ironwood Estates.

This street plan was approved earlier by the city. Joe Hitz of Sisul Engineering said the road is about 80 percent built and estimated completion costs at $282,000.

The council also agreed to reconfigure and rebuild the intersection of Charolais Drive, Valley View Drive, Bridge Street and two other streets. Valley View and Bridge Street would become a through-street. Green noted that parking for the future Davis Creek trail system and botanical gardens would be located near this intersection.

Engineering for this project was completed, and John Day Public Works Director Monte Legg said the Grant County Road Department was still on board to assist. Hitz estimated the cost to complete the project at $244,000.

The option to extend Seventh Street west from Bridge Street to Patterson Bridge Road was turned down because it’s too early and too expensive. Extending Seventh Street would provide access to Innovation Gateway from the north side of the river and provide a second bridge connection for the city’s north side.

The design, however, is not final because the city’s new sewer treatment plant has not been sited, and the city was not sure what will happen to the existing percolation ponds, Green said.

The council also moved ahead with several long-range plans for city parks and trails.

Green was directed to continue negotiations with the Oregon Department of Parks and Recreation for the sale of 3 acres of city land adjacent to the Kam Wah Chung State Heritage Site.

The state wants to use the land, which includes Gleason Pool, to build a new interpretive center. Chris Labhart, who works at the museum, said the state might pay $1 million for the city land.

The council also authorized Green to sign a purchase and sales agreement for 10 acres of land on both sides of the John Day River near Canyon Creek owned by Colleen and Celeste Hill.

The 4-acre property on the south side of the river would be used for a new city park. Green noted that additional property needed for a trail along Canyon Creek linking the new park to Kam Wah Chung would be provided through lot-line adjustments.

Two neighbors, however, expressed security concerns if a public trail is built right along their backyards. They also noted that the city’s creekside property may be too narrow in places for a new trail.

Lastly, the council approved a $17,500 feasibility study agreement with consultant Counsilman-Hunsaker for options for a possible new aquatic center to replace Gleason Pool. Green assured Mayor Ron Lundbom that the funding was available and said he hopes to leverage the $17,500 into a regional investment to attract people to John Day.

The city council’s next meeting is Aug. 14.

NYPD Commissioner: Garner's death must have a consequence (2019)