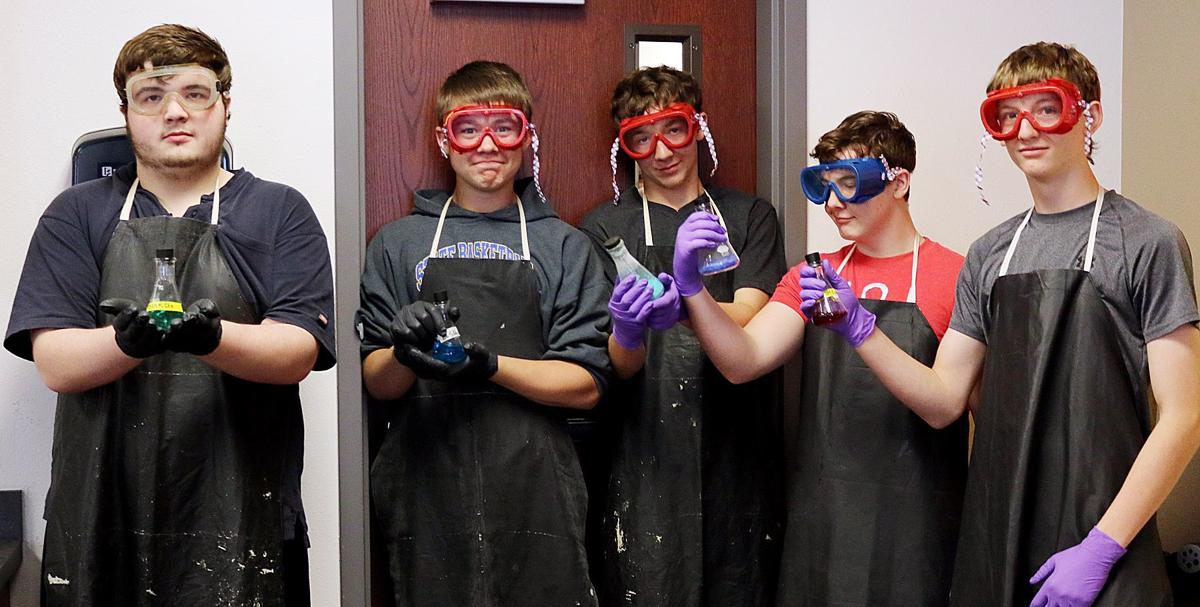 Serious science can be fun, as these Grant Union ninth-graders demonstrate for the camera. The team – Dante Valentine, Cauy Weaver, Duane Stokes, Elijah Humbird, and Zack Dieter – designed a project that won a countywide contest and will be tested in space. 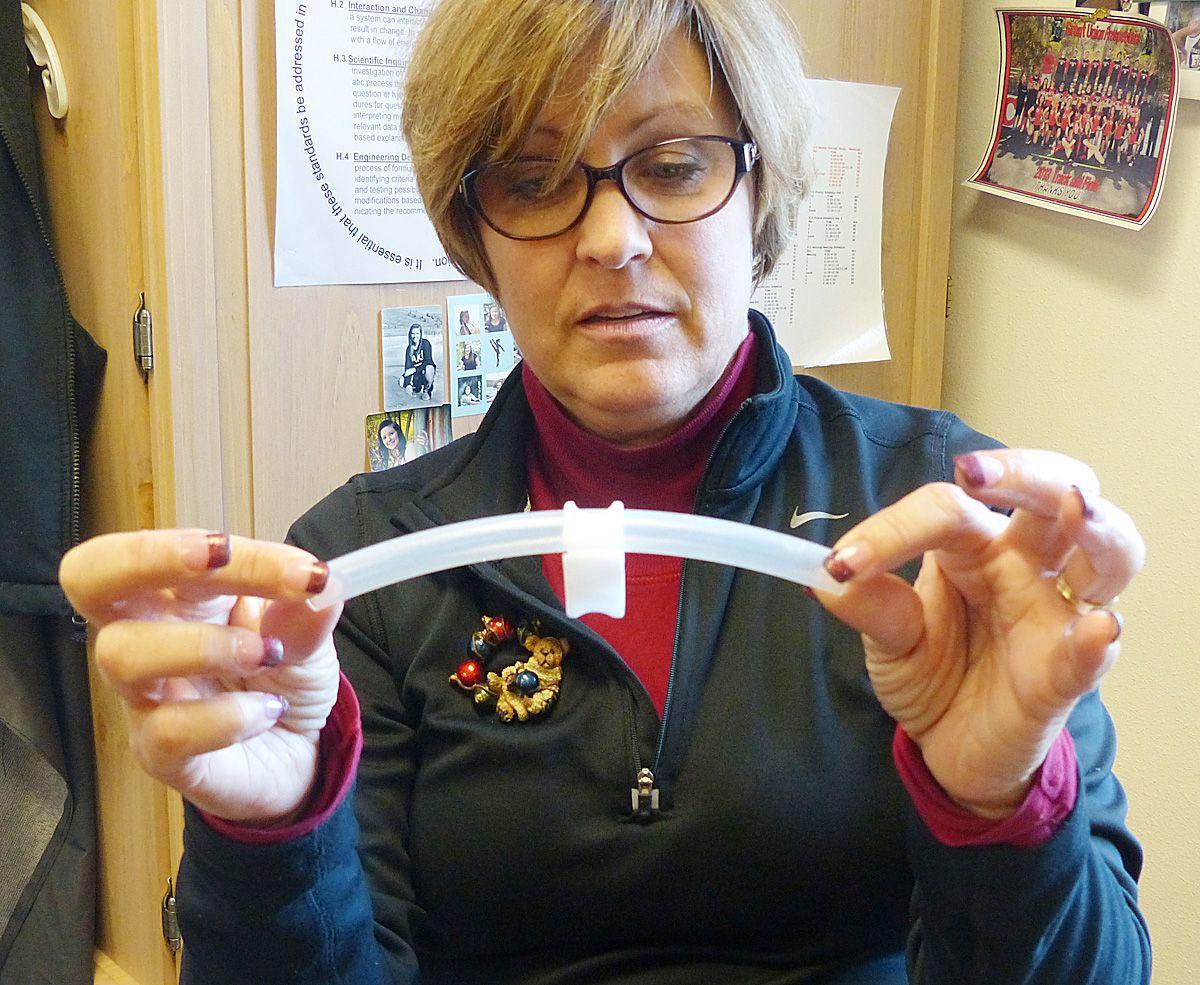 One of the challenges facing students proposing experiments to send into space was the tight fit – the project had to fit in a small tube. Here, teacher Sonna Smith holds one of the tubes in the lab at Grant Union.

Serious science can be fun, as these Grant Union ninth-graders demonstrate for the camera. The team – Dante Valentine, Cauy Weaver, Duane Stokes, Elijah Humbird, and Zack Dieter – designed a project that won a countywide contest and will be tested in space.

One of the challenges facing students proposing experiments to send into space was the tight fit – the project had to fit in a small tube. Here, teacher Sonna Smith holds one of the tubes in the lab at Grant Union.

JOHN DAY – A team of students from Oregon’s frontier is getting a shot at the fabled “final frontier” – space.

In all, 33 teams from Grant County entered the contest, conducted as part of the national Student Spaceflight Experiments Program. The program encourages real-world science and engineering education and is a national model for STEM – science, technology, engineering and math – education for grade 5 through college.

The spaceflight competition challenges student teams to come up with experiments that can be tested in a “weightless” environment by astronauts on the International Space Station.

The Space Station astronauts are scheduled to conduct the Grant Union team’s experiment during a six-week orbit this spring.

Sonna Smith, who teaches chemistry and science at Grant Union, is the local coordinator for the program. She was impressed with all of the local entries, and the creative approaches students took toward solving problems in microgravity.

“I was amazed at the variety of ideas the kids came up with,” she said. The topics ranged from how to culture yogurt in space to a test of Henry’s law, a chemistry principle applying to the solubility of gases.

The local effort began in the fall with students learning about forces and motion in science classes at their schools. Then they formed teams to research and design their experiments.

The experiments had to be space-worthy, include a maximum of five steps, and require no refrigeration. And here’s the big catch – the experiment’s components had to be compact enough to fit into a small tube for transport into space.

As the students honed their entries, Smith pulled together a review board made up of local professionals in science and engineering. The board members and their areas of expertise were Jeff Campbell, microbiology; Ryne Smith, chemistry; Holly Bentz, aquatic restoration and engineering; Al Denman, science educator; and Kyle Sullivan, soil science and chemistry.

The local board narrowed the field to three teams.

The three projects were sent on to SSEP for review by a national panel, which selected the Grant Union ninth-graders’ experiment for testing in space.

The team’s project focuses on how microgravity might affect variation of protein structures. Specifically it looks at the structure of a protein in E. coli, and factors that could encourage “misfolded proteins” – a possible cause of slow-developing diseases such as Alzheimer’s, Parkinson’s and Huntington’s diseases, among others.

“Knowing if microgravity contributes to or diminishes the misfolding of (green fluorescent protein) could help prevent long-term health problems for astronauts or provide new treatment pathways in the future,” the students wrote in their proposal.

Smith said the winning team will continue to refine their project as the flight time approaches, and then ship their loaded mini-laboratory to NanoRacks, a private company that provides laboratory facilities for the Space Station.

“The students will be doing their experiment in the school lab, repeatedly, to find conditions that give optimal results,” she said.

The team will continue working on their experiment after the flight, analyzing samples and data, and sharing the results with other scientists. They also are making plans and raising funds to attend a national conference in July at the Smithsonian in Washington, D.C.

In addition, all of the participating teams will be asked to show their projects at the local science fair, set for April at Grant Union.

Smith said the Spaceflight program was possible in Grant County thanks to grants and donations from many sources including the SSEP’s national program, the Ford Family Foundation, the Ward Family Fund, the Shelk Fund, Dr. Knute Buehler, Oregon Trail Electric Cooperative, and the Grant and Monument school districts.

SSEP is a program of the National Center for Earth and Space Science Education (NCESSE) in the U.S., and the Arthur C. Clarke Institute for Space Education internationally.