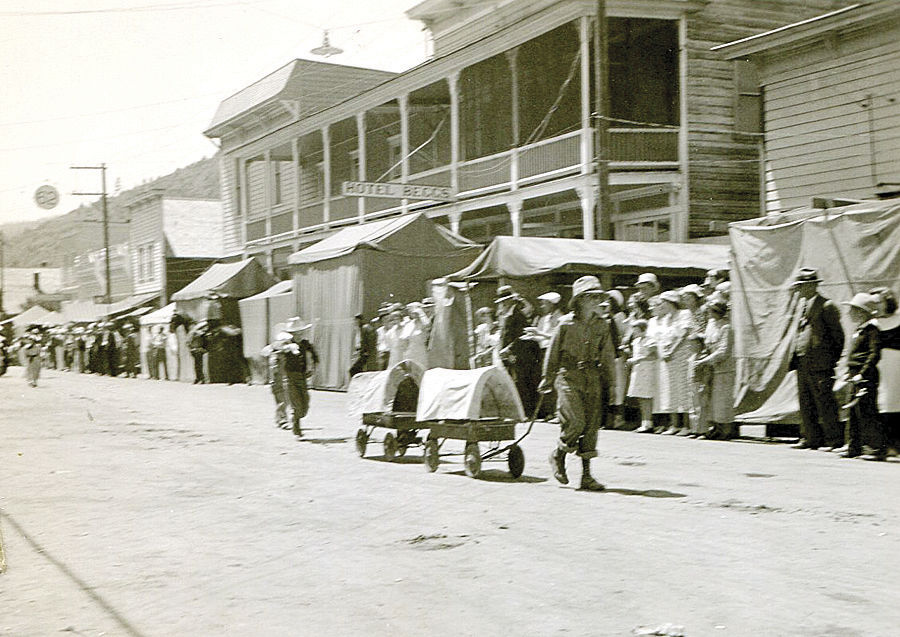 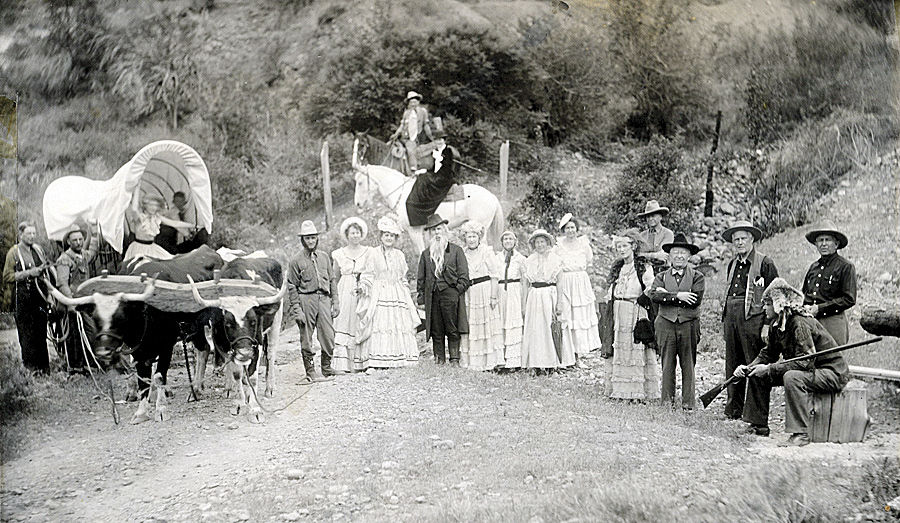 <p>A group of celebrants are decked out in pioneer garb, with an ox team and wagons nearby, in preparation for the 1932 '62 Days, at a placer mine, near Castle Rock, Canyon City. The photographer was H. Putzien.</p>

<p>A group of celebrants are decked out in pioneer garb, with an ox team and wagons nearby, in preparation for the 1932 '62 Days, at a placer mine, near Castle Rock, Canyon City. The photographer was H. Putzien.</p>

Its a pretty good bet that most people living in Grant County today did not come here searching for gold.

But back in 1862, the bright yellow metal was the No. 1 attraction, after the first discovery of it in a section of Canyon Creek that summer.

Soon after, at the peak of the gold rush, Canyon City was bursting with a population of about 10,000  bigger than Portland at the time.

While there wont be that many people in Canyon City this weekend, the town will be bursting with excitement as it marks the discovery of gold 150 years ago, during 62 Days on Friday and Saturday, June 8 and 9.

The event has been held continually  and by the same group, the Whiskey Gulch Gang  since 1922.

This years 62 Days marks 150 years since those first nuggets were drawn from Canyon Creek on June 8, 1862. According to Oregons Golden Years by Miles F. Potter, the creek was first dubbed Whiskey Gulch because the ground was so rich, the water was reserved for mining  whiskey was plentiful and a shortage of water was no handicap.

And as word spread, a community sprouted.

According to a May 31, 1962, Canyon City Centennial Edition of the Blue Mountain Eagle, G.I. Hazeltine recorded that by July 5  just a month later  about 1,000 men were camped on a two-mile stretch from Whiskey Flat to the confluence of the creek and the John Day River.

The first claim was filed on July 7 that year, and the townsite of Canyon City laid out on July 20. In 1864, a post office opened and Canyon City was named Grant County seat.

Most estimates show that during those years, over $20,000,000 was taken from the canyon, and along Pine Creek in the nearby Marysville area. By many accounts, it was the richest single placer diggings in Oregon.

People who live on Humbolt Drive in Canyon City might be interested to know that at one time during the gold rush, the land beneath their homes was worth about $500 a square yard  sometimes double that upon sale to a new owner.

A mother lode of events has been planned for this weekends historic event. Among the activities scheduled are: Cowboy Fast Draw competition; parade at 11 a.m.; 1800s costumes, liars and beard demonstrations; and plenty of food from a chili contest Friday night to breakfast, a barbecue and a pie social on Saturday.

Kids will have plenty to keep them busy too in Sproul Park. According to Canyon City City Recorder Tammy Bremner, there will be a bounce house and a train, plus games such as chicken bingo and a pie-eating contest.

Folks up early enough can watch or participate in two run/walk events Saturday morning: the Gold Rush one at 7 a.m. and the March of Dimes at 9 a.m. Both are 3.1-miles long, and start and finish at Sels Brewery.

Boots Gibson and the Steppers will provide fiddle music in the park Saturday, and Phinless will entertain folks in Sels Brewery both Friday and Saturday nights.

Bremner said they are also repeating the popular Treasure Hunt, with a few changes. This year, 12 clues will be announced on KJDY starting Friday at 4 p.m. Six of the clues lead to a hidden token for a prize, and the other six lead to a grand prize of a barbecue grill with propane tank.

Dave Traylor, president of the Whiskey Gulch Gang, said that as prizes for various other events, theyll be giving out small vials of real - yes, real - gold.

Maybe not the real deal, but whos to know? And far easier, anyway, than sitting by a muddy creek with a pan.

Blinken cracks up at hearing over GOP senator's conspiracy theory