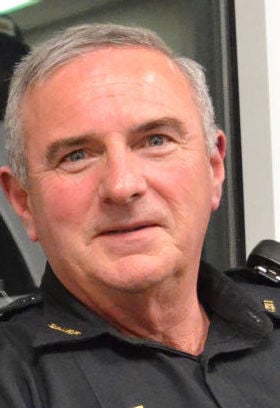 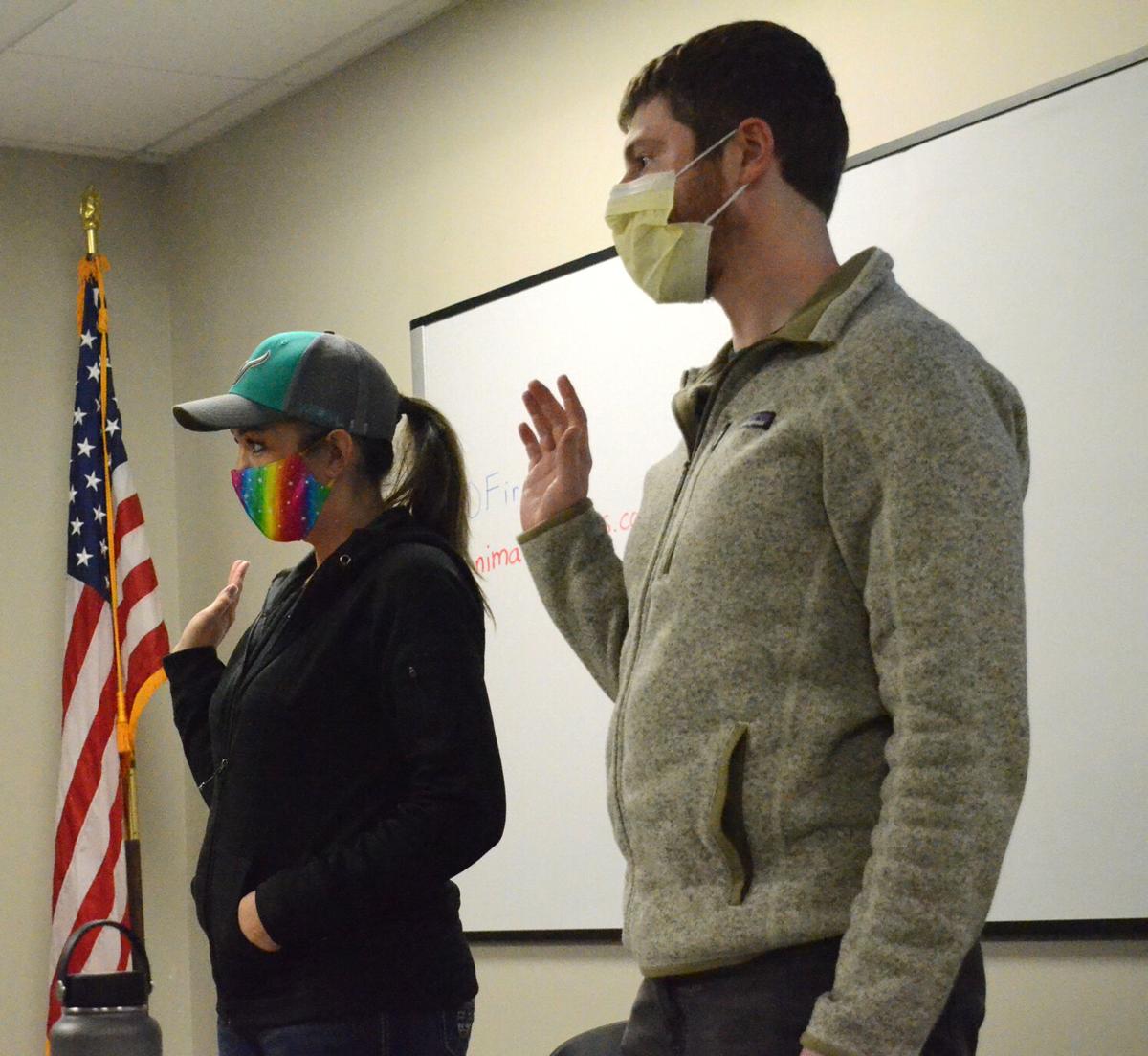 Heather Rookstool, left, and Elliot Sky are sworn in as members of the John Day City Council on Jan. 12.

Heather Rookstool, left, and Elliot Sky are sworn in as members of the John Day City Council on Jan. 12.

John Day Police Department will look different later this year — but how different is yet to be determined.

Police Chief Mike Durr plans to retire at some point this year, and the city council is considering multiple options for the department after his departure.

John Day City Manager Nick Green said at a Jan. 19 city council work session one option is to hire a new chief, but the job posting would have to go out this month and the chief would likely be hired from outside the county.

Another option would be for the city to work with the Grant County Sheriff’s Office to establish an alternative solution, which might look like the sheriff’s office providing two officers to work in John Day that would use the equipment at the JDPD.

The city council asked Green to talk to Sheriff Todd McKinley to get a better idea of what working with the GCSO would look like. Green said, if the city were to make an agreement with the GCSO, it would be important to not lose the identity of the JDPD.

A police agreement with GCSO could free up city funds to be used for other projects. The police department is the largest general fund expenditure the city has with their audit for 2020 showing police expenses at $442,340.

Green said $35,000 to $40,000 a year is pulled from the city’s utility account with another $45,000 received from the agreement with the school district for the school resource officer.

“I think that money would go a long ways with everything we’re talking about,” Councilor Gregg Habberly said, referring to other city projects.

Green said in an interview on Jan. 22 that the best way to pay for services is to have the city healthy and growing with new development. This would add more money to the general fund through the state shared revenue and property tax increases.

“We’re just now seeing the benefits of that, but it’s coming at the end of 30 years of decline,” Green said.

Green said there are Department of Homeland Security grants that could help offset the costs, but the money is not guaranteed every year. He added that this is not an easy conversation to have because the department is always busy and does a lot in the community.

“They’re busy all the time,” Green said. “It’s tough because you want the officers to know how much you value them. Just having a conversation about how we budget appropriately, you want to make sure they know how meaningful they are to the city and the residents.”

This council discussed making this a temporary option while the economy in the city continues to rebound with the completion of projects and growth in residents.

The council made no decision on Jan. 22, and council members said it was important to get feedback from the community, through a survey or questionnaire from the city, regarding the future structure of the department.

“Give people the information and allow them to speak their mind and see where that starts us,” Councilor Elliot Sky said.

'Biggest trial of my life': Landlord says eviction moratorium has drained her savings

She lost everything after winning the visa lottery. Now she wants another chance