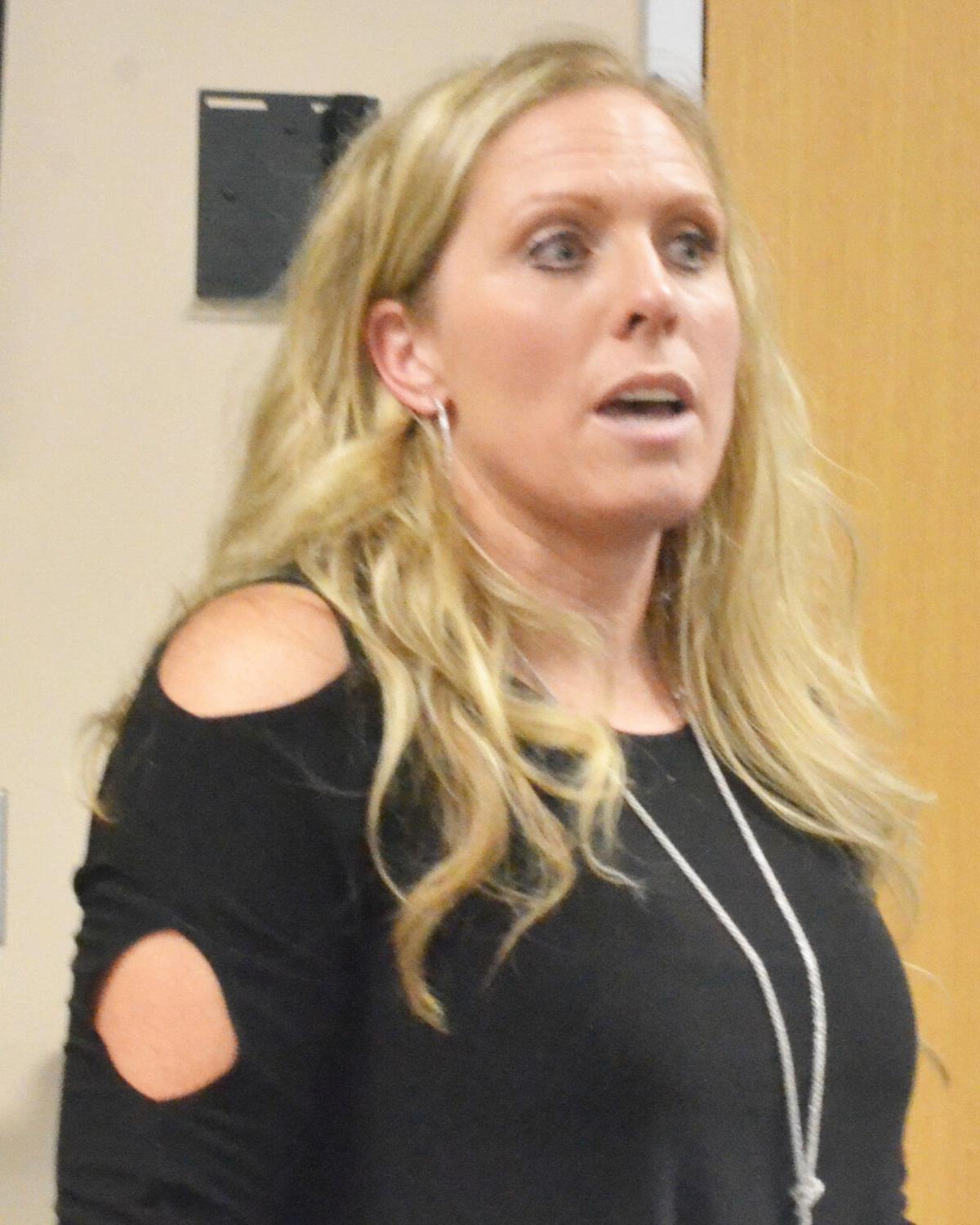 Family nurse practioner Shawna Clark addressed the hospital board Thursday at the Blue Mountain Hospital. Clark, who was placed on paid administrative leave in July, asked to be reinstated. 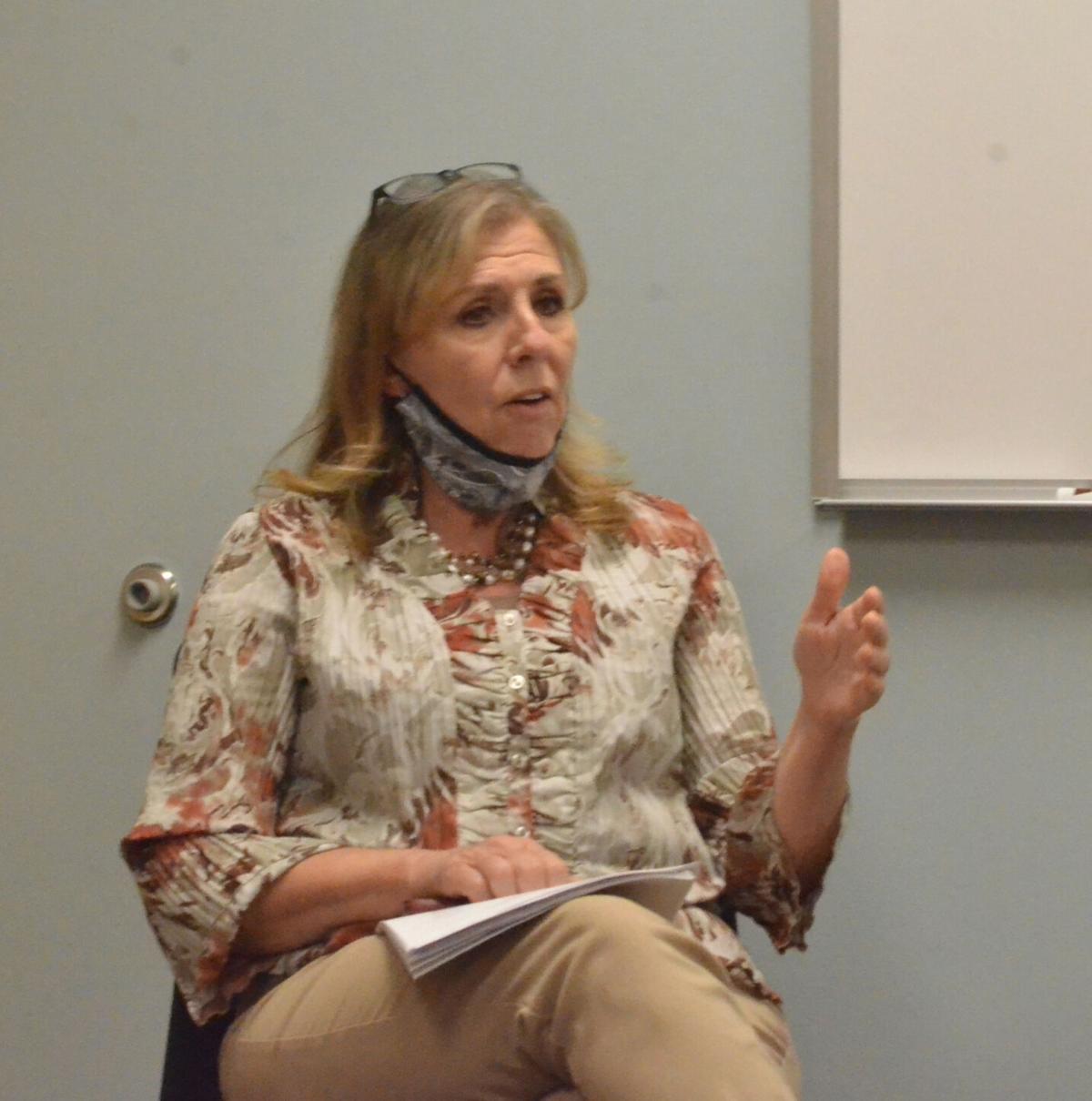 Deborah Morris, director of nursing at Blue Mountain Hospital, addresses the hospital’s board Thursday during its monthly meeting.

Family nurse practioner Shawna Clark addressed the hospital board Thursday at the Blue Mountain Hospital. Clark, who was placed on paid administrative leave in July, asked to be reinstated.

Deborah Morris, director of nursing at Blue Mountain Hospital, addresses the hospital’s board Thursday during its monthly meeting.

Longtime medical provider Shawna Clark, who was placed on paid administrative leave last month for adding something to her medical records in violation of Blue Mountain Hospital District policy, requested to be reinstated Thursday at the district’s board of director’s meeting.

Clark, a family nurse practitioner, said in a statement to the board that she accessed her own chart with a phlebotomist witnessing and put in an order in her provider’s name for fasting blood work that she said her provider had already ordered.

“I accessed my own medical record. After hours. When I had been checked in as a patient, my blood was drawn. And there were no orders, despite the fact that they were sent twice over the month prior by my provider,” she said.

Clark said the accessing of her own medical records was not what she was at the board meeting to dispute. She said she was witnessed accessing her records and that she knew she was violating an internal policy.

“I assumed that I would be given the reasonable opportunity to explain, which I was not given prior to being asked to leave the facility while I had two patients roomed and waiting,” she said.

Clark said she is not a safety concern and that she had given over nine years to the district.

“I’ve been loyal,” she said. “You have always got way more out of me work-wise than you’ve ever paid me for. And I am asking for reinstatement. I believe I deserve it. This is not a competency thing. It’s not a competency issue.”

Thursday before the meeting, Clark said she had met with district CEO Derek Daly about a separation agreement.

“Derek and I have had several meetings and have attempted to work some something out. But there’s also the question of what type of privileges I’m allowed to have in our facility, other than ancillary services. So I’m not going to be able to provide the same level of service to my patients that I have been providing — that’s not acceptable. So I’m asking for reinstatement,” she said.

Board chair Amy Kreger thanked Clark for coming and said the board would need to talk about Clark’s statement in a closed executive session. The board took no immediate action.

Clark gave the board additional documents related to the incident, including a self-report of the incident to the Oregon Board of Nursing.

“Why would you remove a provider in the middle of the day when they have patients waiting?” she said. “I’m sorry but this has created a lot of distrust within our organization.”

In a letter to the board, Morris said “justice does not appear to be administered equally within our organization.” Morris said five staff members told her they have accessed their medical records, or a family member’s medical record, without being reprimanded.

Morris said she supervised an employee she believed was engaging in an illegal activity and, despite numerous ongoing complaints, the employee was not terminated until many months after being spoken to about the activity.

“(Clark) was not a liability to the organization,” Morris said in the letter. “... It makes me believe that there must be some hidden agenda. I do not believe that the punishment fits the infraction. This situation has damaged trust within our organization along with damaging public perception regarding our hospital.”

Daly declined to discuss the issue, stating it is the protocol of the district to not comment on an active personnel matter.

"(Shawna Clark) was not a liability to the organization. This appears to me as calculated public humiliation. It makes me believe that there must be some hidden agenda. I do not believe that the punishment fits the infraction. This situation has damaged trust within our organization along with damaging public perception regarding our hospital."

See what these Trump supporters say about QAnon