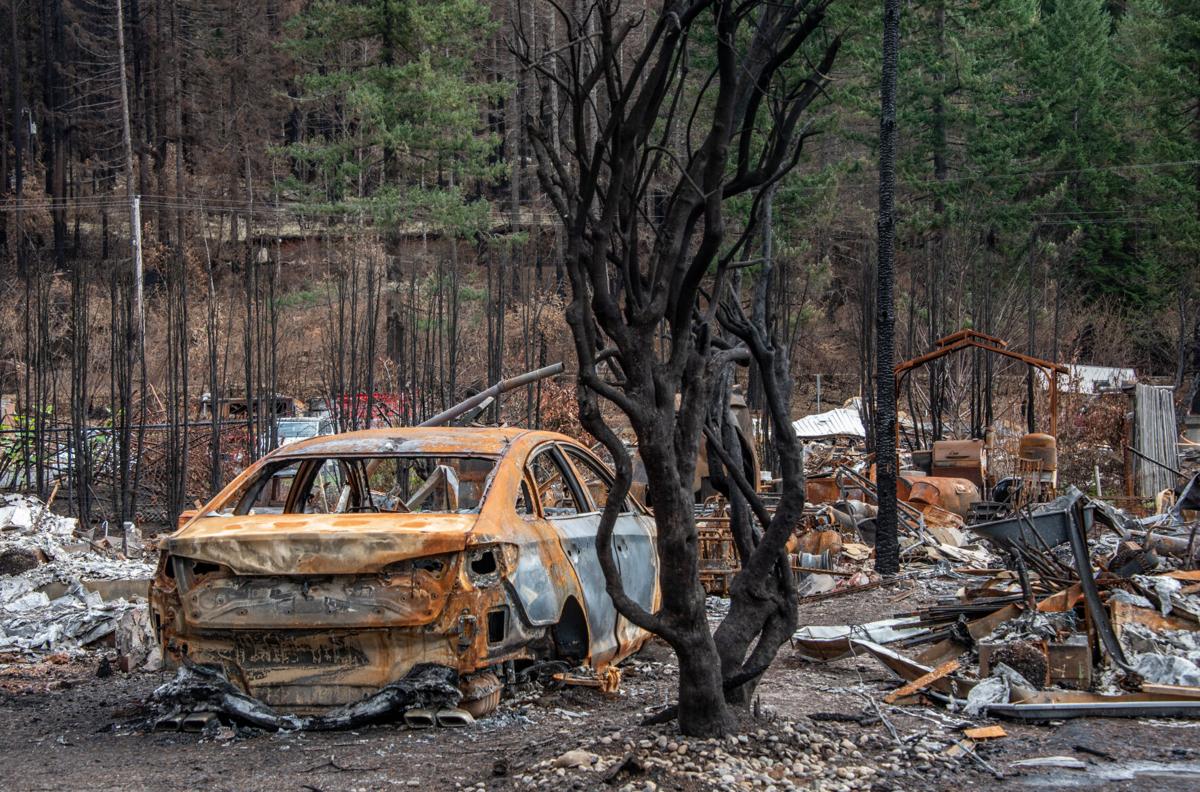 A burned-out car sits in one of the neighborhoods destroyed wildfires that swept through the Santiam Canyon in September. 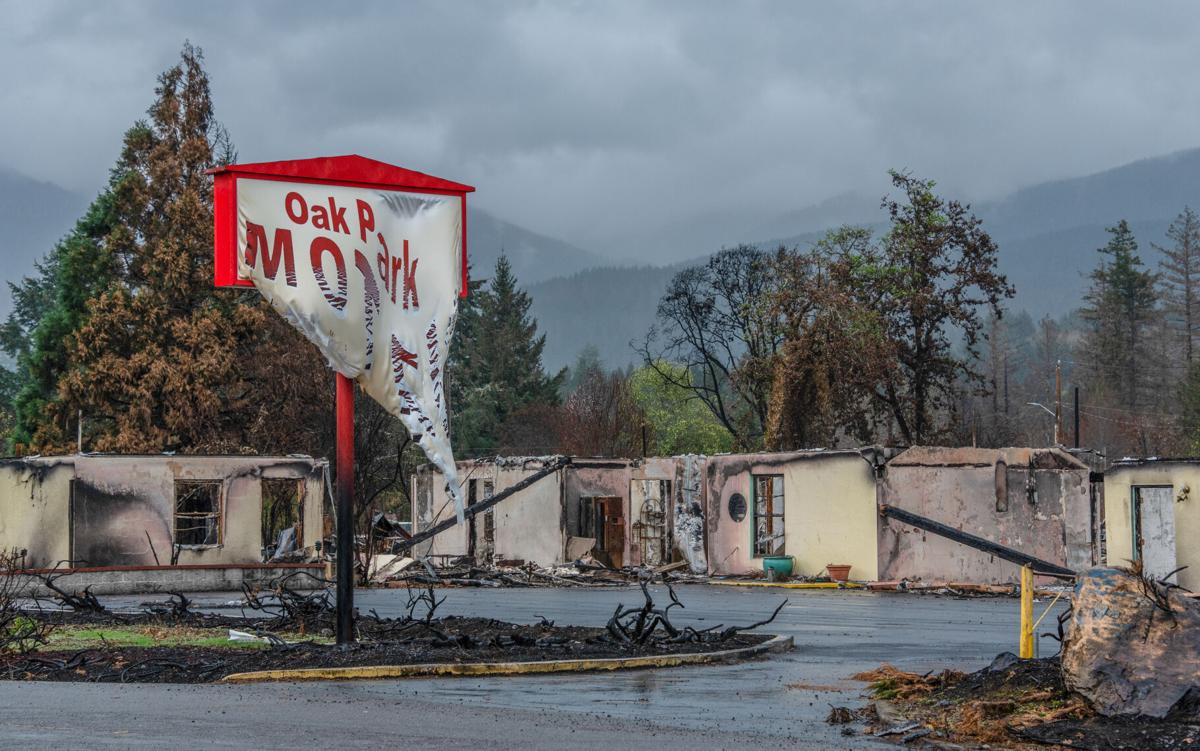 Oak Park Motel in Gates is a landmark millions drive past every year while traveling along Highway 22. It was destroyed by wildfires that swept through the Santiam Canyon in September. 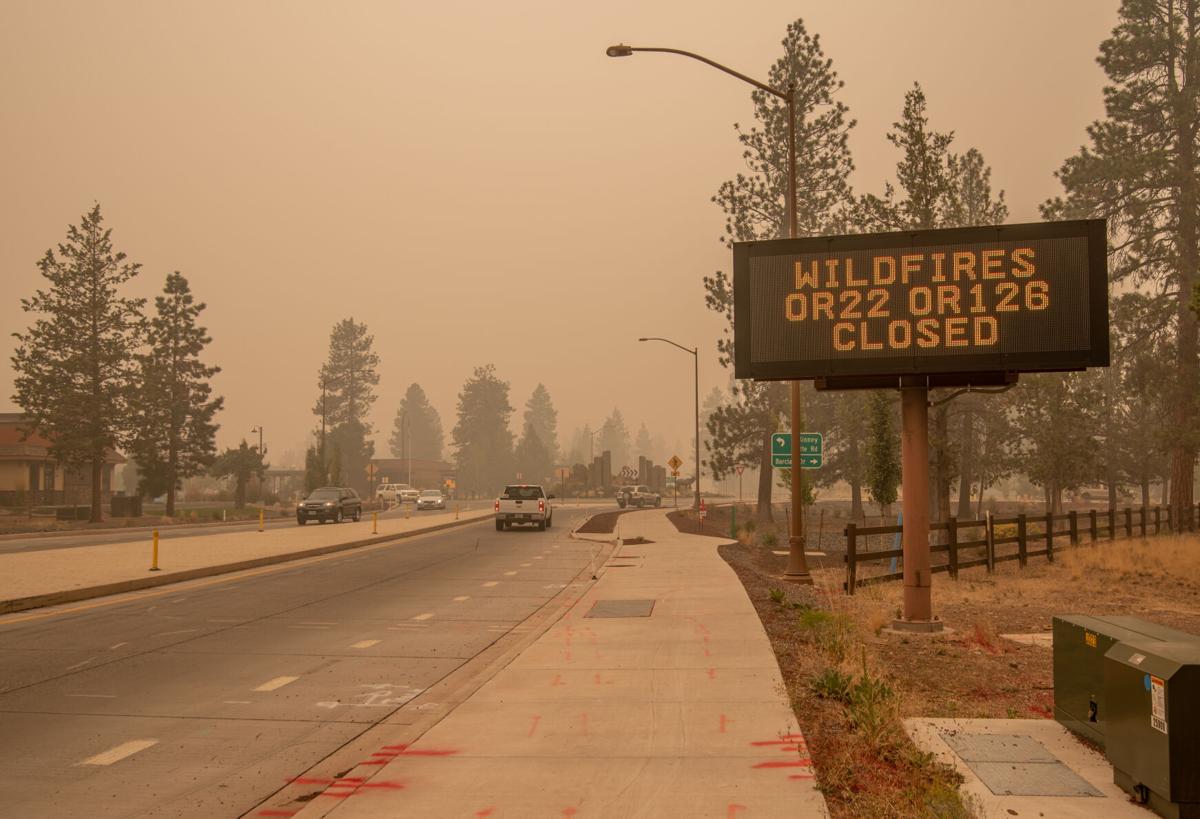 A reader board in Sisters warns of highway closures due to wildfires. 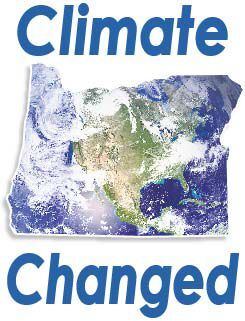 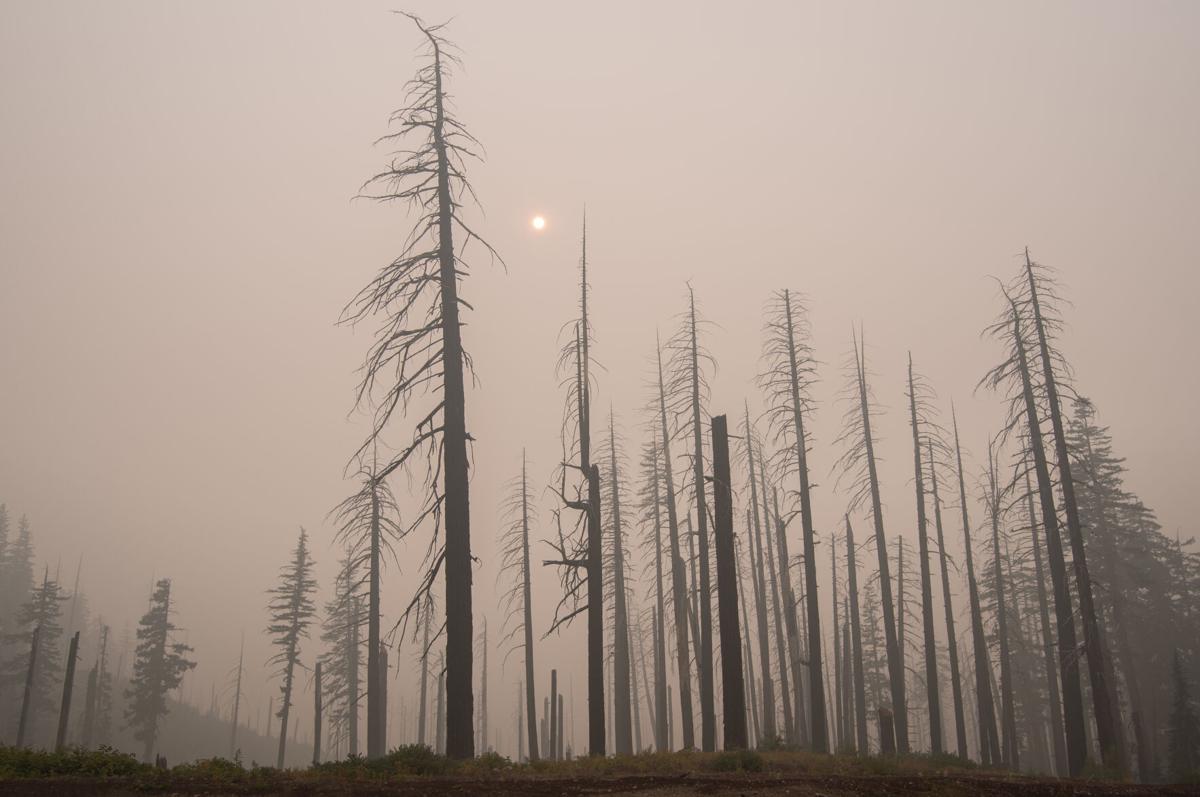 Dense smoke caused by wildfires along the Santiam Canyon block the sunlight.

A burned-out car sits in one of the neighborhoods destroyed wildfires that swept through the Santiam Canyon in September.

Oak Park Motel in Gates is a landmark millions drive past every year while traveling along Highway 22. It was destroyed by wildfires that swept through the Santiam Canyon in September.

A reader board in Sisters warns of highway closures due to wildfires.

Dense smoke caused by wildfires along the Santiam Canyon block the sunlight.

Before Labor Day, Detroit was a quaint community on the shores of its namesake reservoir in the Santiam Canyon. A day later the town was a smoldering ruin, with piles of twisted metal and rubble where residents once lived and worked. A burned-out firetruck stood in the town’s center, a symbolic and tragic symbol of the devastation. The same scene unfolded in Blue River, Vida, Phoenix, Talent and other small towns around the state.

While rising seas and flooded cities are iconic consequences of global warming in coastal areas, in landlocked Central Oregon, the effects of climate change are being felt by an increasing threat: fire.

The massive wildfires that swallowed whole towns in the Western U.S. in recent years are increasingly being blamed on global warming as the rising temperatures dry out forests, making them more prone to fire. California has been ground zero for the effects of climate change on forests. But the problem erupted in Oregon this year when wildfires tore across the state in September, burning down communities in the Santiam and McKenzie river canyons west of the Cascades, and sending a dense fog of smoke into Central Oregon, where it lingered for more than a week.

Undoubtedly, the severe wind event that occurred on Labor Day played a large part in the spread of the fires in Oregon. The question is, would a damper west-side forest have made it more resilient to the approaching flames?

While the fires would still have been devastating, any extra moisture could have helped slow the inferno. Now scientists, fire officials and local leaders are warning Oregonians to be prepared: As the trend of global warming increases, so do the odds of more wildfires.

“What stands out to me is the aridification of the forests, how much drier they are getting,” said Larry O’Neill, associate professor at Oregon State University’s College of Earth, Ocean and Atmospheric Sciences. “Every summer, we seem to be in an extreme drought, and it’s becoming more frequent and definitely plays a big role in how the fires are getting larger.”

What do increased fires mean for Central Oregonians? For one, fire events the size of the September fires can sever transportation links to the west. Then in winter, the burned hillsides become susceptible to landslides, creating more hazards for drivers. Even more problematic, and affecting more people, is the smoke.

Dr. George Conway, director of Deschutes County Health Services, reports that the county’s medical clinics hospitals saw a rise in patients coming in with shortness of breath and asthma-like symptoms in mid-September, a few days after the area became shrouded with wildfire smoke.

The fast-moving fires and their impact across Oregon stemmed from a combination of factors, beyond the drying forests. To start, there was a general lack of equipment, resources and people, as these had already shifted to California to fight wildfires. The primary factor, however, was the Labor Day windstorm, with gusts up to 75 mph that kicked up the flames.

Charles Lefevre of Eugene, a pioneer in the North American truffle industry, has been roaming forests on Oregon’s west side for more than four decades. Lefevre said he had never experienced such a violent, low-humidity windstorm in Oregon. He fears that California’s weather patterns are shifting toward Oregon.

“Combined with fire, that wind became a blast furnace,” said Lefevre. “The wind was the unusual element in the mix of conditions this year and it is the thing we need to be afraid of in the future as California’s climate moves north.”

What has changed over the years? In the Willamette National Forest, summertime temperatures have risen 2.8 degrees over the past four decades, according to data compiled by OSU’s Pacific Northwest Climate Impacts Research Consortium. During the same period, precipitation has declined 2.4 inches.

Another key metric is the 1,000-hour fuel moisture, which represents the moisture content in fuels 3-8 inches in diameter. In the Willamette National Forest, this has decreased by 2.6% since the 1980s, according to data compiled by Climate Engine.

“The double whammy of substantial warming with noted declines in summer precipitation has escalated fuel drying in forests in Oregon, similar to what has happened in the broader West during the summer,” said John Abatzoglou, an associate professor of Climatology at University of California, Merced.

Even a wet winter this year would not necessarily bring the forests back to normal levels of moisture, O’Neill warns.

“This is both rain-dependent, temperature-dependent, and humidity-dependent, so even if we get a normal amount of rain this winter, these metrics likely won’t get back to normal unless the winter is also accompanied by normal temperatures and humidities,” said O’Neill.

Scientific projections do not indicate a turnaround to cooler times anytime soon. A report published in 2019 by a group of OSU academics has projected that average temperatures in the state will rise 4 to 9 degrees by 2100.

“We continue to see an increase in fire growth and explosive fire behavior on a yearly basis,” said O’Neill. “I don’t anticipate anything that will prevent that from continuing.”

Officials are now tasked with finding ways to limit future fires and protect communities. Rachel Pawlitz, a spokesperson for the U.S. Forest Service, said the historic wind event and subsequent fires have sparked discussion at the service about what can be learned and applied to finding solutions.

“There was no single cause, and we don’t expect to find any single solution to wildfires of this magnitude but we are exploring the concept of how to build more resilient landscapes and fire-ready communities,” said Pawlitz.

“I don’t think there is a silver bullet,” said Robertson. “A combination of things will help us have success in the future.”

Preparation and forest management are also critical and have worked on the east side, especially around Bend and Sisters. The Deschutes Collaborative Forest Project works to reduce the potential for high-intensity wildfires, by thinning the forest, mulching brush and using prescribed fire.

Fire officials attempt to mimic nature by applying fire to an area based on its natural interval, which on the east side of the Cascades is 15 to 25 years. But the west side, with its wetter and cooler climate, has a fire interval of around 200 years, according to Robertson, making it more difficult to replicate nature.

Because of these unique circumstances, Robertson says on the west side of Oregon, it’s more difficult for fire officials to manage the forests in a way that reduces wildfire risk. Even the construction of more Forest Service roads would be problematic.

“The Forest Service is trying to reduce the number of roads they have now, due to an inability to maintain the current system,” said Robertson. “Access will always be a problem in some areas and although roads can help with access and fuel breaks, it still takes people and resources to use those breaks and barriers.”

As Lefevre highlights, west-side forests that burned in September were largely victims of the windstorm, so conducting forest management on the west side is not always a factor.

Some argue that prescribed fire can and should be conducted on the west side to reduce overall fuel load and fire risk. According to O’Neill, the best approach is with light burns that are small enough to keep the canopy closed. When the forest canopy opens and sunlight filters through, he says, it can hasten the drying out of fuel and soil.

“Until the burns increase, we will continue to experience the type of large, devastating wildfires such as we’ve seen across the West over the last 10 to 20 years,” said O’Neill. “Climate change is now forcing our hand to implement a sustainable long-term solution to managing the wildfire risk.”