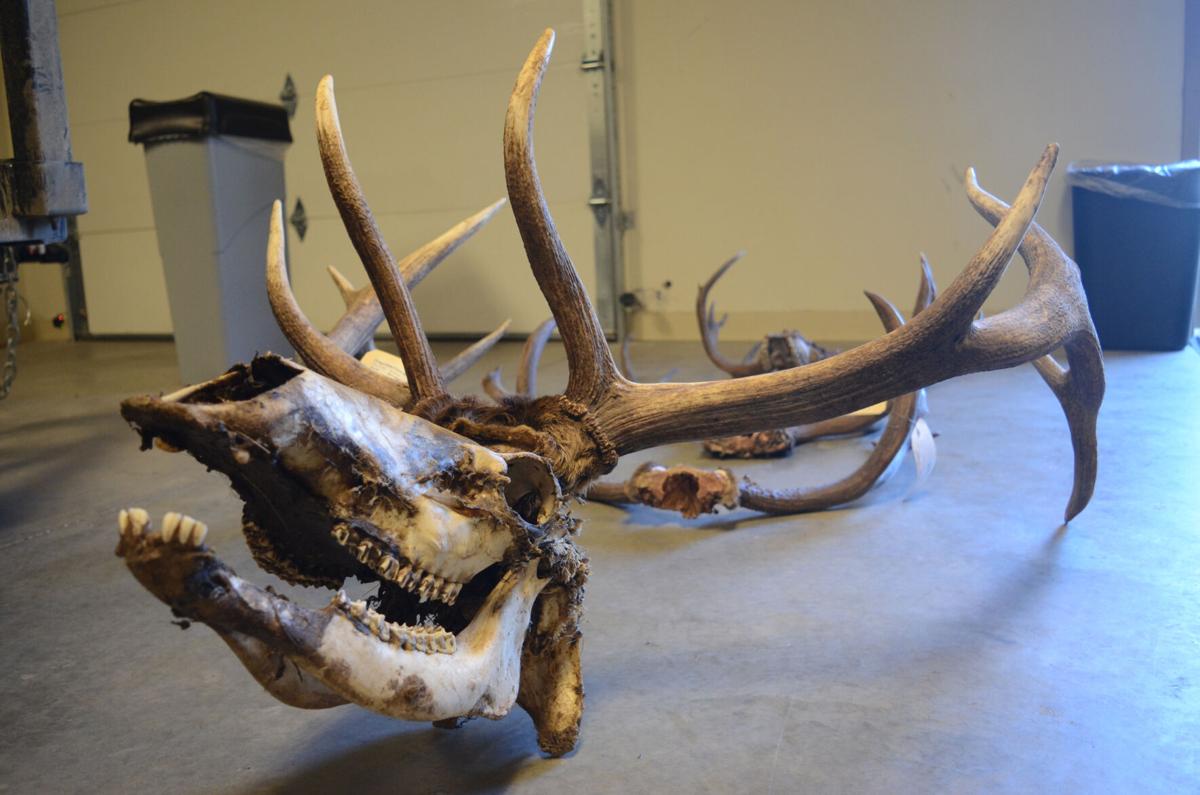 A set of antlers that OSP confiscated from poachers. 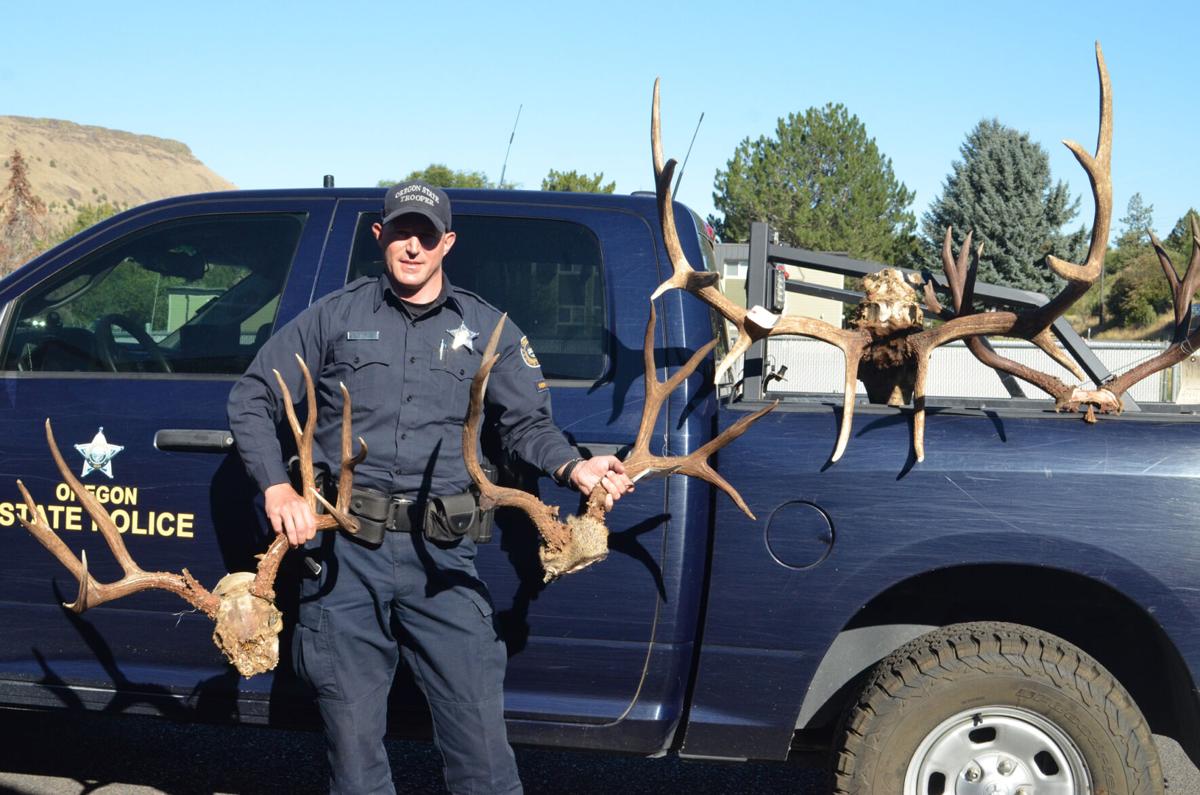 A set of antlers that OSP confiscated from poachers.

Oregon State Police Sgt. Erich Timko, who supervises the John Day, Burns and Fossil fish and wildlife troopers, talked about some of the common violations hunters make while hunting for their prize.

Timko said a new problem is with electronic tagging, or e-tagging, using the Oregon Department of Fish and Wildlife’s app instead of a paper tag. The biggest issue is that people don’t download the app properly, preventing the ability to provide a hunting license or tag information.

“At that point, we have no way to verify if a hunter has a valid tag or license,” Timko said.

He said people should sync or update their app to the latest version with the most current information before heading out since hunters could easily lose cell service through many parts of Eastern Oregon.

“In theory, the app is supposed to work once you download the app and sync it,” Timko said. “You should be able to put your phone in airplane mode and still be able to get your confirmation on your validation.”

Timko said what he’s seen is that people properly validate their tag electronically, but need to remember to have a tag attached to the animal as well as their confirmation number written in ink.

“As long as it’s written and you can legibly see it and it’s attached to the animal, you’re good to go,” Timko said.

Other common complaints and violations OSP receives include road hunting, criminal trespass, and waste of game meat. Timko said hunters can’t lawfully hunt from any public roadway, which includes the right of way, and must know where they are hunting at all times, and need to make sure they properly salvage meat from harvested game.

A landowner in Oregon is not required to fence or sign their property in order to enforce a trespassing call, Timko said.

“In the age now with GPS and apps, it’s pretty simple to go and make sure you track yourself,” Timko said. “If you do shoot an animal, and it crosses onto private property, you need to make sure you contact the landowner or OSP before going onto that property.”

Loaning or borrowing of tags is another common violation that hunters make. He said the person who drew the tag is the only person who can harvest the animal.

The exception to this rule is mentored youth hunter program, where a youth hunter ages 9-15 can use a mentor or guardian’s tag.

There are several travel management areas to look out for as well, or green dots, which are road closures meant to create a better escape habitat for wildlife during the hunting season.

“Pay attention to those,” Timko said. “Most of our Eastern Oregon units have at least one or more road closure systems in them, and they are all signed prior to entering.”

Timko recommends people to make sure they review and understand the hunting synopsis and the regulations before hunting — especially if they’re entering a new area.

Another violation that OSP sees, which can impact a hunters safety, is hunters riding an ATV with a loaded firearm.

“Your firearm has to be unloaded while you’re traveling on an ATV,” Timko said. “You can’t have a round in the chamber of your firearm, and you can’t have an arrow nocked”

Timko said, if hunters bring alcohol when hunting, make sure they keep it at camp and are not impaired when handling weapons. He said that driving under the influence crashes occur every season on secondary roads.

He also said to make sure a hunter identifies an animal before taking a shot and to use binoculars to look at the subject instead of a scope in case the object is a person.

Timko, who is an avid hunter himself, said a hard part of the job is seeing people who paint hunting in a negative light by not following the regulations and taking animals unlawfully.

If a hunter witnesses a violation, Timko said they should take the extra time to call it in because OSP can’t be everywhere all the time.

OSP recently started their Turn-in-Poachers program, which awards people money or preference points for information leading to an arrest or issuance of a citation for the illegal killing or taking of wildlife or illegally obtaining Oregon hunting or angling licenses or tags, according to the state website. To report violations, call 1-800-452-7888 or *677 from a mobile phone.

“We are going to be out there, and we’re going to be diligent in enforcing these regulations,” Timko said. “If they’re considering cheating the system, we ask that they think twice about it because of the repercussions.”

"We are going to be out there, and we're going to be diligent in enforcing these regulations. If they're considering cheating the system, we ask that they think twice about it because of the repercussions."

Scalia's son talks about his father's friendship with RBG