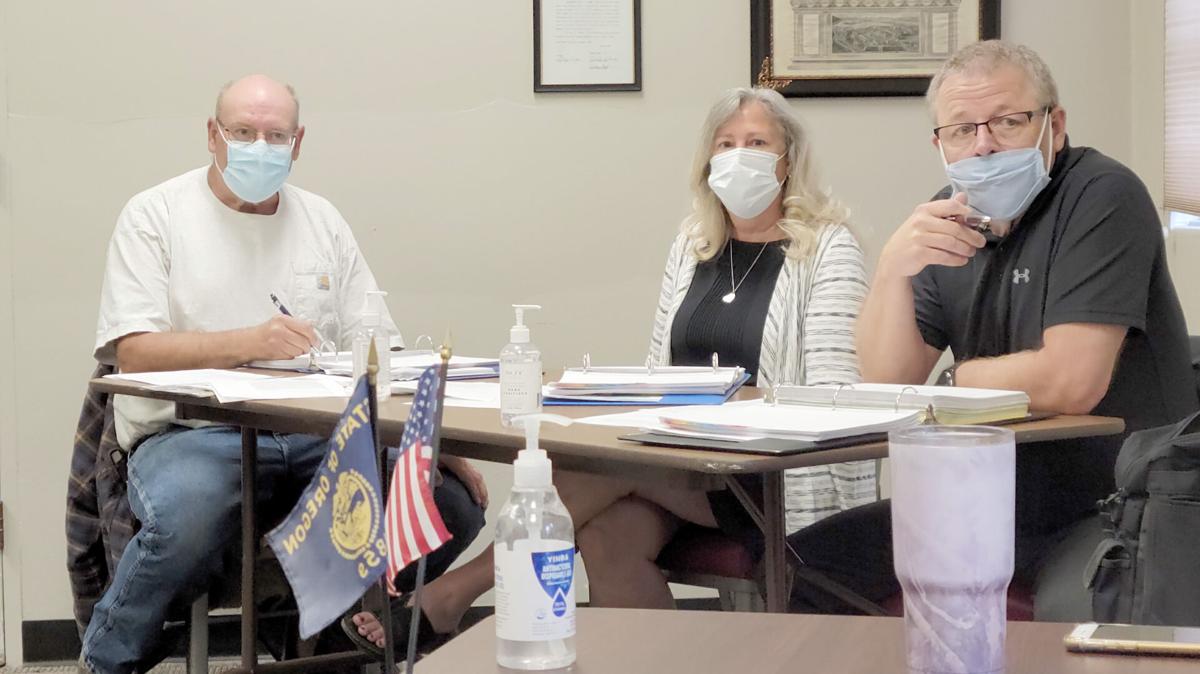 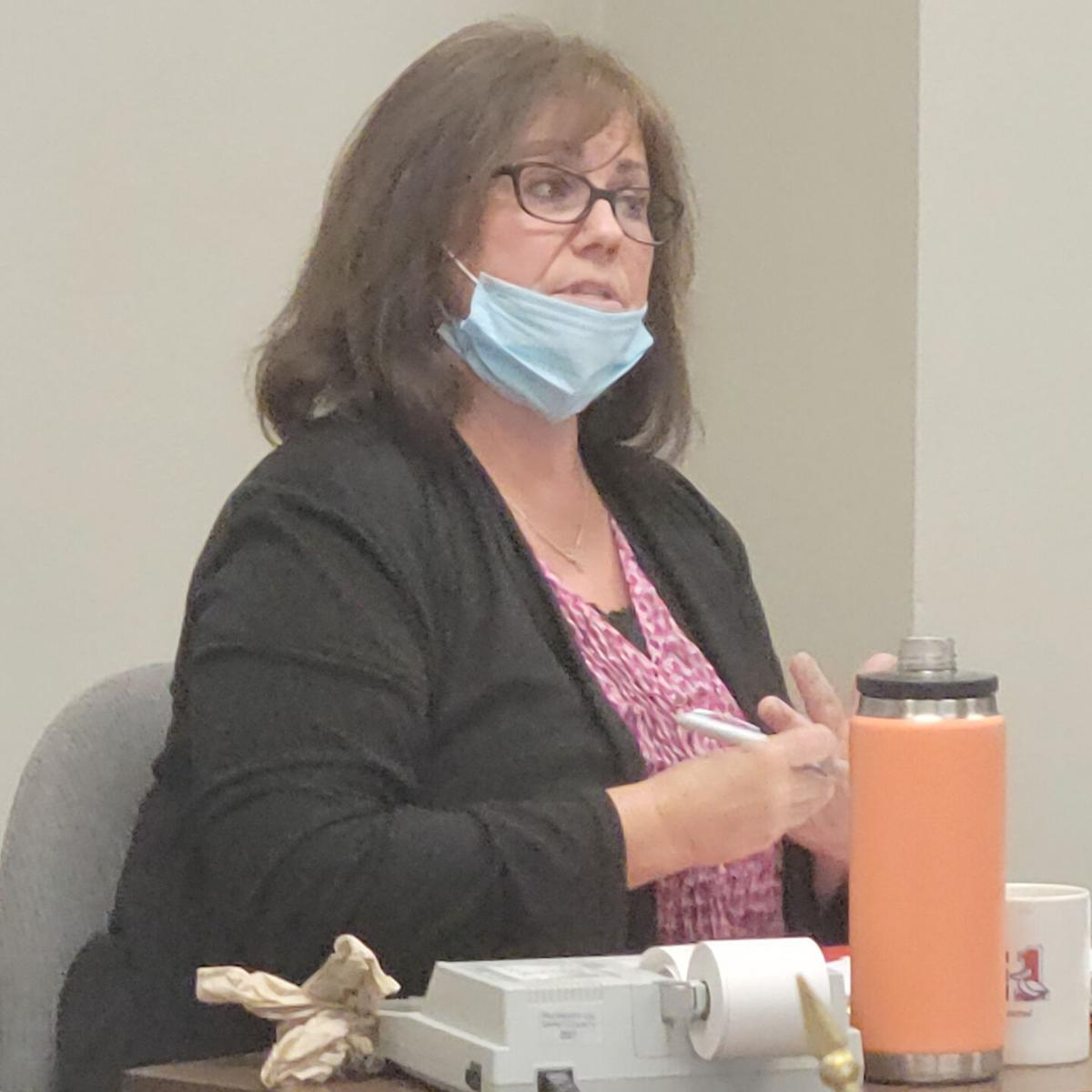 Julie Ellison, Grant County treasurer, during the May 19 budget session. 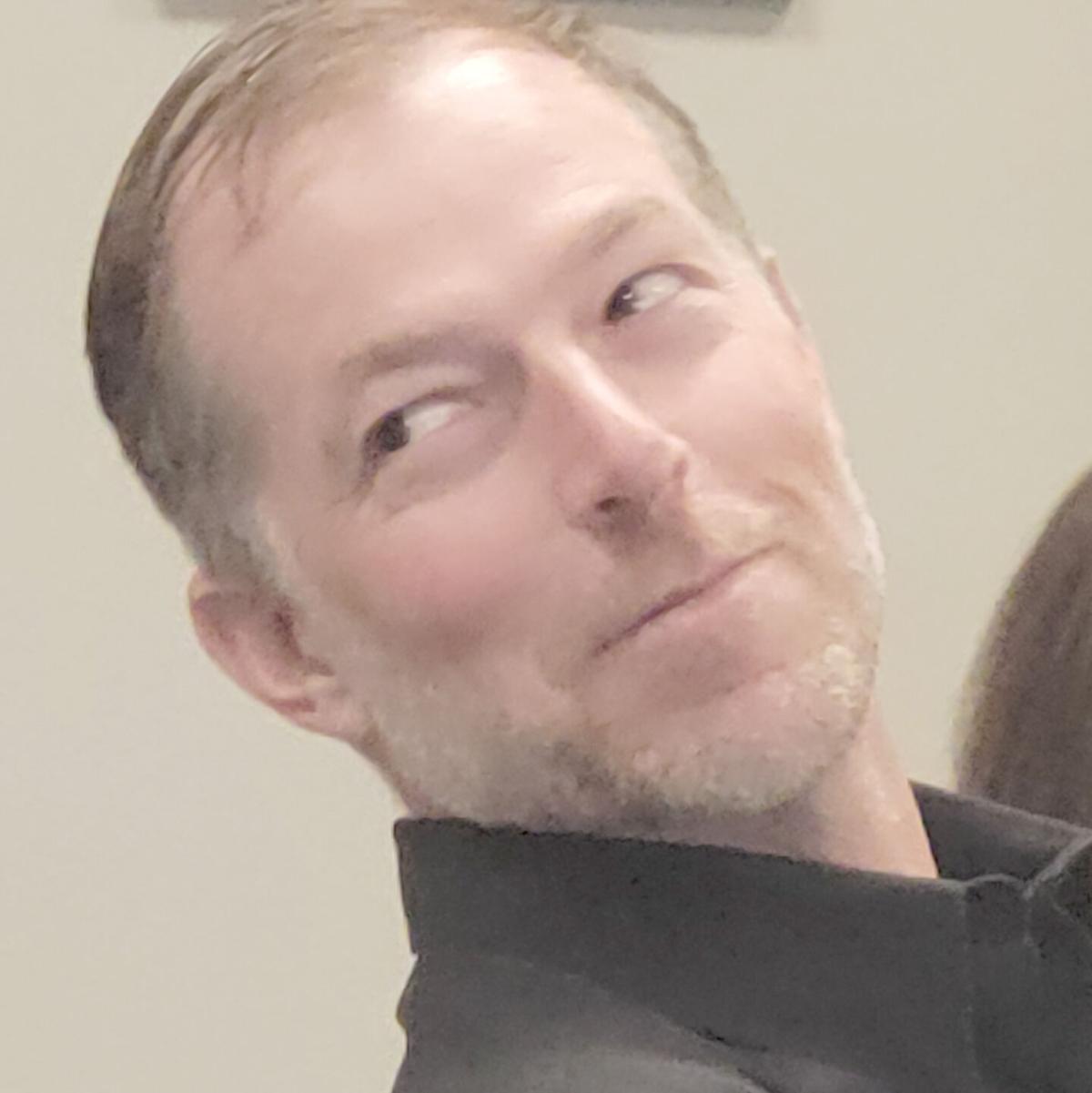 Julie Ellison, Grant County treasurer, during the May 19 budget session.

After a contentious conclusion to a two-hour budget session, the county reluctantly passed its budget for the upcoming fiscal year.

The Budget Committee passed the budget on a 3-2 vote. The three Grant County Court members voted to approve the budget, while two of the committee’s citizens voted against it.

Meanwhile, the court’s third citizen member, Bob Quinton, vice president and commercial loan officer at the Bank of Eastern Oregon, abstained from voting on the budget to prevent delaying the process. By law, the county must submit a balanced budget before June 30.

Quinton said he would have voted no, but committee members Amy Kreger and Rob Stewart beat him to it with their votes.

Quinton, Kreger and Stewart said that the county is spending more than it takes in and is relying on COVID-19 relief funding and the potential of more federal funding that may or may not fill holes in its budget.

“It appears that the court is relying on COVID-19 money that they hope can be used to fill the shortfalls,” Quinton said. “This is not the answer, nor is it the responsible way for the government at any level to do business.”

Kreger told the committee that the county would be in a situation where it will have to cut jobs instead of reducing hours and furloughing certain positions as the committee discussed in earlier sessions.

However, the committee scrapped the idea and opted for back-filling budget holes with COVID-19 relief funds and prospective legislation in Congress that could potentially increase the county’s Payment in Lieu of Taxes funding to upwards of $900,000.

“We can be proactive, or we’re going to be in deep, deep trouble,” Kreger said.

County Judge Scott Myers said the county would end up in the same place it found itself in at the end of this budget year.

“We talked about cuts,” he said, “but we didn’t make any substantial cuts.”

He said the county has “fall-back” funding this year and “potentially” next year.

What the committee decided

In the county’s Economic Development office, the committee decided to cut its assistant position to 30 hours a week and moved $6,000 in COVID-19 relief funds to back-fill the position if needed with court approval.

The committee decided to move the sheriff’s forest patrol under the Grant County Sheriff’s Office in the budget. Treasurer Julie Ellison said the position was initially supposed to be a part-time job, budgeted at $14 per hour with no benefits. However, full-time Deputy Dave Dobler, who earns roughly $50 per hour, has been in the position. Grant County Sheriff Todd McKinley said he could not speak to why Dobler had been put in the position but that he puts in a “yeoman’s work” and did not deserve to be punished.

The committee decided to budget $35,000 for predator. Hamsher said he heard the Grant County Farm Bureau would set up a taxing district if the county could support the predator control position for two more years. Kreger said the Farm Bureau told her that they would walk away from the efforts of setting up the taxing district if they did not see an “honest effort” from the county.

“They just need a commitment from our side that this is viable to the county for two years,” she said.

How did we get here?

Kreger said the increase in full-time employees and the cost of employee benefits had costed the county. She told the committee that the county needs to reevaluate those costs.

Ellison said the county has given over $600,000 to the health department.

“We never gave them a dollar when we owned it,” she said. The county sold the building to Community Counseling Solutions roughly two years ago.

“We’re going to be in the hole,” she said. “We have no extra money coming in.”

Quinton said he agreed with Palmer’s assessment but said “on the other side of the coin” that spending needs to go down as revenue goes down.

Myers concurred with Quinton that the county had not cut spending. Myers said PILT and COVID-19 relief money would not be a “fix.”

How do we ensure it doesn’t happen again?

Myers said the county had made mistakes and oversights over the last couple of budget cycles.

“We’ve learned lessons along the way,” Myers said. “We learn a lesson every budget year.”

Ellison said she told the committee last year that the county needed to start cutting costs and freezing hiring when the budget was adopted. She said she hoped that her warnings would be taken seriously.

Kreger asked that the county provide a mid-year update of the county’s budget to the committee members.

"It appears that the court is relying on COVID-19 money that they hope can be used to fill the shortfalls. This is not the answer, nor is it the responsible way for the government at any level to do business."

Why the Obamacare fight will never end