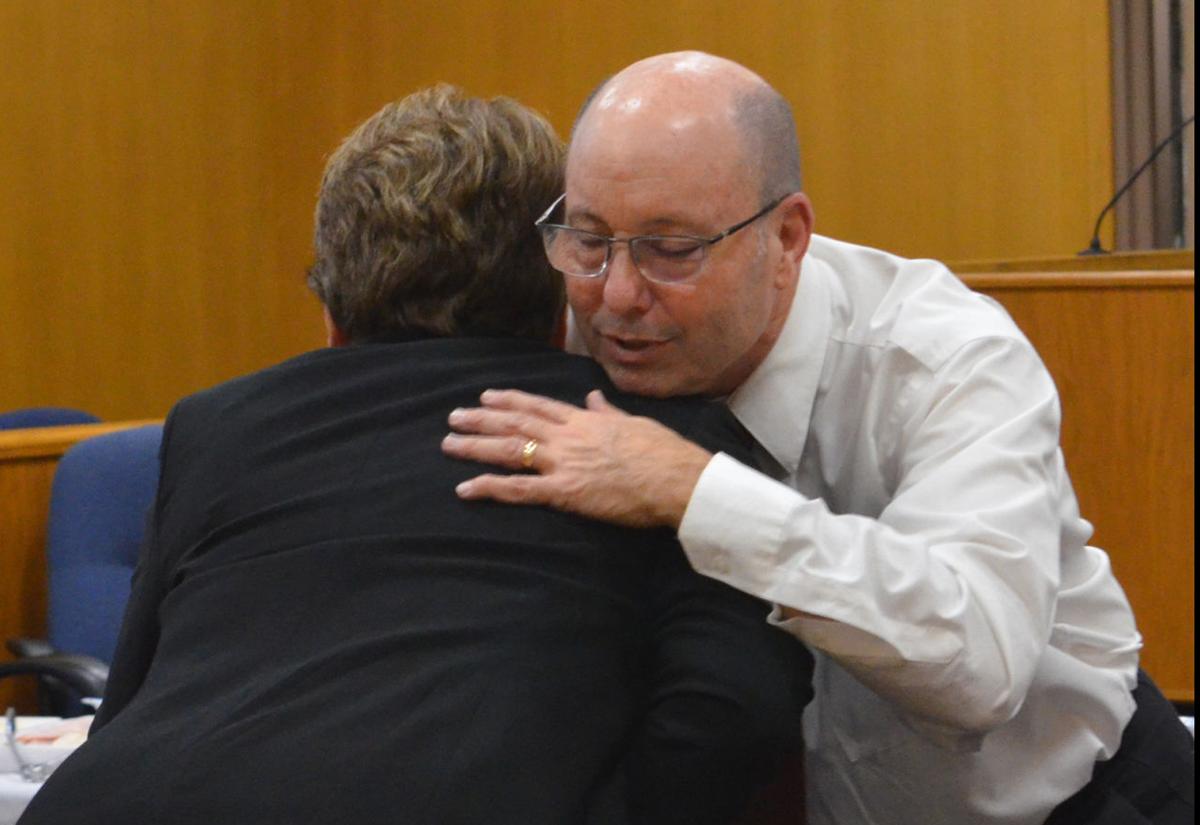 Circuit Court Judge William D. Cramer Jr. and Justice of the Peace Kathy Stinnett greet each other at Cramer’s retirement party on Jan. 2.

Circuit Court Judge William D. Cramer Jr. and Justice of the Peace Kathy Stinnett greet each other at Cramer’s retirement party on Jan. 2.

On Jan. 2, Circuit Court Judge William D. Cramer Jr. celebrated his retirement with friends and coworkers inside a courtroom full of refreshments and conversations.

Cramer said he was grateful for everybody who attended. Cramer now carries the responsibilities of a senior judge, which means he will be sent throughout the state for temporary assignments.

Cramer’s last day as an elected official was Dec. 31, which leaves the circuit judge seat for Grant and Harney counties open for the upcoming 2020 elections. In the interim, Oregon Gov. Kate Brown could appoint a temporary judge to fill the position until after the elections, Cramer said.

Harney County District Attorney Joey Lucas and defense attorney Rob Raschio sought the governor’s appointment to the position and were both interviewed by the governor last week, according to Tammy Wheeler, the trial court administrator for the 24th Judicial District. Brown had not made a decision as of Monday.

Grant County District Attorney Jim Carpenter, Burns-based attorney John Lamborn and Raschio have all filed to run for the circuit court judge position and will appear on the May ballot. If none of the three candidates earn 50% of the vote in May, then the top two candidates will run against each other in November.

For now, Cramer will continue his work as judge in Grant and Harney counties, he said, until a decision is made about the vacancy.

Cop shoots man after accidentally being hit by deputy's Taser