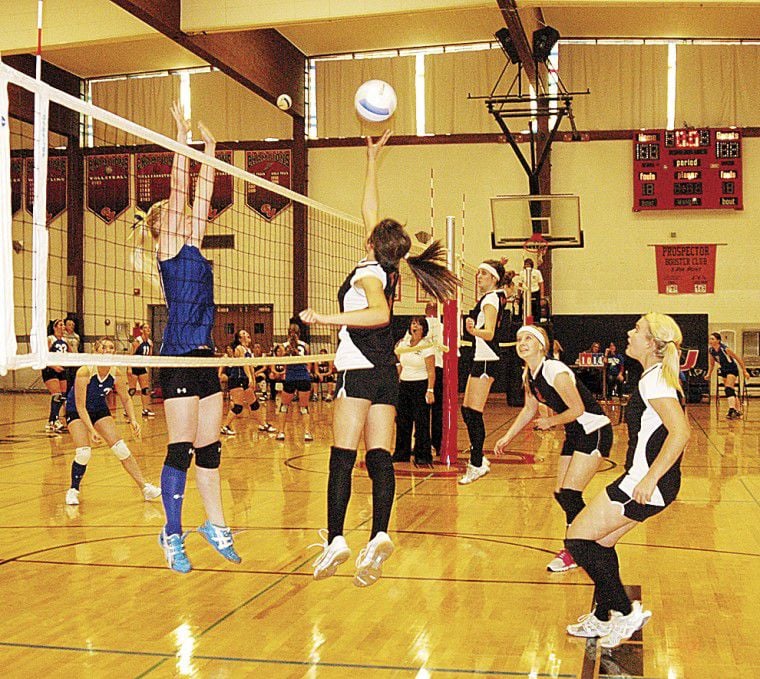 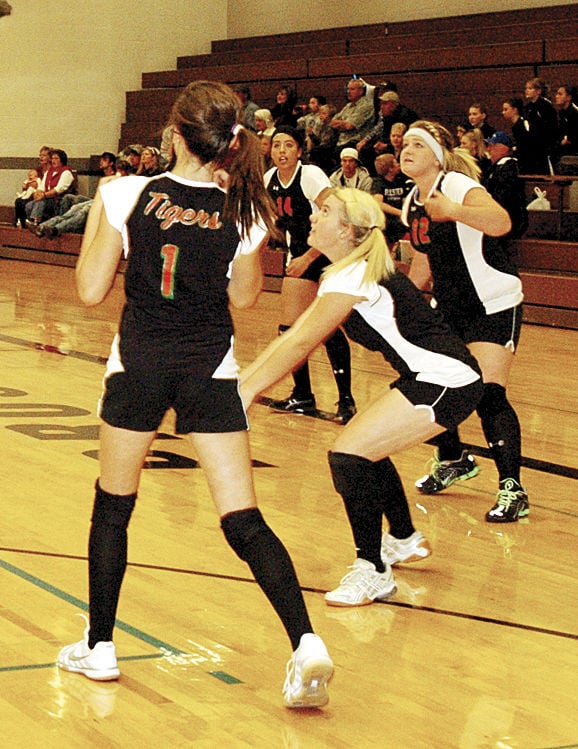 The Dayville/Monument High School volleyball team played three opponents back to back last Saturday, Oct. 29, emerging in fourth place from the 1A-8 District Tournament held in John Day.

Although the Lady Tigers came just short of qualifying for the state playoffs, head coach Lindy Black is proud of how well her girls did, both at the tournament and throughout the season.

"Our girls played well. We went four games with them and came out on top. Harper has really improved, and sometimes it was easy to underestimate them," said Black. "But our girls really showed their true skill level."

With just a few minutes' rest, they went on to meet the Crane Lady Mustangs, the first match of the day for the Crane squad.

Crane, which became the No. 2 seed to state from the tournament, took the match 3-1.

The Dayville/Monument team played Jordan Valley next, to determine third and fourth place, the winner of which would go on as the No. 3 seed from the league to state.

"At that point, our girls were just tired. They were out of steam. They did the best they could. That's all I asked. Jordan Valley is a very strong, scrappy team, and they got the job done," said Black.

"Any of our girls could've received these, but Bianca and Cheyenne really shined," said Black.

We came a long way this year, compared to previous years. Im really proud of how the girls all pulled together for us, and I look forward to next year, where we will continue to improve our skills and keep at it, said Black of the season, which the team ended at 7-3 in league.

They really led the team motivationally. Theyre two amazing leaders. I really relied on their experience level. They will be missed, she said.

Black looks toward another successful season next year, and anticipates new talent for the team coming from students of Dayville and Monument junior high schools.