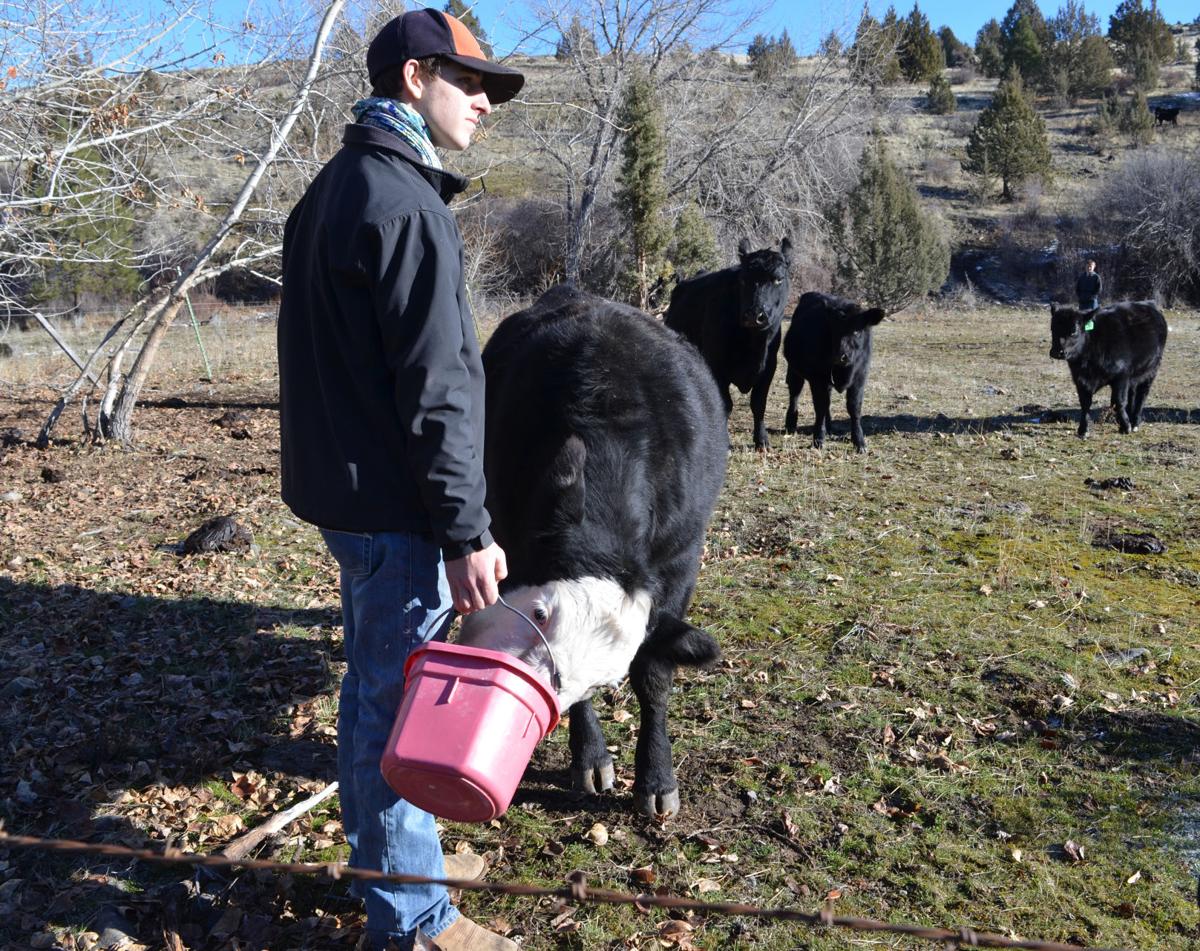 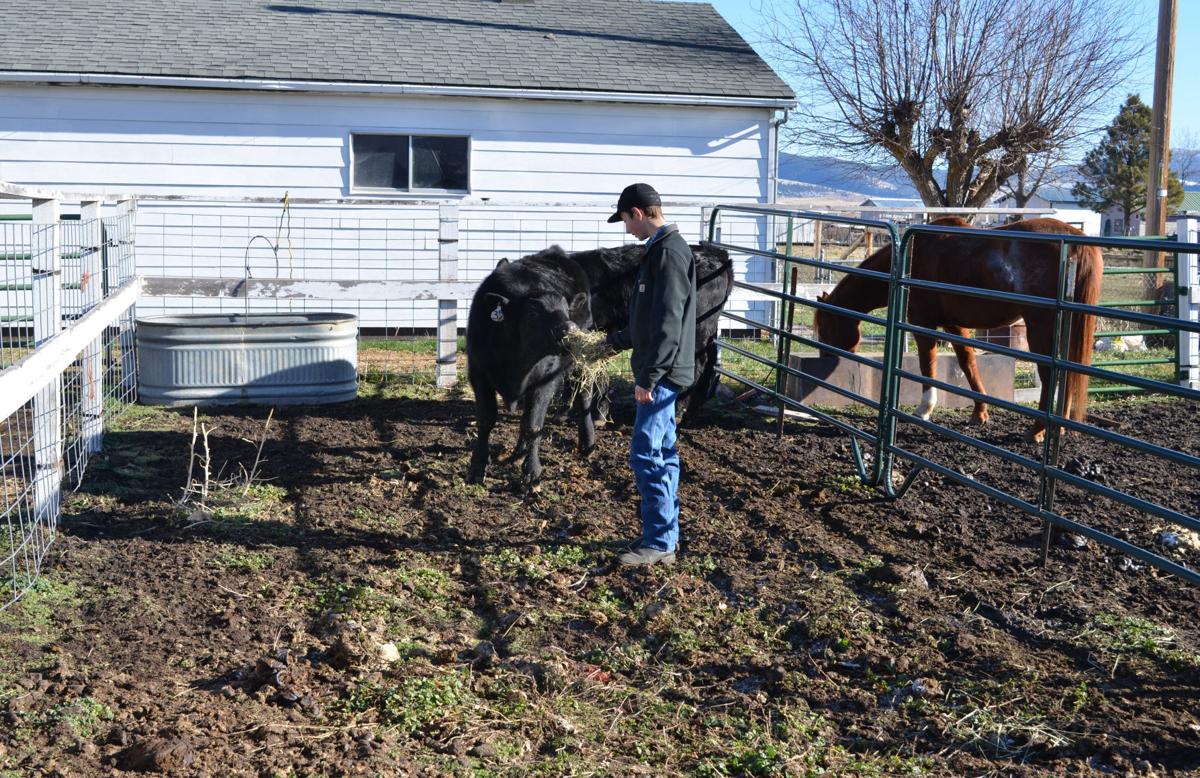 Carson McKay, a sophomore at Prairie City School, shows his FFA steer to his ag science class Dec. 7. He and his seventh-grade sister, Laken McKay, each have a steer in a small pen in a neighborhood in Prairie City. 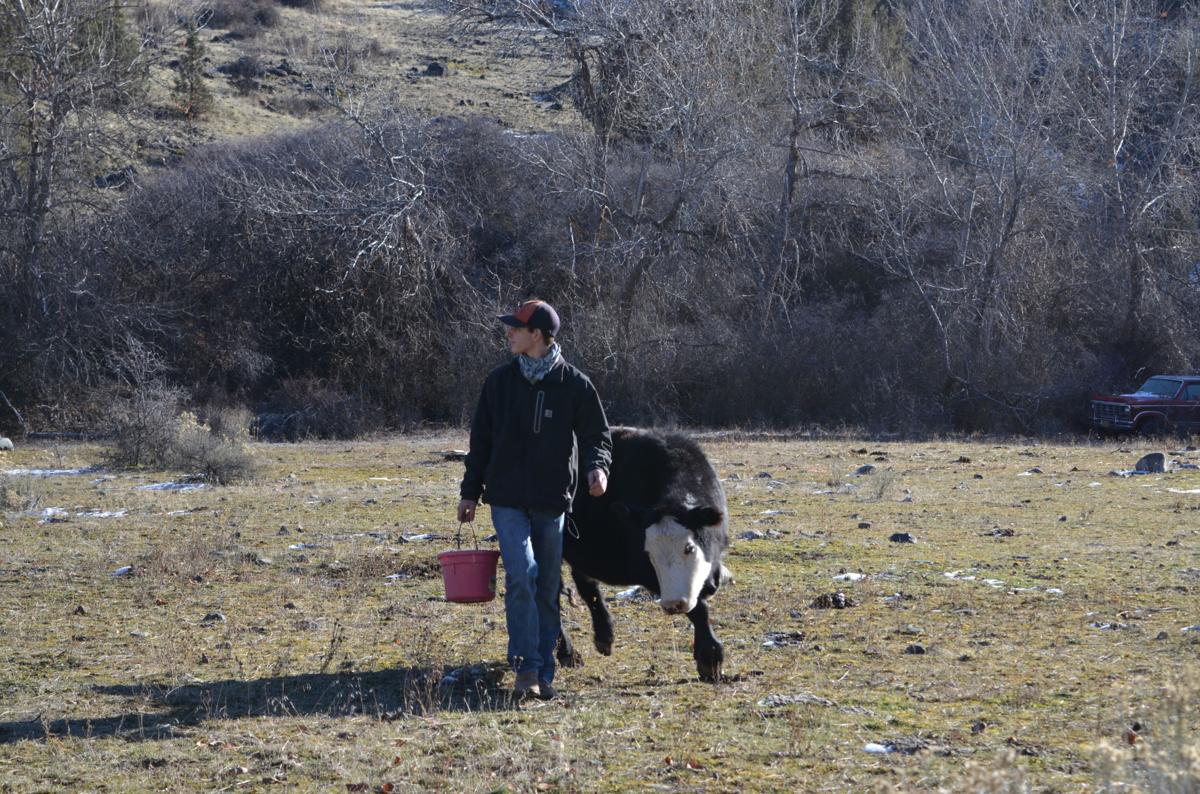 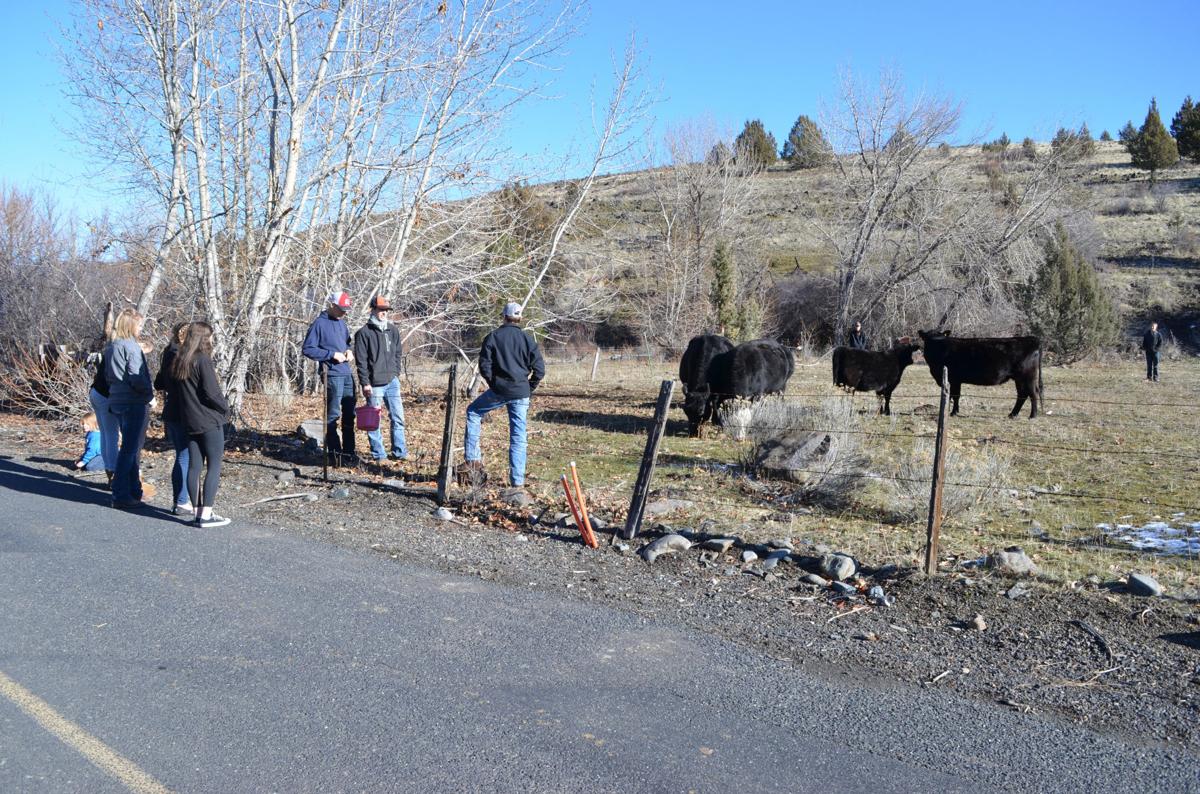 Carson McKay, a sophomore at Prairie City School, shows his FFA steer to his ag science class Dec. 7. He and his seventh-grade sister, Laken McKay, each have a steer in a small pen in a neighborhood in Prairie City.

Christmas came early at Prairie City School — and in a big way.

The school recently received a $336,286 career readiness grant from the state aimed at increasing hands-on learning and building skills to retain quality jobs.

“The overall goal is to provide students with post-high school skills and training,” Cruise said. “There’s been a trend where students go on to trade schools lacking the management and work ethic skills needed to get ahead.”

The plan is to invest the grant money in three areas: 1) build a livestock facility to provide a supervised ag experience where students can practice industry-recognized skills; 2) update some of the wood and metal shop equipment, including purchasing a CNC (computer numerical control) machine for cutting wood and metal; and 3) replacing the current greenhouse with a larger one.

Students learn anatomy, physiology and animal husbandry in their annual semester-long ag science classes, Cruise said. The new 40-by-80-foot post and pole barn will include an enclosed room for veterinary science, where students can learn how to administer shots and perform artificial insemination, she said.

“We want the students to manage the livestock facility,” she said. “We want them to graduate with more employable skills.”

A 2005 graduate from Prairie City School, Cruise has a bachelor’s of science in ag education from the University of Idaho. Her maiden name is Black, and she grew up on the J&M Coombs Ranch outside Prairie City.

“It was homesteaded in the early 1900s,” she said. “I’m a fifth generation there. My children are sixth.”

Cruise taught ag science for three years at Dayville School and then took some time off to raise her children on the family’s cattle ranch. She started teaching at Prairie City this year.

“These partners are key to sustaining the program with their program knowledge,” Cruise said.

She said a Prairie City School graduate at Strux Engineering will help the school learn how to operate the CNC machine.

Many of the students in Cruise’s ag science class raise livestock that are brought to market about a year later. For some students, that could mean earnings for college tuition and expenses, Cruise said.

Lucas McKinley, a sophomore at Prairie City School, recently bought two breeding cows, one breeding heifer and one FFA steer, ranging from 5 months to 1 1/2 years old. He also rented two parcels of land totaling about 40 acres to pasture the cattle. He plans to sell the calves born next spring in November and to sell the steer at the Grant County Fair in August.

Declan Zweygardt, a freshman, lives on a large ranch outside of town and has raised an FFA steer for the county fair for a number of years. Calves that were born last month will grow to 1,250 pounds by the time they go to market at the fair. Ranchers have already started feeding cattle baled hay, as the cold weather has reduced pasture land.

Emily Ennis, a sophomore, has raised pigs for the county fair for the past two years. They typically weigh about 80 pounds and are a couple months old when she gets them in April, and they grow to about 280 pounds in time for the fair. Ennis doesn’t live on a ranch, so she keeps the pigs at the school. Last year, her pig got strep throat, and she had to give it antibiotics.

“We put antibiotics in the food and gave him shots,” she said. “Someone had to help hold him down while I gave him a shot.”

Katie Hire, a freshman, said she’s raised pigs since fourth grade. She lives on a ranch and gets the pigs when they’re young. Hire has been a reserve champion at the fair for showmanship.

Carson McKay, a sophomore, and his sister Laken, a seventh-grader, are raising steers in a pen on land they rent in town — a kind of “urban ranch.” This is his second year raising steers. They got the two 9-month-old steers in early December from a ranch in Homedale, Idaho.

Other FFA activities include public speaking and ag mechanics.

“Our students compete around the state,” Cruise said.

How the Iowa caucuses work