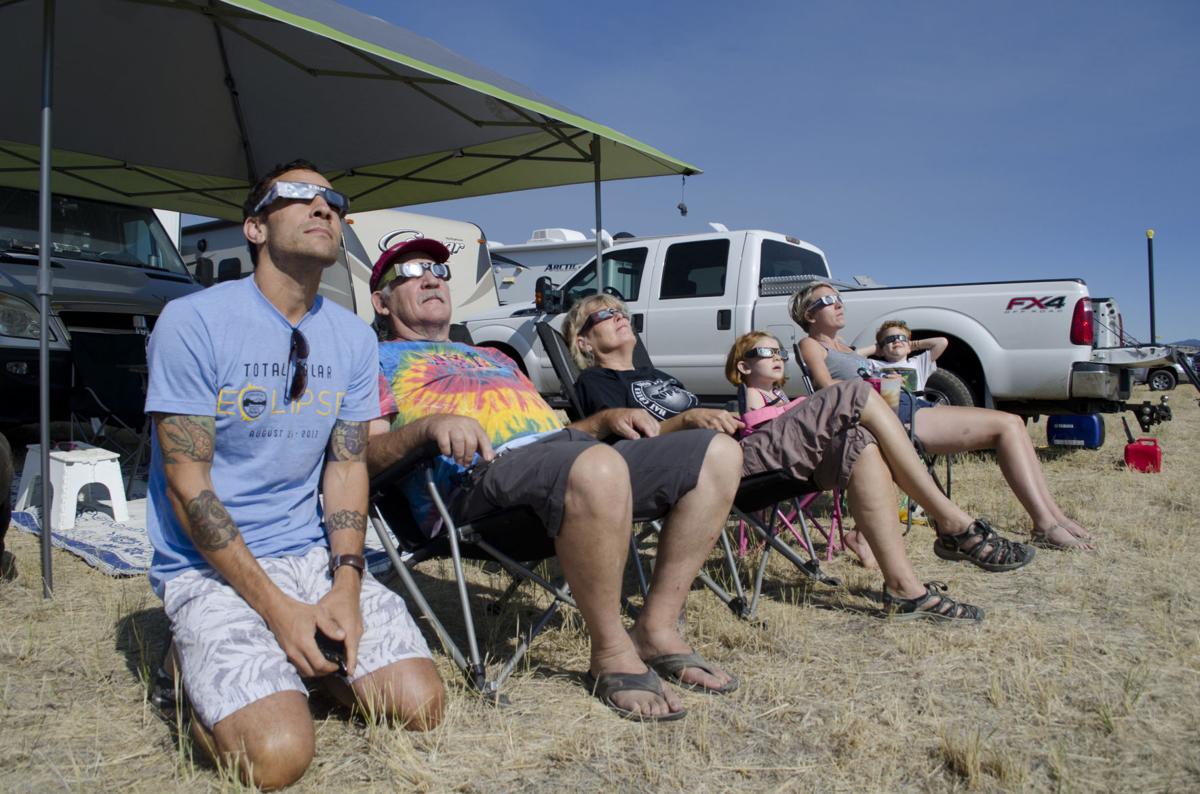 Eclipse viewers test out their glasses before totality at the John Day Industrial Park Aug. 21. 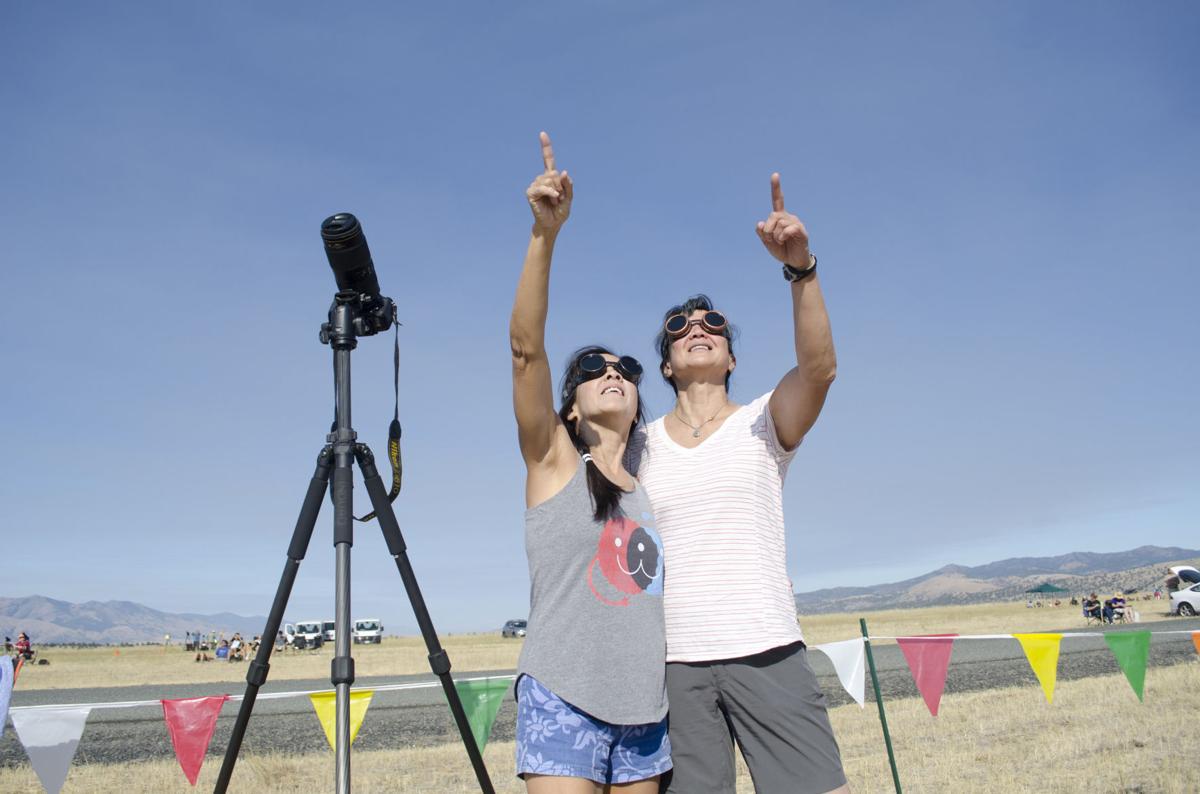 Eclipse viewers test out their glasses before totality at the John Day Industrial Park Aug. 21.

In the wake of thousands of visitors to view the total solar eclipse in Grant County, locals are enjoying the fruits of their labor.

John Day City Manager Nick Green estimated the city had seen roughly 10,000 visitors and made about $75,000 during the event. This came from the city’s 157 tent sites and 161 RV sites rented to visitors.

“I talked to locals who have lived here their whole lives who said they had never seen anything like this,” Green said.

The farthest visitor to John Day came from Australia, according to Green.

He said no damage had been done to the Industrial Park or Oregon Pine Property and described John Day Public Works Director Monte Legg as a “saint” for all his and his department’s hard work during the event.

Despite the influx of customers, the station never ran completely out of fuel, according to Turner.

1188 Brewing Company owner Shannon Adair said the biggest problem the business had was turning customers away.

“We probably did a month’s worth of sales in four days,” Adair said.

The pub prepared for the eclipse by stockpiling beer and contracting with Sunriver Brewing Company to brew extra beer in preparation for the event. The business opened up extra seating and had employees working overtime, Adair said.

Chester’s Thriftway manager Bill Wyllie said his store was more than prepared and now has extra inventory to sell off. While they didn’t do quite as much business as anticipated, the store had record sales, according to Wyllie.

“We had a roughly 13 percent increase in business across the board,” he said.

The only thing Chester’s ran out of was eclipse glasses. Beyond that, the store didn’t run into any sizable problems.

The Rainbow Gathering acted as a good practice run for the eclipse, Wyllie said, though this time around people were a bit friendlier.

Grant County Judge Scott Myers said he expects to see many tourists returning to Grant County after experiencing it during the eclipse. He said the event may even lead some visitors to retire here.

Grant County Commissioner Boyd Britton praised county staff at the fairgrounds and airport for their hard work during the solar event.

Malheur National Forest Deputy Supervisor Ryan Nehl said minimal damage had been done to the county’s natural resources, and despite congestion at Magone Lake and Strawberry Campground, people had left with a favorable view of Grant County. The peak of Strawberry Mountain was a popular viewing spot with roughly 300 people viewing the solar event, according to Malheur National Forest Supervisor Steve Beverlin.

Why Biden says he'll realign with US allies