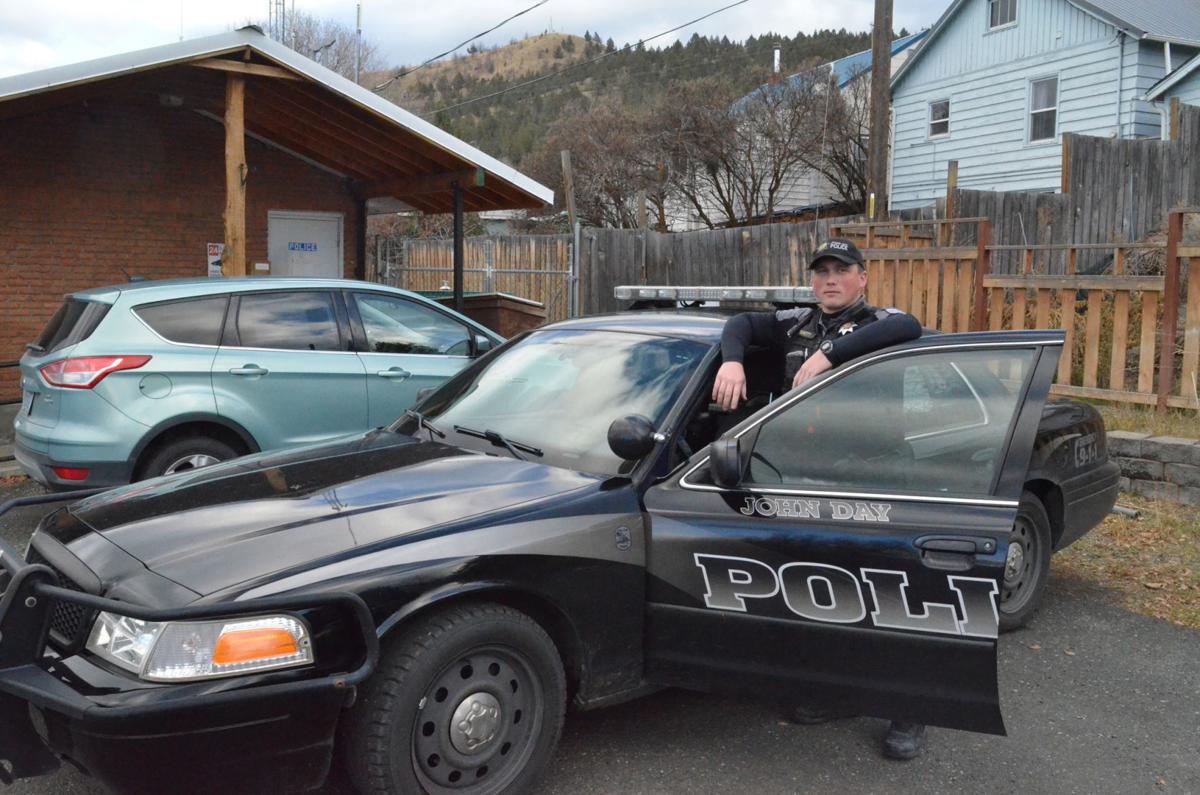 Sam Stinnett, a John Day police officer, is running as a write-in challenger for the Grant County Treasurer's Office. 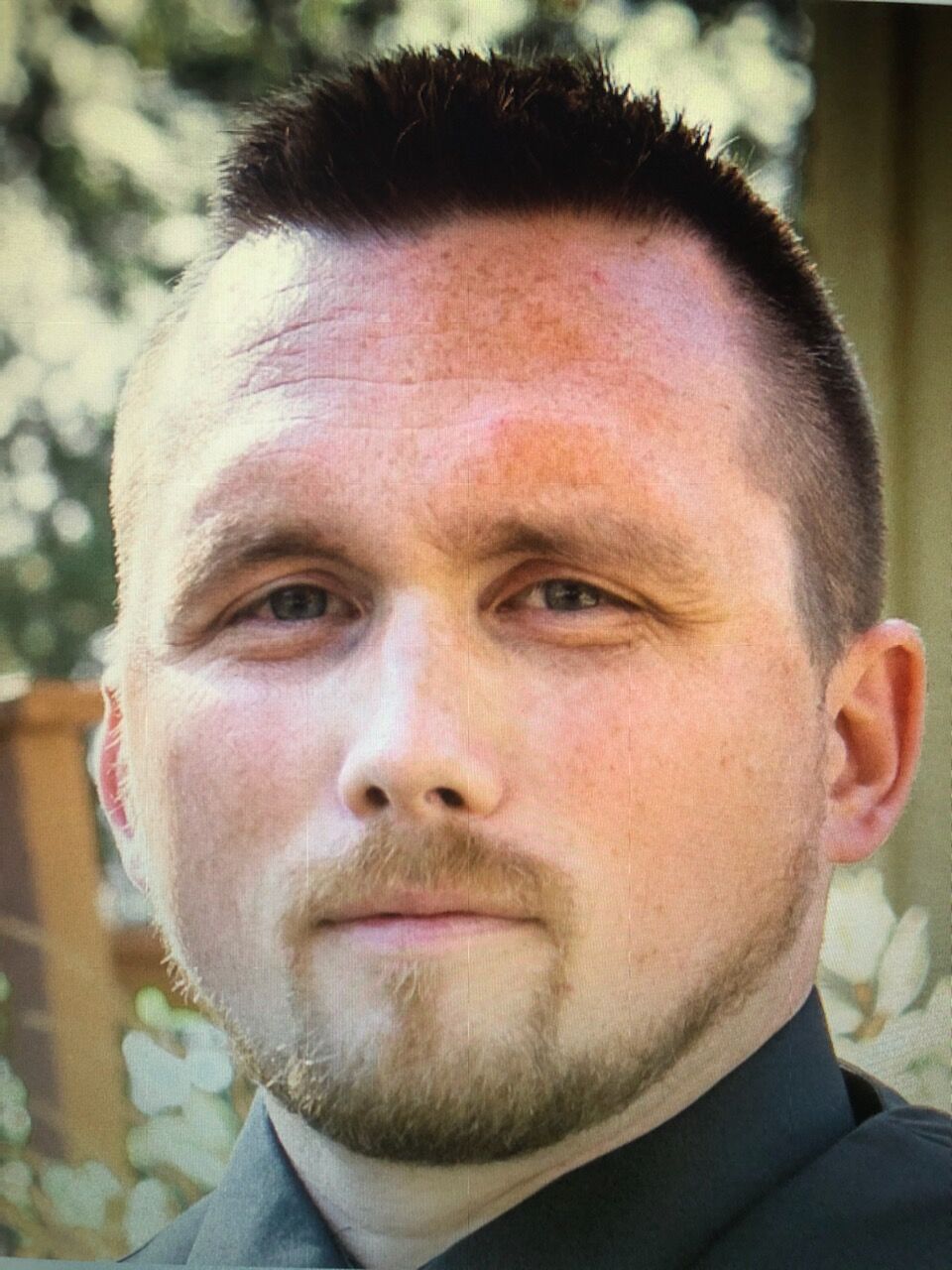 Sam Stinnett, a police officer with the John Day Police Department, is running for Grant County treasurer as a write-in candidate.

Sam Stinnett, a John Day police officer, is running as a write-in challenger for the Grant County Treasurer's Office.

Sam Stinnett, a police officer with the John Day Police Department, is running for Grant County treasurer as a write-in candidate.

John Day Police Police Officer Sam Stinnett, a write-in challenger for Grant County treasurer, said he jumped into the race for the same reasons he became a cop.

He wants to help his community.

“It seemed like a good opportunity to help people in my community on a grander scale,” Stinnett said.

Stinnett, who grew up in Grant County, said he always enjoyed math and that it “always stays the same.”

“Math doesn’t lie; it can always explain it,” he said.

For the last eight months, he said he had been the president of his police union, and before that, he served as the secretary and treasurer.

“That gave me a lot of training and more experience,” he said.

As treasurer and secretary of the union, he said, he saw that the role entailed more paperwork and balancing the books than he had initially expected, but he enjoyed the job.

He said it is hard for him to pinpoint his goals as treasurer if he were to win the race, but he would like to see more transparency out of the office.

“That seems like a big word,” he said. “It’s all of our money and so we would all like to see exactly what is being done with it.”

Stinnett said, if someone wants to inquire about the county’s finances or anything else, they have to talk to somebody.

“I don’t know all the forms behind it, or how you have to get it or the protocol,” he said.

He said it seems like the county could offer an online form that makes the process more accessible for people. Currently, according to county officials, all records requests must go to the county court members for approval.

Stinnett, who worked at the Grant County Jail before joining the John Day Police Department in 2018, said the records request process is simple.

“At the (John Day Police Department), if we have a record and someone wants something, you call, come in, fill a little paperwork out, boom, you’re done,” he said.

He said he has heard the county needs an upgrade when it comes to technology.

“I’m technologically savvy, so I can do my best, within my power, to upgrade the county,” he said.

Stinnett said he wanted to be careful not to “stretch too far.”

“Every place I’ve ever worked, I have loved to make things efficient and to have a streamlined process for everything,” he said.

At the jail, he said he helped implement a new computer program.

“I worked with a lot of the IT guys there,” Stinnett said. “And it was it was fun because I like technology, and I like efficiency.”

He said he has found there is always something “extra” to bring more structure, protocol and productivity at every job.

Stinnett, 34, said people in his generation need to get more involved in their communities and the political process.

“This is a great time for me to get involved in the county that I’m going to stay at,” he said.” I don’t see myself leaving anytime soon.”

Stinnett said he had moved away to Boise and Bend, but something always drew him back.

He said, if he were to win the race, he would stay on as a reserve officer.

“It is just too fun of a job, and too different of a job to let go,”he said.

He said long shifts on patrol and police work’s unexpected nature has made it difficult to get back to people and campaign.

For now, Stinnett said, people could reach out to him on his Facebook page. He said he does not always get back in the most timely fashion, but that is still the best way to get in touch with him.

"Every place I've ever worked, I have loved to make things efficient and to have a streamlined process for everything."

In 2016, Julie Ellison won more than half of the votes in a four-way primary race for treasurer and moved onto the ballot as the lone candidat…

Joe Biden is bringing dogs back to the White House

Incoming GOP congresswomen: Women are taking their seat at the table