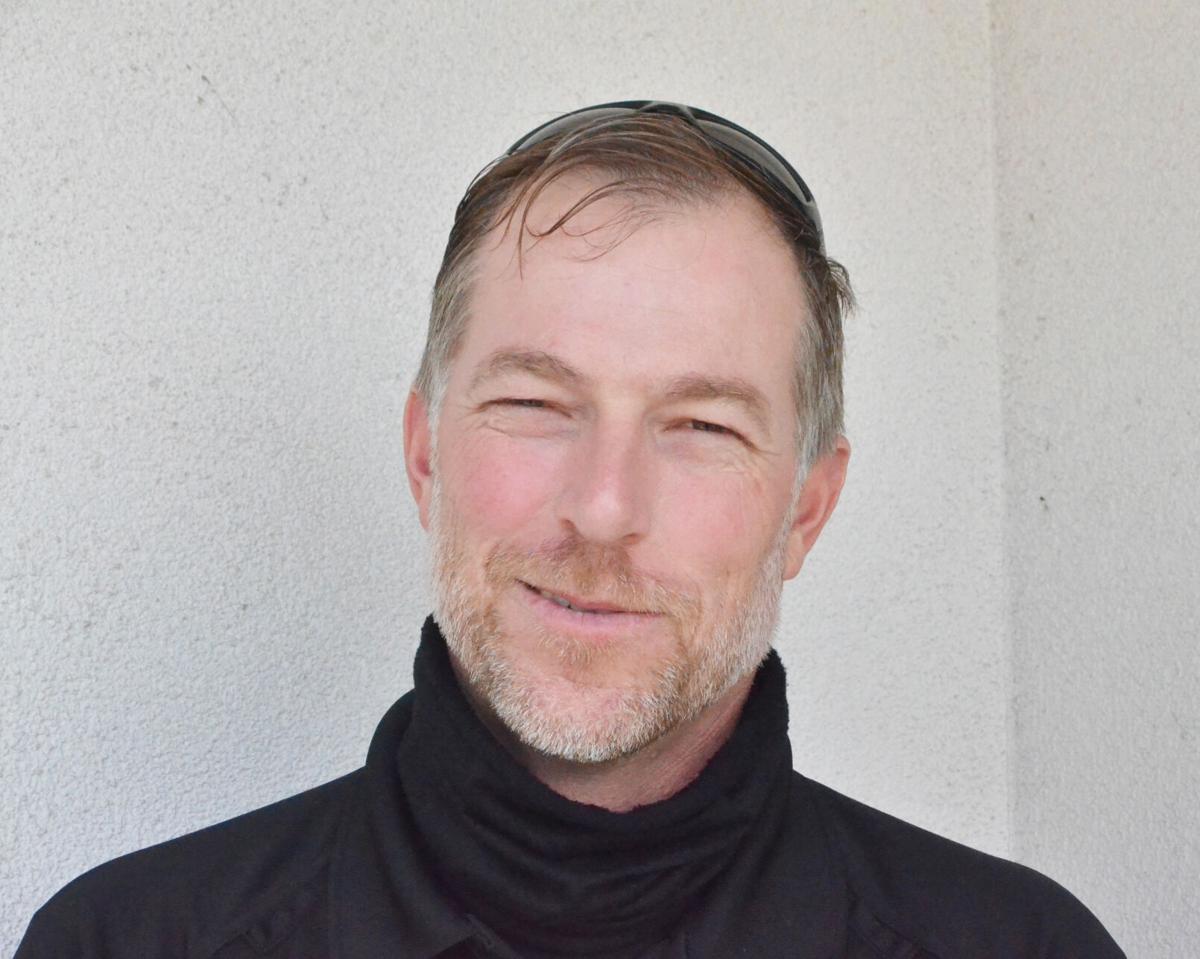 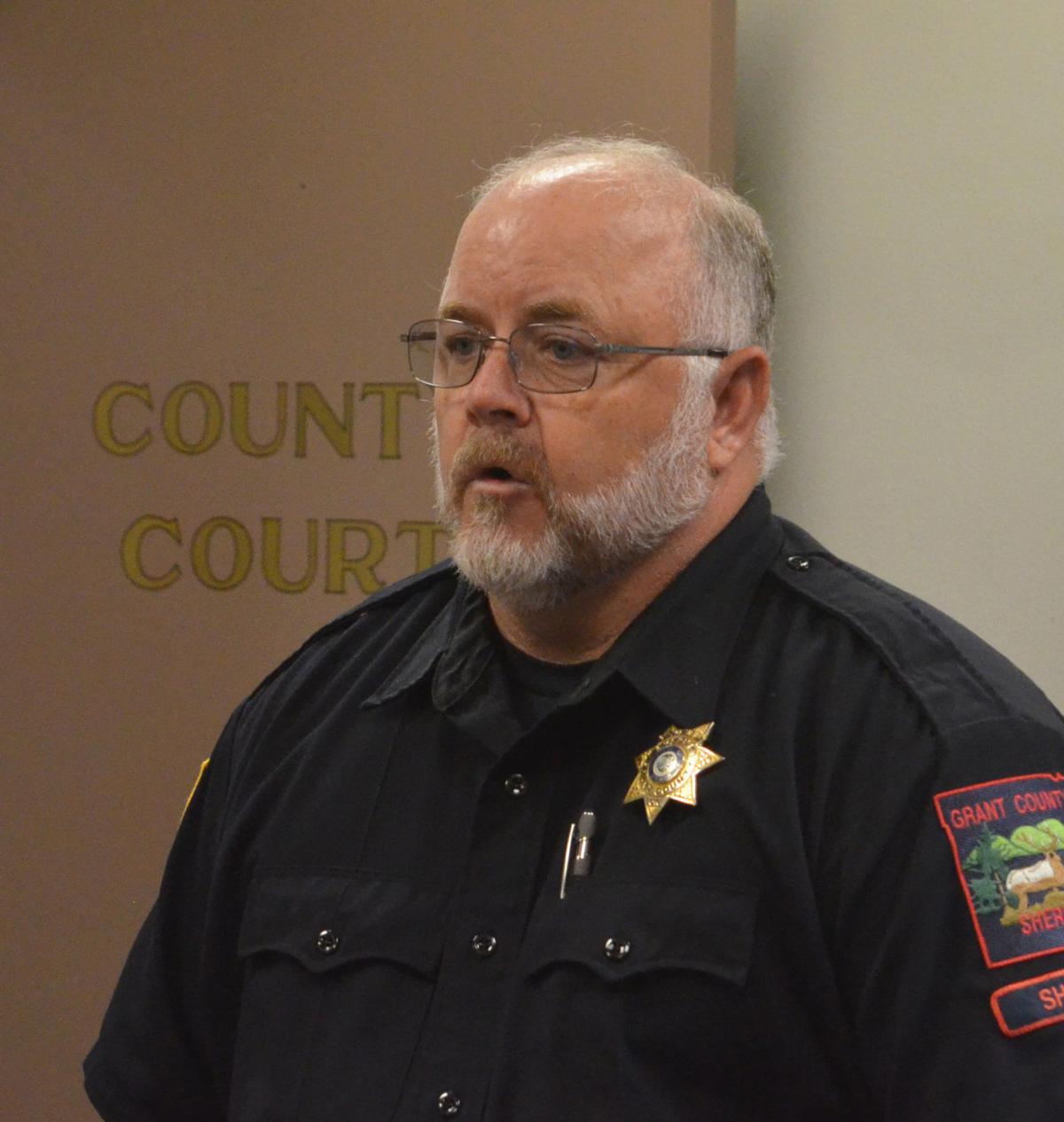 “My opponent seems to be doing most of the campaigning for me,” he said. “Why should I get in the way of that? He is digging his hole, and I’m not gonna step in the way.”

McKinley said people had approached him, fed up with how, in their opinion, Palmer has brought negative publicity to the county.

He said a lawsuit and complaints alleging multiple incidents of misconduct by law enforcement officials in Grant County has earned the area the nickname “Hazzard County” after the 1980s sitcom “Dukes of Hazzard.”

The show, which followed two “good old boys,” cousins Bo and Luke Duke, and their scrapes with the fictitious corrupt and incompetent local law enforcement in rural “Hazzard County” mirrors a lot of what people see from outside of the county, McKinley said.

“People are tired of this county having that kind of a stain on it,” he said.

“I think a lot more than that have come to me just saying, ‘We’re done,’” he said.

He said a lot of people have asked him to keep his campaign mellow and quiet, stating they’re going to vote for him.

“They don’t want to have signs in their yard because they are honestly concerned about repercussions from the current administration,” he said. “And it shouldn’t be that way.”

McKinley said he has not wanted to “bash the current administration and the sheriff’s office.”

“There’s many people in there, if I get elected I’m going to have to work with, and I get to work with. And there’s some good people there,” he said.

Another reason why McKinley said he has been low-key in his approach to the election is that many in the community, in his opinion, regret voting for Palmer.

“They’re glad I’m not sitting there with my finger in their face saying, ‘See, I told you so,’” he said. “ And I’m not going to do that, because they are also the citizenry I plan on serving. I’m fairly confident that I’ll prevail this go-round, and there are just enough people, like I say, who are fed up.”

He said he might never win over Palmer’s inner circle of supporters, and he is fine with that reality.

He said he would serve all the county’s citizens. However, he also understands there will be people who disagree with him no matter what he does or says.

“I have no illusion that I need to do something to win them over,” he said. “But what I am going to do is do the job, the best I see fit and try to bring some pride back to this county.”

He said a McKinley sheriff’s office will be strive to be transparent.

“I saw too much swept under the rug, too much stuff hidden,” he said. “I don’t want to see that. It isn’t like it’s their own club. It’s a public office, and I want to see it get back to that.”

As policing faces heavy scrutiny on both the local and national level, McKinley said some of it, as in the case with Palmer’s office, is warranted. He said both sides cannot expect perfection, though.

McKinley said, if he prevails next month, he will expect his staff to conduct themselves with “integrity and honor the office.”

“I feel that that has not been occurring, to an extent,” McKinley said. “Trust me, there are some good employees in that facility. I feel sorry that they’ve been put in a position where they have, and I am proud of them for bearing it out. I was there. I feel for them. I know what it was like.”

McKinley began his policing career as a reserve in the Grant County Sheriff’s Office under Palmer’s predecessor, Fred Reusser, in 1998 and got hired on as a full-time deputy in 2001, working alongside Palmer until 2015, and also serving as undersheriff for a time.

Over the years, the relationship soured, and McKinley took the helm at the probation department in 2015.

“I departed because I didn’t like seeing where (the sheriff’s office) was going, and I could not consciously be a part of his administration,” McKinley said.

McKinley said the most significant problem the county faces criminally is methamphetamine. He said people addicted to meth drive the criminal factors.

“Your thefts, your burglaries, break-ins can be routed back to someone who needs money, and they commit the crime to get the money,” he said.

Asked if he thinks law enforcement could do more to address the issue, McKinley said he did not want to judge that side of it.

“Do I think we could do more? Yes. Do I think our focus could be in different areas like actually going out and dealing with the criminal aspects instead of just wanting to be political about everything? I want to see myself, if I get in that office, deal with the criminal issues that are going on in the county and not worry so much about what everybody thinks of my political stance,” he said. “I want to be truly a bipartisan sheriff that’s serving the people. That’s what it’s there for and not to be pushing some agenda.”

He said his agenda would be: “Don’t come here to commit a crime, and clean up the act because we’re going to be coming for you.”

Asked if he thinks the county is doing enough to help people get clean and sober, he said he gets frustrated that people get bogged down in the system. He said there are several entities involved when someone goes through the criminal justice system.

“From my aspect (in the probation office), most of us work together with my office reasonably well, and when we reach out, we get answers if we see a problem,” he said.

McKinley said he wants the sheriff’s office to work together more effectively with other law enforcement agencies in getting meth off the streets.

“Anytime you get different entities working together, they still have their way they have to do it policy-wise, and they don’t mix, so it has to get a little creative to make it work,” he said. “But I think it could be better. There could be a better flow of communication, park some egos and get a job done.”

McKinley said search and rescue, which he headed up before leaving the sheriff’s office, is “dear to his heart,” and he wants to see it at the forefront.

“I don’t think people realize in this county how many search and rescues occur in a given month,” he said. “They’ve saved many lives, and there is a bunch of them, and I’ve been on many over the years, and it’s something that is highly needed. It’s highly technical. It requires good support.”

Another improvement McKinley said he would bring to the sheriff’s office is getting the jail to make more money for the county.

He said the county designed the current 45-bed facility so it could rent out beds to other entities. McKinley said the county used to rent to the many federal agencies and made a lot of money that way, but the county lost those contracts over the years.

“It’s a business, and it needs to be run as a business and get back to where it helps fiscally support the sheriff’s office,” he said.

McKinley said he wants the community to know that he has a “heart for the county.”

“My roots are here. My family’s here. We enjoy this county. I want to see this county be able to hold its head up,” he said. “I want to be able to be a part of bringing that back, bringing some pride back to this county.”

The Eagle reached out to Grant County Sheriff Glenn Palmer Sept. 17 to schedule an interview about his campaign for reelection.

Palmer responded to the Eagle's request Sept. 21 with the following: "Due to the many past articles that were not always accurate, I am requesting all of the questions you are proposing to ask be in writing. I will respond in writing so that there is a record of what was asked and what was said and what the conversation consisted of. I will attempt to answer what I can that falls within ethical and legal confines and limitations to personnel and legal matters that are pending."

While the Eagle was preparing the questions, Palmer replied Sept. 23, stating he changed his mind: "With respect, I am going to say that I decline to be interviewed by a news outlet that has chosen on multiple occasions to misrepresent facts, and twist words to fit what appears to be personal agendas of (its) reporters. In recent years, the BME has fallen away from trusted, unbiased reporting relied upon by so many in the past. In a rush to win the next investigatory news award, it rushes to print headlines and stories alleging misconduct by me, yet time and (again) those complaints, investigated by a third party agency, are proven to be false. Any Grant County resident who wants to come to my office for a respectful, two way conversation is welcome."

Eagle Editor Sean Hart sent an email to Palmer Sept. 23 inquiring about the claims of inaccuracy: "You claim the Eagle has 'misrepresented facts' on multiple occasions and that we 'twist words.' Accuracy is very important to us, and if you believe we have published something inaccurate or out of context, we'd like to know what it is so we can correct it. Please let us know what you're referring to, and we will address it ASAP."

Palmer has not responded as of Oct. 6.

"I saw too much swept under the rug, too much stuff hidden. I don't want to see that. It isn't like it's their own club. It's a public office, and I want to see it get back to that."