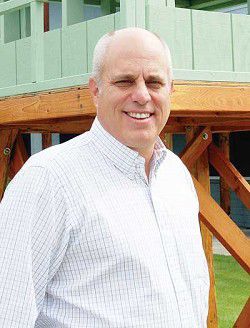 JOHN DAY - About two dozen "trespass cattle" that have been running wild on the Malheur National Forest for the past two years are headed to auction in Vale.

Malheur Forest Supervisor Doug Gochnour said Forest Service contractors rounded up 19 cows as of Monday, July 13, but expected to locate even more before the week is out.

Gochnour said an aerial survey this year indicated that as many as 30 cow-calf pairs have been living on the Mt. Vernon/John Day/Beech Creek grazing allotment - one of the allotments that have been targeted by environmental litigation over forest grazing.

The cows are not owned by the rancher who holds the permit to graze cows during the summer on that allotment, but apparently moved onto public land from a nearby ranch. They have been left there to forage year-round on the allotment, even through the harsh winters, Gochnour said.

The trespass causes problems for both the permittee and the Forest Service, who are under pressure to meet standards to protect fish habitat, Gochnour said.

"Any grass they eat, or damage they cause to the riparian area, works against the Forest Service and the legitimate permittee," he said. "So we're impounding them."

To impound animals, the Forest Service must first try to identify the owner and give notice. Gochnour said the owner in this case was notified, but did not collect the cows.

Malheur staff including range specialists and a law enforcement officer contacted the owner of the cattle several times leading up to a June 5 notice to remove the livestock within 48 hours. Forest officials on June 24 hand-delivered a notice of possible impoundment, and on July 6 issued a general notice that all unauthorized cattle would be impounded.

Gochnour said the cows are difficult to capture because they are so feral. They will be trucked to the auction yard at Vale for sale.

"They're really wild, but some of them are quite fat," he said. "They've been living well on the public land."

The owner could still reclaim the cows but would have pay the Forest Service's costs for the roundup - and that tab is mounting.

The contract operation is expected to cost more than $9,000, and that doesn't include the helicopter survey and Malheur Forest staff costs.

Gochnour said Malheur fire crews have been sent out to repair fences that were found cut and damaged on the allotment. He said it's not known who cut the fences, but they need to be repaired if the permittee is going to use the allotment.

Gochnour said once the trespass cows are gone, Forest officials will check the conditions on the allotment to see if the permittee will be allowed to turn his cows out. That will depend on whether the trespass cows have already overgrazed the pasture and damaged riparian areas.

The impoundment comes as the Forest Service and ranch permittees hustle to improve allotment conditions and meet requirements set by a federal judge, as litigation over endangered fish habitat continues.

Since then, Forest crews and ranchers have been repairing fences, erecting new fence in some places and making other improvements. Some ranchers have hired extra riders to move their cows from site to site and keep them out of riparian areas.

Gochnour said most of the permittees have been able to turn their cows out onto the forest.

"I'm actually quite optimistic about our grazing program," he said.

He said that while the legal challenges have been difficult, he feels that the parties are talking and working together better than before.

Flood watches issued ahead of Cristobal

Cooper calls out Trump: 'Who's the thug here?'