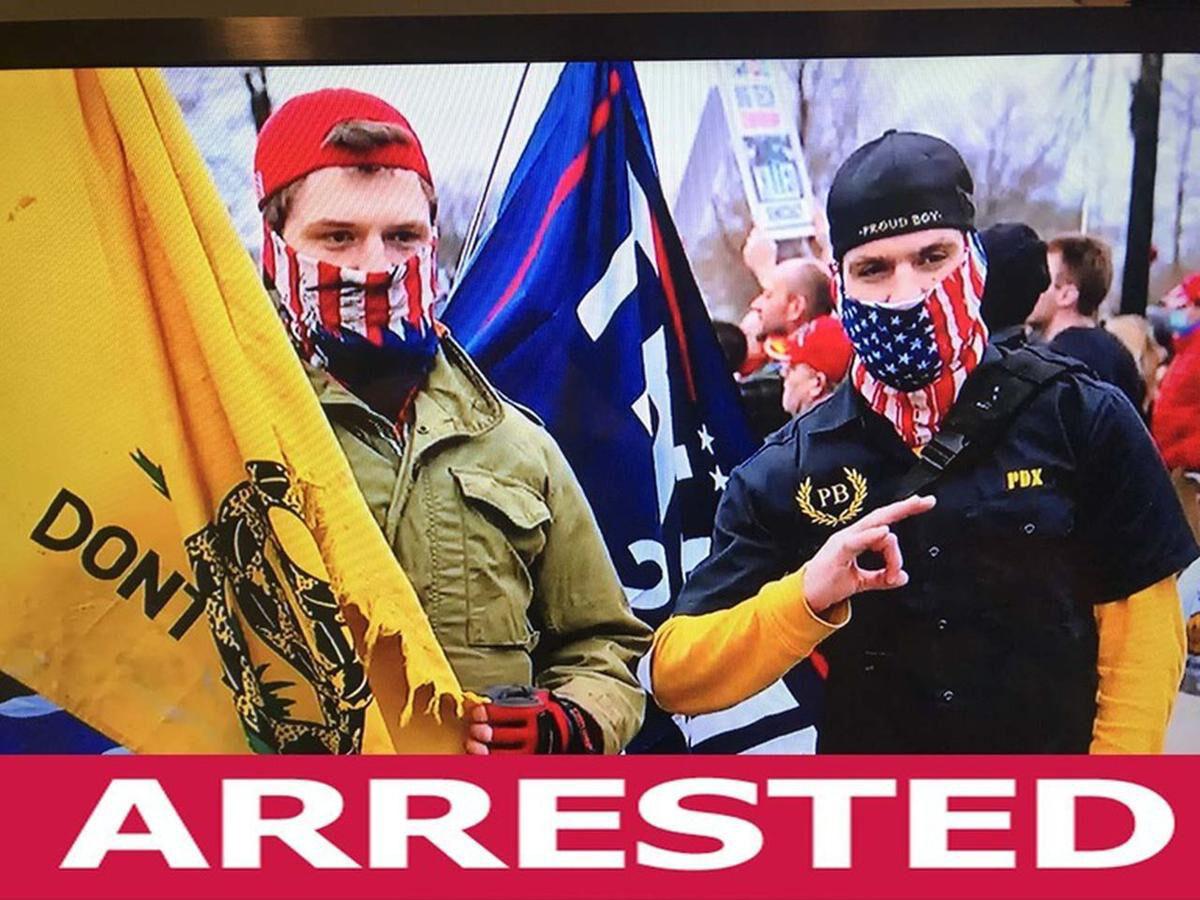 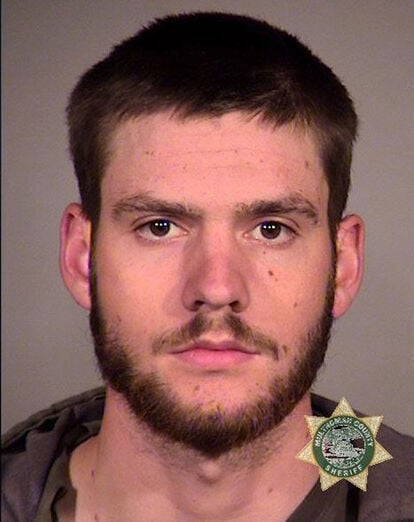 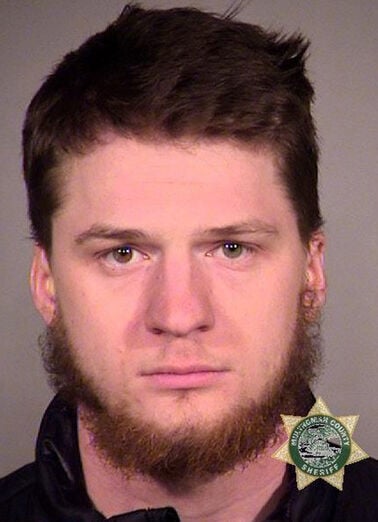 The agents from the Federal Bureau of Investigation couldn’t tell John Flynn too much, only that they were there because of “people that were at the Capitol,” he said.

Early on March 23, agents had been snooping around the headquarters of Ruggs Ranch, a 100,000-acre hunting preserve outside of Heppner in Morrow County that’s described on its website as “Where World Class Bird Hunting & Luxurious Lodging Meet.” The agents told Flynn they were waiting for a friend who was out hunting. Flynn, the ranch owner, didn’t recognize the name they provided.

He asked them to leave.

Shortly after, Flynn’s employee called and said the agents had moved to another part of the property. Flynn drove over to tell them they were trespassing. The agents told Flynn they were awaiting orders from their boss, he said.

The FBI later told Flynn they had arrested one of his employees — Jonathanpeter Klein, who, along with his brother Matthew Klein, was accused of storming the U.S. Capitol on Jan. 6.

The two brothers were the first Oregon residents to be charged for being directly involved in the insurrection intended to prevent Congress from certifying the election of President Joe Biden. Federal authorities say the Kleins were caught on camera storming the building. Now they face a slew of federal charges.

The Klein brothers are among the more than 300 people who have been charged in connection with the riot. Authorities reportedly believe that at least 100 more people could be charged.

According to the FBI, Jonathanpeter Klein is a self-described member of the Proud Boys, a far-right group widely known to engage in violence at protests and whose leadership has come under scrutiny from agents and prosecutors nationwide for the group’s central role in the insurrection.

Flynn was confused. In the two months Klein had worked at the ranch, not once had he mentioned anything about the Capitol, Flynn said.

Time on the ranch

Flynn met Klein in late January. The 21-year-old came to the ranch searching for work and a change of pace. Klein had been living in Portland, where he stripped roofs by day and worked at a Domino’s Pizza at night, Flynn said.

Flynn obliged. He described Klein as a hardworking and upbeat employee with “good core values” who customers complimented for his manners. Flynn said he appreciated Klein’s conservative Christian upbringing.

“I think the reason he really liked it over here was because he lived in Portland and he’s homeschooled and from a very conservative family of missionaries,” Flynn said, adding that Klein had frequently voiced irritation at the Black Lives Matter protests in downtown Portland. “I think he had a hard time understanding that this is how people are and this is how people live. You don’t have to like what they do or like what they say, but you have to respect their opinion.”

Until February 2020, Klein was living in South America. About 12 years prior, Klein’s parents had moved the family from Pendleton to Aluminé, Argentina, on a mission sponsored by the Berean Baptist Church, Willamette Week reported on March 31.

Klein worked as a translator for his parents while in Argentina and Chile. His parents currently live in Baker City, according to court records.

During Klein’s time at the ranch, Flynn said they would discuss things like the Portland protests, adding that he tried to “help (Klein) understand that we’re all on this Earth together. Whether you like how people think or not, they’re entitled to their opinion.”

Over the two months Klein worked at the ranch, Flynn taught him to train dogs and guide hunts through the vast rolling hills that encompass the ranch, full of elk, deer and a wide variety of birds. The ranch is roughly the size of New Jersey or Rhode Island, according to its website.

Images on the website show the ranch’s pure wilderness and successful hunts, as well as its luxury.

Customers are treated to fine dining made by an executive chef. The lodge is decorated with hickory furniture and custom Pendleton Wool bedding that “tell the story of the Indians and Pioneers of yesteryear,” as described on the website.

The website also includes advice on where customers can land private aircraft nearby.

According to guidefitter.com, a website where hunting outfitters advertise trips, big game hunts at Ruggs Ranch can cost anywhere from $4,500 to $9,500.

Jonathanpeter Klein’s defense attorney, Michelle Sweet, did not respond to emailed requests for comment prior to press time.

In late December 2020, the brothers bought plane tickets using cash and flew from Portland to Pennsylvania two days prior to the riot, according to an indictment unsealed and reported by news outlets last week.

A photo taken on Jan. 5 in Washington, D.C., shows Jonathanpeter Klein wearing a shirt saying “Proud Boys PDX,” according to the FBI.

Prosecutors say the brothers were among the initial groups to breach the Capitol around 2 p.m., as reported by The Oregonian/OregonLive. Court documents describe how the brothers also helped other rioters gain access to the Capitol Building’s Upper West Terrace.

Prosecutors allege the brothers then entered and exited the building before moving to the north side, where they forced open a door using a wrench. A detention memo from Assistant U.S. Attorney Paul T. Maloney states law enforcement were then “tasked with protecting the Capitol and its inhabitants prepared to fend off yet another wave of attacks from the unruly crowd.”

“The defendants’ actions created a dangerous scenario that directly interfered with law enforcement’s efforts to secure the building,” Maloney wrote in the memo. “That they did so as part of a second or third wave of attacks — with knowledge of the mayhem that had already unfolded at the Capitol — shows their reckless disregard for others and the danger posed by these two actors.”

Two days later, the two brothers flew back to Portland, according to court records.

On March 19, a grand jury in Washington, D.C., indicted both brothers, accusing them of conspiracy to defraud the United States, aiding and abetting in the obstruction of an official proceeding, obstruction of law enforcement during civil disorder, destruction of government property and entering and remaining and disorderly conduct in a restricted building or grounds.

Court documents filed by federal prosecutors also show the two brothers have been involved previously in protests with the Proud Boys in Salem and Portland, for which Matthew Klein has pending gun possession charges in Multnomah County.

In the indictment, photos show Jonathanpeter Klein wearing body armor and wielding a baseball bat and a paintball gun during violent protests at the Oregon Capitol on Sept. 7, 2020.

Videos from news outlets that day also show Klein appearing to chase a Black Lives Matter protester, and prosecutors allege that Matthew Klein was also there at the protest, according to Oregon Public Broadcasting.

On Saturday, March 27, a federal magistrate judge ordered the Kleins be held in custody pending trial. They are currently being held at the Multnomah County Detention Center, where they are expected to remain until their next scheduled hearing on Thursday, April 1, with a federal district judge in Washington, D.C., which will be conducted by video.

Back at the ranch

Jonathanpeter Klein’s attorney had previously urged that her client be released to work at Ruggs Ranch back in Morrow County pending trial. Flynn would serve as a third-party guardian, the attorney said, adding he had helped Klein “kind of straighten his mind out,” as reported by The Oregonian/OregonLive.

“Kids think different at that age,” Flynn said. “They’re not totally mature. They have different thoughts and ideas about life, and I just (wanted to) influence him with my opinion.”

Flynn said, had the judge not denied the request for Klein’s release, he would have accepted the role as third-party guardian. To Flynn, Klein was just in need of some positive influence.

“From what’s transpired, obviously the kid potentially made some bad choices,” he said.

While chatting with the FBI on his property, Flynn said an arresting officer told him that Klein seemed like a “very nice kid, very polite kid,” and that he would put in a good word with the prosecuting attorney.

“I was sitting there when he called the prosecuting attorney,” Flynn said. “I watched him on the phone, and he told him that he was a very nice kid, very polite, very genuine.”

“Kids think different at that age. They’re not totally mature. They have different thoughts and ideas about life, and I just (wanted to) influence him with my opinion.”

“The defendants’ actions created a dangerous scenario that directly interfered with law enforcement’s efforts to secure the building. That they did so as part of a second or third wave of attacks — with knowledge of the mayhem that had already unfolded at the Capitol — shows their reckless disregard for others and the danger posed by these two actors.”