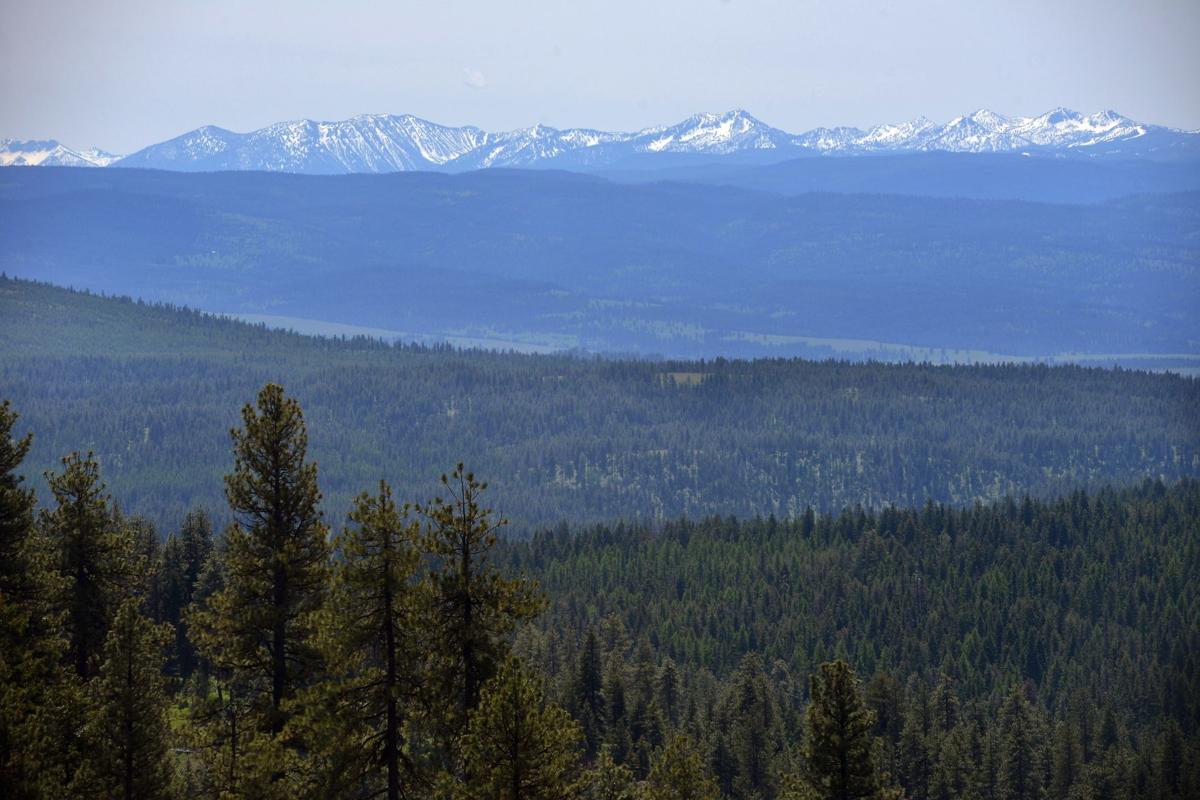 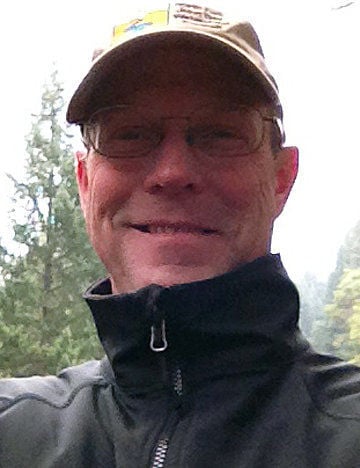 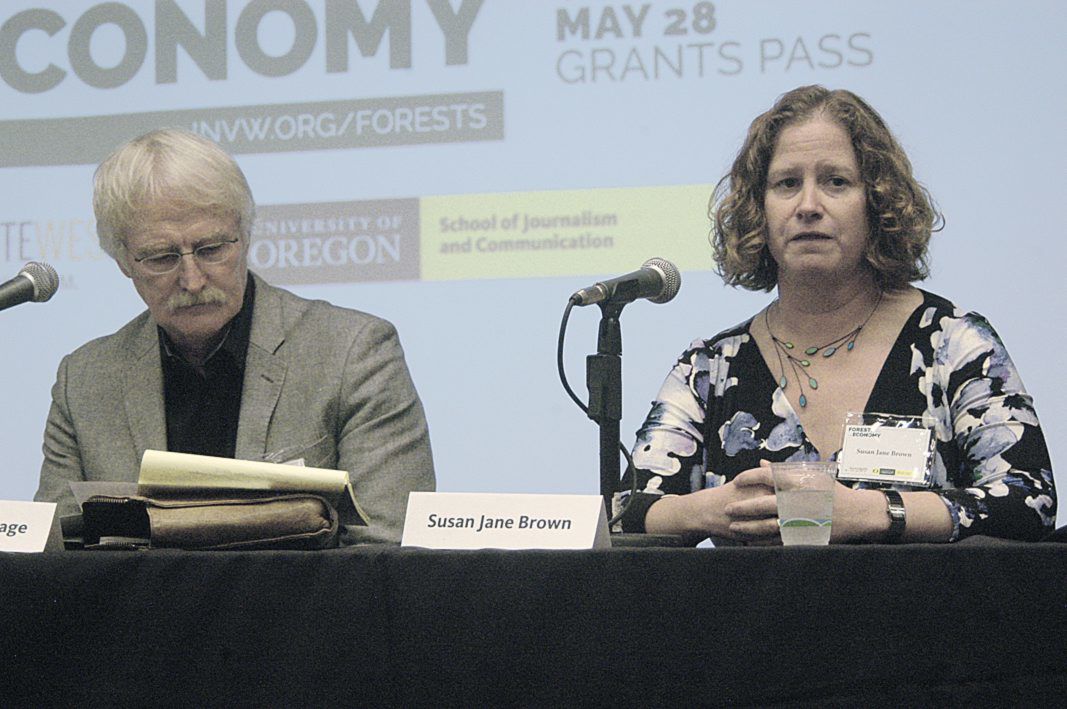 Instead of fighting in the courtroom, with environmental lawsuits halting timber projects, the former adversaries joined together in forest collaboratives to find areas of agreement using science, and the most recent result is the end of an era of prohibition on logging trees larger than 21 inches in diameter — a result the collaboratives believe is mutually beneficial for the environment and the timber industry, and based on the best available science.

Although the new rule — which still emphasizes protection of old trees — is unpopular among some in the conservation community, local collaborative leaders say the 21-inch rule for central and Eastern Oregon forests long outlived its usefulness and had unforeseen implications on the forests’ long-term health.

The 21-inch rule was part of the Eastside Screens, a set of standards that came to be in 1995 to protect wildlife habitat and water quality on nearly 10 million acres of public land in Eastern Oregon.

Susan Jane Brown, an environmental attorney from the Western Environmental Law Center who serves on the Blue Mountains Forest Partners collaborative in John Day, said the rule gave conservation litigants the legal footing to challenge proposed timber projects to stop the logging of trees larger than 21 inches at a time when there was still a lot of old-growth logging happening on public lands.

“It was designed to stop the bleeding and it did,” Brown said, adding the rule was only supposed to be in place for 18 months. “It stuck around for a lot longer than its expiration date.”

She said the environmental and scientific communities have learned a lot since then. Brown said management decisions like the ban on cutting large trees, coupled with fire suppression tactics in areas that are “fire ecosystems” and climate change have created places like the Malheur National Forest that are more prone to wildfire.

“Forest Service decisions are not known to make everyone happy all the time,” she said, “so it’s not unsurprising that some would be skeptical that this isn’t a timber grab.”

Brown said the collaborative’s focus is on finding common ground and using the best available science to plan projects to avoid litigation. Before joining the collaborative, she was an environmental attorney who successfully sued to stop projects on the Malheur National Forest.

Blue Mountains Forest Partners Executive Director Mark Webb said, by the collaborative’s forming in 2006, environmental lawsuits had reduced logging from over 100 million board feet annually to just 10 million. He said, however, the environmentalists were beginning to see that entirely halting projects through litigation led to forests becoming clogged with dense undergrowth and dead trees, which are more prone to fire.

Pam Hardy, an attorney with Western Environmental Law Center who works with collaboratives in the Blue Mountains and Central Oregon, said although litigation is sometimes necessary, it often brings disruptive changes and creates hardships.

When the law center works with a community, she said the goal is to come to an agreement each stakeholder can stand behind.

“A durable agreement,” she said. “That is the kind of thing that everybody’s going to really go out and implement with good faith.”

By building trust among the members over many meetings, and endeavoring to understand the other parties’ concerns, there are opportunities to build successful relationships, even among former adversaries.

James Johnston, involved with the BMFP since 2006, said people want and expect a lot of different things from their forests. He said most people agree they want wildlife habitat, old growth trees, recreation opportunities and clean water

Hardy said what has worked so well with BMFP has been prominent scientists who studied ecosystem dynamics and who were willing to change their position based on the science — whether it was what they thought they were going to get or not.

Brown said the BMFP has brought in scientists from the University of Washington and Oregon State University, and they have worked with the Forest Service’s research branch and implemented scientific experiments and applied research.

Johnston, one of those scientists from OSU, is a fire ecologist. He said his recent research gauges to what degree the forest can be restored to its historical structure and composition under various diameter caps, including the 21-inch rule.

He said what he and his team found is that, historically, all forest types on the Malheur National Forest frequently burned every 10 to 15 years. He said the data shows the forest has dramatically changed and that there are more younger trees larger than 21 inches on the landscape now than there were 100 to 150 years ago.

“We’re moving into a drier and more fiery future,” he said. “And we’re not going to build and maintain a forest full of young grand fir” which can grow larger than 21 inches younger than other species.

He said scientists know that old growth trees, by definition, last longer and are more tolerant to fire.

“These are the survivors. To put it in insurance terms, they are a good risk,” he said. “Just like a middle-aged family person is a better insurance risk than the teenager overgrown trees.”

He said, however, in unmanaged, roadless areas of the Malheur, 28% of old growth trees are dying.

“I’m still digesting the precise implications of it myself,” he said. “It’s a pretty shocking rate of mortality.”

Johnston said the argument against rolling back the 21-inch rule because large trees are efficient in capturing or sequestering carbon is wrongheaded.

He said the research he and other researchers have done suggests that large, old ponderosa pine stores carbon for an exceedingly long time frame.

On the other hand, Johnston said young grand fir trees store carbon for a shorter time because they rot and release carbon, and they die.

“It’s just not a very long-lived tree compared to ponderosa pine or western larch,” he said.

He said multiple studies show that the way to achieve more carbon storage is through “judicious use of thinning and fire.”

Johnston said the planet is warming because of burning fossil fuel.

“For folks that are concerned about the climate crisis, and they should be, they don’t need to worry about logging grand fir in Eastern Oregon,” he said.

‘Work on the ground’

Webb said people opposing the end of the 21-inch rule are no different from climate deniers, who deny that climate change is occurring, in that they are ignoring overwhelming science because of an ideological bias.

He said because the revision came from someone appointed by former President Donald Trump, to them, it seems as if it must be wrong and misguided.

“I’m not saying they’re consciously aware that they think that,” he said. “But they’re acting as if they are relying on science, but they’re not because the science goes in a different direction.”

He said what the revision to the Eastside Screens means is that the forest needs a different approach to landscape management.

“To the extent that environmental organizations are against that rule, either they don’t understand what the landscape needs, or they’re opposed to going that direction out of a principle opposition to active management,” Webb said.

He said another reason conservationists are opposed to the amendment is that it takes away a group’s ability to litigate based on the 21-inch rule.

For her part, Brown said she expects this decision to be challenged in court because it was so unpopular with the conservationists.

But she said she thought the Forest Service’s environmental analysis was solid.

But, according to Brown, the agency did a good enough job to where it can defend the decision if it is challenged in court.

“Hopefully, that means we can focus on doing what we need to do,” she said, “which is the work on the ground.”

“To the extent that environmental organizations are against that rule, either they don't understand what the landscape needs, or they're opposed to going that direction out of a principle opposition to active management."