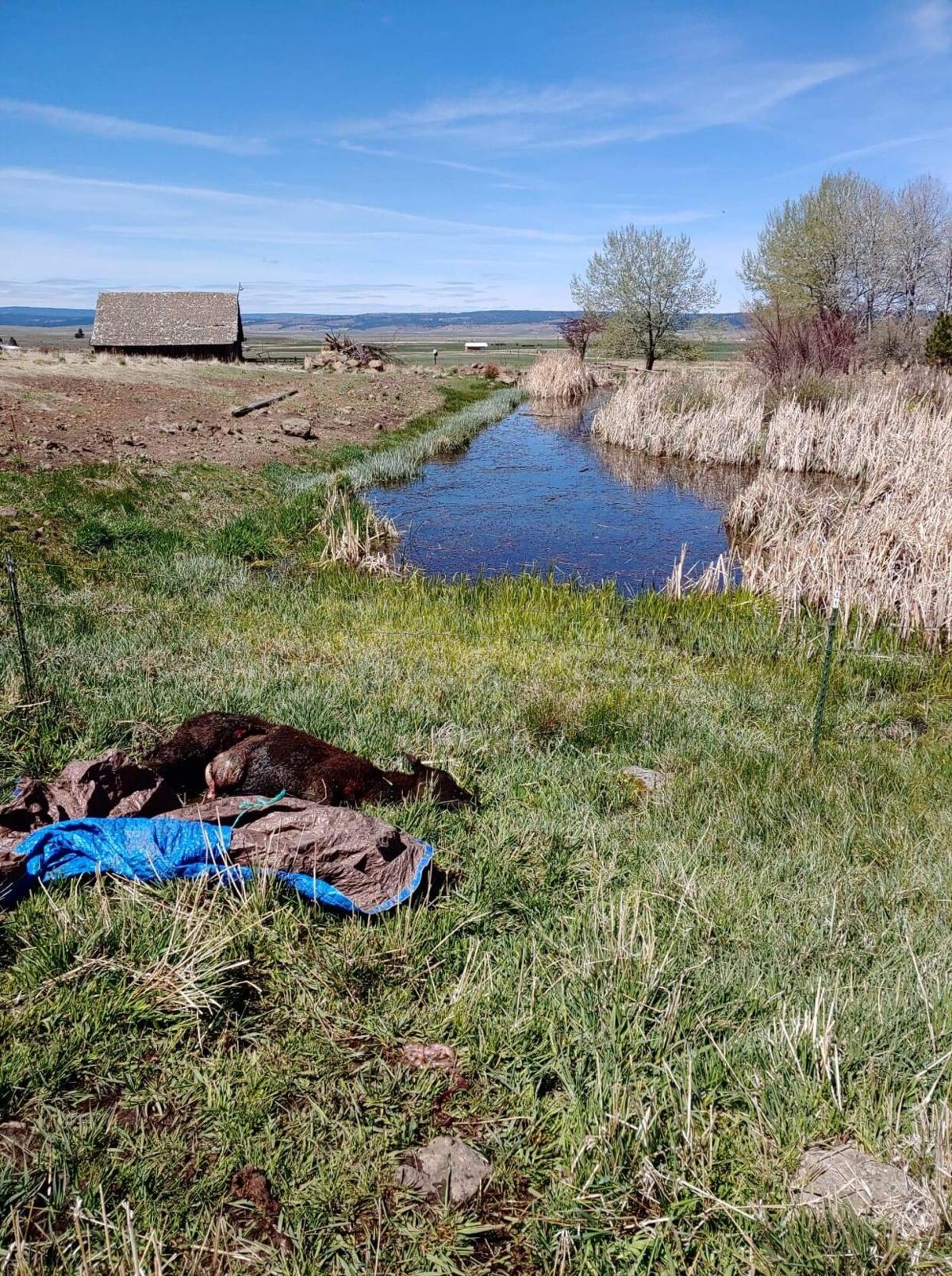 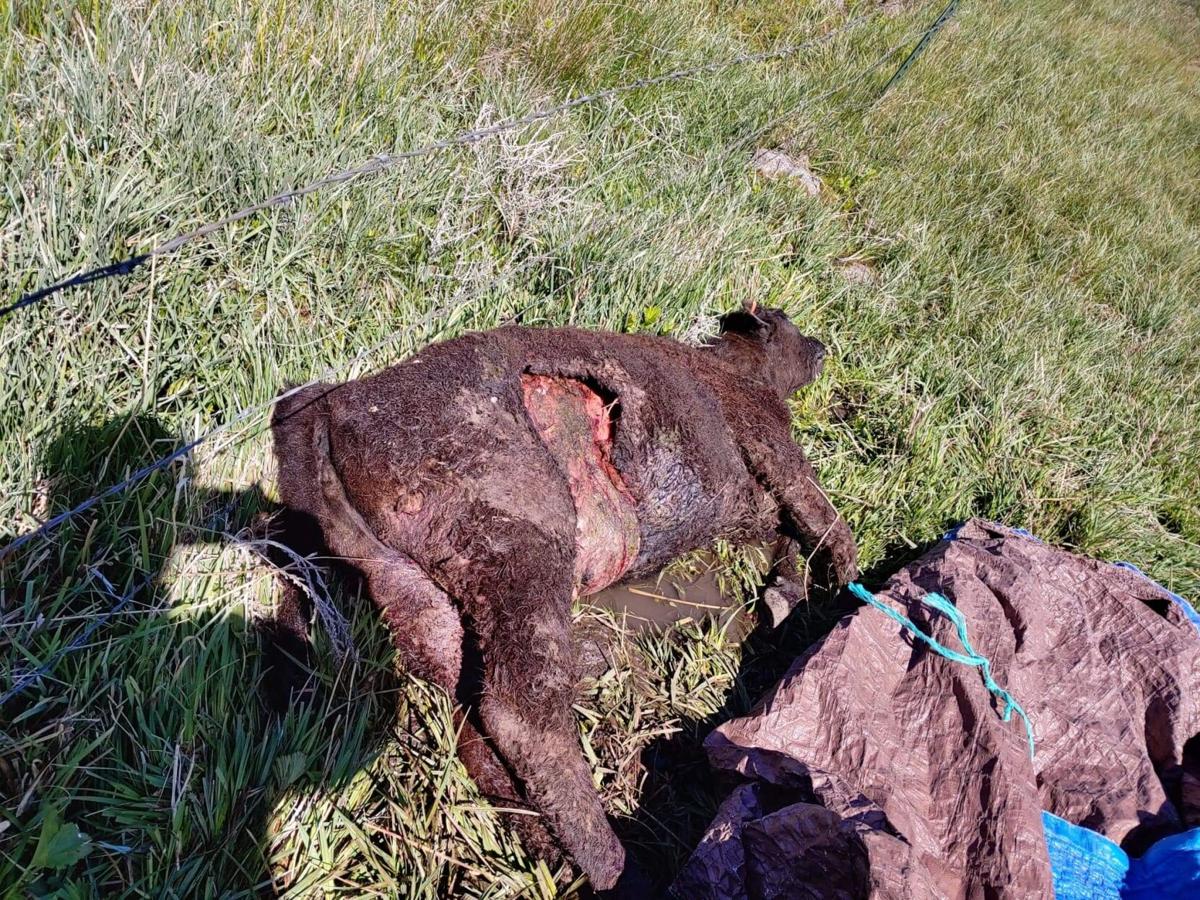 A Fox Valley rancher became the first rancher in Grant County to lose livestock to a confirmed wolf depredation this month.

An Oregon Department of Fish and Wildlife report confirmed Thursday that wolves killed a cow in the early morning hours of May 8 within the Northside area of known wolf activity.

“The location of injuries and severity of trauma was similar to other confirmed wolf attack injuries on cattle,” the report states. The report noted that multiple bite marks and severe muscle trauma were present on the upper thighs of both hind legs, groin and left elbow.

ODFW investigated five cow carcasses at a ranch in Fox Valley. While the report confirmed that one of the cows had been killed by wolves, ODFW officials deemed another death as a “probable” wolf attack and two as “possible” wolf attacks. The cause of the fifth death “is unknown, but was not wolf-related,” the report states.

In the killing that was determined as “probable,” the report stated that trauma to the hind legs and elbows was similar to other confirmed wolf attacks. However, the report said the “severity and size” of the wounds did not have significant bite marks and scrapes like those of a wolf.

“The scrape marks and associated trauma to the front right elbow indicate a predator attack but lack evidence to conclude wolf,” the report reads. The report notes that, because wolves killed livestock in the same pasture, they determined that wolves could have killed that one.

Rancher Roy Vardenaga said in a phone interview Thursday that his grandchildren found five dead cows Saturday on a 400-acre pasture on the east side of Highway 395.

“I’ve never had anything like this happen before,” he said.

ODFW identified the Northside wildlife unit and Long Creek as an area of known wolf activity on April 21. According to the agency, a breeding male and female of the Northside wolves bred for the first time last year.

A breeding pair is an adult male and an adult female with at least two pups who survived to Dec. 31 the year of their birth, and a pack is four or more wolves traveling together in winter.

Three wolves were counted in Northside this year, along with six in the Desolation unit and one in Murderers Creek, according to Torland. He said there is likely a second wolf in Murderers Creek that showed up after winter, but it would not be included until next year’s count.

Vardenaga said, roughly two years ago, ODFW told him a collared wolf had been in the area. He said, over the years, he has had cattle go missing.

Vardenaga said he estimates that the loss of his livestock would cost him $12,000 to $20,000. He told the Eagle the determination that only one of the kills was attributed to wolves was frustrating.

Vardenaga, a retired firefighter and a third-generation rancher, went back to ranching after being diagnosed with multiple sclerosis in 1997. He said the income he brings in from ranching keeps his medical costs down.

According to ODFW, wolves east of highways 395-78-95, are delisted both federally and at the state level. Within this zone, livestock producers or their agents may shoot a wolf caught in the act of biting, wounding, killing or chasing livestock or working dogs on land they own or lawfully occupy.

Lemon on Jim Jordan: Does this guy seem nervous to you?