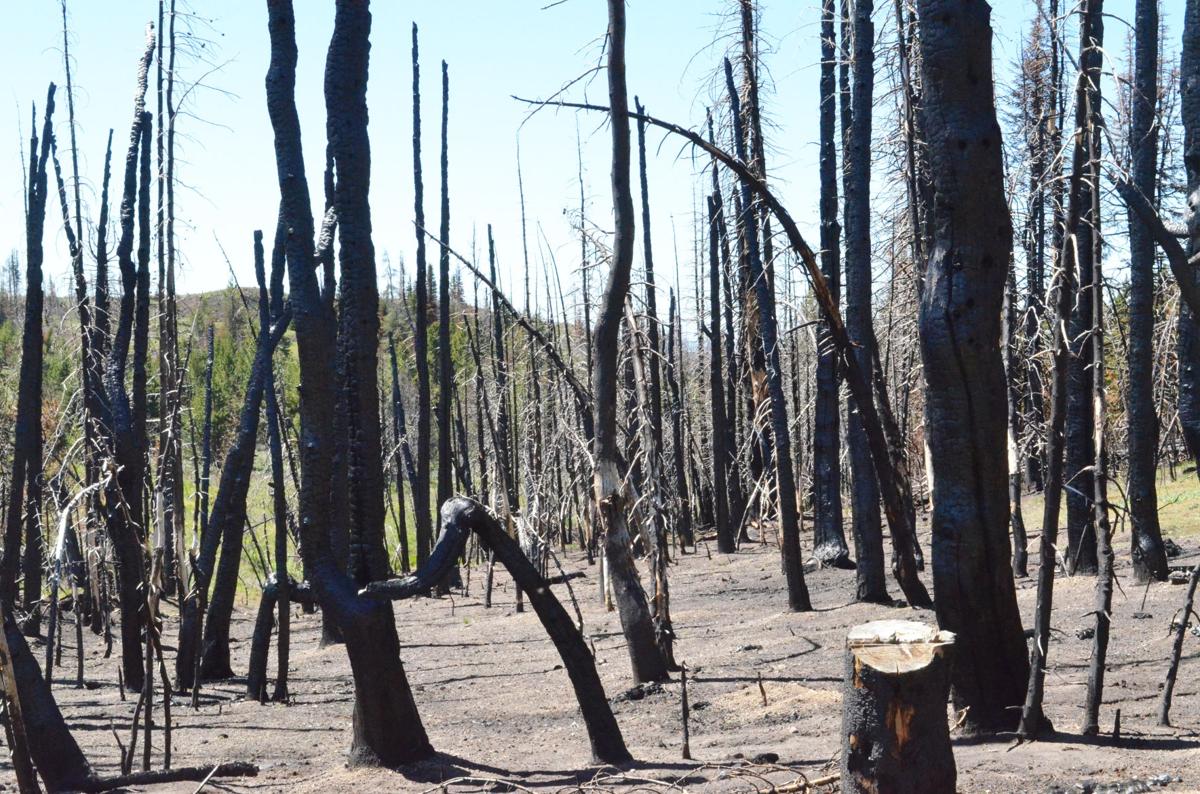 Several large wildfires scorched portions of the Monument Rock Wilderness since 1989, including this one area near the trail from Forest Road 1370 to Monument Rock. 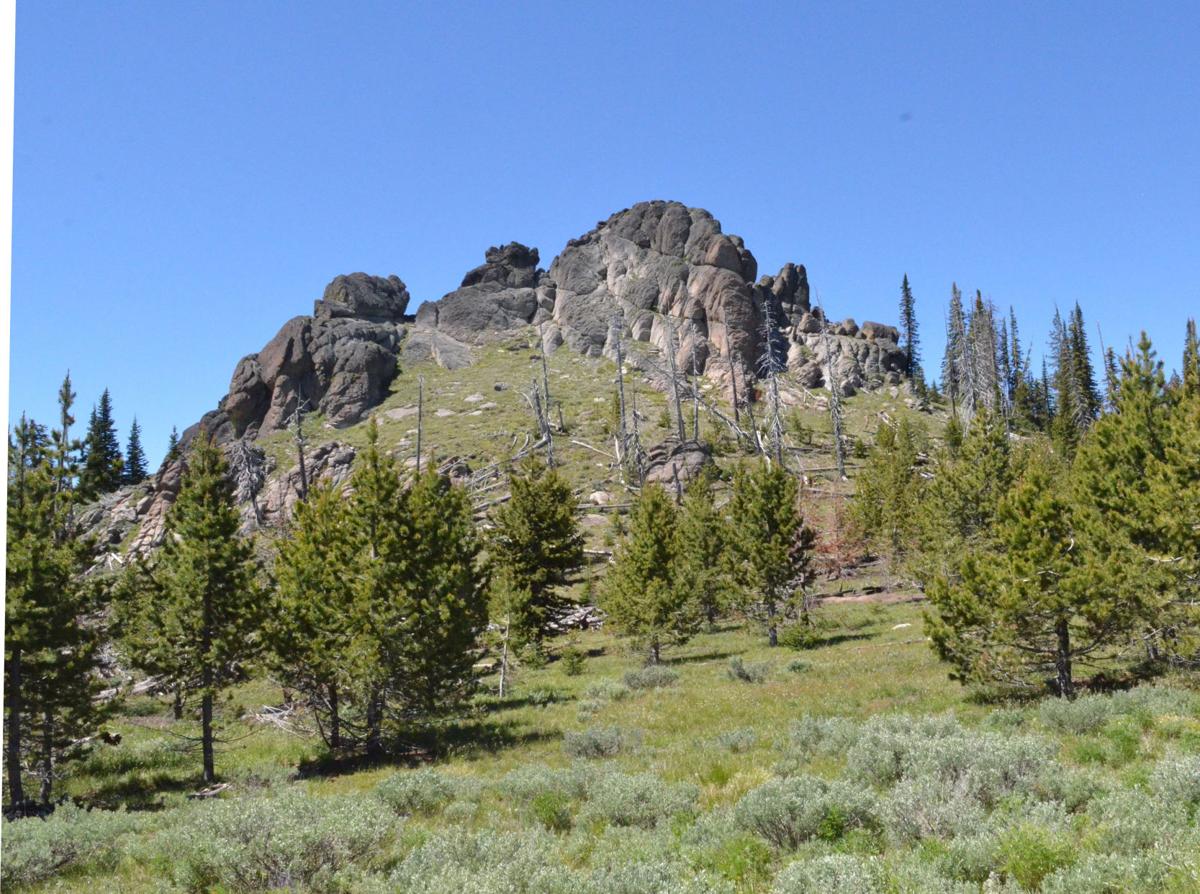 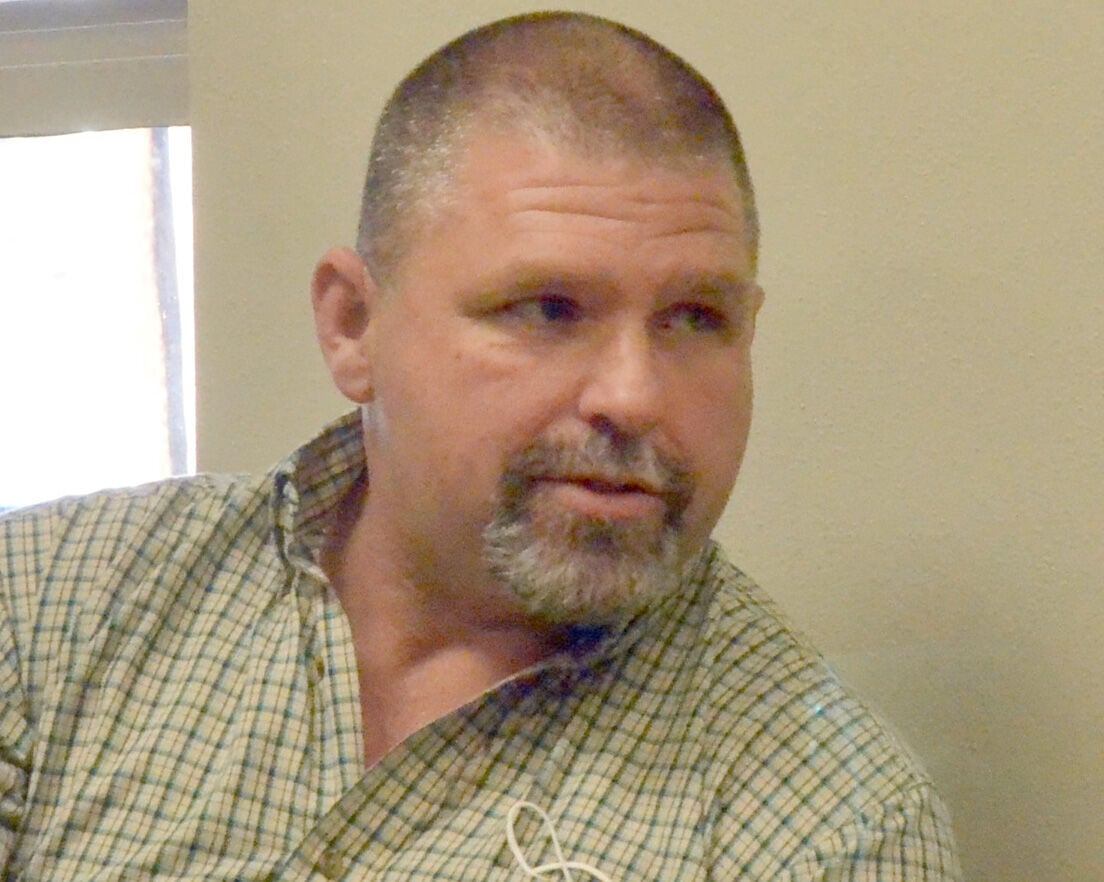 A view of the Strawberry Mountain Wilderness and John Day Valley. Wilderness designations have been a sticking point in talks about revising forest plans. 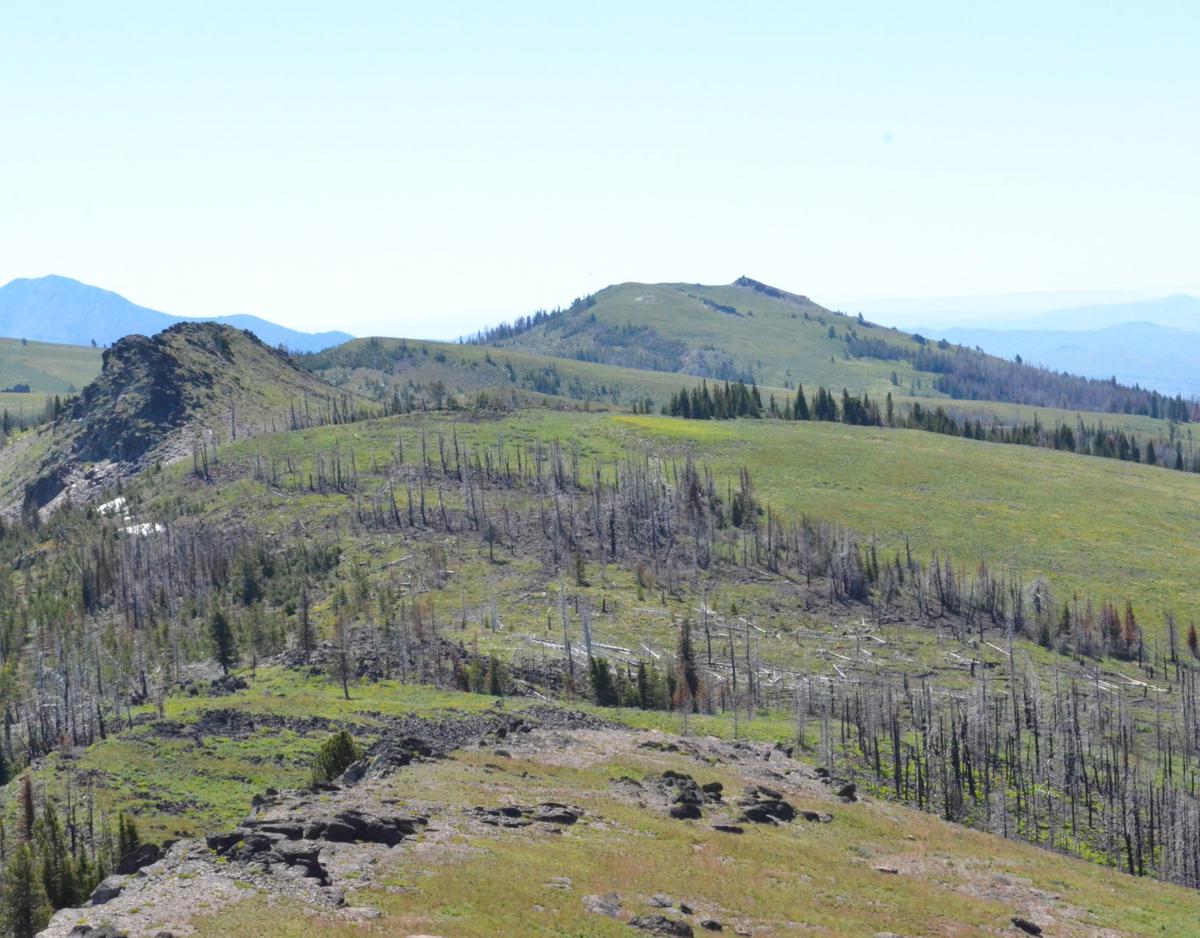 Monument Rock, a 12-foot tall rock cairn, is located on the far hill in this view from the Table Rock Lookout parking area. The hike to the cairn is about 2 miles long.

Several large wildfires scorched portions of the Monument Rock Wilderness since 1989, including this one area near the trail from Forest Road 1370 to Monument Rock.

A view of the Strawberry Mountain Wilderness and John Day Valley. Wilderness designations have been a sticking point in talks about revising forest plans.

Monument Rock, a 12-foot tall rock cairn, is located on the far hill in this view from the Table Rock Lookout parking area. The hike to the cairn is about 2 miles long.

Members of the access, wilderness, habitat, and set-asides sub-committee of the Blues Mountain Intergovernmental Council are close to reaching a consensus. Still, they are at loggerheads over wilderness and wildlife designations that restrict motorized vehicle access.

The remaining 20%, the notes said, were scheduled to go before the full BIC — the group working to create forest plans for the Malheur, Wallowa-Whitman and Umatilla national forests — at its Feb. 26 meeting.

According to the meeting notes, Rep. Mark Owens, R-Crane, and Carl Scheeler, manager of the Wildlife Program for the Confederated Tribes of the Umatilla Indian Reservation, both agreed to draft a set of recommendations ahead of the Feb. 26 meeting.

In a Feb. 5 phone call, Owens said there might not be that “sweet spot” in the middle for him and others.

“Some of us believe we’ve already gone too far into the middle,” he said.

Owens said access, the most “troublesome” of all the subcommittee groups, is at an impasse regarding wilderness set-asides, identifying which areas the Forest Service designated administratively, as those areas could go through an analysis process.

According to the notes, the group asked the Forest Service’s Dennis Dougherty, a recreation planner, Craig Trulock, Malheur Forest supervisor, and Nick Goldstein, a regional planner, about the process of recommending set-asides within a forest plan.

Dougherty talked about the difficulties during the last plan revision. He told the group his biggest takeaway was the need to comply and comport each component with the overarching forest plan.

Dougherty said it is important to remember the forest plan does not designate motorized usage on forest roads. Those provisions come from the travel management plan.

He also told the group that some areas are statutorily designated. Also, he said, Congress identifies certain set-asides as well.

He explained a Forest Service document, the “suitability-rating table,” used during the last revision, which lists management areas, activities, land allocations and designations that the forest can use to make access and land-use recommendations.

Dougherty said he recognized the framework as cumbersome and complicated because of the plan amendments over the years. He said it is the Forest Service’s general approach to determining land uses. The Forest Service’s Tom Montoya said these administrative recommendations go through a review process under the National Environmental Policy Act.

Trulock said in a Feb. 11 phone call the goal was to come to a collective understanding about the Forest Service’s process: Even if there are no additional set-asides, they still have to go through the analysis to get to that point and make that recommendation.

Another topic the subcommittee discussed was inventoried roadless areas. The 2001 rule established 58 million acres that mapped out areas within the inventory that prohibit permanent roads.

Trulock said the decision-making elevates “quickly” to the regional forester level and up to the chief in order to propose something within an inventoried roadless area.

Trulock said a proposal such as a commercial timber harvest is complicated for supervisors to propose within a roadless area without a “robust and pretty extensive analysis.” On the other hand, he said getting authorized to use bulldozers in a roadless area to corral a quickly growing fire is a rapid process.

“There are mechanisms in place for firefighting that allow us to have more latitude, that save wilderness,” he said.

Trulock said it is possible to get authorization for forest restoration, such as non-commercial thinning and other activities that do not involve tree removal. Trulock said there is not enough timber value to warrant things like helicopter logging.

Overall, Trulock said the discussions have been “a little slow,” but the meetings have been positive regarding transparency.

“A lot of what led to the BIC was to gain some transparency that was maybe lacking in the last forest plan revision process amongst all the government agencies,” he said. “And so I think that has been going really well.”

Owens said there needs to be a balance between set-asides areas and “working forest” areas.

“The direction they continue to take is to take more forest out because it qualifies as a scenic river in somebody’s mind,” or a wilderness area, or a roadless area, he said.

He said the plan needs to designate part of the forest as a “working forest” for communities like Grant County to prosper, even if it’s at a reduced scale from where it used to be in the 1980s and 1990s.

“We need that working forest to be able to have some commercial harvest, have some mushroom picking and have some resource extraction from it that is sustainable,” he said.

He said, if the forests remain “locked up,” communities will be unable to manage wildfires.

“I believe 90% of the communities far and wide want a fire-resilient forest,” Owens said.

He said there are areas within the forests where fire restoration crews cannot reach to remove the fuels.

“Whether it be a pre-commercial or commercial harvest or wilderness areas,” he said, “there is a tinderbox.”

Scheeler, the tribal wildlife manager, said most of the travel and access restrictions they are talking about could allow them to get in, do management activities and remove fiber from the forest to reduce wildfires.

Scheeler said the Forest Service put the travel management plan on hold within the Wallowa-Whitman and Malheur national forests. Still, he said, there are issues within the forest plan that have implications for travel and access, including elk security habitat.

He said they have created “surrogates” out of some of the future wildlife “desired conditions” that have been challenging.

“The open roads on the forests and access for vehicle travel is a really big issue in some communities with some individuals, and it’s very emotional, and it’s become highly politicized,” he said.

Scheeler said he has worked for 25 years on the elk issue on the Blue Mountain Elk Initiative. He said the problem is “real” and “compelling” for private landowners who have elk pushed on to their land. But, he said, for people who do not want to lose their favorite hunting area or firewood spot, they get pushback.

He said trying to find common ground on that issue has been “very challenging.” Again, Scheeler said that wilderness and set-asides are used as a “surrogate” for access and travel, which has been put on the back burner pending completion of the forest plan.

He said the county commissioners have “leaned in” and better understand the issue, and they have found “reasonable compromises.”

He said, when talking about desired conditions, they are not talking about anything specific. Scheeler said so much of these talks is how they say things to one another.

He said there is a lack of trust in how the plan will look once it hits the ground, but the group has been working hard to come together to the extent that they can agree on those issues.

He said he believes that the group will come to some “reasonable recommendations” on set-asides and the language in the “desired conditions.”

Scheeler said he had not spoken to Owens and that they would speak on the steering committee level “shortly.” He said, so far, there have not been any any real “non-starters.” He said it is just a matter of articulating their concerns to the Forest Service so that they are understood.

Scheeler said, when they talk about desired conditions, they are not far apart.

“It is semantics,” Scheeler said.

He said, when they are talking from the “30,000-foot level,” there is a lot general agreement.

Scheeler said everybody would like to see elk on public lands where they’re accessible for both hunters and people who want to view wildlife. Nobody, he said, wants to see elk pushed off onto private lands and into agricultural areas where they will cause economic and social problems.

He said the way the desired conditions are written would have implications that they don’t know how they will play out.

“So there’s a general fear,” he said, “that it may impact somebody’s sacred cow and that it’s not in their interest.”

Tapper reflects on the lasting legacy of the Civil War