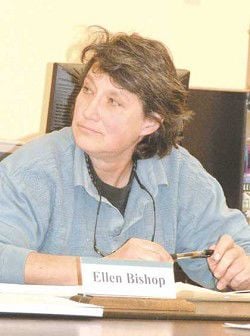 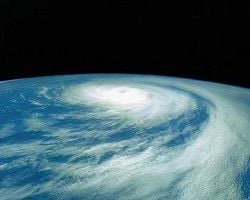 When an issue understood only on the scale of centuries must be fit into pop-culture attention spans, what's an educator to do?

"All I needed to do was show them a couple of movies," Bishops said. "That's the nice thing about Hollywood: it really does grab your attention."

For the past eight years, Bishop has taught "Relations with the Environment," a class at the Portland-area university. In the past, the focus has been salmon, water rights and using contemporary environmental issues to examine how people connect to the natural world economically, scientifically, artistically and spiritually.

While examining the fossil records for her 2003 book "In Search of Ancient Oregon," and staying abreast of the latest scientific research, she realized the issues surrounding global warming demanded center stage in her class.

So for the past two years Bishop has used movies, scientific studies and her experience in geology to drive home the point to her students that global warming is real and must be addressed on many levels.

"It's like a cancer," she said. "When you're first diagnosed with it, you may not believe it because you don't feel any pain, but in 100 years when we start to see a very warm planet it's too late to change something we might have cut off at the pass if we had addressed it earlier. "

Some of her students are confused by conflicting information in the media. But after careful research of available data, students are quickly convinced, she said.

And their reaction when they realize the world as they know it will change forever?

She helps her students students recognize there's a problem and that survival relies on their imagination and ability to think outside the box. Ideas like the advancement of solar power, energy efficient housing and ways to reduce carbon dioxide emissions are influencing their thinking of a new world based on sound environmental principles.

It can be seen as an economic opportunity as well. In a world struggling to evolve, forward thinking can be profitable, her students realize. One came up with an idea to use wind power to ferry commuters up and down the Columbia Gorge. They pondered: if you can windsurf there, why couldn't that same concept be used for mass transit?

"I encourage students to be almost fanciful with the point being invention comes from the imagination, survival comes from the imagination ..." Bishop said. "Some may seem like a silly farfetched idea, but when Benjamin Franklin talked about electricity as this thing we could turn into light or Leonardo Da Vinci designed flying machines, no one really believed them either."

Shortsightedness in geological history, as well as lack of innovation, is a problem for a society that believes long-term thinking is 20 years, she said. A climate change 250 million years ago killed a large percentage of the planet's life and a warming 50 million years ago allowed bananas to thrive in a steamy Oregon climate, according to her research.

Those global warmings were brought about through volcanic activity, Bishop said. But this time all signs point to man's burning of fossil fuels. And just a minor warming can have clamitous effects that are not easily reversible, she said.

Even if global temperatures rise two degrees, duck populations may decline 25 percent, she said. And tree species in North America will have to move 200 miles north in two centuries to find a climate similar to what they have now, she said.

Toobin: This impeachment prospect is chilling