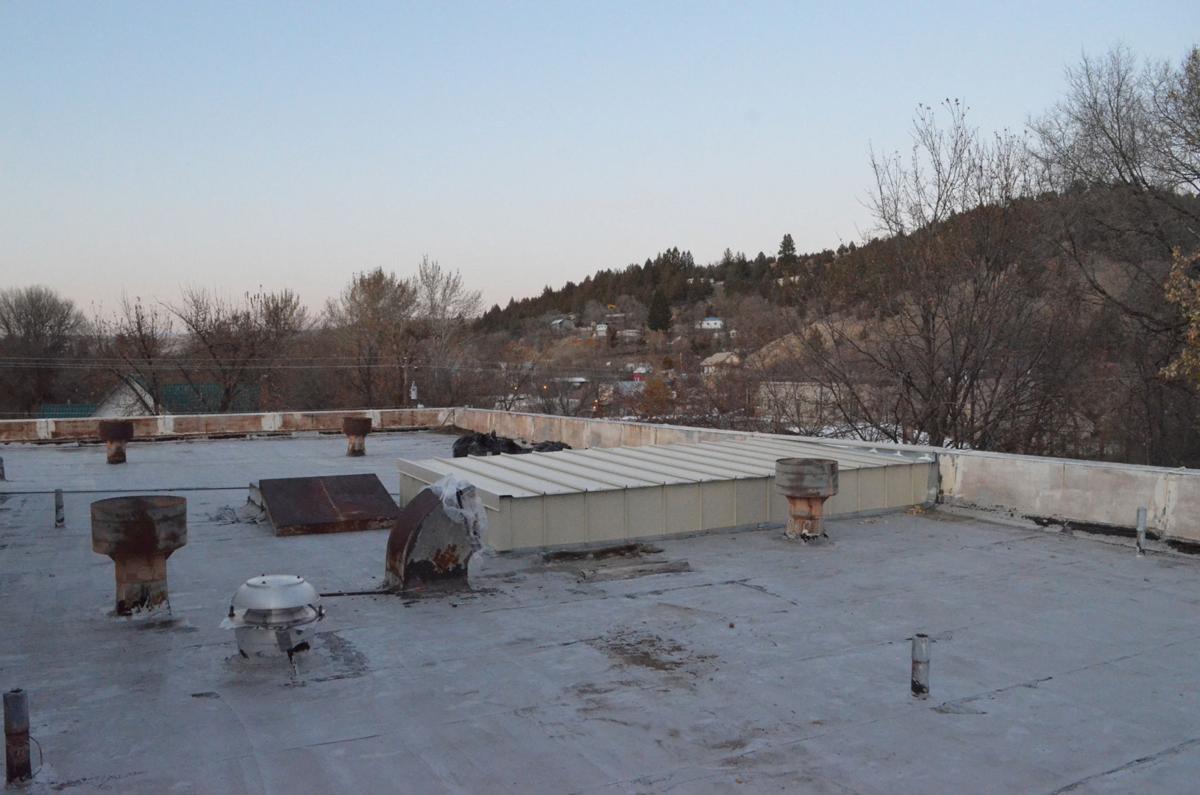 A majority of the fans on the roof will be taken out since they are old and have been the source of many leaks. 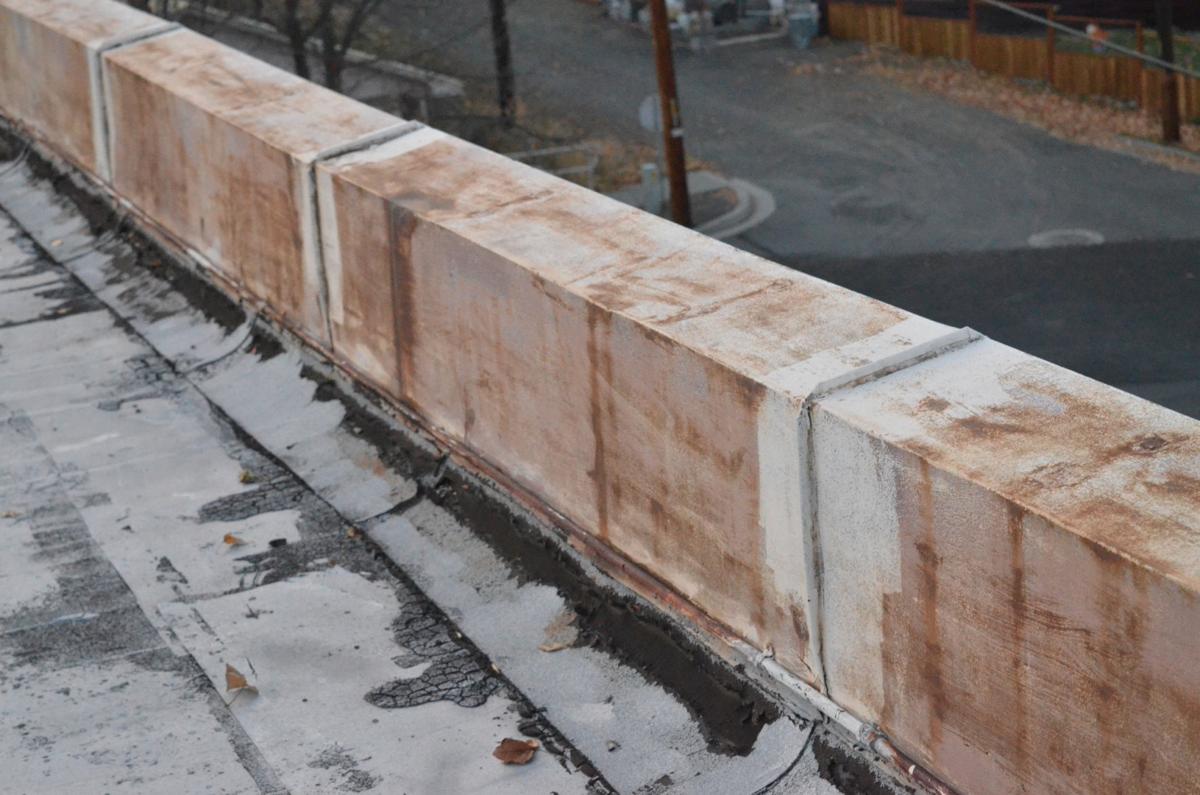 Along with leaks around the fans, Judge Myers shows the deteriorating sides that goes around the roof. 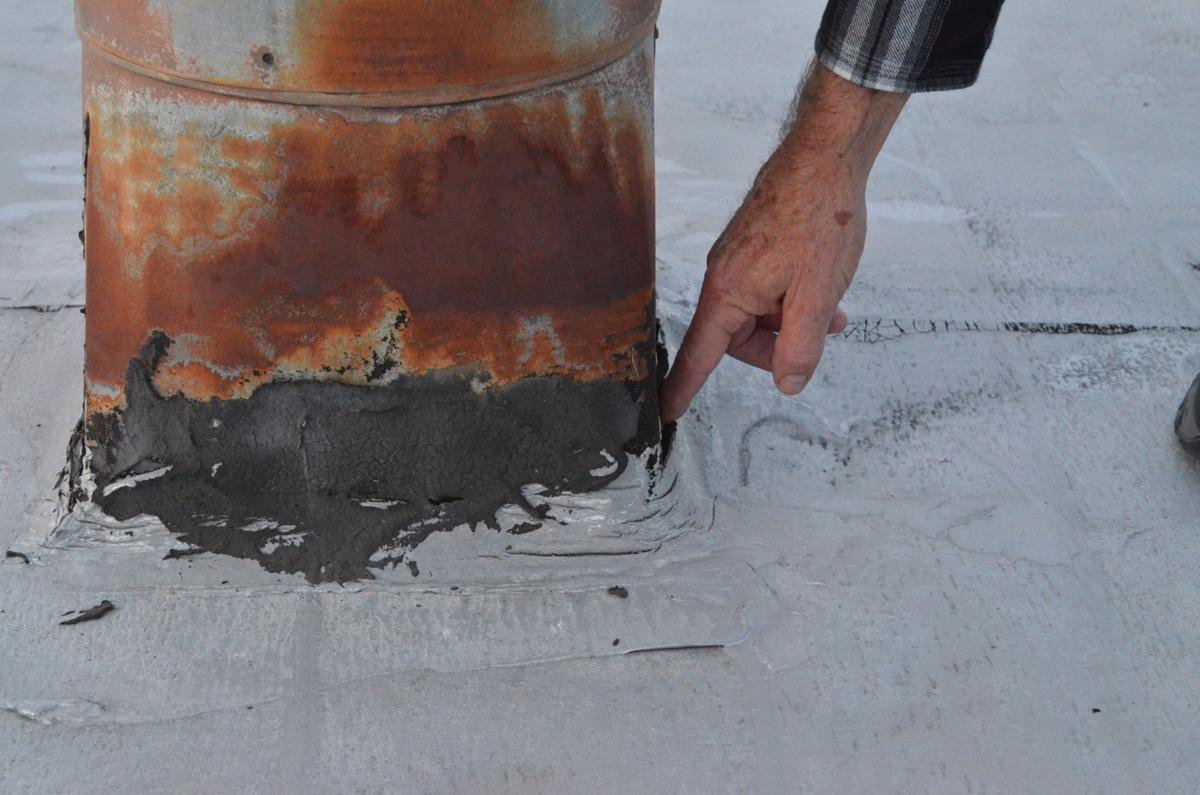 Grant County Court Judge Scott Myers shows why the roof needs to be replaced at the courthouse and why leaks happen.

A majority of the fans on the roof will be taken out since they are old and have been the source of many leaks.

Along with leaks around the fans, Judge Myers shows the deteriorating sides that goes around the roof.

Grant County Court Judge Scott Myers shows why the roof needs to be replaced at the courthouse and why leaks happen.

The Grant County Court voted Nov. 6 to have a contractor replace the courthouse’s aging roof.

After years of repairing the roof to prevent leaks, the combination of time, wear and tear have forced the county court to declare an emergency — the roof needs to be replaced before it begins to rain and snow. The next time it rains or snow melts, the roof will leak, said Grant County Judge Scott Myers.

Palmer Roofing Company from Pendleton will replace the roof and add 2 inch polyISO insulation. When talking about the bids, Darrell McKrola, an independent contractor in Grant County, shared his concern with this project going to a company outside of the county.

“To me, as a Grant County citizen, it’s a little frustrating watching that kind of work go to a guy from Pendleton without much notice or opportunities for the local guys,” McKrola said.

McKrola said that this would be a project that he could do, but he would not be available to work on the project until December because he already made commitments. Since the roof is in a vulnerable condition, the court had to move forward with a team that can begin working as soon as possible.

“I know that we’ve discussed this many times before about keeping work local as much as possible and I would really like to do that, but then again, what if a storm happens?” said Commissioner Sam Palmer.

“What happens in December when they try to rip the roof off in a foot of snow?” Commissioner Jim Hamsher said.

When looking for bids, Myers said that he did consider local contractors for the new roof.

“I know most of the contractors in town and I didn’t know that Darrell had experience with mop roofs,” said Myers. “I’ve called Smuckers and other contractors in town. I’m a licensed roofer and I wouldn’t even consider taking that project on myself.”

The bid for the new roof is $179,995 and will be paid from the courthouse reserve funds. According to Myers, Palmer Roofing will begin work on the roof right away, but no date has been set as to when the project will end. Myers estimates that the project could take up to a week to complete.

While the bid was approved by Palmer and Myers, Hamsher voted no in order to continue looking at bids until Friday.

Catching up? Key moments from the first day