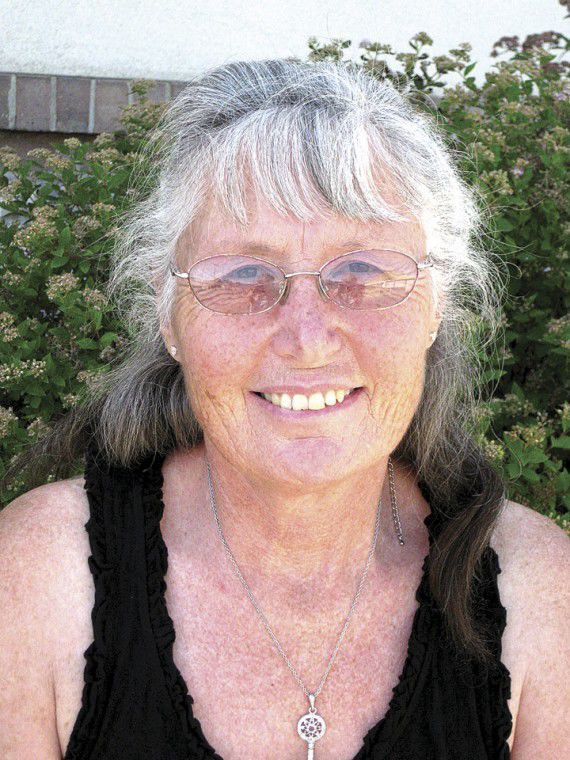 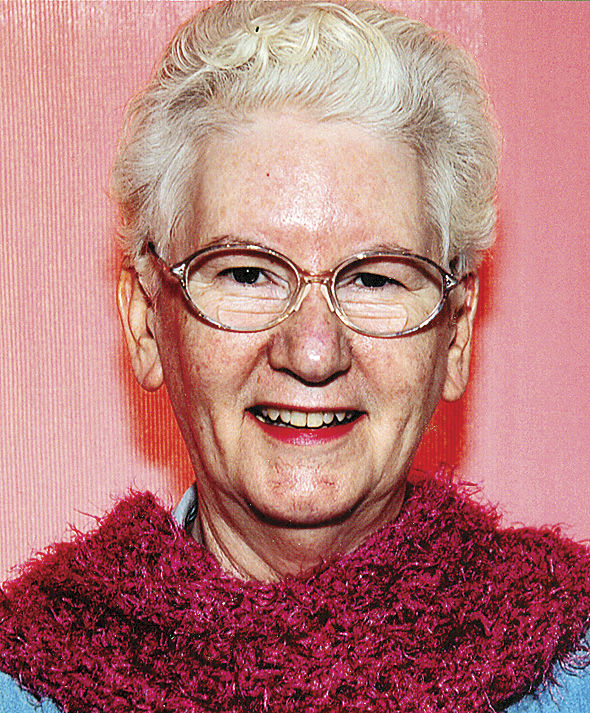 MONUMENT - On Tuesday, Oct. 11, we had 43 diners plus two take-outs. Our menu consisted of tacos with sour cream, olives, onions, lettuce and tomatoes, and brownies for dessert.

Our guests were Nadine Bradley, home for a visit from Arizona, and Janice Hunt and her mother from Long Creek. I might get to see Nadine next Tuesday. I'm wondering if she got home in time to pick huckleberries. I've heard from other people that they were pretty scarce this year, but if anyone could find any, it would be Nadine.

The bus headed for John Day this morning. I thought about going but really didn't feel quite up to it, and I'm having company for two or three days this week and next.

Monument School superintendent/principal Earl Pettit joined the crowd and gave us a rundown on the school, sports and kids. It was all good, so will have to spread the news. They are cleaning the cans up in the horse trailer and going to turn them in. I was so happy to hear that 100 percent are passing all the state tests. The sports teams are all doing really well so far this year. We're looking for all the Grant County kids to show up at the "Tiger Tournament" this Saturday (Oct. 15).

Also found out that 3/4 of last year's graduates are going to college this year.

Marva was telling us they are in need of volunteers to pick up the food for the food bank. The Seniors will pay for the gas if someone with a full-sized pickup would step up and say, "I'll do it!" And I will tell everyone how nice you are and how much we appreciate you. So, not only will the Seniors and all of the Monument residents know how great you are, I'll spread it all over the county.

If you're not familiar with the name Shike, then try Charlotte Howell. Our thoughts and prayers go out to her children, grandkids and great-grands, and to her many friends.

JOHN DAY - The menu for the John Day Senior lunch was macaroni and cheese with ham, mixed vegetables, salad, banana bread and cookies. It was served by the members Redeemer Lutheran Church.

The Senior Center would like to say "Thank you" to all of our volunteer servers who, week after week, faithfully serve our meals on Mondays and Thursdays. All of us here at the Center really appreciate you and all that you do.

The flag salute was led by Buzz Gilmore, and the blessing was given by Roger Blesi.

The Senior Center is looking for a volunteer to deliver meals on Thursdays. If you are interested, please call Veanne Weddle at 541-575-2949 for more information.

Wanted: Bingo players. Reward: Fun, prizes, food. A manhunt is underway for any and all persons knowing anyone having any information regarding these perspective bingo players. Contact the Senior Center immediately ... or at least by 6:45 p.m. Thursday. The rewards will be well worth your effort. These suspects are not armed and are not dangerous.

On Thursday, October 13, the menu was chicken-fried steak, mashed potatoes with gravy, beets, corn rolls and birthday cake which, was provided by Driskill Memorial Chapel and Velvet Touch Car Wash.

The bingo players furnished the entree, and Cornerstone Christian Church served the meal.

Several of the folks from Monument Senior Center visited us today. If was sure nice to see you again. Hope you can come again soon.

John Day Police Department is taking outdated and unwanted drug medication for disposal since flushing medication down the toilet contaminates our water supply. Please dispose of your prescription drugs properly.

PRAIRIE CITY - Well, Happy Columbus Day today! Even though the powers-that-be celebrated on Monday, October 10. And how many of you remember the Columbus Day storm? Derrol and company were out at the Flag Prairie Cow Camp 40 miles southeast of Prairie City riding for cattle. They noticed the wind was blowing rather hard when the bath tub went flying across the yard.

We want to give our faithful set-up crew some affirmation and thanks. If they didn't do what they do, then you would have to. So a big cheer for Bruce, Buzz, Jim and Marvin. Thanks guys. Our servers today were Ann Wood, Barbara Bass, Marj Harris and Carla Wright. Larry almost had to help Carla, but was rescued by the timely arrival of Ann. I'd like to see Larry be a server.

We had 35 diners in the hall, nine take-outs, and four Meals on Wheels. Larry commented that with the number of senior citizens in Prairie City, there should certainly be more people in the hall. And I heartily concur.

The $5 in trade gift certificate donated by Prairie Drug and Hardware went to Bruce Kaufmann.

Ron and Roberta Dowse were in attendance. Ron announced that he would be teaching the AARP-sponsored 55 Alive driver course on Nov. 17. Please sign up soon for it.

So the Marvins, Casebeer and Hatfield, did their respective duties, and we got to do what we came for ... to eat! Another one of those "different" meals by our super-duper cooks Iva and Helen. We had cranberry-raspberry juice, rice, beans and ham, stir-fry cabbage, corn bread and carmel apple cake. There is an old fiddle tune called "Bile and Cabbage Down," and this was the first time I ever ate cabbage cooked this way.

The servers tried to sneak some fruit into Larry's "special" dessert, but he found it! Larry explained, to those who did not know, that his body will not tolerate any kind of fruit. In fact, it violently rejects any fruit, so the doctors told his parents, don't fight it. He's healthy, so don't force him to eat it.

Leone came striding in with no walker, cane, or arm to lean on. Wow. She brought her daughter, Loraine Steward, also.

We made another wood run to Portland. At the Columbia Gorge Discovery Center outside of The Dalles, they had set up over a dozen orchard ladders, all painted different colors. I presume they were celebrating the orchards in the area. Those things are wobbly! Saw a few that had tipped over. There's a reason they only have three legs. And standing out in the parking lot with no support ain't it.

When I was a kid, we learned how to use them while picking cherries and prunes in Idaho. And cousin Albert learned that they aren't very trustworthy just leaning up against a building, either. When folded, the third led is longer than the others, and you can easily tip over.

Psalm 40:2 "He lifted me out of the slimy pit, out of the mud and mire; he set my feet on a rock and gave me a firm place to stand."

Here's how to spot misinformation online