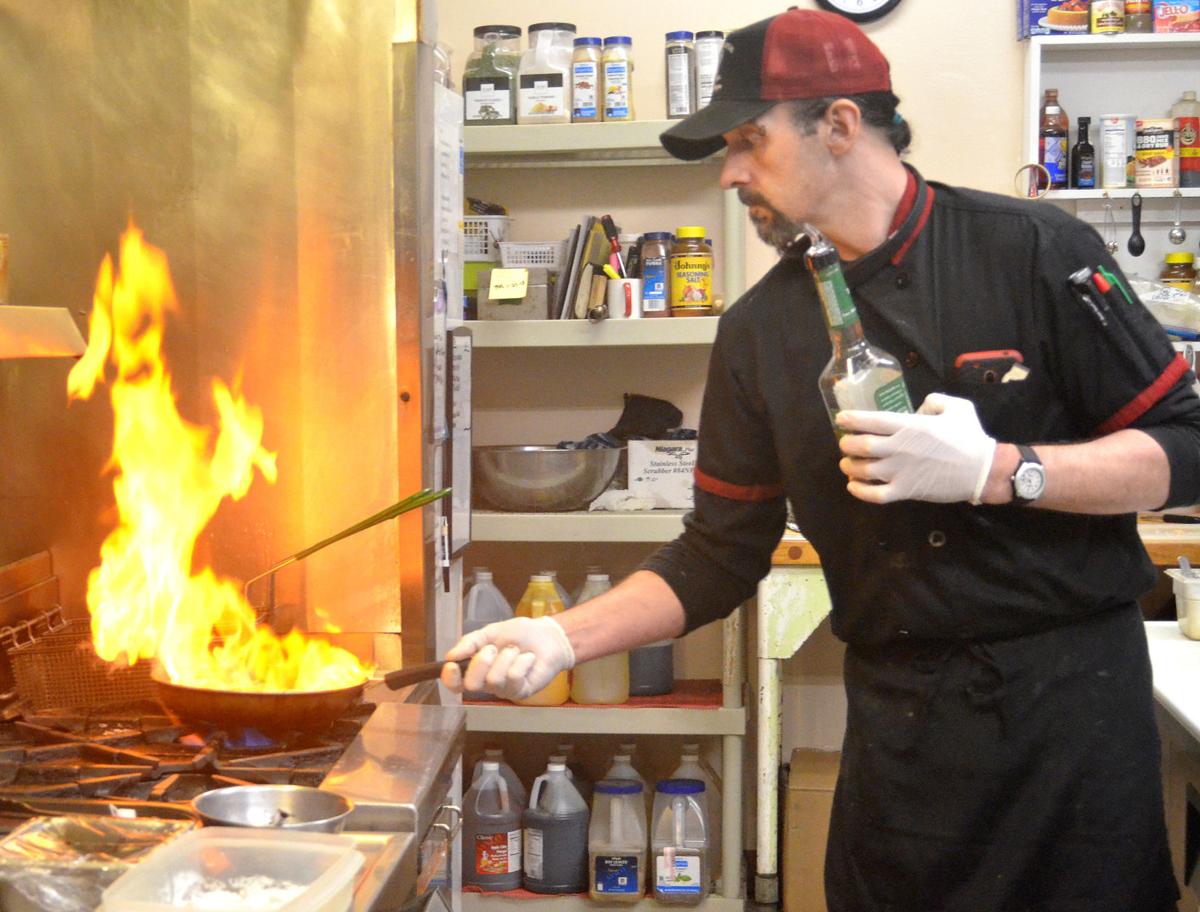 Chef Ren Kirkpatrick prepares an Asian dinner at the Grubsteak Mining Company restaurant in John Day. Various Asian specials are featured at the restaurant on Thursdays. 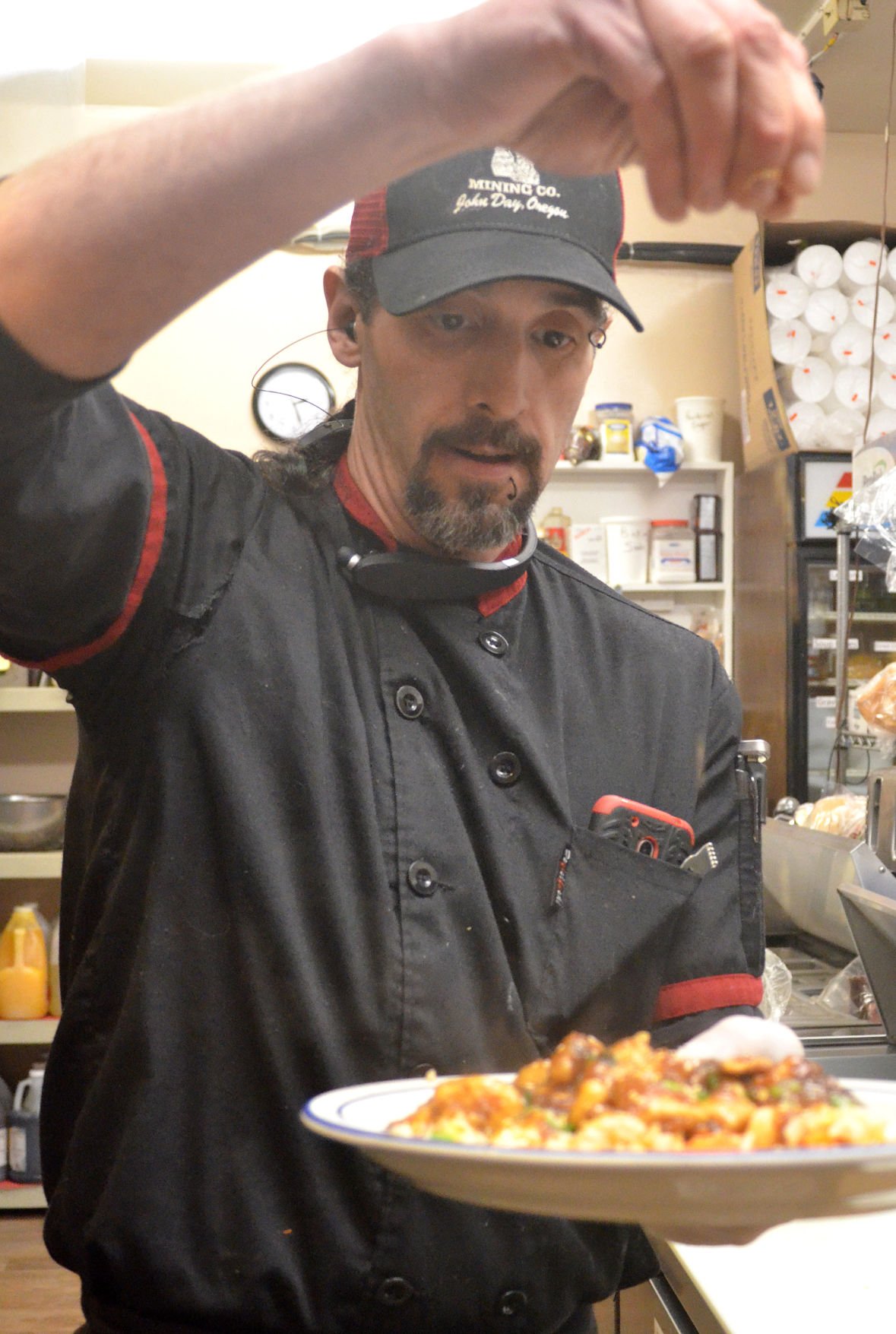 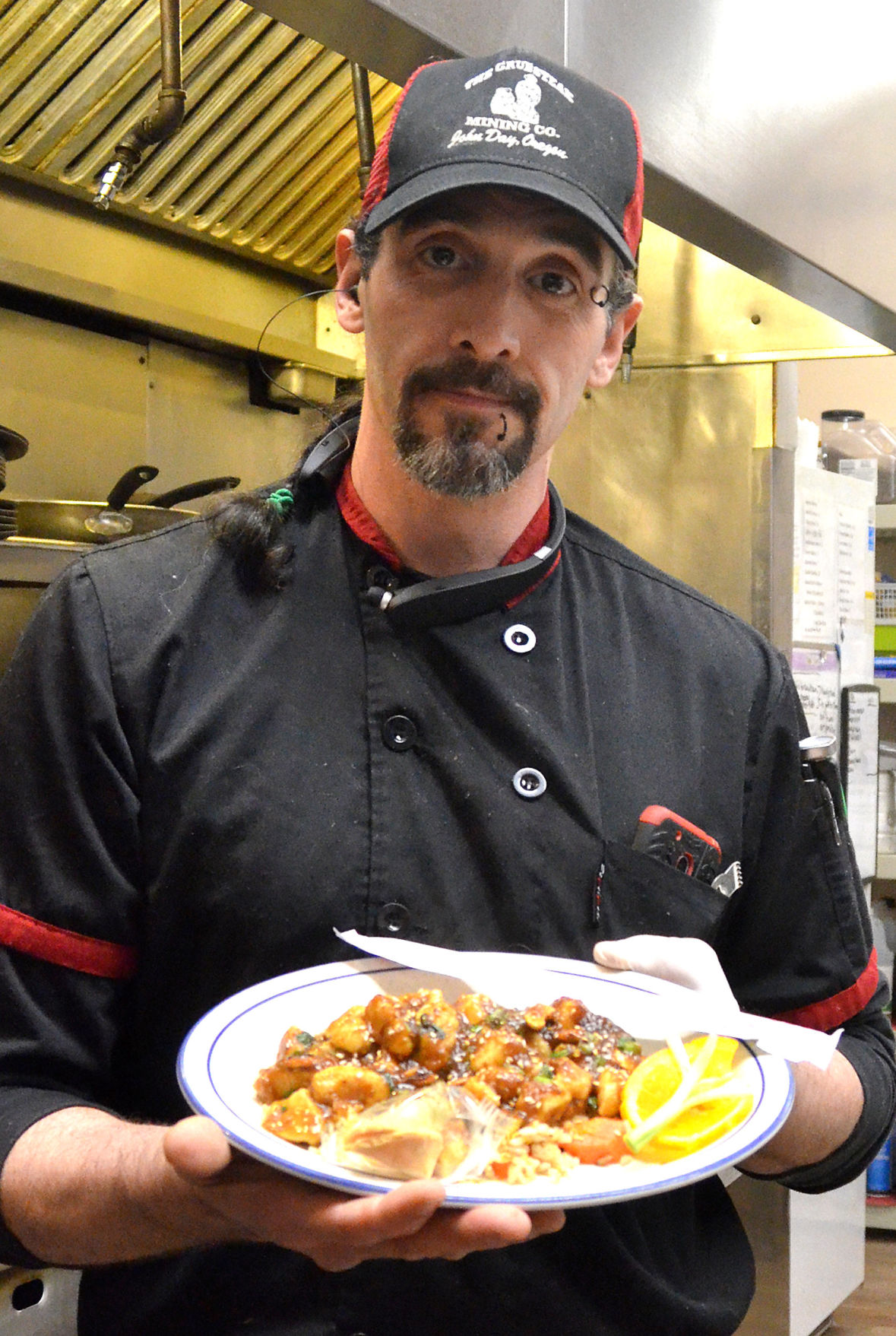 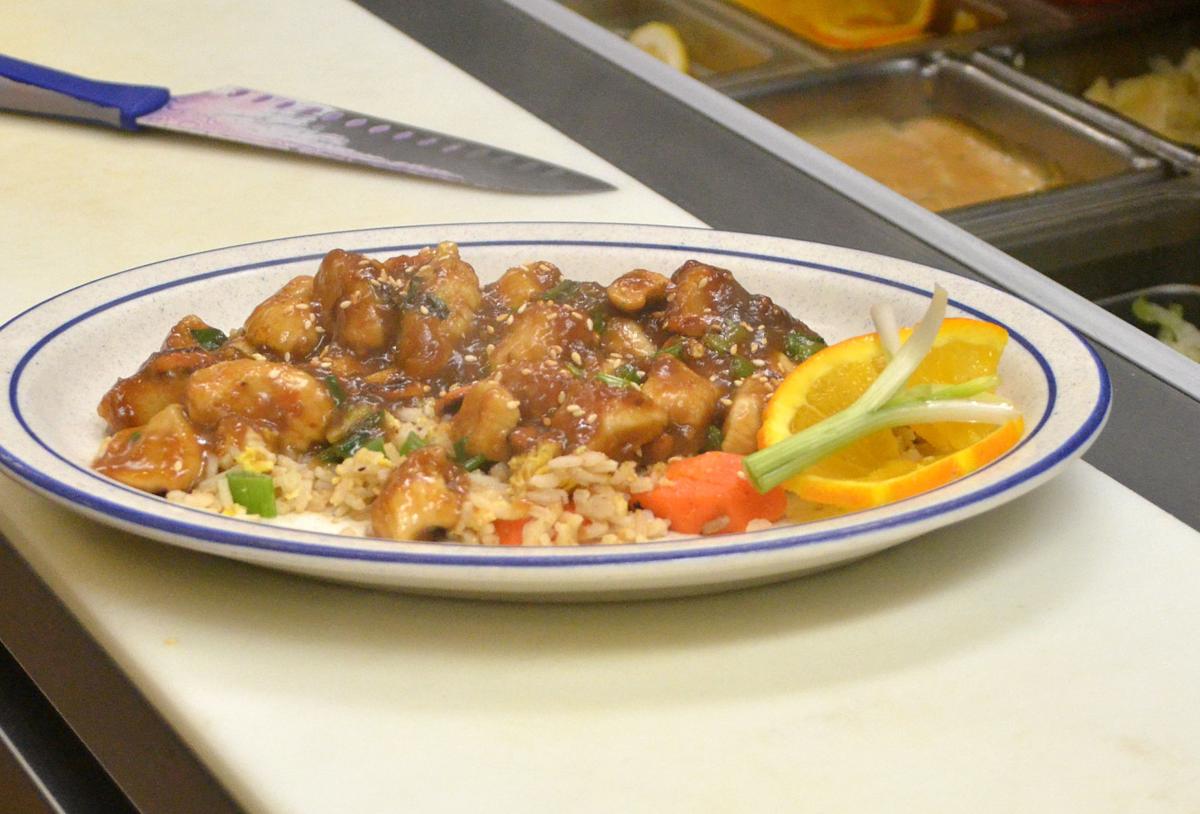 A Szechuan chicken dish made by chef Ren Kirkpatrick is ready at the Grubsteak Mining Company restaurant. Asian specials are offered on Thursdays for lunch and dinner.

Chef Ren Kirkpatrick prepares an Asian dinner at the Grubsteak Mining Company restaurant in John Day. Various Asian specials are featured at the restaurant on Thursdays.

A Szechuan chicken dish made by chef Ren Kirkpatrick is ready at the Grubsteak Mining Company restaurant. Asian specials are offered on Thursdays for lunch and dinner.

Grubsteak celebrates Grant County’s mining history by serving large burgers in gold pans with a steak knife in the center.

The newer Asian offering could be considered a nod to the area’s Chinese history as well.

Kirkpatrick has been in the culinary field for over 20 years, making his start in a Chinese restaurant in California as a younger man.

Regular specials at the Grubsteak include steak, shrimp scampi and sourdough bread bowls with salad.

Now, in addition to orange chicken, which has been a standard on the menu, Kirkpatrick is rotating in specials such as beef broccoli — a customer favorite — moo goo gai pan, Szechuan beef, Kung Pao chicken, Taiwanese stir fry and cashew chicken.

A soba noodle bowl is another offering, as well as Asian-themed soups, such as egg flour, hot and sour and Chinese corn.

He said using fresh noodles, rice, meat and vegetables is important to his cooking.

“It’s all made to order, so it’s not sitting around,” he said.

He can make the orders spicy or mild, and vegetarian and vegan options are also available, he said. He’s willing to prepare the Asian meals upon request on other days of the week, with a reservation.

Kirkpatrick said he noticed Asian food was a niche needed in the community, and when he pitched the idea to Grubsteak owner Carol Thompson, she was open to it.

Since he began offering the Asian specials a couple months ago, Kirkpatrick has seen an uptick in business.

“I’m having a blast, and people are coming in from all over, Long Creek, Monument, Burns and Seneca,” he said. “The people are awesome.”

He said he’s found the flexibility to offer something new refreshing, since he began working at the Grubsteak last summer.

“We have a pretty diverse menu,” he said. “I enjoy the opportunity to create — to showcase an idea that is not in the box.”

Biden: We cannot, will not let Americans go hungry