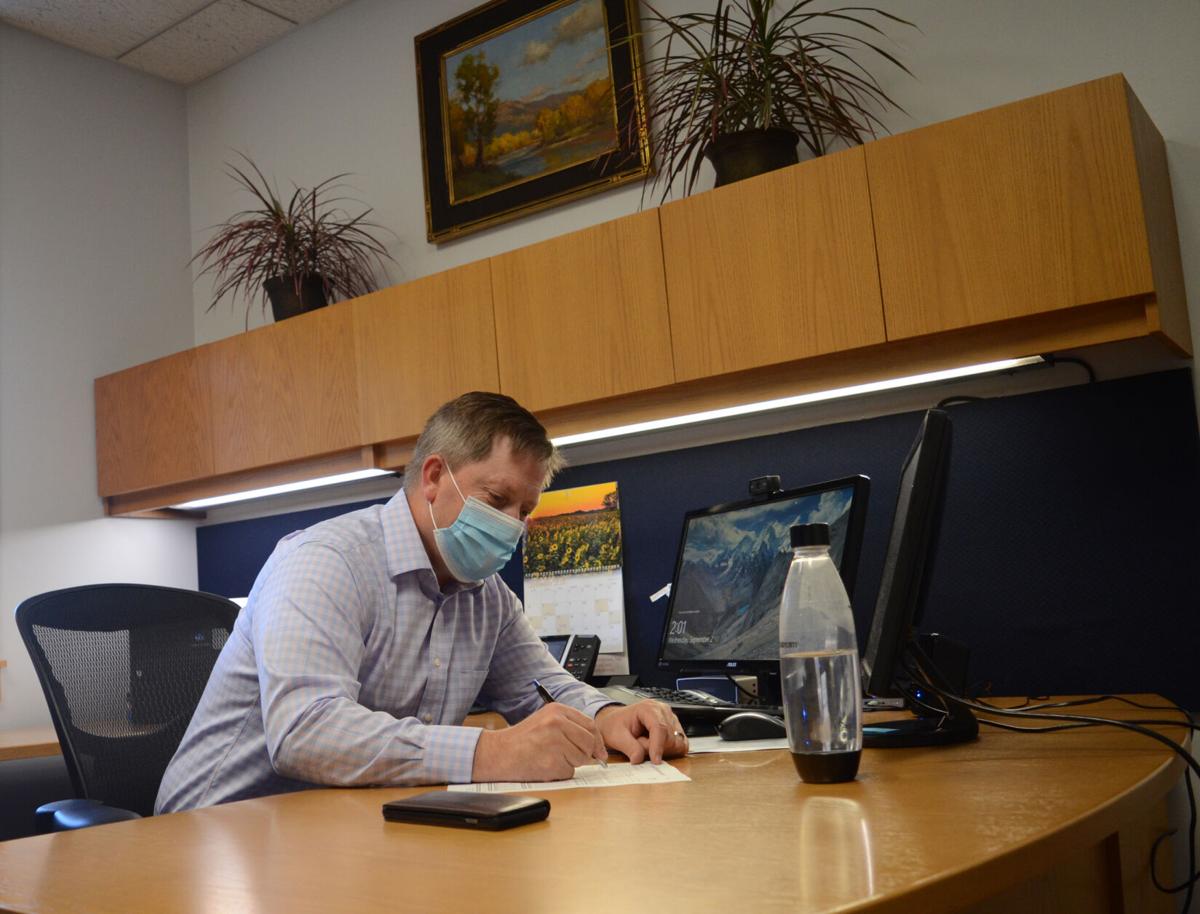 Blue Mountain Hospital District Chief Financial Officer Cam Marlowe said it was important to avoid laying anybody off, furloughing anybody or reducing wages or salaries when dealing with losses from COVID-19. 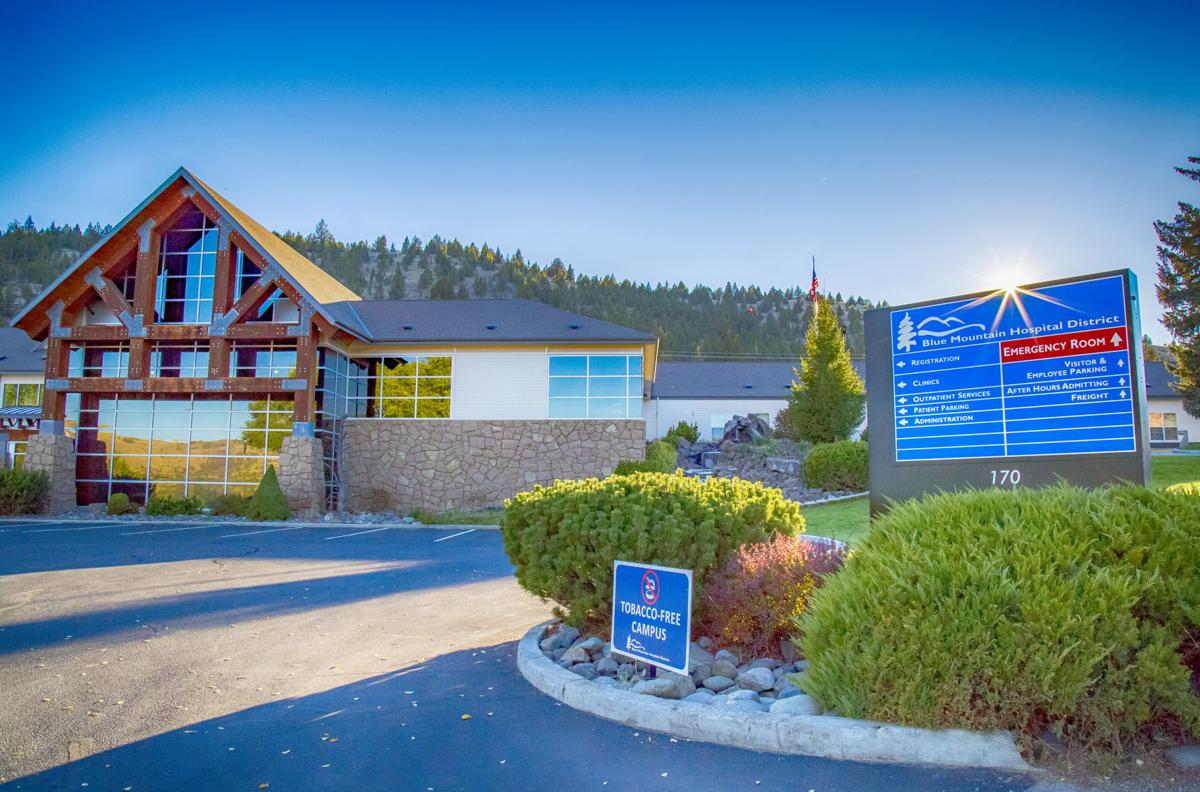 Blue Mountain Hospital District Chief Financial Officer Cam Marlowe said it was important to avoid laying anybody off, furloughing anybody or reducing wages or salaries when dealing with losses from COVID-19.

While COVID-19 has negatively affected Blue Mountain Hospital District financially since it’s initial impact in March, there have been resources and a possible recent increase in visits to help offset the damage.

He said hospitals receiving funds from a source have to consider if they are awarded a loan or grant, and if it’s a loan, how much of it is forgivable, if any.

The hospital works with cost report preparers, experts the hospital aligns with to file cost reports every year, and they indicated that the only grant funding the hospital can count as revenue so far is the CARES Act funds for $1.4 million. The hospital did receive $2.9 million from the PPP, but can’t consider it revenue yet because the hospital is not sure how much of the loan will be forgiven.

The $1.4 million will be money the hospital can keep and use for COVID-19 losses. Marlowe said the hospital has lost $2.1 million in gross revenue from March, April and May.

“In a three-month period, we lost $2.1 million,” Marlowe said. “We’re not out of the woods yet, but we’re doing the best that we can, and we are doing pretty good if you were to compare us to different hospitals. We’re trying to seek other grants, but nothing is near the size of what I mentioned. There might be other smaller grants that come our way, but they’re not substantial.”

Business Oregon tentatively awarded the hospital $1.6 million on Aug. 7 as part of the $50 million in grant money announced on June 5.

“When we submitted the application, we knew ahead of time that if they did award any money, it’s not accepted until there’s a contract that’s negotiated between the recipient and Business Oregon,” Marlowe said. “What we will do is review what that contract stated because we’re not convinced yet that we’re going to sign it. If the terms in it are very laborious things we have to do or if we don’t qualify for what they’re asking, then how can we sign the agreement.”

Marlowe said, even if Business Oregon awarded 20 hospitals money from the $50 million in grant funding, many hospitals aren’t aware of what’s in the contract and need to have a discussion with Business Oregon.

He said, while contracts between other hospitals and Business Oregon could have been negotiated, he was not aware of many hospitals accepting the money from the grant awarded on Aug. 7.

The CARES Act funds helped the hospital by partially offsetting the $2.1 million dollar loss, funding personal protective equipment and ensuring the decision the hospital made to not lay people off or cut salaries had any repercussions, according to Marlowe.

The decision to keep employees whole was a top priority and was a decision the board made prior to any knowledge of grants being awarded, he said.

“As a board and administration, we chose not to be on the liberal side of cutting costs because we knew that we did not want to lay anybody off, furlough anybody or reduce wages or salaries,” Marlowe said.

Having employees using paid time off for hours lost and discontinuing the purchases of capital items that had been approved by the board were two actions that relieved the impact on the employees, according to Marlowe.

Marlowe said the volume of work had gone down to half of what it was prior to COVID-19, so instead of having employees working their normal shifts, hours would be filled with accrued PTO.

“Our team members’ take-home pay was not affected because they replaced what would have been work hours with PTO hours,” Marlowe said. “Maybe their department was only half as busy as it usually was prior to COVID. That allowed team members to not have to work as many hours but still get paid their whole salary. There were no reductions in paid hours.”

Marlowe said there were employees that chose to not use their PTO at their discretion. Other employees also decided to seek unemployment benefits for the loss in hours.

Employees who did not have enough accrued PTO time had the option to have a negative PTO balance, which would have to be worked off.

The hospital has seen business pick up the last couple of months, but Marlowe said during the interview on Sept. 2, that while the data for August was not compiled yet, he heard from the clinic that business felt a little slower.

June and July at the hospital seemed promising because the volume of work was closer to what the hospital experienced prior to COVID-19, according to Marlowe.

“What we don’t know is if those volumes we saw those two months were a result of people not coming in during the heavy COVID months,” Marlowe said. “We’re planning as if we’re not out of the woods yet.”

"In a three-month period, we lost $2.1 million. We're not out of the woods yet, but we're doing the best that we can, and we are doing pretty good if you were to compare us to different hospitals."