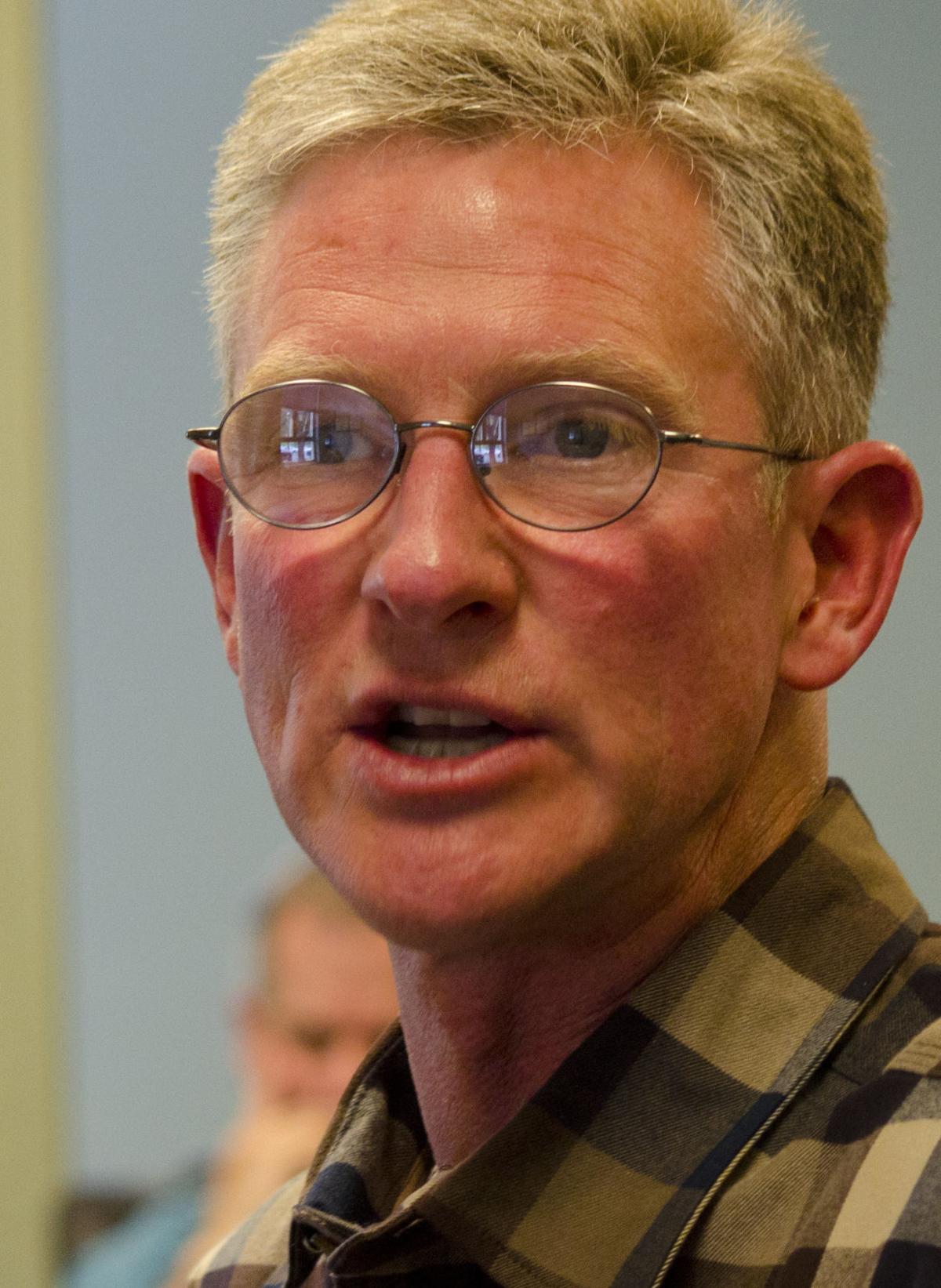 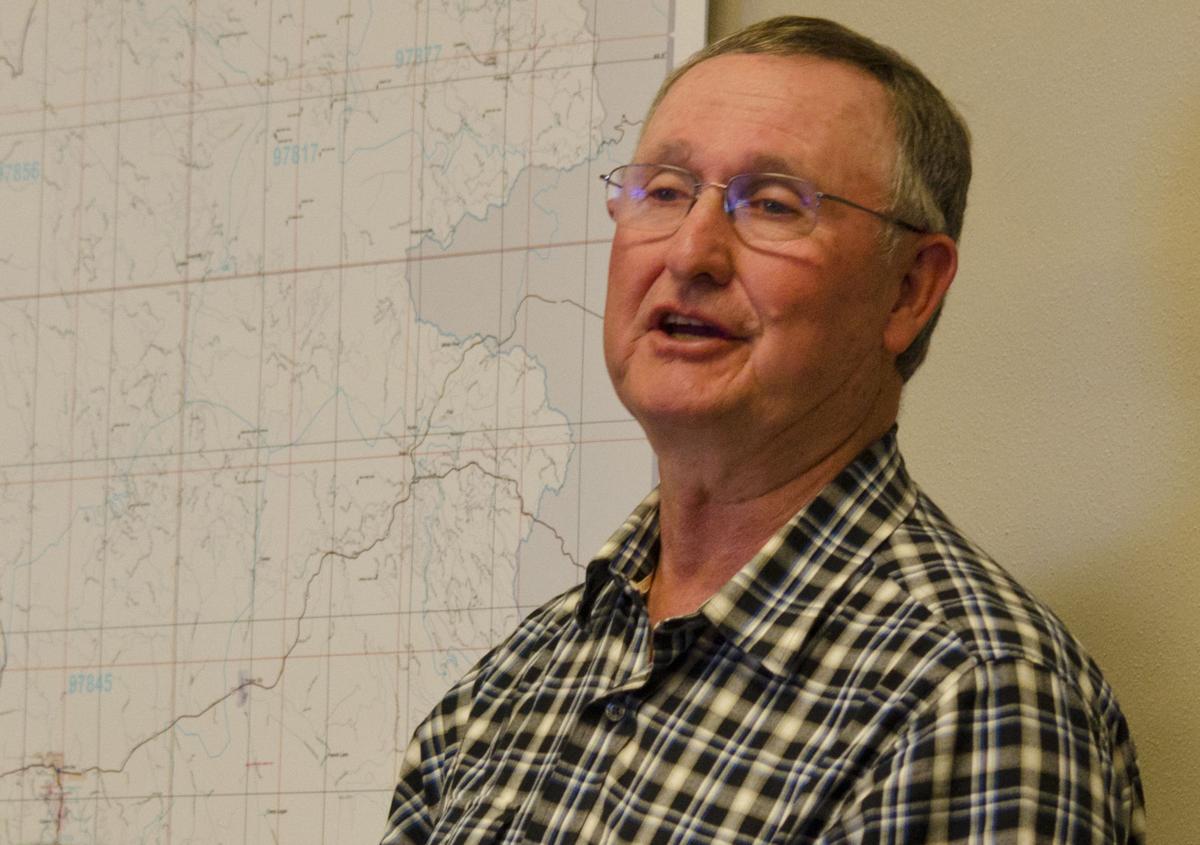 King Williams of Iron Triangle describes a new biomass processing plant to those in the Grant County Court during a Wednesday, April 26, meeting.

King Williams of Iron Triangle describes a new biomass processing plant to those in the Grant County Court during a Wednesday, April 26, meeting.

Two biomass processing facilities are expected to be up and running in Grant County this summer.

Utilizing low-value vegetation from the Malheur National Forest, the Iron Triangle plants in Seneca and John Day will initially produce posts, poles and chips and could move into torrefied products, if the market is available. Torrefaction is the process of baking biomass into a coal-like fuel that can be burned.

The market for torrefied material depends on the Portland General Electric power plant in Boardman converting from burning coal to torrefied material, according to King Williams of Iron Triangle. PGE planned to convert the plant to biomass or shut it down entirely by 2020.

“If they choose to start buying, undoubtedly, we will be in that market,” Williams said.

Neither of the facilities currently have torrefaction equipment, but Williams said if it was needed they would get it.

A state grant will aid the construction of the project in John Day. The county is passing state funds and liability to Iron Triangle through a series of intergovernmental agreements. Iron Triangle will provide a minimum of $1.75 million, and a state grant through Business Oregon will provide $811,800. Iron Triangle is required to provide at least 10 jobs for eight consecutive quarters and operate the facility for 10 years.

Williams said the 10 jobs were a minimum requirement, and there would likely be more. The John Day facility will chip and sort materials to be sent to the Seneca facility or elsewhere.

The Seneca facility will sort and chip material and produce poles, Williams said.

Iron Triangle will be creating the facility on part of the old Grant Western Lumber property in John Day.

The facility will process the debris closer to its source, reducing transport costs and creating jobs locally. This reduced cost will allow more work to be done in the forest, according to Scott Fairley, the Greater Eastern Oregon Region Coordinator for Business Oregon.

Based on demand, the facility can change to other products.

The project competed against eight others and was chosen alongside a water development project in the Umatilla Basin. The biomass project was chosen because it created local jobs using local resources and increased productivity from federal lands, Fairley said.

At the 13-acre Seneca facility, located in the industrial park, a set of scales was recently installed, certified by Forest Service and state, so federal timber can be brought in. More equipment, including doweling machines and a chop saw sorting system, will be delivered from Klamath Falls. Williams said the Seneca facility did not receive any state funding and is up and running. The John Day facility is expected to open this summer.

“Iron Triangle is not only trying to utilize low-value material but add jobs in the community as well,” Williams said.

Kinzinger: Trump is a loser and we will move on