The John Day City Council listens to a request from Stephanie LeQuieu, catalyst for Oregon RAIN, on March 9. 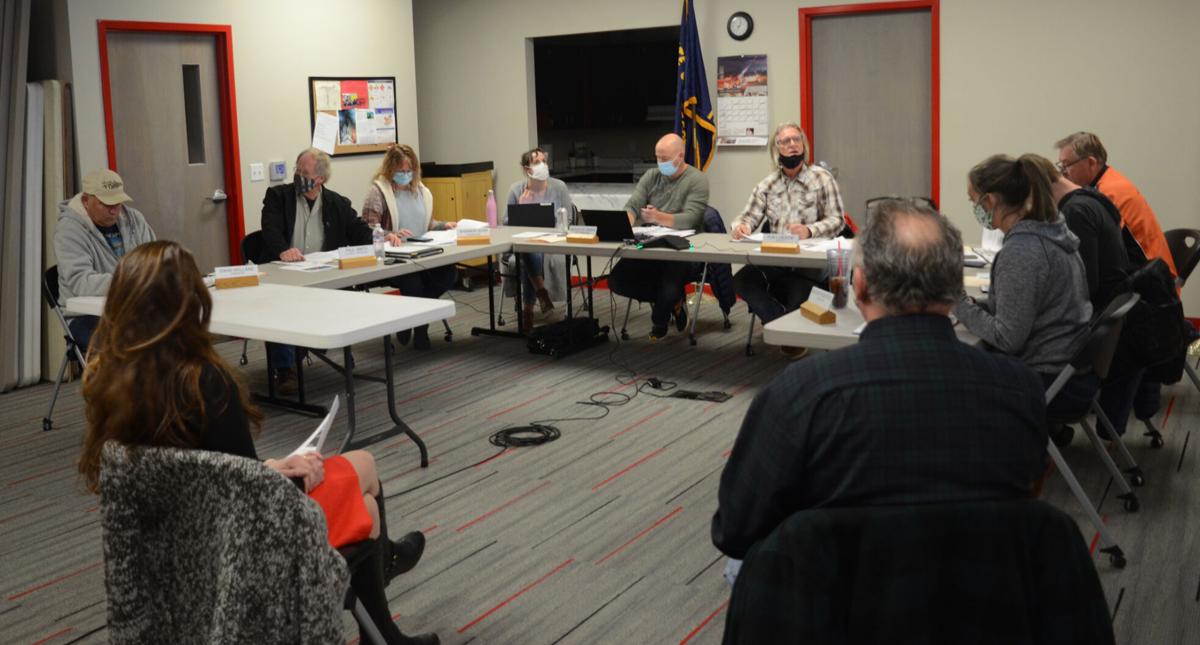 The John Day City Council listens to a request from Stephanie LeQuieu, catalyst for Oregon RAIN, on March 9.

John Day City Council members decided to continue the pursuit of holding a study session with the Grant County Court.

Council members shared their thoughts on the court meeting from Feb. 24 and the reception the county court gave City Manager Nick Green when he presented a proposal for a study session to discuss a partnership with the city and their urban renewal agency to help offset land development costs within John Day.

Under the city’s proposal to be further discussed during a work session, the county would pay to install roads up front, and the URA would repay the county with interest when new developments increase the taxes paid to the renewal agency, according to Green.

Council member Elliot Sky said he was disappointed in the reception because he felt that the plan was well presented, but the court did not seem to have much interest.

“I didn’t expect the county court to be jumping in with, ‘Yeah, we’re 100% in,’ but I also didn’t expect them be so opposed and adversarial right off the bat,” Sky said. “It seemed like they didn’t have much trust in the program or something because it didn’t sound like they wanted to pursue more information.”

Council member Paul Smith, who was at the court meeting with Councilor Shannon Adair and Green, said he was also disappointed in the reaction from the court.

“I feel like we’re looking for reasons to get to no rather than a path to get to yes,” Green said regarding a possible study session in the future. “We need to change that.”

Adair said she sent an email to the county court sometime after the court session and asked if the meeting would happen. She added that she did not expect to get a response, but wants to keep pushing and keep saying that action is needed.

Grant County Commissioner Jim Hamsher declined to answer questions on working with the city until the court received legal counsel on the matter.

Smith said a concern he heard from community members is that they don’t want to change John Day.

“We’re not asking to change; we’re asking to thrive,” Smith said. “If we increase the tax base and get people housing, there’s more employment. Then everybody benefits, and the tax base benefits.”

A concern that came up from some of the audience members at the county court session was on taxes being raised, according to Smith.

Green clarified that when he said taxes go up, it does not mean the rates will rise. It means that the tax base would go up because of the increase of people and investors in the area.

The John Day City Council also discussed the importance of other stakeholders and community members in John Day to reach out to the county and make their opinions known.

“I think it would be beneficial if we request the meeting again and not just from the city council, but from developers, the school district, the hospital and the county, and all of us are asking the county to participate (in a study session),” Adair said.

Sky said it is important that community members who want to see the work session happen voice their opinion to the court and show the interest goes beyond the city.

“My ask to the community is that, if you value the quality of life and you want to see this community thrive, reach out and make that known to the county court,” Sky said. “Write a letter or email. Voice your opinion so it doesn’t just sound like it’s the city of John Day, and it sounds like we as a community want it.”

"I feel like we're looking for reasons to get to no rather than a path to get to yes. We need to change that."

Why Biden made his Afghanistan announcement in this particular room