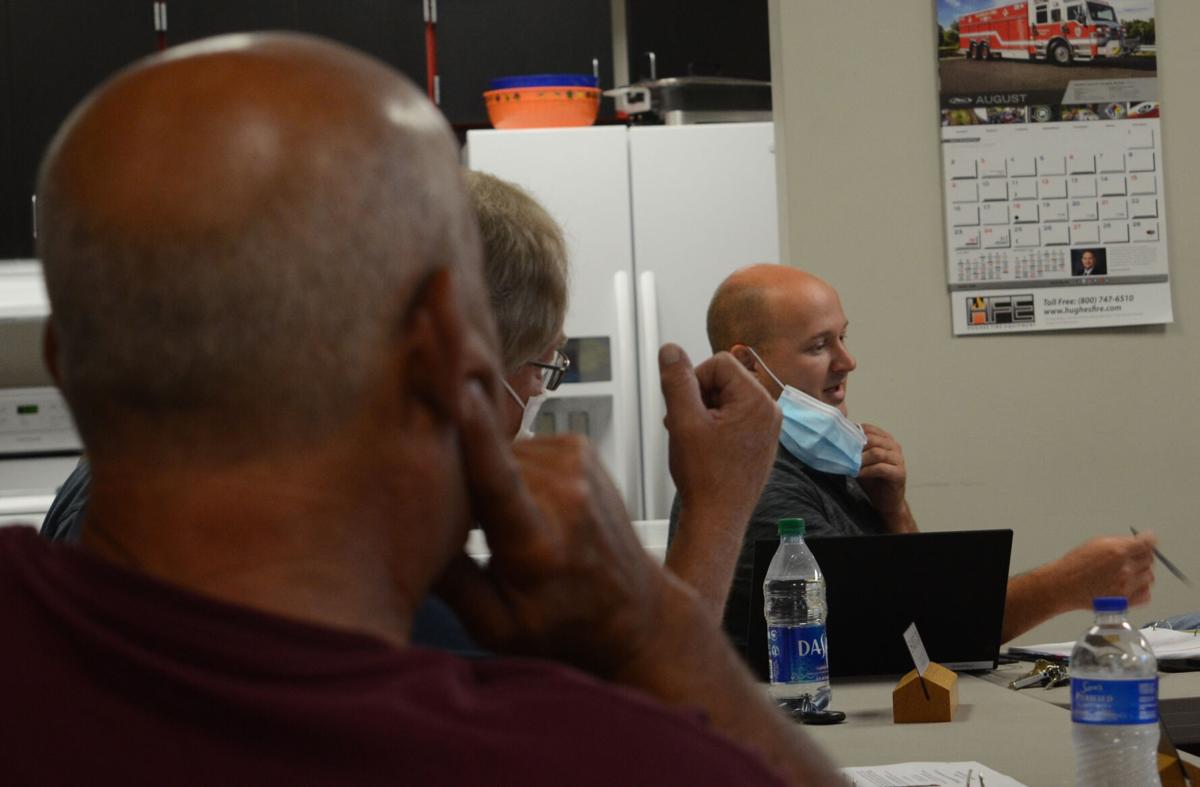 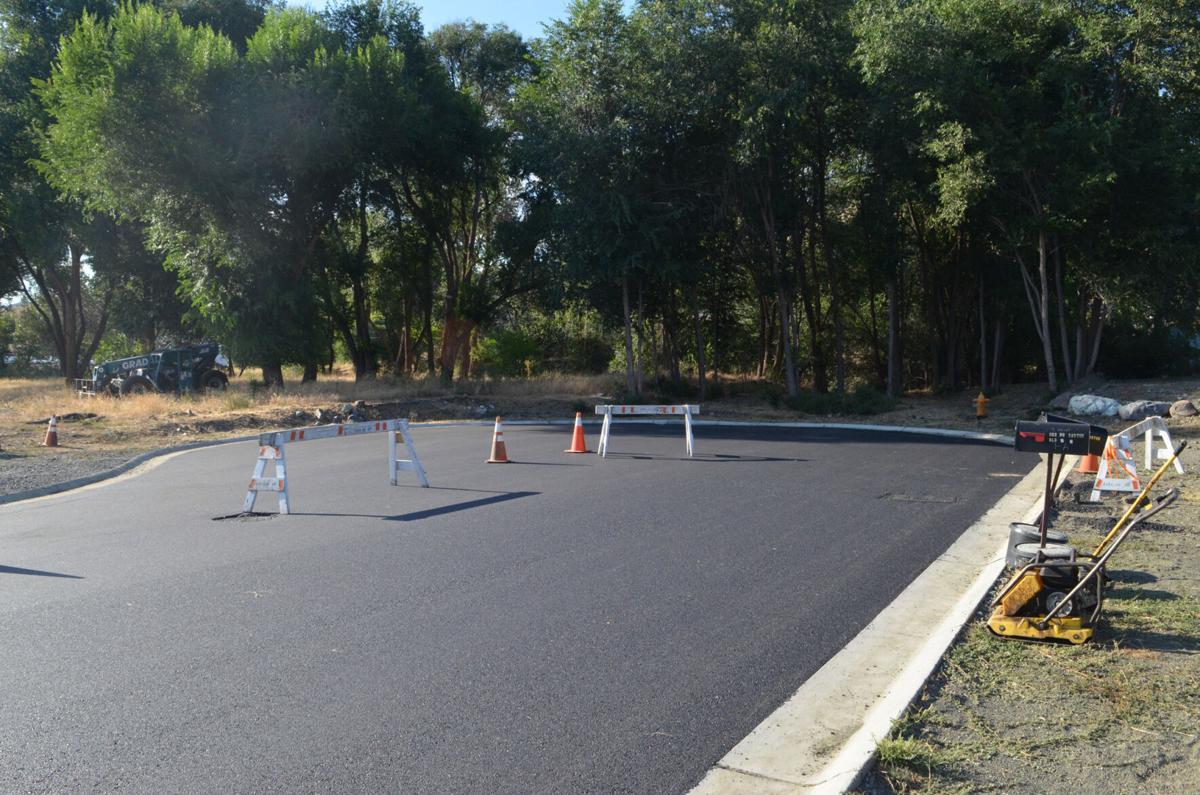 The first cul-de-sac in John Day on the northern end of Northwest Canton Street will be near parking for the new Hill Family Park, which will provide access to the John Day River.

The first cul-de-sac in John Day on the northern end of Northwest Canton Street will be near parking for the new Hill Family Park, which will provide access to the John Day River.

A lot of construction is planned for John Day in 2021.

Projects in John Day made progress during the pandemic-dominated year of 2020, such as the completion of the first cul-de-sac in John Day and City Hall improvements, but the planning will help many projects come to fruition.

Main street revitalization: Len’s Drug received its first reimbursement check for $69,315 from the Main Street Revitalization grant they received in 2019, Green said at a a Dec. 8 city council meeting. The reimbursement given was for progress made on the drug store’s renovation and expansion project. There are still $130,041 in grant funds remaining of the $200,000 grant award Len’s received. The Dec. 8 agenda states that the project is about 20% complete as of November.

“As you’ve seen, Len’s is actively at work, and we already processed their first reimbursement request and expect another one fairly quickly,” Green said.

Tyler Sheedy and his wife, Krista Qual, are in the process of refinancing the Weaver building on Main Street and paid $55,000 in additional payments on the loan for the building. Green said they’re planning to have the loan paid in a couple of months.

“That’s going to add to the city’s liquidity and create more opportunities for downtown and Main Street reinvestment next fiscal year,” Green said.

Brownfield redevelopment project: The planning commission approved the site design package for the brownfield redevelopment project on Nov. 18. This is the land the city purchased purchased last year from Iron Triangle located between the U.S. Forest Service office building and Valley View Assisted Living. This included the right of way between Patterson Bridge Road and Valley View Drive to create the new Government Entry Road and complete the Seventh Street Extension.

There are 12 lots on the 14-acres bought from Iron Triangle that are planned to be sold once they receive certification. The wetland delineation is pending approval by the Department of State Lands.

Strux Engineering conducted a structural evaluation of the shop on the Iron Triangle property purchased by the city. The shop was deemed structurally sound and could be occupied in its current state. The Jan. 12 agenda has a lease agreement listed for the shop under the consent item.

The city council on Dec. 8 discussed the possibility of leasing the shop temporarily while long-term plans are in the discussions.

EDA CARES Grant: The city submitted their final application for the EDA CARES Grant after revisions based on feedback from the EDA. The city requested $2 million. Green said on Jan. 7 they have not received a letter of further consideration yet but are expecting one any day.

“If this one is funded, it will get fiber to the homes in John Day and fund Grant County Coworks to get into a new space...” Green said. “It also upgrades the 911 center’s emergency communications equipment.”

Fourth Street repairs: Green said, after conferring with the city’s engineers, they felt like asking the Federal Emergency Management Agency to fund the soldier pile wall design since it would be better in the long term. It would be a structurally more stable solution, and it won’t be subject to erosion like the mechanically stabilized embankment design, according to Green. This would also keep the road to the airport open throughout the duration of the construction process.

FEMA is covering 75% of the cost and will weigh in on the options. John Day would have to cover the 25% match of the construction cost.

The council hopes Grant County will be able to cover some of the cost of the match since it is the main road used to access the Grant County Regional Airport and the industrial park.

Integrated park system: The parking improvements at the Seventh Street Complex park are complete with the exception of the fence installation around the parking perimeter. The planning commission approved the site design plan for the Hill Family Park and bridge on Nov. 18. John Day will proceed with right-of-way acquisition and the bridge order in 2021, and construction on the next phase will resume in spring with the project scheduled for completion by early to-mid summer.

They met with John Day staff, a local civic engineer and a surveyor to discuss the project. On Nov. 10, the survey team conducted the aerial Lidar (light detection and ranging) survey of the project site.

The staff is developing the data on flow rates for the future hotel, industrial and residential areas. The future projects will be included in the flow projection for sizing the new treatment plant along with Portland State University’s updated certified population estimate for 2020, which showed an addition of 15 new residents in the past year.

Janet Yellen on Covid relief: 'Smartest thing we can do is act big'

'He is actually worried': Collins reports on Trump pardon meeting

Don Lemon announces new book 'This is the Fire'