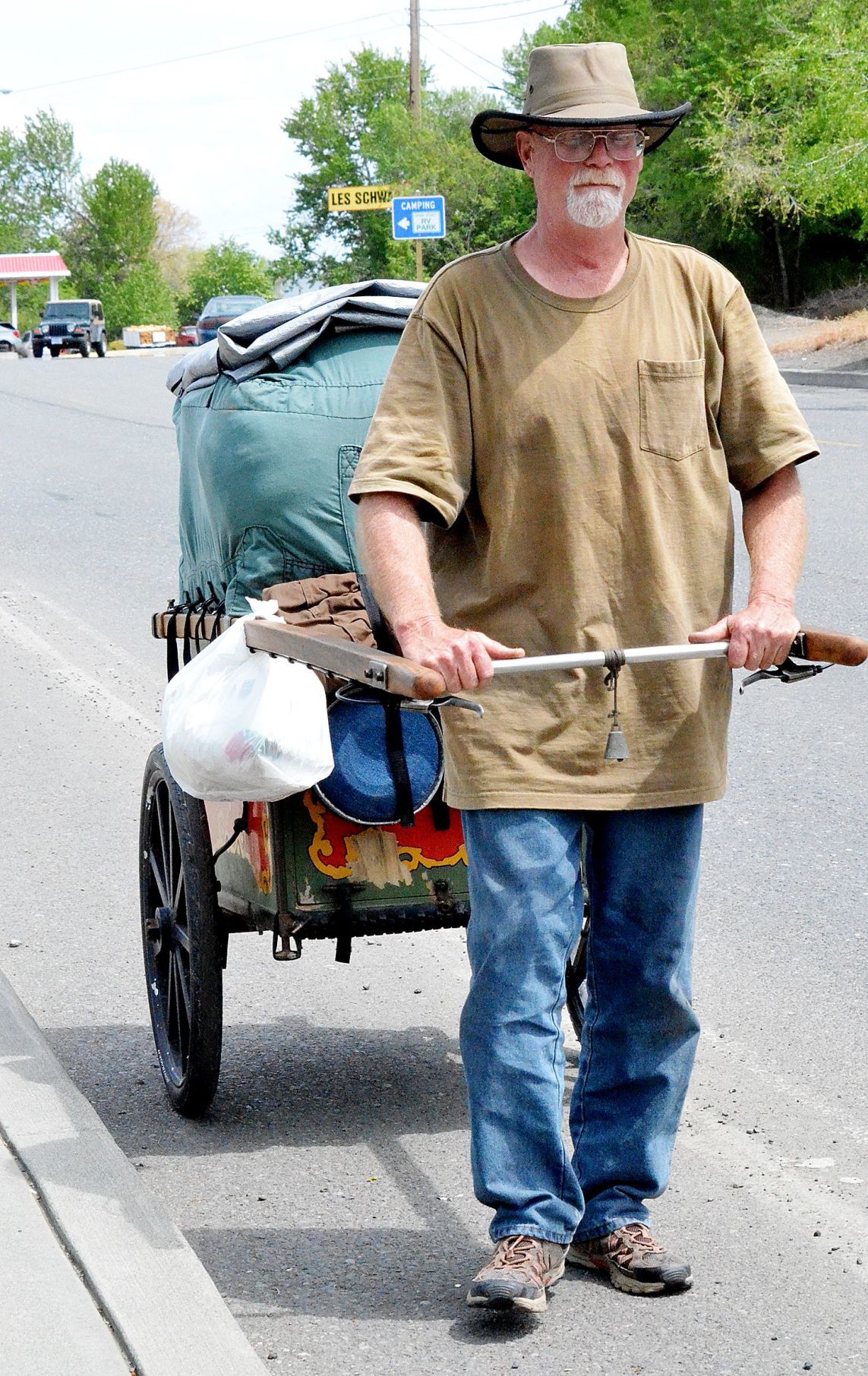 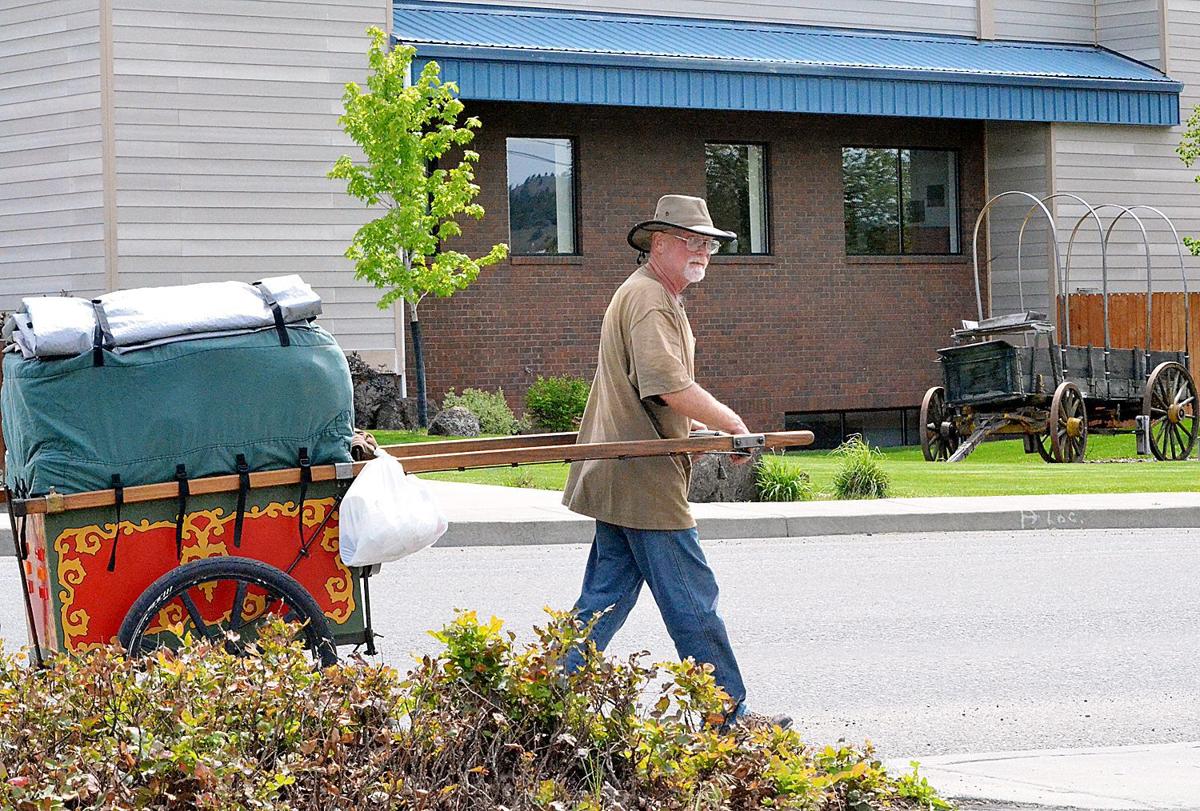 JOHN DAY – On foot for 41,000 miles since 1992, Marc Charlebois says the earth is his home – although he does claim North Dakota as his native state.

Charlebois raised the curiosity of several local passers-by as he came through Prairie City and John Day May 14 and 15.

He’s not walking for any particular cause – he said his back gives him trouble, and walking relieves it.

Unity was his home for the past eight months, but now he’s back on the road, all of his belongings in an eye-catching rickshaw-style trailer, with no set destination in mind.

He does look for opportunities to paint. He said he’s both a sign painter and an artist, painting in a realist style.

Three oil paintings of his hang at the Copperhorse Art Gallery in Prairie City, including a chair with cherries, an old shed and a vintage red truck in front of a red house in front of the Redwoods.

Charlebois says he “depends on the kindness of strangers” in his travels, and stops for occasional jobs.

In his journeys through 22 states he says he’s met many people, both friendly and unkind.

He complains that he’s been contacted by police 219 times, and said it feels as if “it’s against the law to be seen in America.”

“You’ve got to look on the bright side,” he said. “Things can only get worse, and if I’m wrong, hey, that’s good.”