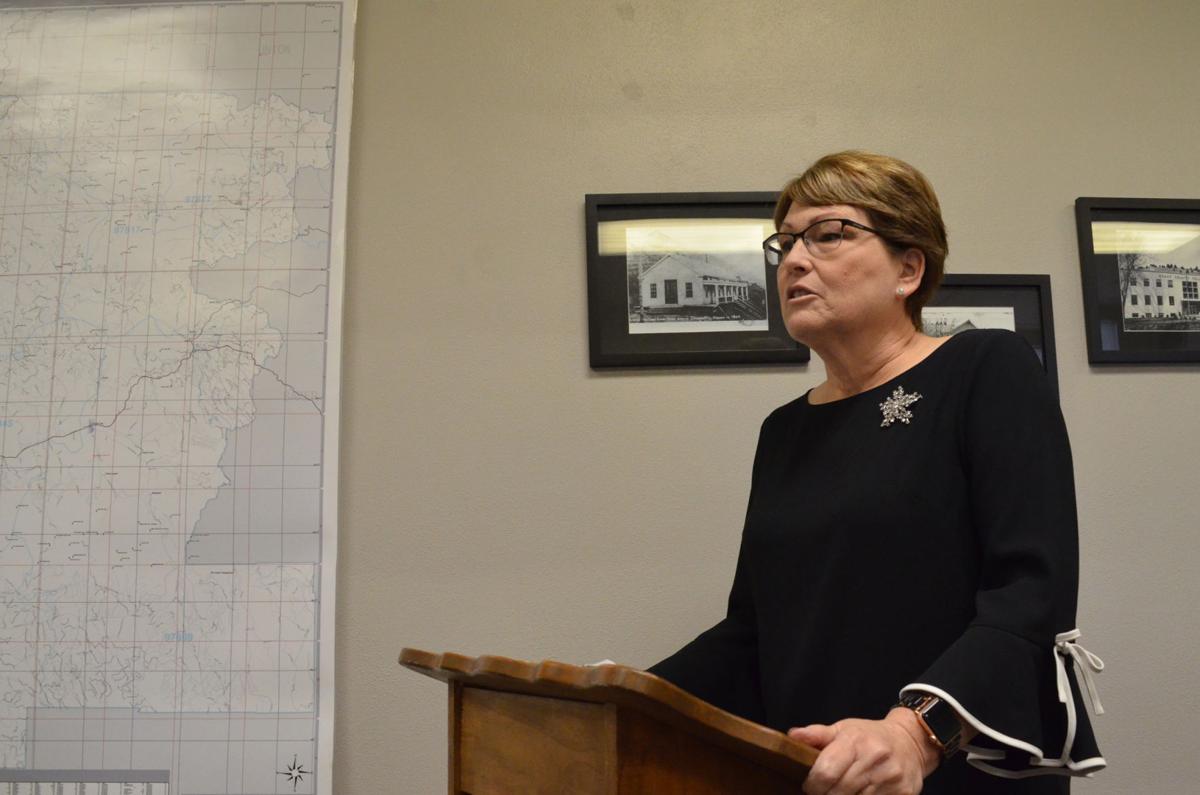 Justice of the Peace Kathy Stinnett requested the Grant County Court increase the hours for the court clerk Dec. 18. 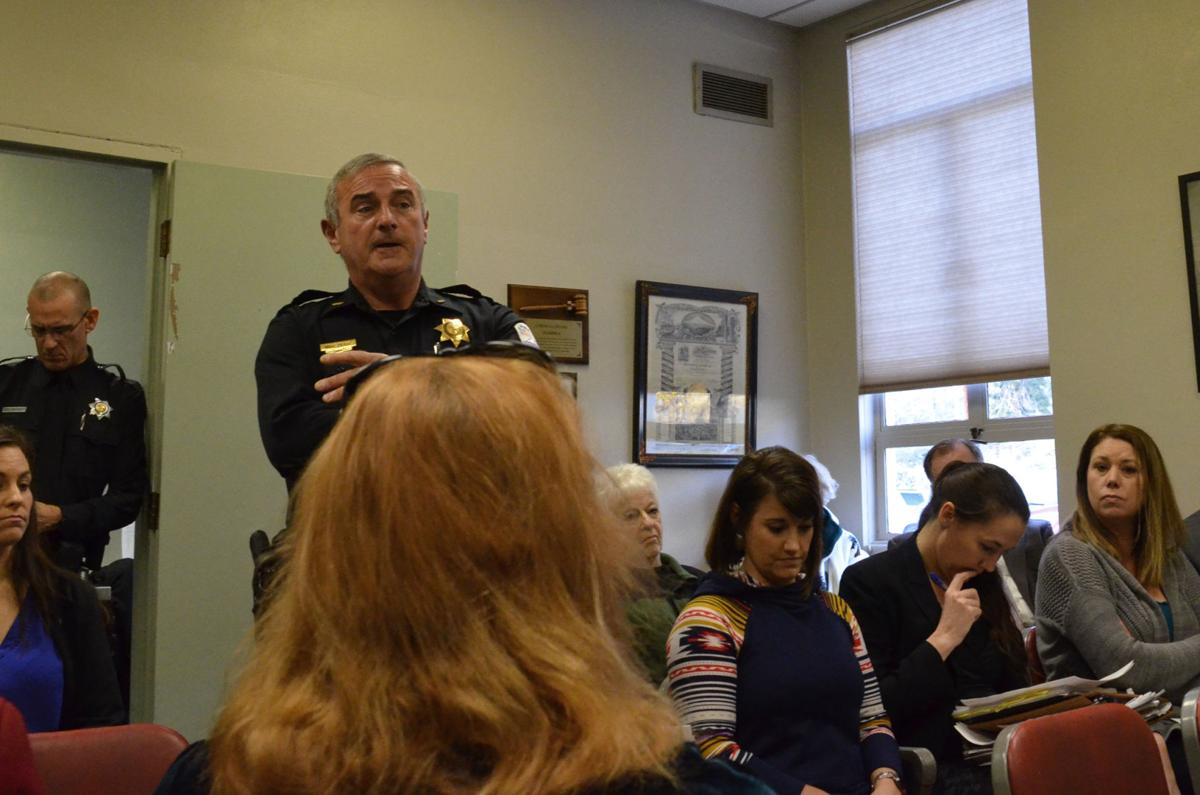 Justice of the Peace Kathy Stinnett requested the Grant County Court increase the hours for the court clerk Dec. 18.

One item on the agenda for the Grant County Court meeting had nearly every seat filled in the room.

Justice of the Peace Kathy Stinnett talked to the county court on Dec. 18 to increase the hours for the Justice Court clerk from 32 to 40 hours to address the rise in new cases filed per year. Over the last 11 years, the amount of new cases have been on the rise with 854 cases filed in 2009 and 1,404 cases filed for 2019 as of Dec. 17.

Stinnett said, if additional help is not provided in the office, services will be cut back. Traffic violations could become a lower priority, she said.

“It would be up to the district attorney to decide whether the case can be filed in circuit court or not,” said Stinnett. “I would simply have to make a request for him to please not file cases in my court. That’s not a threat; that’s a reality.”

The Justice Court also handles cases that are based on small claims, landlord and tenant issues, traffic, probable cause affidavits and search warrants and some misdemeanors such as criminal trespass and certain cases of second- and third-degree theft. Another problem that would arise from cutbacks would be cases taking longer to address.

“With Circuit Court judge time split between Grant and Harney Counties, these cases would not get on the docket as quickly as they do in Justice Court,” said W.D. Cramer, the Circuit Court Judge, in a support letter given to the court. “Moreover, the litigants would not get to see a ‘judge’ as often as those cases would be directed to the alternative dispute procedures such as mediation. All of these things require staff to process. Without good support, I know Justice Stinnett cannot continue to maintain her current caseload.”

“Collections is a whole other beast in itself,” said Trista Collins, the Justice Court clerk. “The process for our office to get cases to collections requires so many letters sent to each person in a timely manner. We have to get court dates set, talk to attorney offices, talk to the District Attorney’s office, and then pull out drawers and drawers of old cases that I have to get all those letters sent to before they get sent to a collection agency.”

Collins said, if a person has 15 fines, a general letter covering every fine cannot be sent. Each fine must have its own docket number and its own letter before it’s sent to collections. There is so much work involved that Collins worked 27 hours of compensation time in the last pay period, she said.

“Without proper consequences, shoplifting will continue to escalate as they will feel they can get by with it,” said Marla Armstrong, president of Len’s Drug. “We spend a lot of time following people because we need to catch them because they continually steal and if we cannot catch and have them prosecuted for theft, we have no reason to follow but will have to raise prices to cover the theft that occurs.”

The county court approved an increase in time for the court clerk from 32 to 40 hours per week and for the assistant clerk from 19 to 20 hours. There are future plans to continue discussions between the Justice Court and county court on improving the situation.

Watch the best 3 minutes from 8 hours of Dems' arguments