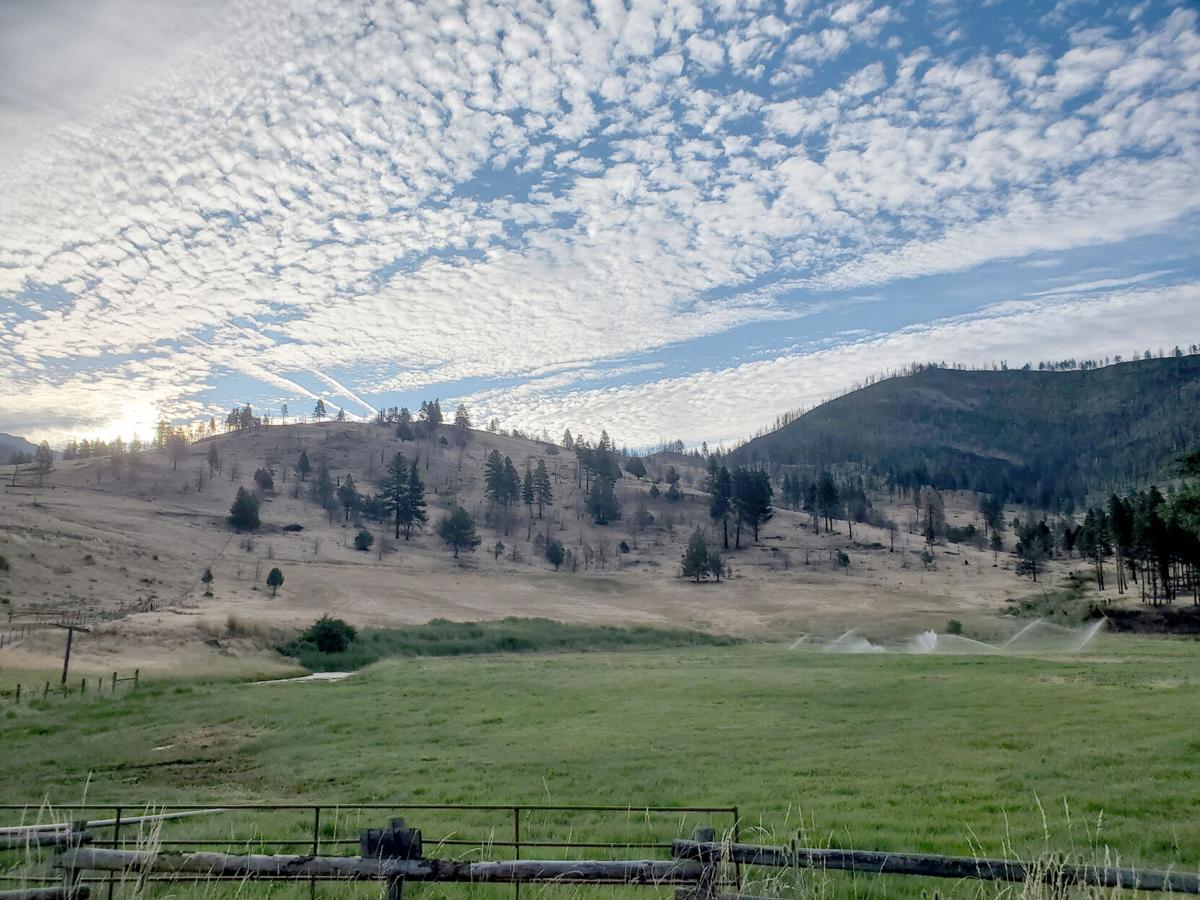 Gordon Larson’s Berry Creek Ranch is green again after he prevailed in a contested water rights hearing and was able to irrigate this summer after two years without being able to use the water. 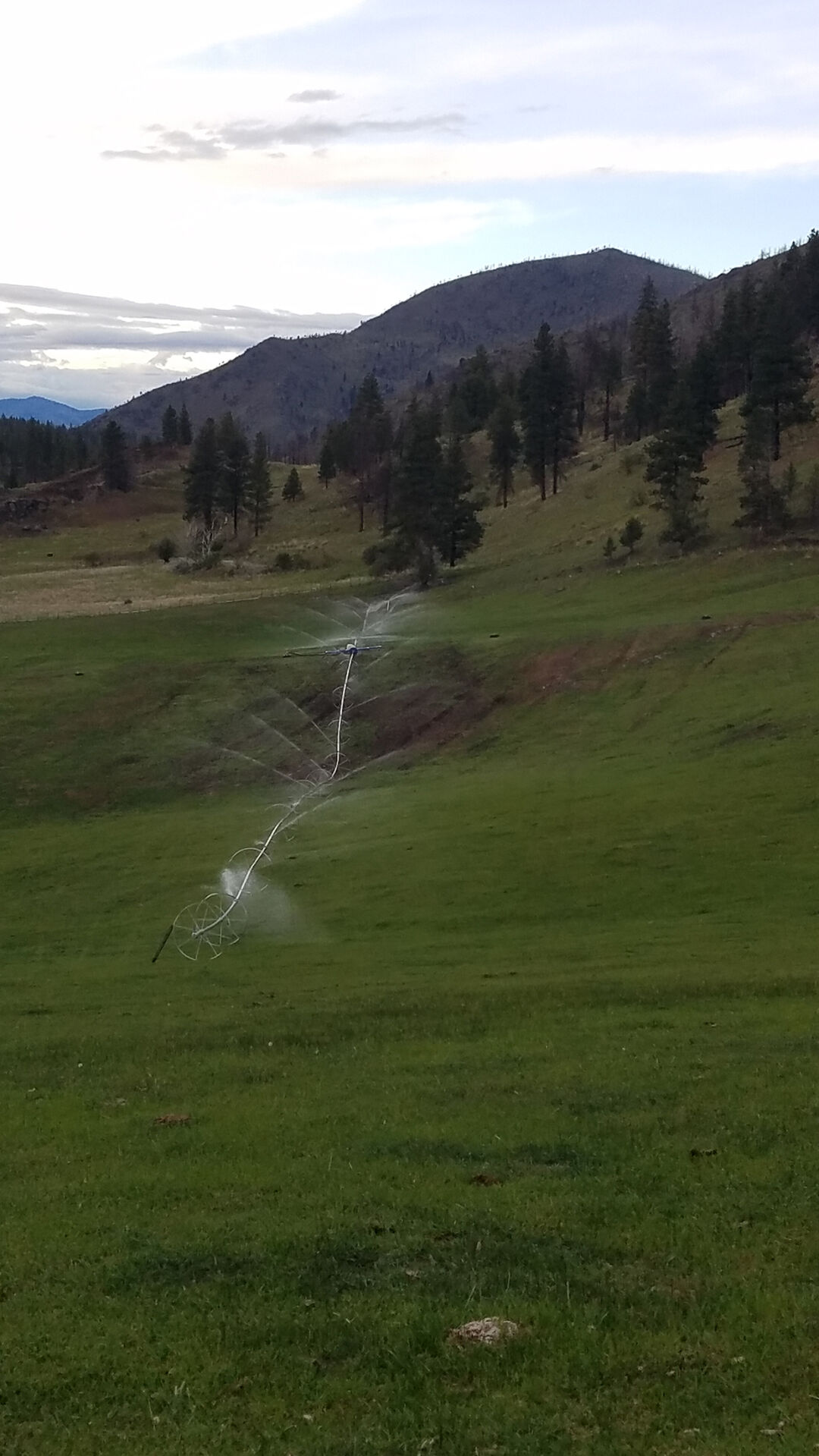 Gordon Larson irrigates on the Berry Creek Ranch after he prevailed in a contested water right hearing and was allowed to use his water rights again this summer. 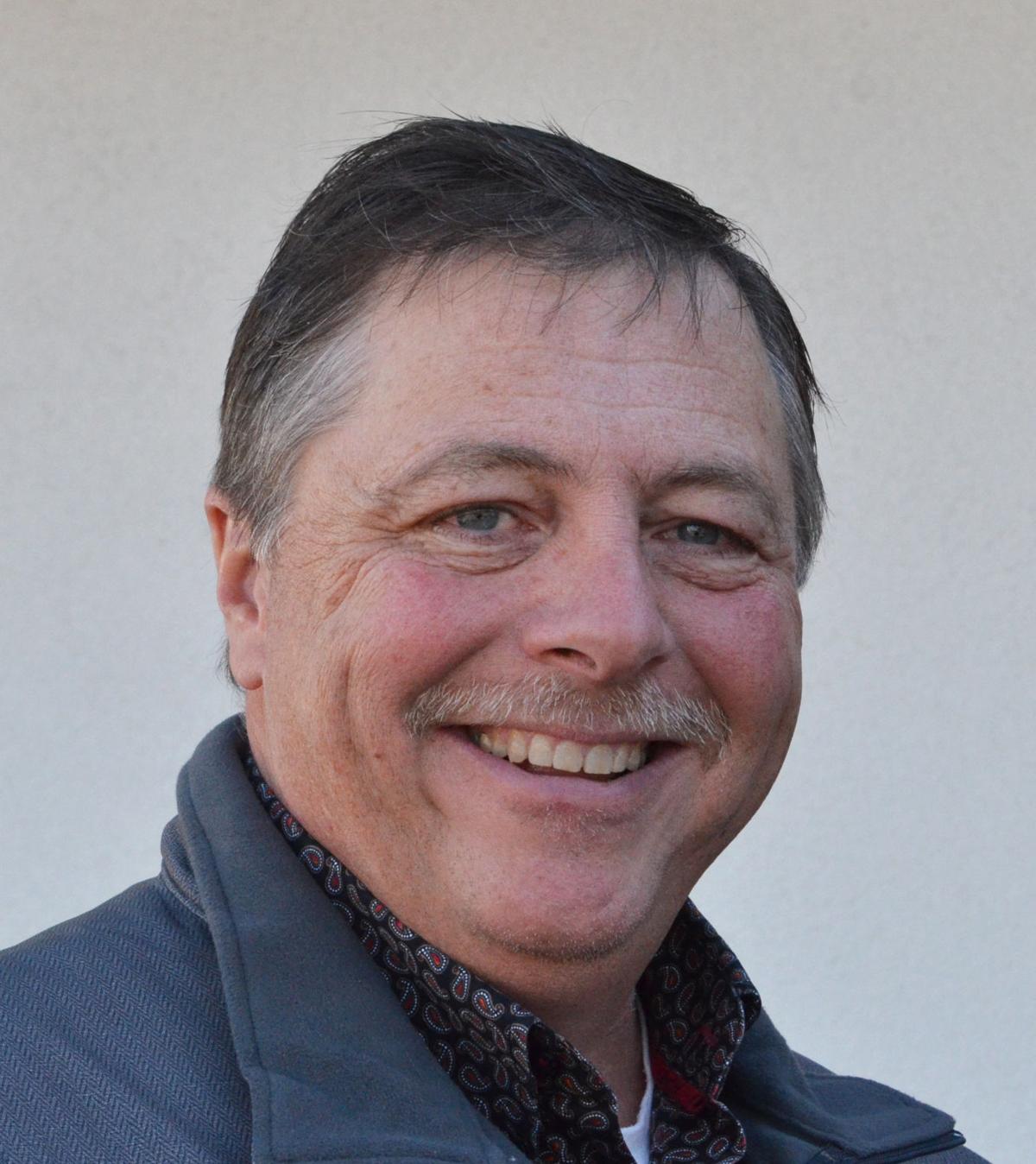 Gordon Larson’s Berry Creek Ranch is green again after he prevailed in a contested water rights hearing and was able to irrigate this summer after two years without being able to use the water.

Gordon Larson irrigates on the Berry Creek Ranch after he prevailed in a contested water right hearing and was allowed to use his water rights again this summer.

Gordon Larson will retain all portions of his water rights on the Berry Creek Ranch south of Canyon City after two people who claimed he did not use the water failed to provide any evidence at an administrative hearing.

Larson said this and other false claims against him were politically motivated to upend his bid for Grant County commissioner in 2018.

“They were trying to send a clear message that they were willing to go to any lengths to damage a political opponent,” Larson said. “This was a better community than that, I thought, and in many ways, I feel so betrayed by the people who let it happen. It was an open and unveiled attack against my family and I.”

Grant County residents Jim Sproul, who died in July, and Dave Traylor each signed affidavits in 2018 attesting that Larson failed to put all or a portion of three separate water rights from Canyon Creek to beneficial use for a period of at least five consecutive years from 2011 to 2018, which would legally forfeit the water rights.

However, Administrative Law Judge D. McGorrin ruled in April that Sproul and Traylor did not prove by a preponderance of the evidence that Larson did not use his water rights for five consecutive years.

“Neither Mr. Sproul nor Mr. Traylor testified at the hearing,” McGorrin wrote in his proposed order. “They offered no evidence other than their July 2018 affidavits and August supplemental submissions to the (Oregon Water Resources Department).”

McGorrin concluded Sproul and Traylor’s affidavits lacked basic detail, did not identify a continuous five-year period, did not indicate when they first started making observations and did not explain how they were able to make observations of the water usage on private land or where they were when they made the observations.

“Mr. Larson, however, testified persuasively that he used water as permitted by all three water right certificates for beneficial use during the period at issue, except during the aftermath of the Canyon Creek fires,” McGorrin said. “(The Larsons) offered evidence corroborating Mr. Larson’s testimony, including affidavits of neighbors and photographs. (Sproul and Traylor) offered no testimony or exhibits to counter (the Larsons’) evidence.”

Traylor said his involvement began when he approached the Grant County watermaster after hearing Larson and the watermaster had a dispute. He said the watermaster told him, “You don’t want to talk to me. Call the state water department.”

Traylor said, when he called the state office, they asked if he knew anything. Traylor said he told them, “not beyond what I’ve seen driving on the highway.” He said they asked him if he would sign a statement to that effect, so he sent in the affidavit.

“We thought if anything was going to happen, it would be Water Resources bringing the case against Gordon (Larson), and we would just be witnesses,” he said. “... All I did was cooperate with Water Resources when they asked me if I would sign a statement with what I knew.”

Larson, who was campaigning for Grant County commissioner when the affidavits were filed, said it was a politically motivated attack by special deputies from the Grant County Sheriff’s Office and members of the Oregon Water Resources Department.

Traylor said he had not been a special deputy for years and only had that status while a member of the Sheriff’s Posse or Search and Rescue, though he said he helped create a natural resources plan in 2015 and could not remember if he was deputized for that.

A letter submitted to the Department of Public Safety Standards and Training by Sheriff Glenn Palmer’s attorney in response to a complaint from Larson states that Traylor was deputized in 2015 to help with a natural resources plan and resigned in 2016. The document states Sproul was deputized in 2014 to help with the resources plan and resigned on July 25, 2016. The December 2019 letter states the special deputy program “has not been in existence since 2016,” but Palmer has deputized County Commissioners Sam Palmer and Jim Hamsher after the letter was written.

Larson said Sproul and Traylor also made false allegations he improperly removed trees from the wilderness bordering his ranch and that he failed to obtain the proper permits before implementing a water project.

“The common denominator amongst all those special deputies was Sheriff Palmer,” Larson said. “...I’ve never seen an attack of this nature levied at a family.”

“The results of the (Department of Justice) and subsequent inquiry through DPSST speaks for themselves,” Palmer said. “I do not have an interest nor do I wish to comment. Nor do I have the time to do so.”

Oregon Water Resources Department Public Information Officer Racquel Rancier said the department employees followed protocol and only provided information to the public as they would do in any case.

“The department has followed its processes and believes that it is unfortunate that there is a perception that the department is any less than a neutral party in these matters,” she said.

During the 2018 election cycle, Sproul and Traylor also claimed that trees in the Strawberry Mountain Wilderness adjacent to Larson’s property were illegally salvaged after the Canyon Creek Complex fires in 2015.

Traylor said downed trees are still visible in the wilderness along neighboring properties, describing it as “a sweetheart deal for Gordon Larson and no one else.”

The Eagle submitted a Freedom of Information Act request to the Forest Service on Oct. 11, 2018, seeking the investigative report and any complaints or correspondence about the allegation. The Forest Service regional office in Portland provided the documents well after the election on June 3, 2019.

The documents include a memo signed June 1, 2016, by Steve Beverlin, the Malheur National Forest supervisor at the time, stating that imminent hazard trees along private property boundaries were to be felled to a distance of 1.5 tree lengths from the property line by forest workers and that trees “felled onto private property for safety reasons will be left and be the responsibility of the land owner.”

The documents also included the daily logs of a Forest Service law enforcement officer who investigated the incident and photographed the scene who determined the Forest Service fell the trees.

“Forest Service law enforcement and other individuals investigated the site and no trees were improperly removed,” Beverlin said. “The issue was originally brought forth by Jim Sproul to Sheriff Glenn Palmer in an attempt to influence the November Grant County commissioner election.”

Complaints were also made that Larson failed to obtain the proper permits for an irrigation improvement project on his ranch.

The project to move points of diversion on Berry Creek and Canyon Creek was intended to provide a more efficient and effective water delivery system while improving fish passage and habitat, which was supported by the Confederated Tribes of Warm Springs and the Oregon Department of Fish and Wildlife.

Grant Soil and Water Conservation District Board Chair Patrick Voigt said in an April 13, 2018, statement that the district provided lead project management and construction supervision through the implementation of the project’s infrastructure in 2016 and 2017.

“The district has also been responsible for obtaining the applicable permits and clearances necessary to authorize the project’s construction and resulting operation,” Voigt said. “Permits governing the installation of the project’s infrastructure were issued prior to the start of construction work in 2016.”

Voigt said the district also submitted a water right transfer application in 2017 that was anticipated to be issued.

In a June 6, 2018, letter to conservation district manager Jason Kehrberg, Oregon Water Resources Director Thomas Byler points out that it was the district that authorized project construction before obtaining the water right transfer permits.

“I strongly encourage you to obtain all necessary permits and approvals before implementing project construction,” Byler said to Kehrberg. “Carrying out construction before permits or other approvals are obtained creates unnecessary risk for participating landowners, funders and the district. ... In the future, please work with out local watermaster and other department staff to complete the needed water right processes and reviews before constructing the project.”

"They were trying to send a clear message that they were willing to go to any lengths to damage a political opponent. This was a better community than that, I thought, and in many ways, I feel so betrayed by the people who let it happen. It was an open and unveiled attack against my family and I."

LeBron James re-signs with the LA Lakers for two years

What we can learn from Covid-19 for the climate crisis