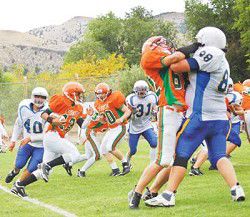 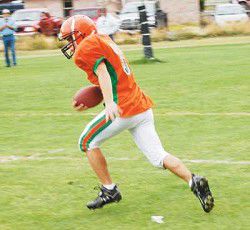 SALEM - Some eastside property owners could lose their landowner preference tags (LOP) for antlered deer and elk if the Oregon Fish and Wildlife Commission approves a proposed rule change next week.

The commission is reviewing the LOP program because of the impending expiration of a law enacted by the 1995 Legislature, which affected aspects of the tag program. The LOP program, which began in 1982, makes owners of certain sized tracts of land eligible for tags for hunting antlered deer and elk on their own property.

The state agency created a Landowner Preference Review Committee to make recommendations, which will be discussed by the full commission in its meeting at 8 a.m. Friday, Oct. 10, in Salem. If adopted, the change would go into effect in 2009.

Among the staff recommendations is increasing the minimum acreage - from the current 160 to 640 - for a landowner to qualify for the tags in Eastern Oregon.

The options ranged from keeping the current minimum acreage; raising it to 320, 480, or 640; or adding a new category in which Eastern Oregon owners of 160 to 640 acres would be eligible for one tag for antlered deer and one for antlered elk.

The staff-recommended alternative - 640 acres - would affect about 1,950 landowners in Eastern Oregon.

Committee members cited several reasons for supporting the change. One aim was to discourage the "splitting" of larger properties into 160-acre parcels, a strategy that could mean more tags for related owners.

The report to the commission also states that many 160-acre properties don't regularly support deer or elk, and some individuals in this situation use their tags to hunt illegally in other areas.

Antlerless tags would still be available to respond to damage by elk and deer, officials said.

The commission will consider a recommendation to increase the numbers of tags available to landowners with 20,000 acres or more. Because of the size of such tracts, they tend to provide more support for elk and deer herds than the small acreages.

'This is like my new job': Inside the struggle to get a Covid-19 vaccine

Pences share a laugh with Vice President Harris and her husband