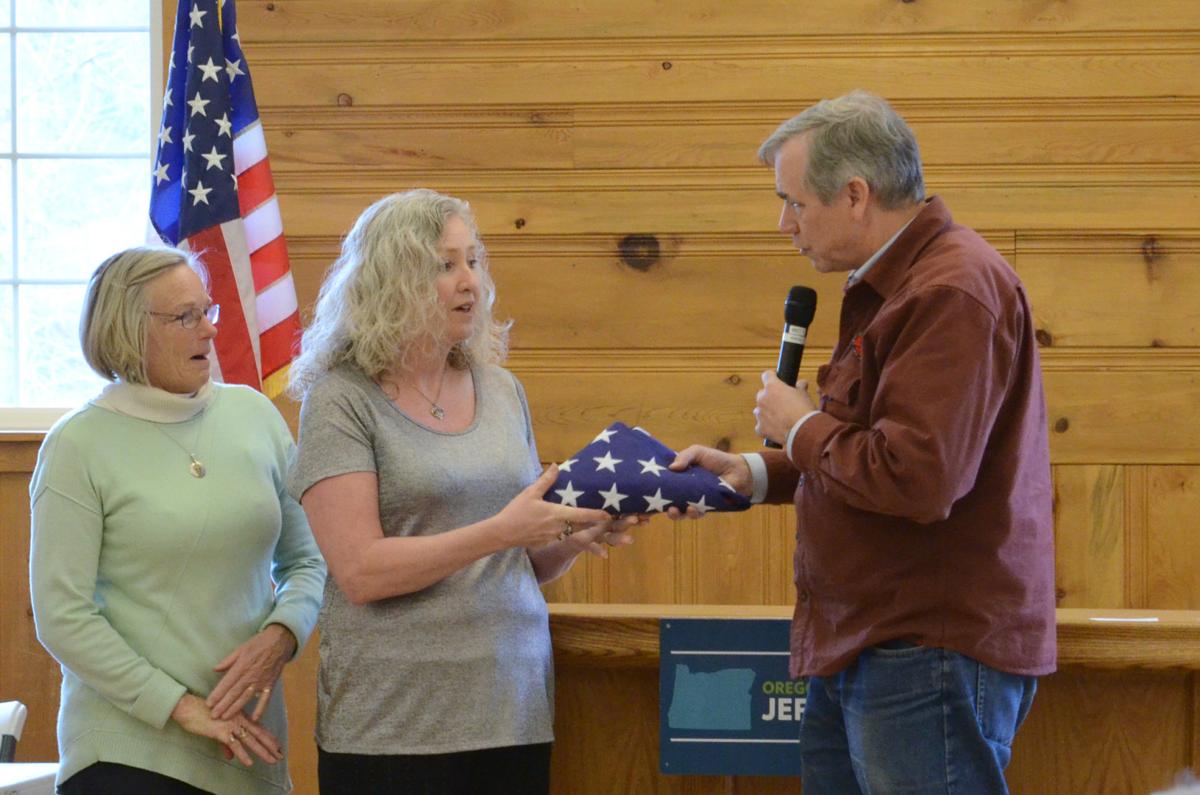 To recognize and celebrate the work done by the Grant County Piecemakers Quilt Guild, Sen. Jeff Merkley gave a flag that has been flown over the U.S. Capitol to Karen Hinton, the president of the guild, Jan. 5 in Mt. Vernon. 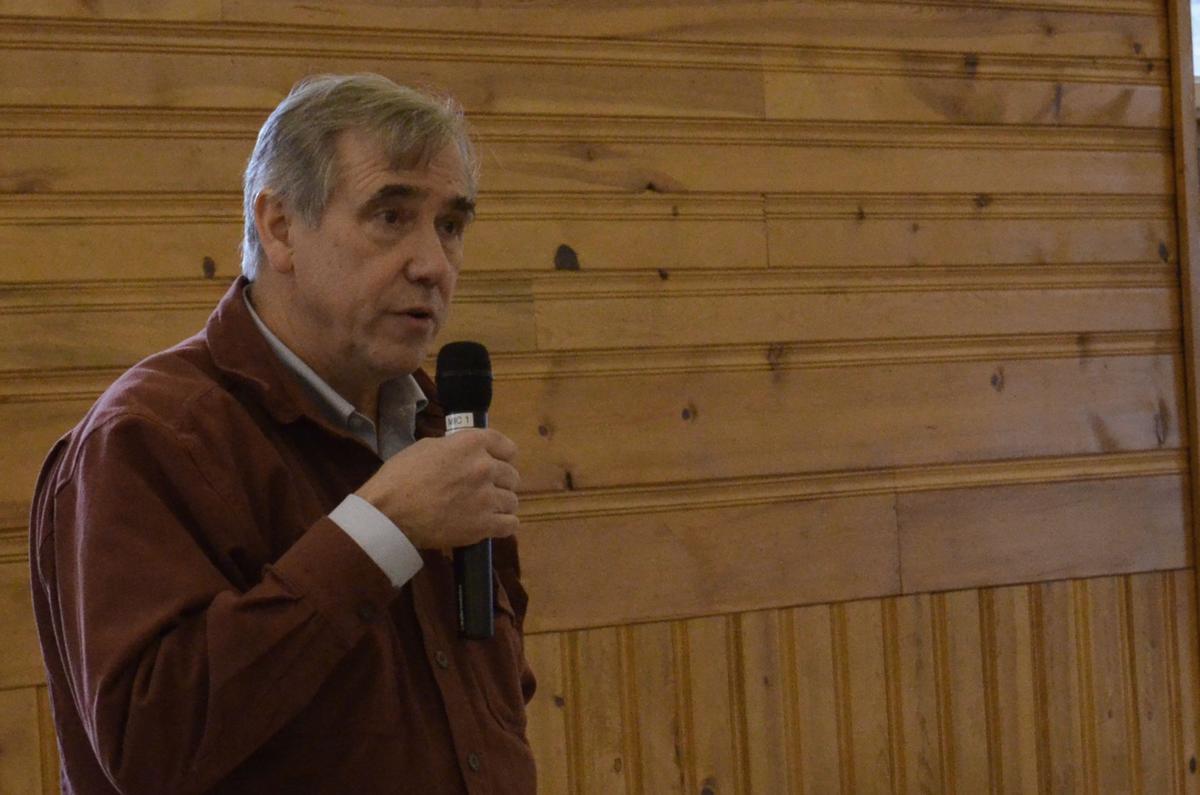 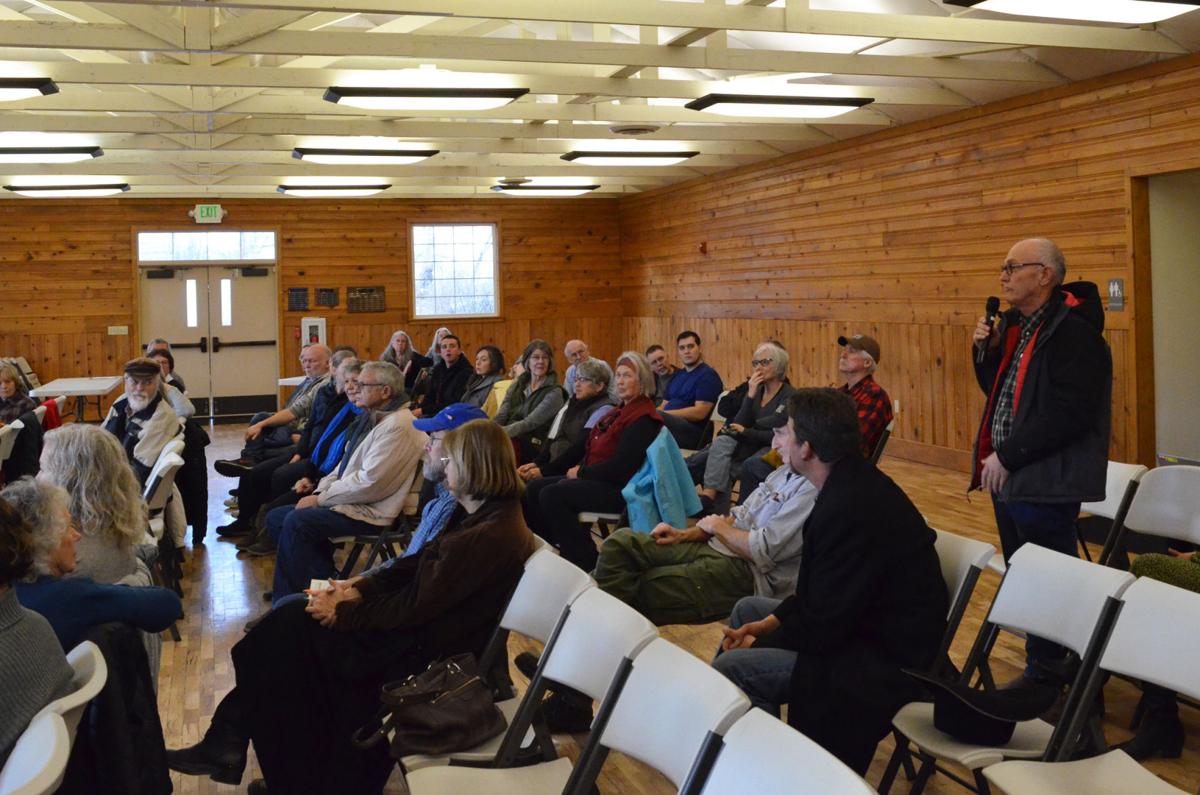 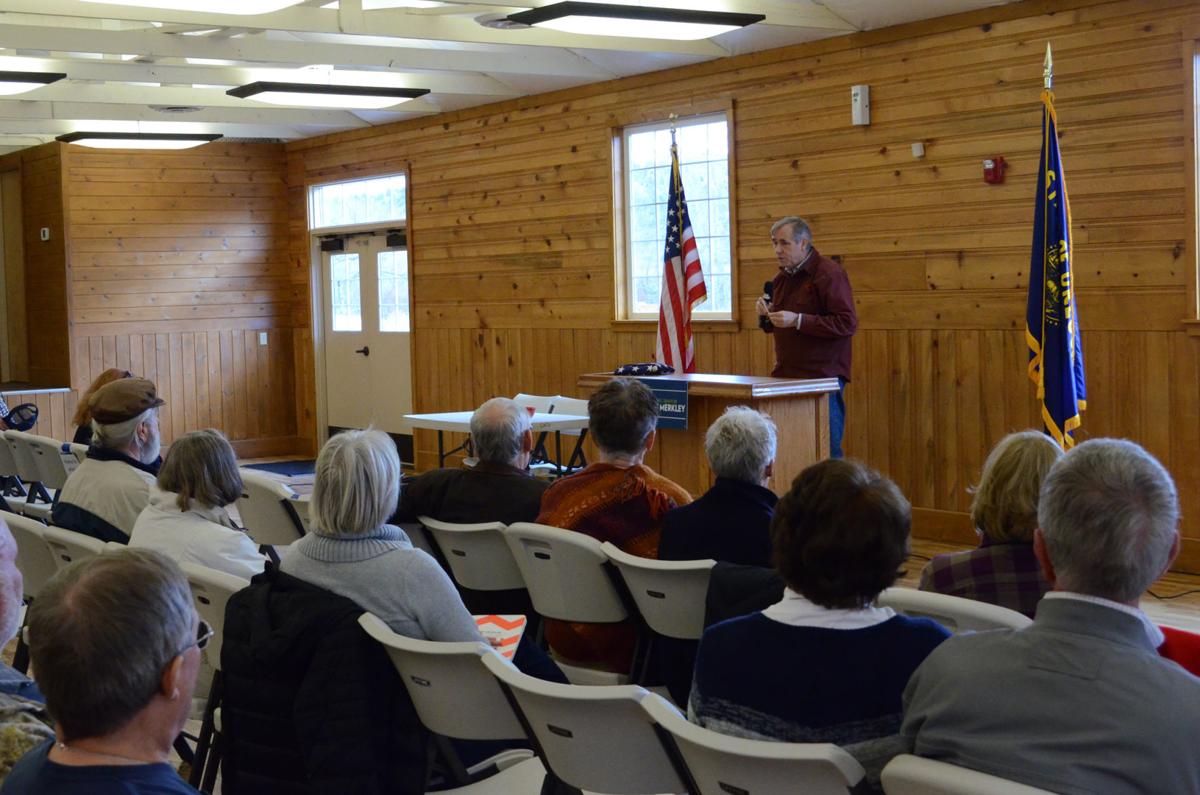 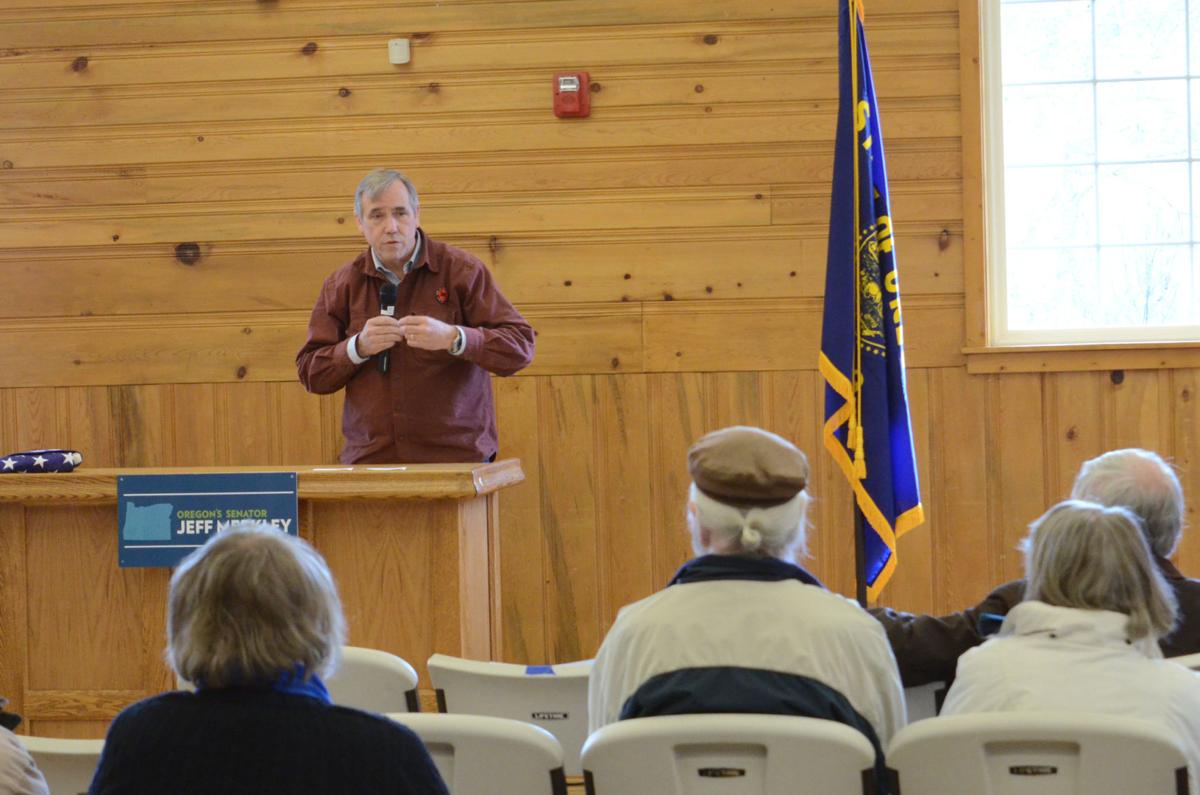 To recognize and celebrate the work done by the Grant County Piecemakers Quilt Guild, Sen. Jeff Merkley gave a flag that has been flown over the U.S. Capitol to Karen Hinton, the president of the guild, Jan. 5 in Mt. Vernon.

Wayne Hunnicutt of John Day asked Merkley about the developing situation in Iran following the death of Soleimani, the Iranian military leader killed in a U.S. strike, and how viable a threat he was to the U.S personnel and interests in the region.

Merkley said Soleimani was the second most powerful person in Iran and was highly respected. His position was equivalent to a defense minister and foreign minister combined because he traveled to diplomatic meetings around the world and was very involved with the Shia militias in Iraq, Merkley said.

“In recent years, Iraqi animosity towards the extent of Iranian influences have grown, and there have been many demonstrations against Iran in Iraq and against the Iranian leadership inside Iran,” Merkley said. “What this assassination does is flip that into anti-American demonstrations in both countries, and Iraq has just voted to throw the U.S. out of Iraq, which is what Iran wanted.”

Merkley said he is concerned about further escalations. Middle East analysts say there is no way Iran cannot respond to their defense minister being killed, he said.

“Let this serve as a WARNING that if Iran strikes any Americans, or American assets, we have targeted 52 Iranian sites (representing the 52 American hostages taken by Iran many years ago), some at a very high level & important to Iran & the Iranian culture, and those targets, and Iran itself, WILL BE HIT VERY FAST AND VERY HARD. The USA wants no more threats!” Trump said on Twitter.

Merkley said a response like this increases Iranian nationalism and could lead to a war.

County resident Katy Nelson asked about affordability and accessibility of health care. Merkley said others have also been asking, and he presented three ideas to lower the cost of drugs.

The first is for Medicare to negotiate the price. The second is to allow Americans to legally import drugs from Canada, which would allow the U.S. to benefit from Canada’s negotiations for the price of medicine. This would be done through carefully audited locations to verify the drugs. The third is to have a company not sell drugs for more than the average price that they sell in Canada, Japan, Australia and other major European countries. The third idea is Merkley’s plan.

Merkley championed his For the People Bill that would take on gerrymandering, voter suppression and dark money in politics.

Impeachment was the next topic. The question was whether or not it is possible for Speaker of the House Nancy Pelosi to withhold the articles of impeachment approved by the House until the next Senate is in session, assuming that Democrats retake control. Merkley said he does not think that will be possible.

“Essentially, the work of any given Congress expires with each term so there would probably need to be a reintroduction of the articles in the House, and it wouldn’t make any sense,” Merkley said. “I think you’ll see those articles transferred by the end of next week. Speaker Pelosi held them over the holidays as a way to highlight the need for the Senate to have a full and fair trial.”

Now that the House is done, the responsibilities are on the Senate to carry out the trial, Merkley said.

In an interview before the town hall meeting, Merkley confirmed that funding for Secure Rural Schools and Payment in Lieu of Taxes have been approved in the spending bill for the fiscal years 2020 and 2021.

“There were a number of legislative miracles to keep the programs alive, and I held a sit-in at the Senate majority’s leaders office,” Merkley said. “I called up Greg Walden and he and his chief of staff came over, and then I called Wyden and then his chief of staff came over, and we insisted that we weren’t going to leave until we had a guarantee that we can put a bill on the floor to extend SRS.”

Bernie Sanders is rising in the polls. Here's why

Trump rages against impeachment while overseas