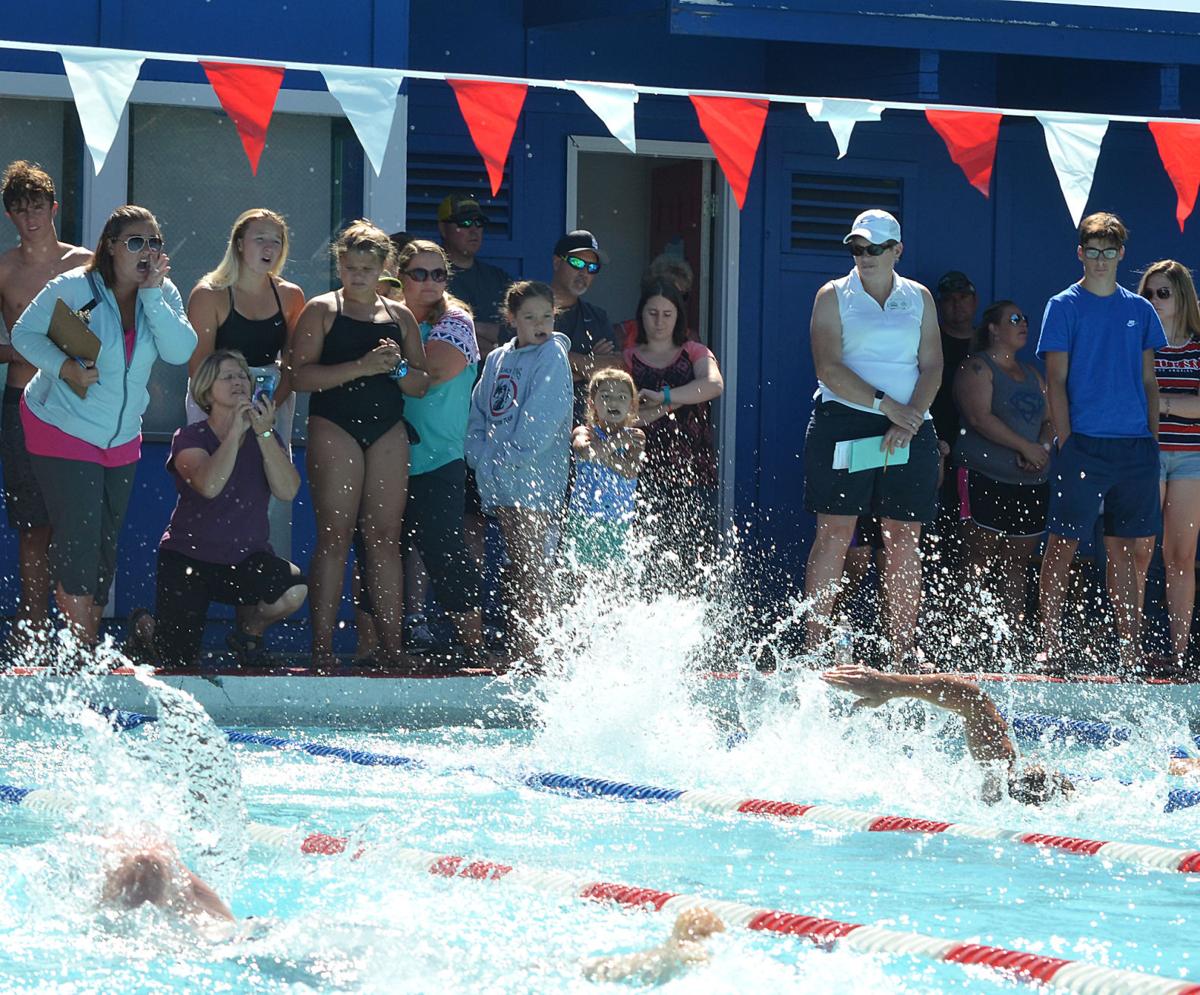 Teammates and friends and family members cheer on swimmers at the East Cascade District Championships at Gleason Pool in John Day in 2019. Unless voters approve a new aquatics district, 2020 may be the final year of operation for Gleason Pool. 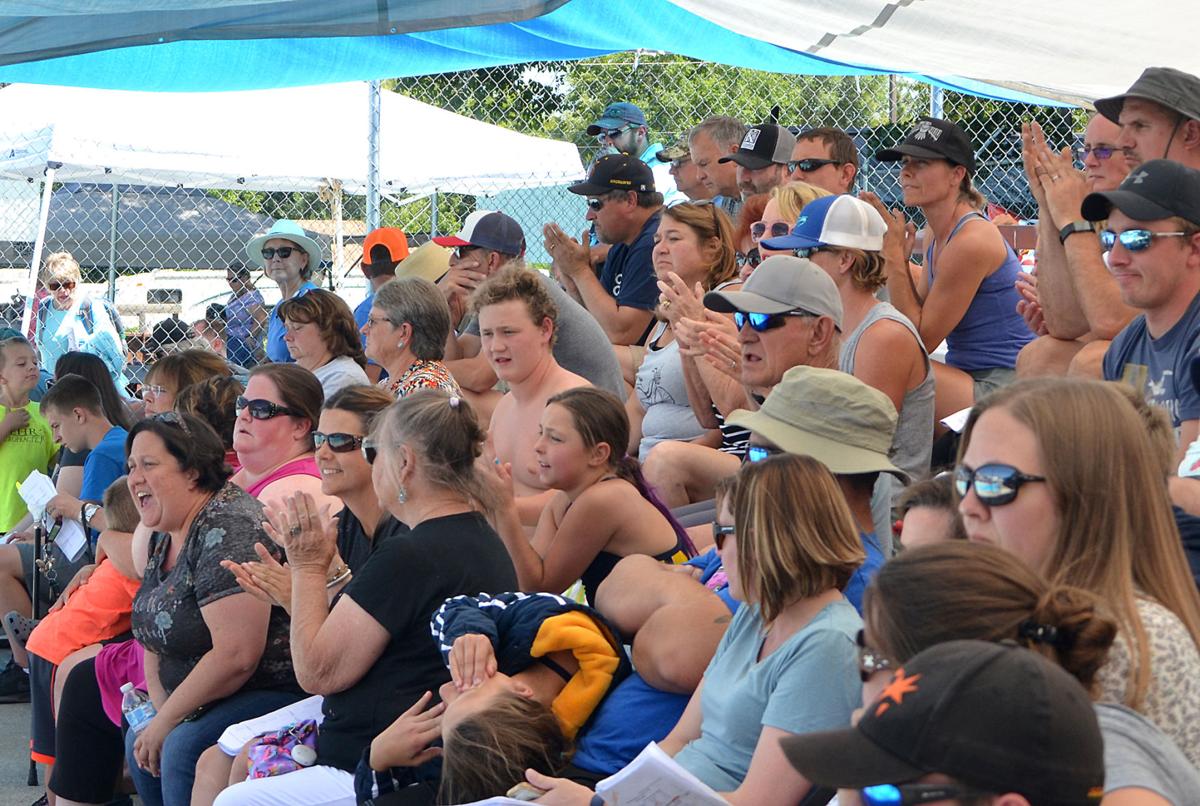 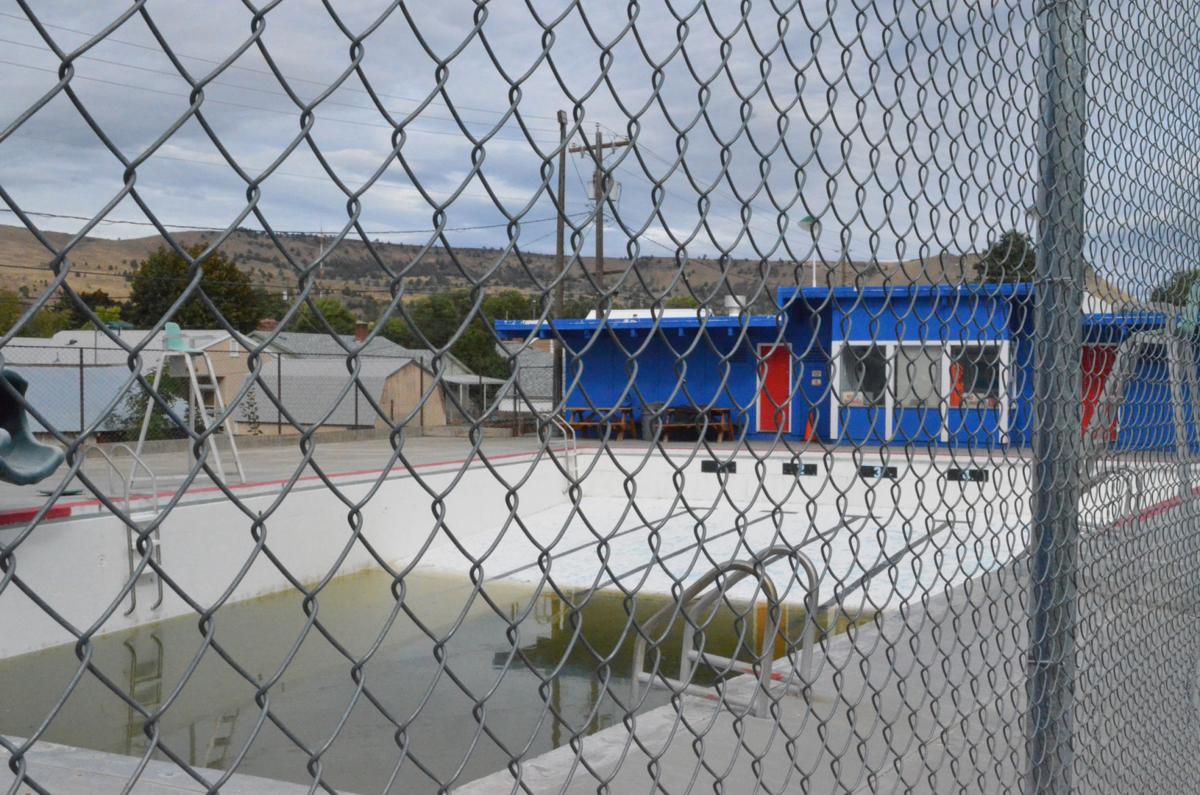 With Gleason Pool in John Day closed for the year, officials have commissioned a feasibility study to determine future options for a pool in Grant County. It’s due back in March. 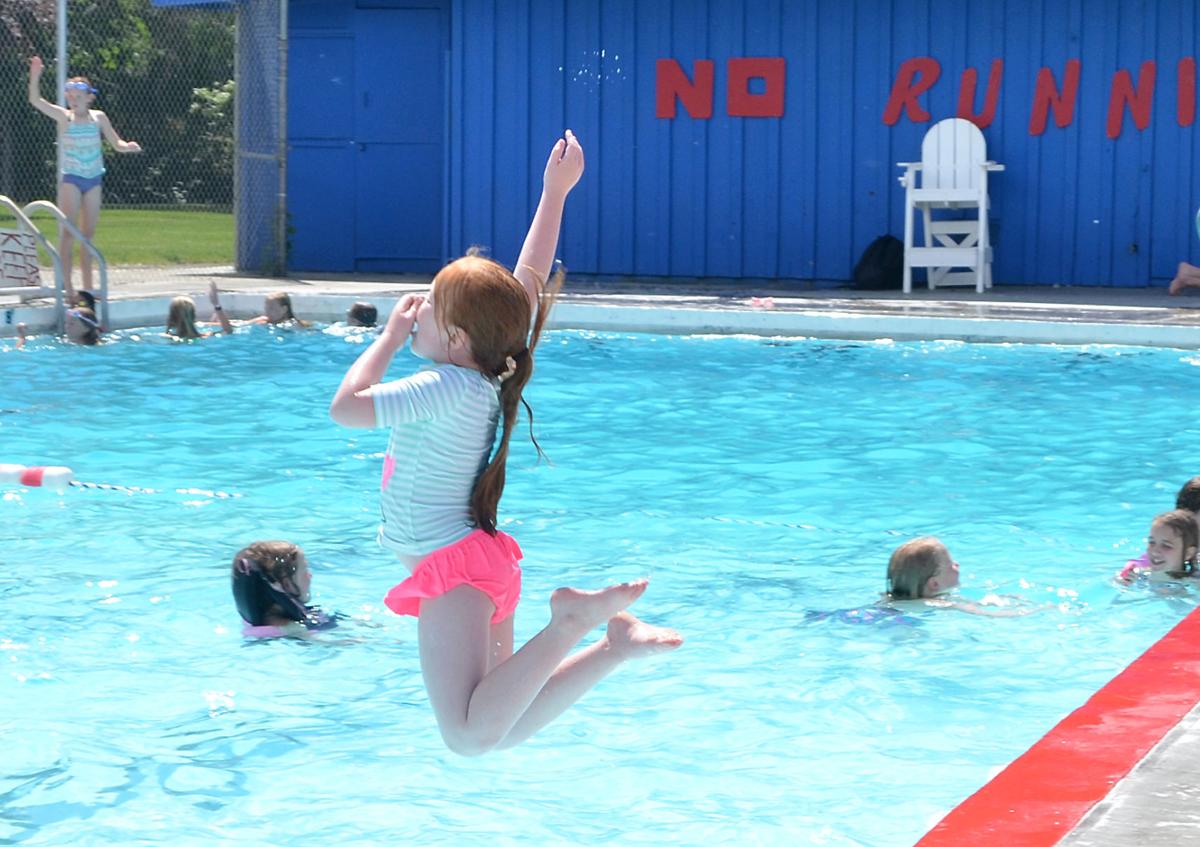 Teammates and friends and family members cheer on swimmers at the East Cascade District Championships at Gleason Pool in John Day in 2019. Unless voters approve a new aquatics district, 2020 may be the final year of operation for Gleason Pool.

With Gleason Pool in John Day closed for the year, officials have commissioned a feasibility study to determine future options for a pool in Grant County. It’s due back in March.

After this summer, it’s likely the fate of a pool in Grant County will depend whether voters approve a new aquatics taxing district in November.

While the city council will receive the final feasibility study on the pool in March, additional planning will continue until May to prepare the ballot measure, Green said. During June and July, listening sessions will be held in the communities that would be affected, and action committees will then present the final plan to be recommended to the county, Green said.

Green said around July 22 the county would have to initiate the referral process to place the measure before voters that would be included in the district.

Gleason Pool will be open for the 2020 season, closing Aug. 22. The parks and recreation district will continue to operate the pool this year.

“At that point, the park and pool revert to the city of John Day: The Parks and Rec. agreement has ended, and they have no further involvement in it by contract,” Green said.

If the measure for the proposed aquatics district is approved, then the city will complete the final designs and planning the next fiscal year with the goal to open a new pool by the summer of 2022, Green said.

The city is interested in selling the property around Gleason Pool to the state to create a new Kam Wah Chung interpretive site. The city is working toward a purchase and sale agreement that could be accepted in September or October, Green said.

The city council agenda adds that proceeds from the sale of Gleason Pool will be used as bridge funds for the design and preliminary engineering of a new facility. If the aquatics district is approved, the purchase and sale agreement will provide an option to continue operating Gleason Pool until the new pool opens.

“The agreement would include an option to lease the pool back from the state for up to three years if voters approve the formation of the district,” Green said. “We would execute that leaseback option for the 2021 season.”

If voters reject the aquatic district in a close election, Green said the proposal could be restructured after listening to the voters to try again in May 2021.

“If it fails in November and in May, John Day has a pool without a budget,” Green said. “We have no tax base to pay for a pool — we relinquished that 30 years ago. We have no staff to operate the pool, and if we move forward with the sale agreement, we would have sold it. My very strong recommendation is if it goes down twice, there’s no point in asking a third time. Which means, as sad as it is, Aug. 22 of this year will be the last day that Gleason is a city pool.”

If the new district fails, the city could choose to reopen Gleason Pool in 2021, according the meeting agenda, but a local option tax would be necessary for funding because the city has not budgeted for operating costs.

“I don’t think it’s in the best interest that we have taxpayers do local option levies to fund a pool in this condition and forgo the opportunity to have the state make a substantial investment in the Kam Wah Chung Interpretive Center,” Green said.

With the retirement of the hospital bond from the local tax rolls next year, taxes for the residents within the proposed aquatic district would not increase above current rates if the ballot measure is approved, Green said.

“If you are for it, you need you to encourage the people that use it, like the swim team and everybody, to get out and get the voters to vote,” John Day Mayor Ron Lundbom said.

Angie Jones, Grant County People Mover executive director, also reminded the audience that there is a public transportation system in the county that goes out to the areas in the proposed aquatic district that can help with transportation to the pool.

In addition to the aquatics center, the city is looking into options to add an indoor recreation center to the area. Green said the possible rec center, however, would be a separate project not funded by the aquatics district. Green said he is having discussions with Grant School District, Grant County and the parks and rec district about funding options.

Feasibility study to clarify questions regarding a pool in Grant County

What was Klobuchar thinking during heated debate moment?

Walkout Day 3: Both sides dig in their heels

Memes are infiltrating the 2020 presidential election