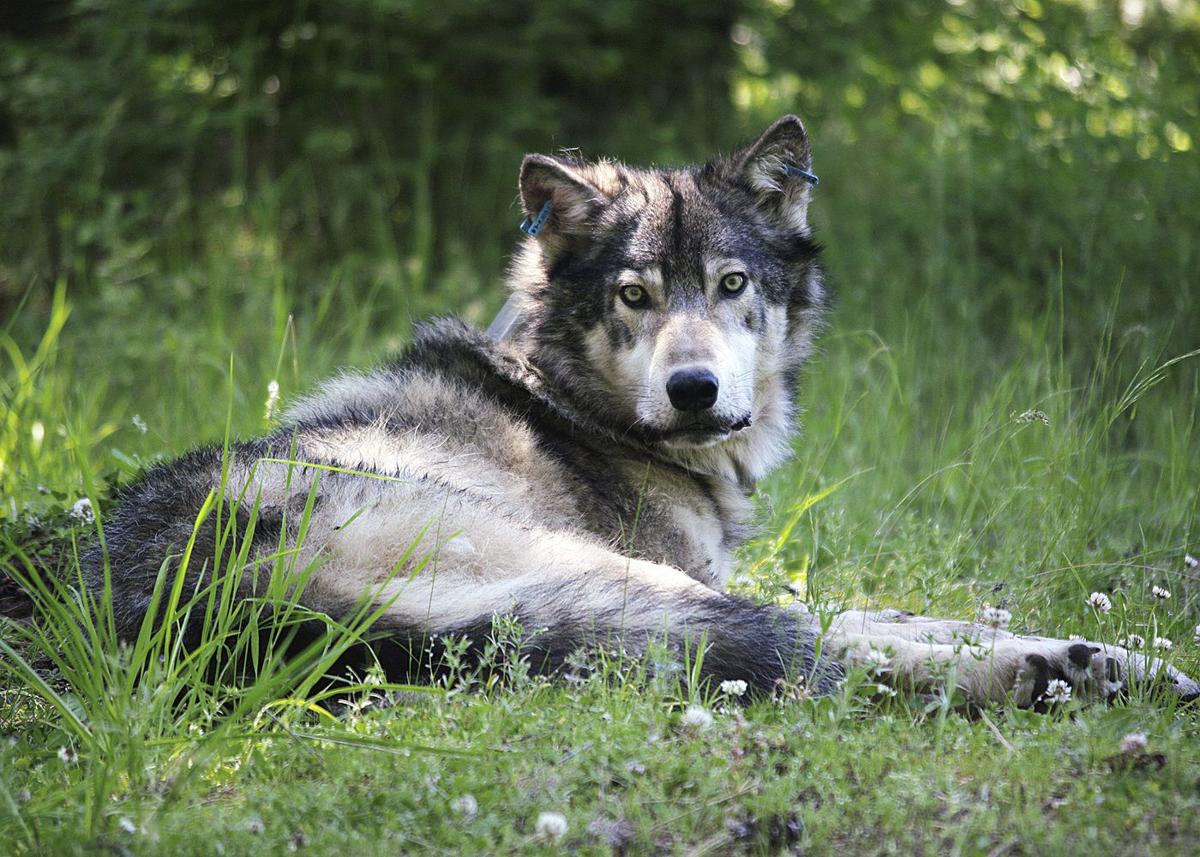 of Oregon Dept. of Fish and Wildlife Despite a number of poachings and other suspicious death, Oregon State Police say there's no reason to believe that there's an organized campaign against grey wolves. 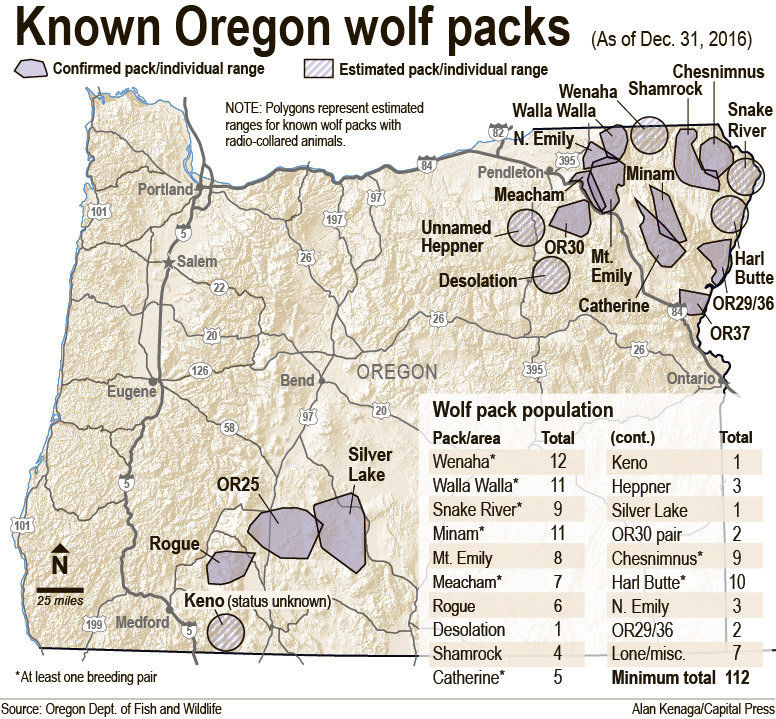 of Oregon Dept. of Fish and Wildlife Despite a number of poachings and other suspicious death, Oregon State Police say there's no reason to believe that there's an organized campaign against grey wolves.

It’s been a bloody year for Oregon wolves, with at least 10 killed under circumstances ranging from authorized “lethal control” due to livestock attacks and a shooting ruled self-defense, to an unintended poisoning and unsolved poachings.

At this point, Oregon State Police have no reason to think there is a concerted action by an individual or group to illegally kill the state’s wolves.

However, the investigation into the most recent killing, a collared wolf designated OR-23, is still active, OSP spokesman Sgt. Kaipo Raiser said.

Steve Pedery, conservation director for the Portland-based group Oregon Wild, warned that a “shoot, shovel and shut up” attitude toward wolves has taken hold in rural Oregon and become part of the political fault line separating factions of Americans.

In Wallowa County, he said, it’s not unusual to see “Smoke a pack a day” bumper stickers.

Doug Cottam, ODFW’s Wildlife Division administrator, said the department is “upset and frustrated by the unlawful wolf killings in Oregon.” Rewards are offered for information leading to arrests.

“Poaching of any wildlife is wrong and harmful to their conservation,” he said in a prepared statement.

Police and ODFW believe the latest wolf was shot Nov. 12 or 13. It was found Nov. 14 in the Chesnimnus hunting area known as Cold Springs, in Northeast Oregon’s Wallowa County. Tracking collars on wolves are designed to emit a mortality signal if the animal does not move for a certain period of time, ODFW spokeswoman Michelle Dennehey said. She assumed that’s what led to finding the wolf’s carcass in this case.

State police found evidence OR-23 was killed by a gunshot, but released no other information.

The wolf was part of the Shamrock Pack. In February 2017, a male from the pack, OR-48, died after it bit or tugged on a M-44 trap set by the USDA’s Wildlife Services to kill coyotes.

In April 2017, the remains of a male wolf designated OR-33 were found about 20 miles northwest of Klamath Falls in the Fremont-Winema National Forest. A necropsy showed it had been shot.

In late October, another collared male, OR-25, was found dead near Fort Klamath in the Sun Pass State Forest. The cause of death was not disclosed.

On Oct. 27, in a case that caused an uproar on social media, an elk hunter told ODFW and OSP he’d shot an uncollared wolf in Northeast Oregon that ran at him while at least two other wolves appeared to be flanking him. The Union County district attorney reviewed the case and decided not to prosecute the hunter; state police said the hunter acted in self-defense.

Conservation groups and others say the 30.06 bullet’s trajectory — through one side and out the other — is at odds with the man’s account. Some accused the hunter of panicking, or of deliberately killing the animal and making up a story to justify it. In an interview with the Capital Press, the hunter said he believed he was in danger. When the wolf ran at him, he said he screamed, raised his rifle, saw fur in the scope and fired. A shell casing was found 27 yards from the wolf’s carcass.

In August, ODFW killed four wolves from the Harl Butte Pack after a series of attacks on cattle. In September, a livestock producer acting with authorization from ODFW shot a Meacham Pack wolf to protect his herd.

Yet another wolf, OR-42, the breeding female of the Chesnimnus Pack, was found dead in May. The cause of death was undetermined, but foul play was not suspected. Meanwhile, several wolf deaths from 2015 and 2016 remain unsolved.

Pedery, of Oregon Wild, said the conservation group is not aware of an organized effort to kill wolves. But he said the ODFW-sanctioned killing of wolves for livestock attacks helps establish an atmosphere in which poachers feel they can get away with it or are justified.

In rural Northeast Oregon, where the majority of Oregon’s wolf packs live, the situation is layered with a decade of livestock losses, the cost and worry of non-lethal deterrence and resentment over urban residents weighing in on what are considered local matters. Divisive national politics find expression in anti-wolf reactions as well, Pedery said.

Other observers point out that Oregon’s steadily increasing wolf population, and their dispersal from Northeast Oregon, means armed hunters are more likely to encounter them in the wild.

Carter Niemeyer, a retired federal wildlife biologist with extensive experience tracking, trapping and occasionally shooting wolves, said wolves are potentially dangerous but unlikely to attack humans. A shout or warning shot should scare them off, he said, and he suggested hikers carry bear repellent spray if they are worried about bears, cougars, coyotes or wolves.

Anyone with information about the most recent wolf killing is encouraged to contact Sgt. Chris Hawkins at OSP’s La Grande Patrol Office, 541-963-7175, extension 4670. People also can provide information anonymously by calling the Turn In Poachers (TIP) hotline at 1-800-452-7888.