Rocky Mountain Utility Works trucks park in John Day en route to the western side of the state to help restore power after recent storms. 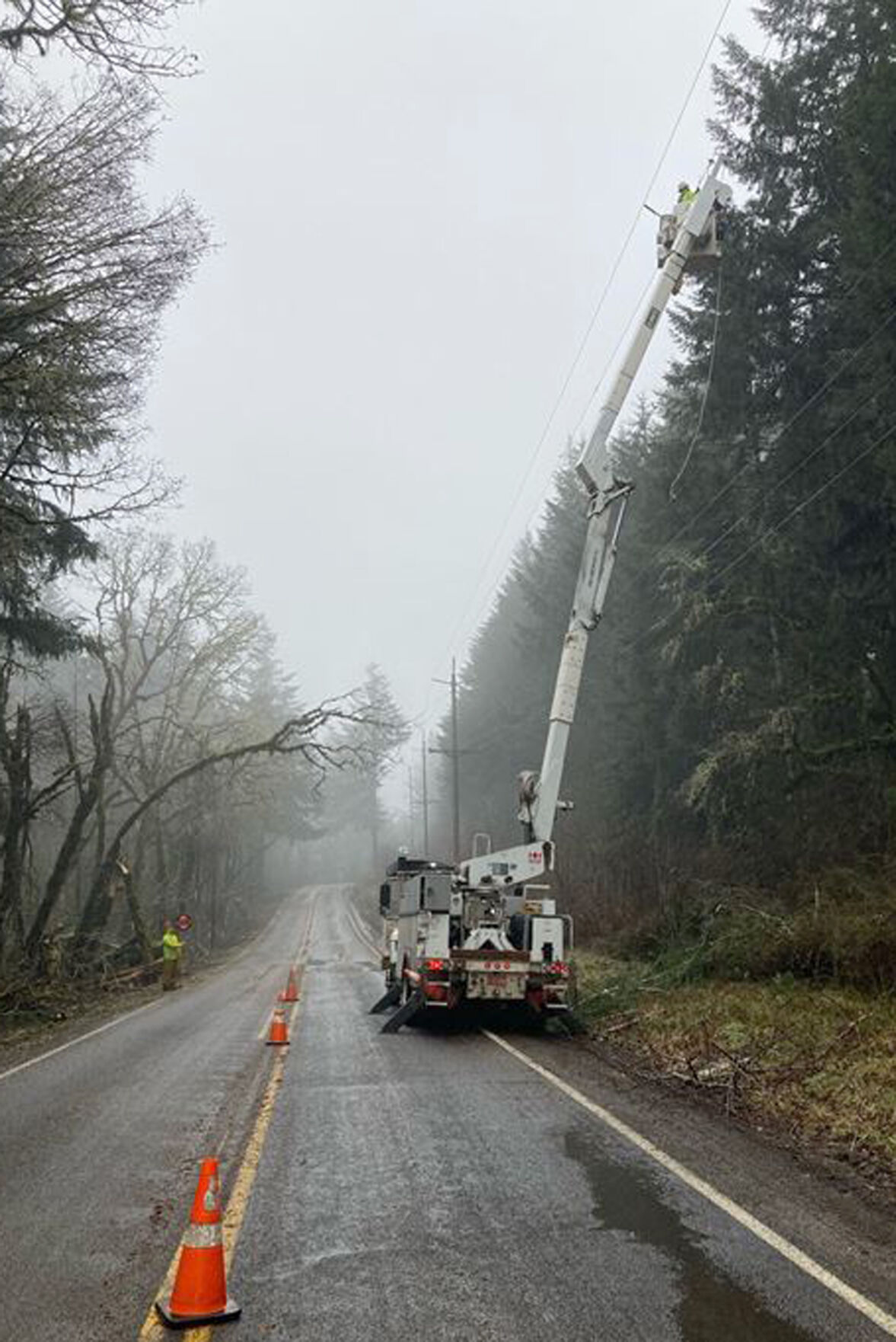 Rocky Mountain Utility Works trucks park in John Day en route to the western side of the state to help restore power after recent storms.

As the snow and ice from last weekend’s storm started to melt, many Portlanders were still without power, heat and other services.

Oregon Trail Electric Cooperative sent a four-person crew to the west side of the state in Benton County to help restore service in those communities, according to a press release from the cooperative.

The press release said that a sister power company, Consumers Power Inc., based in Philomath, put out a call for help after the catastrophic storms damaged the infrastructure throughout its service territory, extending from the coast to the Cascades.

Meanwhile, a crew of 32 workers from Rocky Mountain Utility Works out of Salt Lake City passed through John Day for lunch as they were en route to help the west side of the state get its power back on.

Mike Clark, a supervisor with Rocky Mountain, said he and his crew would be assisting in Albany and Portland for as long as it takes to get service back on for people.

On Feb. 17, Portland General Electric tweeted, “Due to the significant damage caused by this historic storm, restoring all customers could take many days. Mutual Assistance crews are here from out of state to help, so we can get your power on as quickly as safety allows.”

The cooperative has a mutual aid agreement through the Oregon Cooperative Network and sent a crew to Western Oregon during the Labor Day wildfires.

“This shows the power of the cooperative network and exemplifies the cooperative principle of Cooperation Among Cooperatives,” Mike Pommarane, director of operations for the cooperative, said. “OTEC member-owners can rest assured that if we found ourselves in a similar emergency situation, co-ops from across Oregon would be at our doorstep in a moment’s notice to help us.”